Increasingly, there's nothing super about a supercar if it's not electric.

Last week, British magazine Autocar reported that Audi will make that leap for its next-generation R8 sports car, converting it from a pounding gas-fueled V-10 engine to purely electric power.

The company built an electric version of the R8 in 2015, but it was a limited edition for special-order only. The R8 e-tron cost $1.1 million and the company built fewer than 100.

This time around, reports say that the electric drivetrain won't be optional. It will be the only one available.

The transition to electric power could allow Audi to boost the current car's 602 horsepower to 1,000 hp, putting it solidly in hypercar territory. 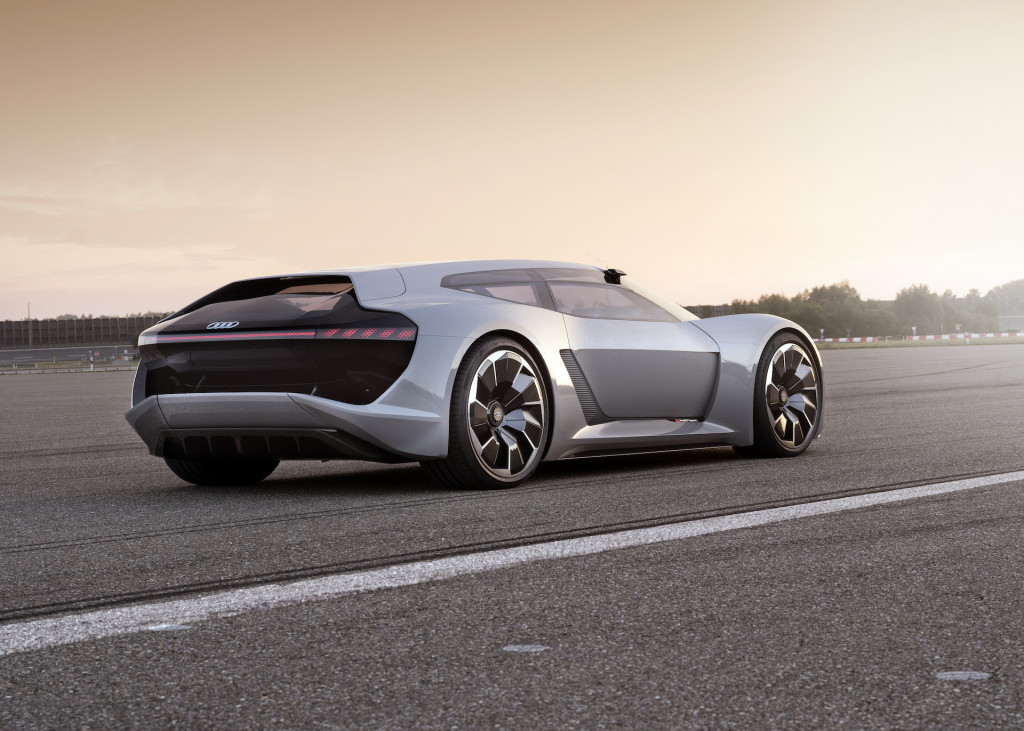 Autocar reported that the electric R8 will draw inspiration from the PB18 concept car shown at the  Pebble Beach Concours d'Elegance in California last month. The electric powertrain, with batteries stacked behind the cockpit, allows more interior space in the PB18. That makes it more of a blindingly-fast grand-tourer than a track-oriented sports car.

Audi cites a top speed of 186 mph and acceleration from 0-62 mph about 2 seconds.

Under pressure from its role in parent-company Volkswagen's diesel emissions scandal, Audi is moving to build a variety of e-tron electric models.

The first is mid-size crossover SUV is scheduled to debut on Sept. 17 that will go on sale later this year. Next, a coupe-like version of the e-tron SUV is expected to arrive, then a sleek sedan designed to rival the Tesla Model S.

Audi is also developing solid-state batteries, which the company plans to have on the market by 2025, to power its new lineup of electric cars.