Most notably, the sound of squealing tires stands out as the loudest sound you hear—when drivers burn rubber at the start to warm up the tires, try to out-brake each other into tight turns, or overcook corners. In most auto races, engine sounds largely drown out these harbingers of hard racing.

The Formula E race series wrapped up its season with a 43-lap race on the waterfront in Brooklyn, New York Sunday afternoon.

READ THIS: Why all electric-car owners should follow Formula E racing

The winning car of team Techeetahs, driven by Jean Eric Vergne, covered the 63-mile race at an average of 62.6 mph. His fastest lap around the 1.5-mile circuit was 1 minute, 15.979 seconds. The race clinched the series for the Audi team after Vergne's teammate Andre Lotterer jumped the starting line and was given a 10 second penalty.

According to the rules, the cars carry 28-kwh battery packs that produce 270 horsepower in qualifying. Their output is limited by the rules to 241 horsepower during the race.

So far, these batteries only carry the cars halfway through the race. At the halfway point, drivers hop out and jump into a fresh car. Those that come back out on the track sound and look a lot faster, at least for the first few laps.

Energy management is a key competitive strategy in Formula E. At the beginning of the race, and again right after the second cars come out with full batteries, regenerative braking is limited by how much empty capacity the batteries have. Drivers constantly adjust the brake balance front to rear to compensate for increased or diminished levels of available regen available at the rear axle. Sometimes when they get it wrong, spectators hear a lot more of that tire screeching as the cars dive into the corners.

Power and remaining battery levels are constantly streamed back to race organizers (but not teams) and to spectators on TV. 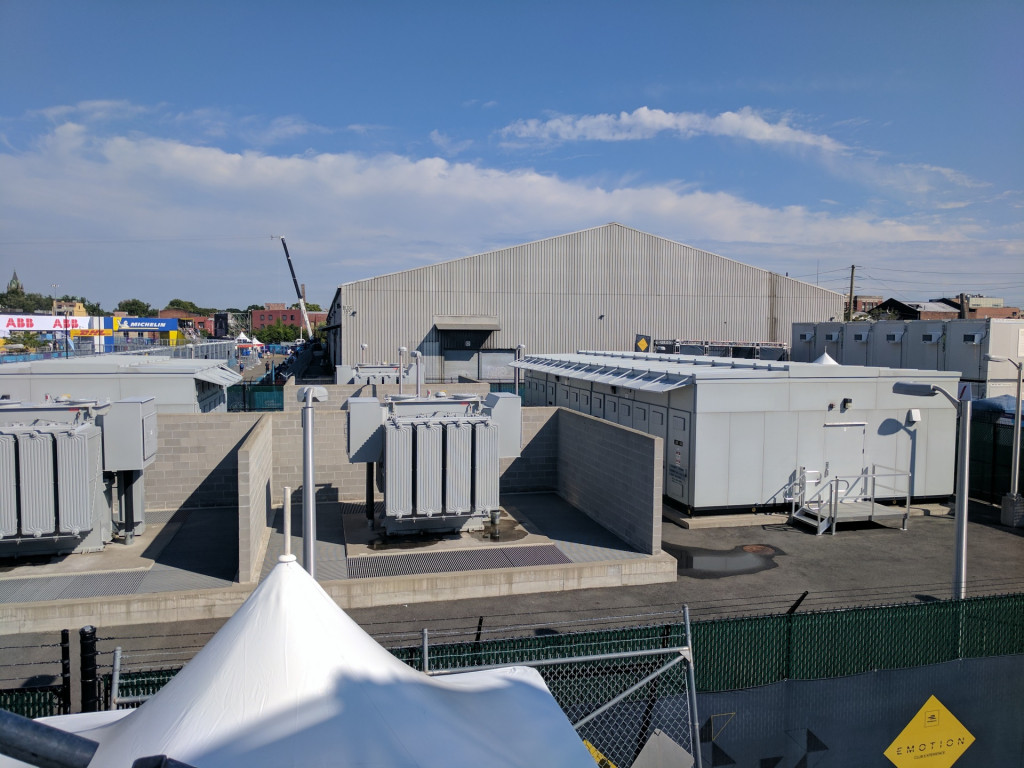 Since no charging is available during the race, and charging levels aren't very fast anyway—just 42 kw—managing the energy of the first car and judging when to swap into the second car are key strategies. Some teams delay the swap to get the most performance out of the second car.

Next year, a rules change will bring bigger 54-kwh batteries that will last the duration of the race.

Beyond the battery, teams use different drivetrain strategies. With speeds up to 140 miles per hour (the governed top speed in the rulebook), and a competitive dash off the starting line, some teams favor multiple gears, with up to a 3-speed gearbox. Others use a single speed like an electric car for the street, because shifting interrupts both power delivery and regenerative braking. Most teams this season stuck with a single-speed gearbox.

CHECK OUT: 11 things you need to know about Formula E electric-car racing

Some teams also stick to a single motor, while others use two.

The winning Techeetah team uses a single-speed gearbox and a single motor. It buys its cars from the Renault e.dams team, but has developed its own software strategy.

Since racing pushes the limits of new cars and technology, the Formula E series could help develop more powerful and efficient drivetrain strategies for everyday electric cars in the future.

Update: An earlier version of this story inadvertently referenced car specs from an earlier Forumla-E season. The specs have been corrected, and we're sorry for the error.