Outside sits not a Nissan Leaf nor a Chevrolet Volt, but a Tesla Model S awaiting its chance to astonish his paternal ancestor—and Zev caught the whole experience on camera.

One idyllic summer afternoon in Toronto, Ontario, Zev's grandfather first inquired about the car from the comfort of his couch.

"You couldn't drive up to Sudbury, I'm sure," he says, half stating and half asking about the possibility of a 250-mile journey 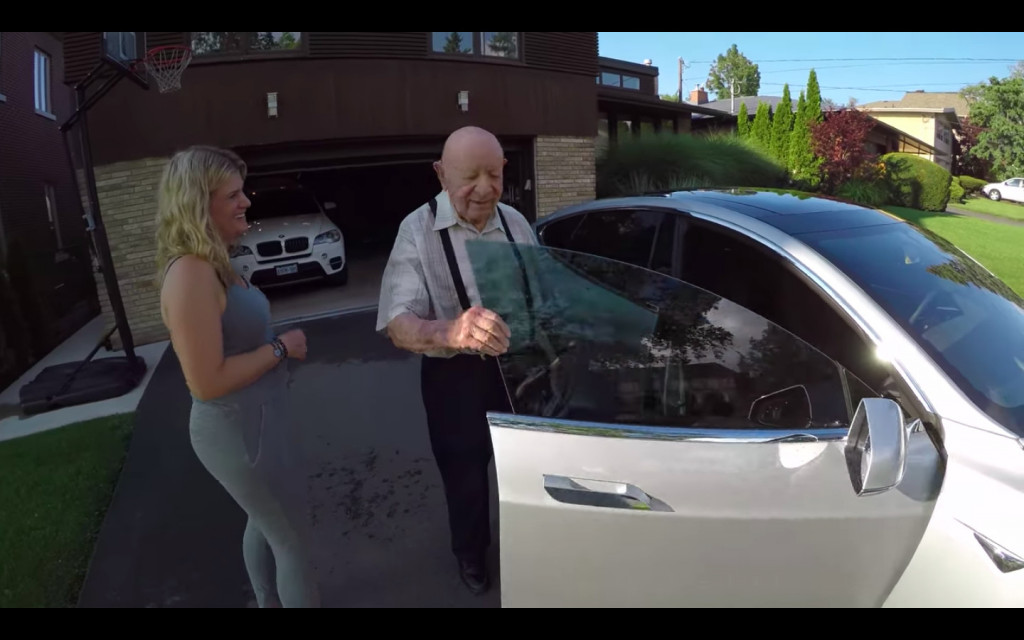 "Yes, you can," Zev replies, and explains the specifics of charging using Tesla's Supercharger network.

He also shows his grandfather the Tesla charging station mounted to the garage wall.

You can see the absolute wonder, and slight confusion on Zev's grandfather's face during the conversation, as he attempts to wrap his thoughts around the idea of an electric car you can drive for hours and hours and hundreds of miles.

CHECK OUT: Tesla Model S battery life: what the data show so far

But the real kicker in the video is when Zev takes his grandfather for a drive.

After his experience riding in the passenger seat—which includes Grandpa exclaiming, "You've got to have a parachute to drive this car!"—the 97-year-old is completely and literally lost for words.

Check the video above to see the magic for yourself.