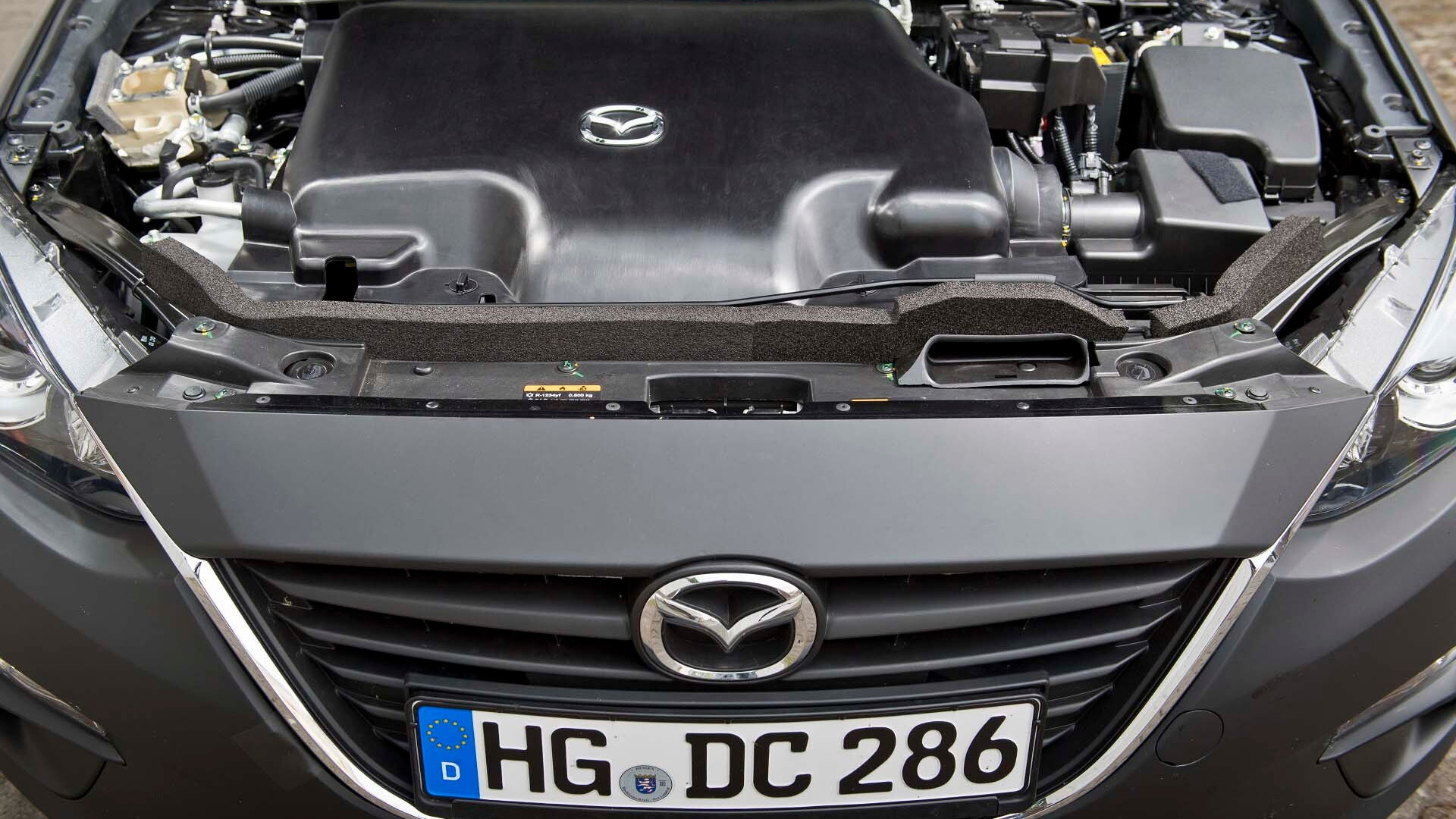 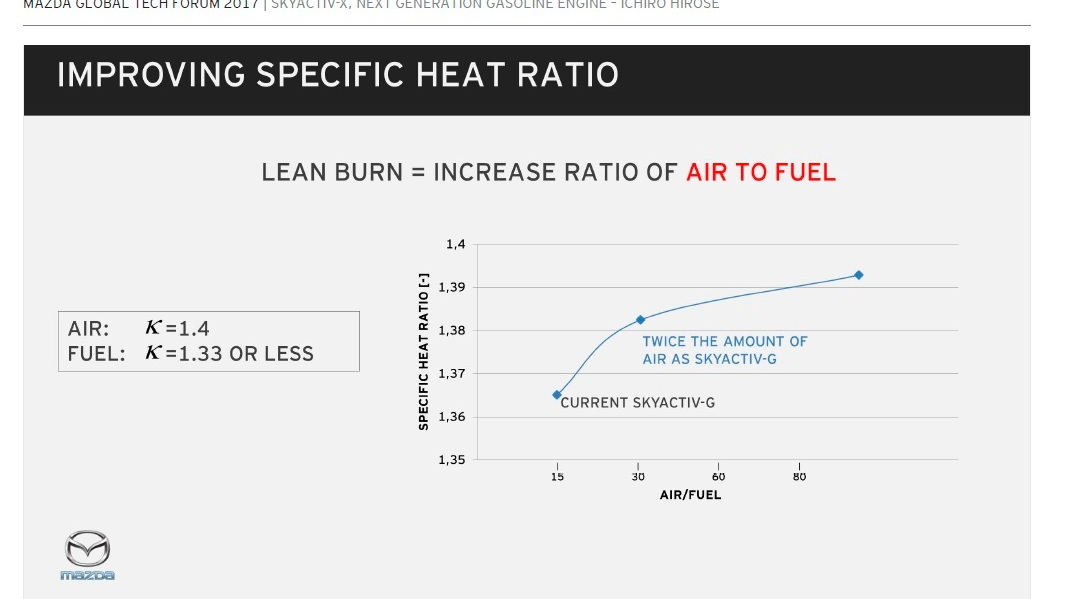 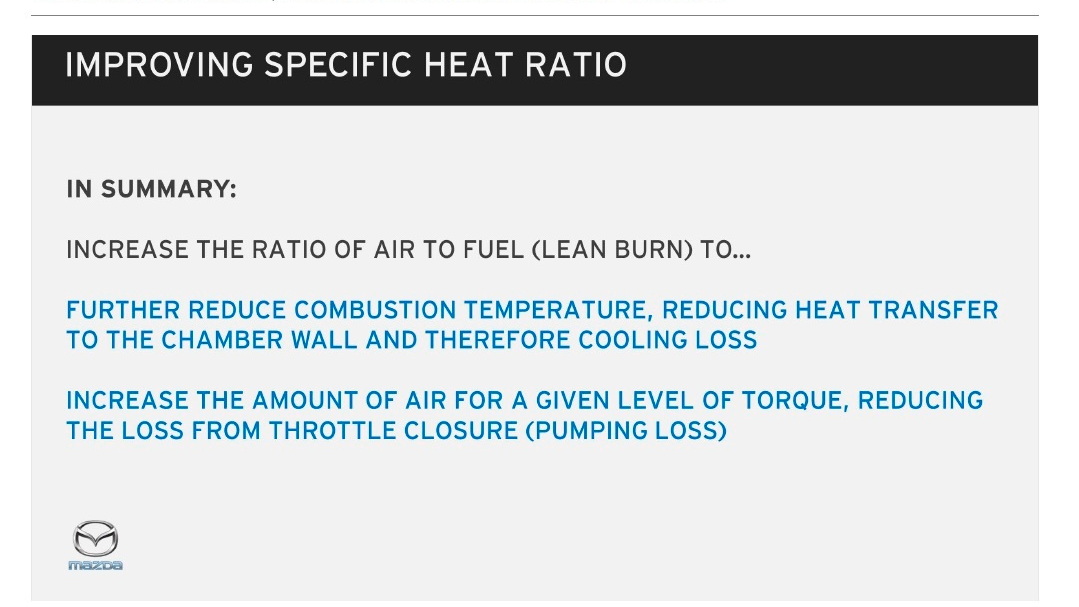 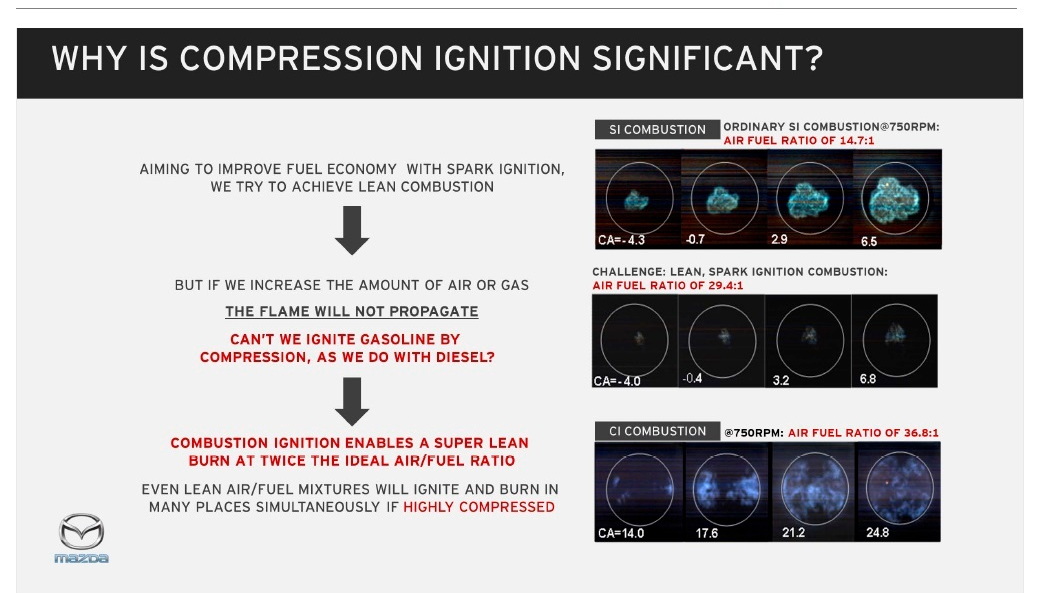 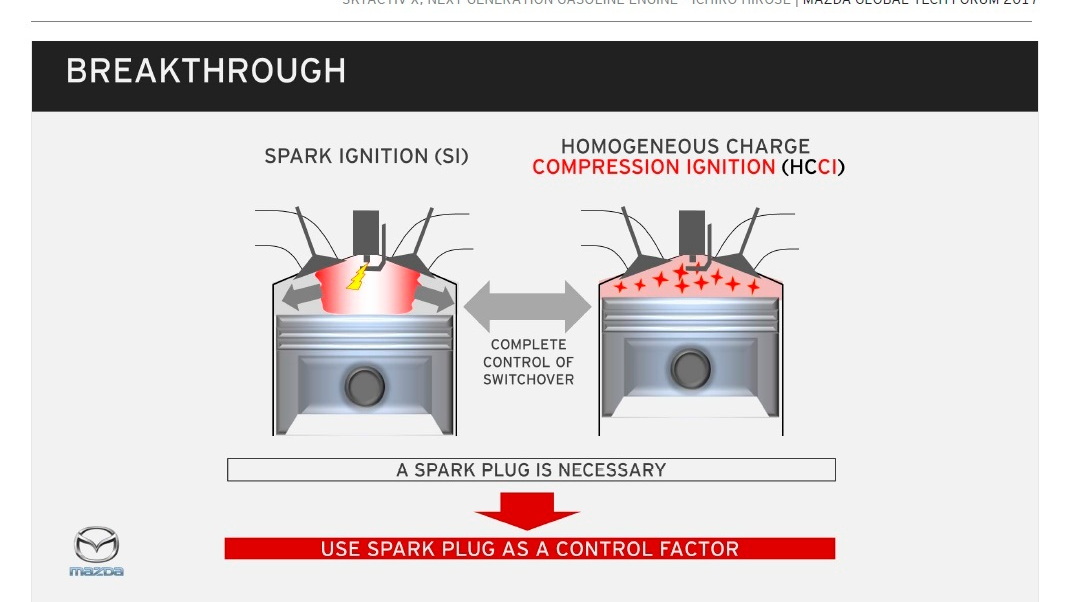 The internal combustion engine, now more than 200 years old, will be with us for a long time to come yet.

Powering more than 1 billion vehicles on the planet and almost 100 million new ones each year, it is the default way to move vehicles along the world's roads.

With its carbon emissions now conclusively implicated in climate change, electric cars may seem like a panacea—but they will take many decades to become even half of the planet's vehicle fleet.

With that in mind, small Japanese carmaker Mazda has put a huge amount of research into improving the thermal efficiency of the standard combustion engine to lessen its ill effects on the environment.

The average gasoline engine wastes 70 to 75 percent of the fuel's energy content in heat and noise. Suppose that could be improved on, without expensive add-on ancillaries or hybrid systems with battery packs?

Two weeks ago, we drove running prototypes of the company's latest evolution of its SkyActiv engines, which will be the first mass-produced engines to operate on the principle of homogenous charge compression ignition, or HCCI.

What Mazda calls its SkyActiv-X series represents the next evolution from the SkyActiv-G gasoline engines it launched in 2012.

With the highest compression ratio of any gasoline engine in production—14 to 1—those 2012 powerplants burned a leaner air-fuel mixture and consumed roughly 20 percent less fuel than engines of similar output from other makers.

That new engine will arrive for 2020, and it represents another leap in improvement. Mazda's achievement in putting an HCCI engine into production means it will have reached what engine designers for decades have considered a Holy Grail of efficiency.

The idea is to create an engine in which an exceptionally lean air-fuel mixture spontaneously combusts under compression alone. That’s how a diesel engine works, but the SkyActiv-X engine burns gasoline and its compression ratio of 15 or 16 to 1 is lower than that of many diesels.

While HCCI requires less fuel for the same specific output, any such engine must also be capable of operating with much richer air-fuel mixtures, ignited by a spark plug, to develop maximum power—which requires a lower compression ratio.

Previous attempts at HCCI engines from Daimler, General Motors, Nissan, and other makers varied the compression ratio within the combustion chamber mechanically.

From hinged connecting rods to crankshafts whose throws could be varied, rather like valve timing, they were fiendishly complex and added numerous additional parts within already complex internal combustion engines.

That spreads a pressure wave that further compresses the lean air-fuel mixture, which then ignites on its own, not as a result of being sparked.

Its simplicity is indicated by the use of a slightly strengthened conventional SkyActiv-G block, with three alterations to ancillary components that make the lean combustion possible.

First, a very precise direct-injection system operates at much higher pressures than customary for a gasoline engine: 200 bar, or about 2,900 pounds per square inch.

This isn’t as high as the most recent diesel engines, at up to 2,200 bar or 32,000 psi, but it allows the fuel to be precisely injected into the right place below the spark plug despite the high compression ratio.

Second, an air compressor—Mazda goes to great lengths not to call it a supercharger—packs more air into the cylinder to keep the main air-fuel mixture sufficiently lean.

Finally, and most important, sensors in each cylinder and the most powerful engine-control processor Mazda has ever fitted allow real-time adjustment of the air-fuel mix and spark timing for each successive combustion event.

Previously, a 4-cylinder engine would be adjusted after all four cylinders had fired once. Now, the mix in each individual cylinder can be adjusted on the fly to ensure maximum efficiency depending on the operating demands.

That’s something Mazda couldn’t have done until very recently: When the company’s development engineers had tried it with a 2012-vintage SkyActiv-G engine, the engine control unit simply froze under the computational load.

Only with half a decade’s advance in computing power could the necessary precision be achieved to adjust each combustion event in real time.

The engines we drove had a handful of rough spots in their software mapping, producing the occasional stumble or rough transition among engine speeds and gears.

But the results, taken directly from data loggers wired to the test cars' control systems, were impressive.

Of the two prototype 2020 Mazda 3 development cars we drove, the six-speed manual version delivered 34.6 mpg and the one with Mazda's six-speed automatic transmission returned 39.9 mpg.

Some of the drive cycle was standard traffic around suburban Frankfurt, including low-speed residential and town stop-and-go, but we also spent a few miles at up to 160 km/h (100 mph) during two short stints on the autobahn.

More interesting yet, the output from the data loggers showed that the engines in both cars spent more than 90 percent of their time in HCCI mode.

If these test results translate into production cars, Mazda will be able to offer a SkyActiv-X engine that's only somewhat more expensive than its current 2.0-liter model with far better fuel efficiency.

A reduction in carbon emissions and running costs of up to 20 percent is rarely found in new vehicles, much less with an engine that adds only an air pump, high-pressure fuel injectors, and in-cylinder sensors.