When it comes to alternative fuels, the discussion usually centers around compressed natural gas, or biofuels like ethanol or biodiesel.

But before the concept of low-carbon or carbon-neutral fuels even existed, a few early makers and desperate drivers tried something completely different.

They powered their vehicles with wood, the same fuel used to power many of the earliest combustion-powered vehicles, including railroad locomotives and steamships.

Wood-powered cars achieved prominence briefly during the early 20th century—but there are good reasons why we don't use wood to power cars today, notes a recent article on the subject in Hemmings Daily.

These cars relied on gasification, a process by which gases produced by burning wood are routed into the engine's cylinders to be compressed and ignited, just as a gasoline-air mixture is in conventional cars.

Wood-gas generators for cars became popular in Europe both immediately after World War I and during World War II, according to Hemmings, primarily due to gasoline shortages. 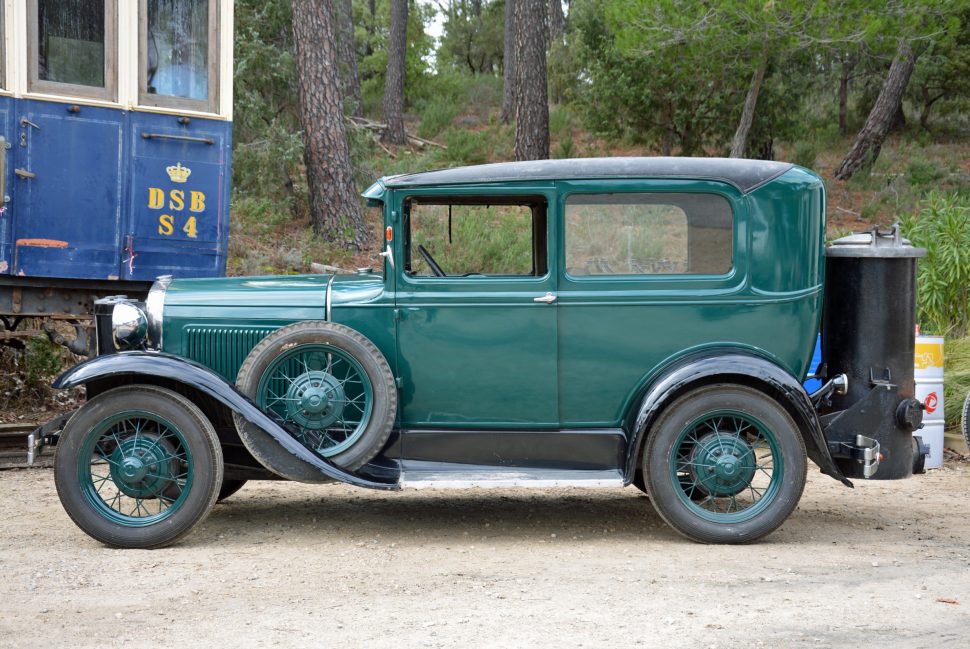 While wood power received some initial attention from early automakers, they eventually abandoned the idea. Instead, aftermarket companies sold kits to be retrofitted to existing cars.

Immediate issues were the weight of the wood-gas generator systems, the fact that they lowered engine power, and the sheer amount of wood they required.

According to a manual published in the late 1930s, an average truck could be expected to burn 220 pounds of wood every 62 miles.

Refueling was not as simple as chopping down trees, either.

Most systems required wood, in chunks no larger than 3 inches long and 2 inches in diameter, that had been stored for at least six months to dry fully.

Hardwoods like birch and oak worked best, and woods with high resin content had to be avoided. Some systems were configured to burn charcoal, which had its own drawback: high sensitivity to humidity.

Most systems included a stove for burning the fuel, as well as a cooler and filter for the gases produced, all connected by a network of pipes.

Operating a wood-powered vehicle was also quite labor intensive—even by the standards of early cars.

Hemmings looked at a system installed on a Ford Model A with a stove that required stoking with both wood and charcoal, the latter used to filter the gas en route to a filter/radiator mounted up front.

During startup, the driver had to test whether the gas was pure enough to use in the engine, a process that sometimes resulted in a fireball.

Given all that, perhaps it is not surprising that wood-powered cars never really caught on.

Luckily, today's biofuels—most of them starting with plants or agricultural materials—are increasingly designed to "drop in" to existing vehicles and fueling systems with far less modification.