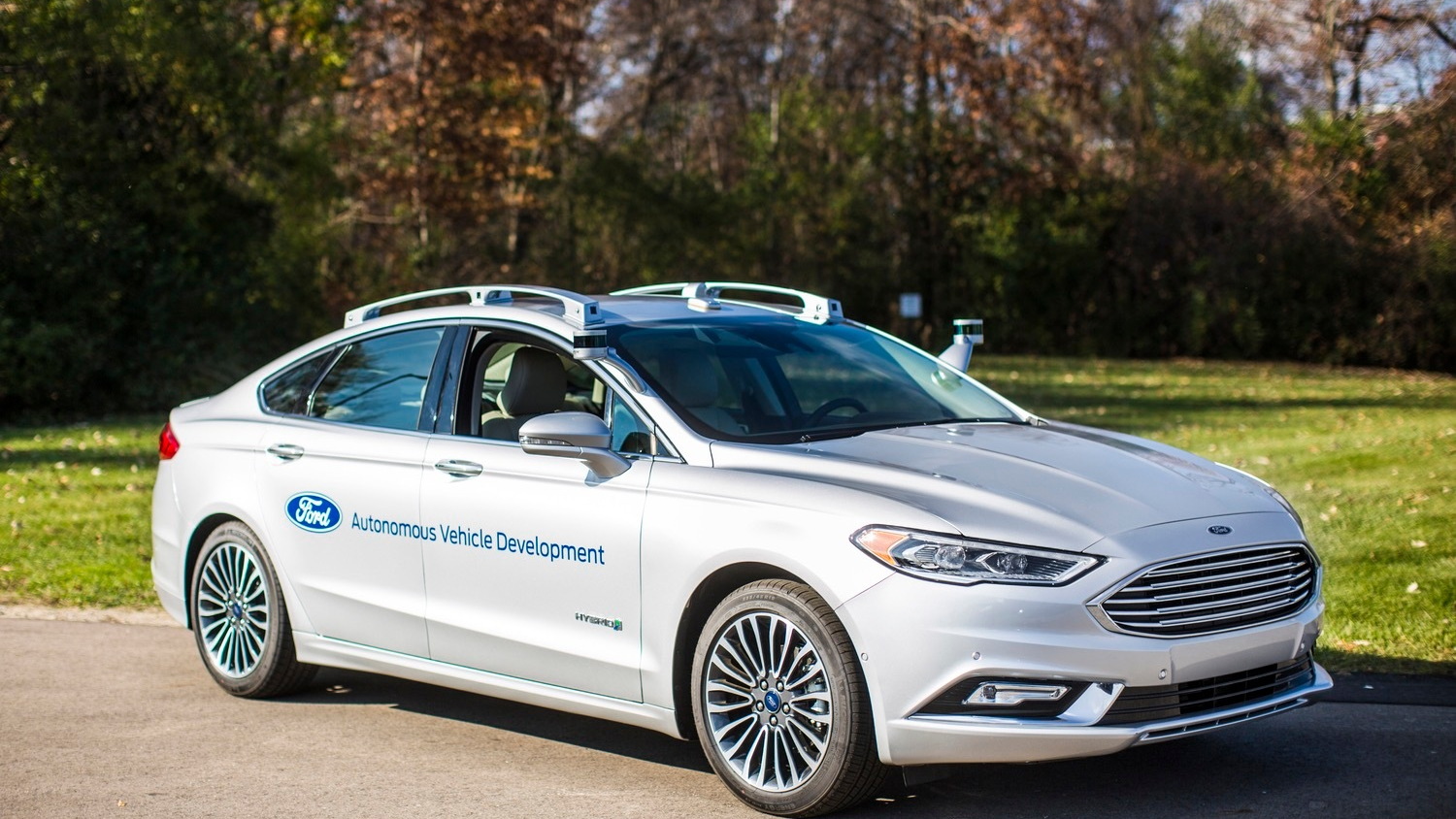 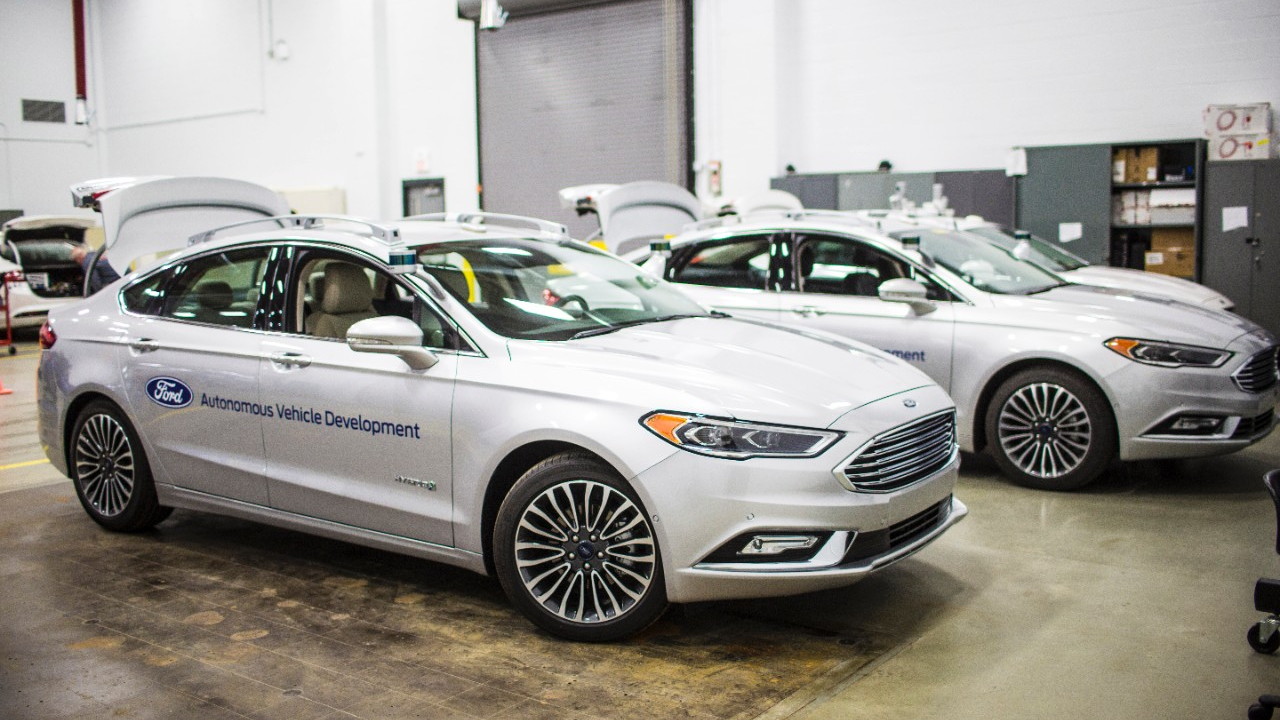 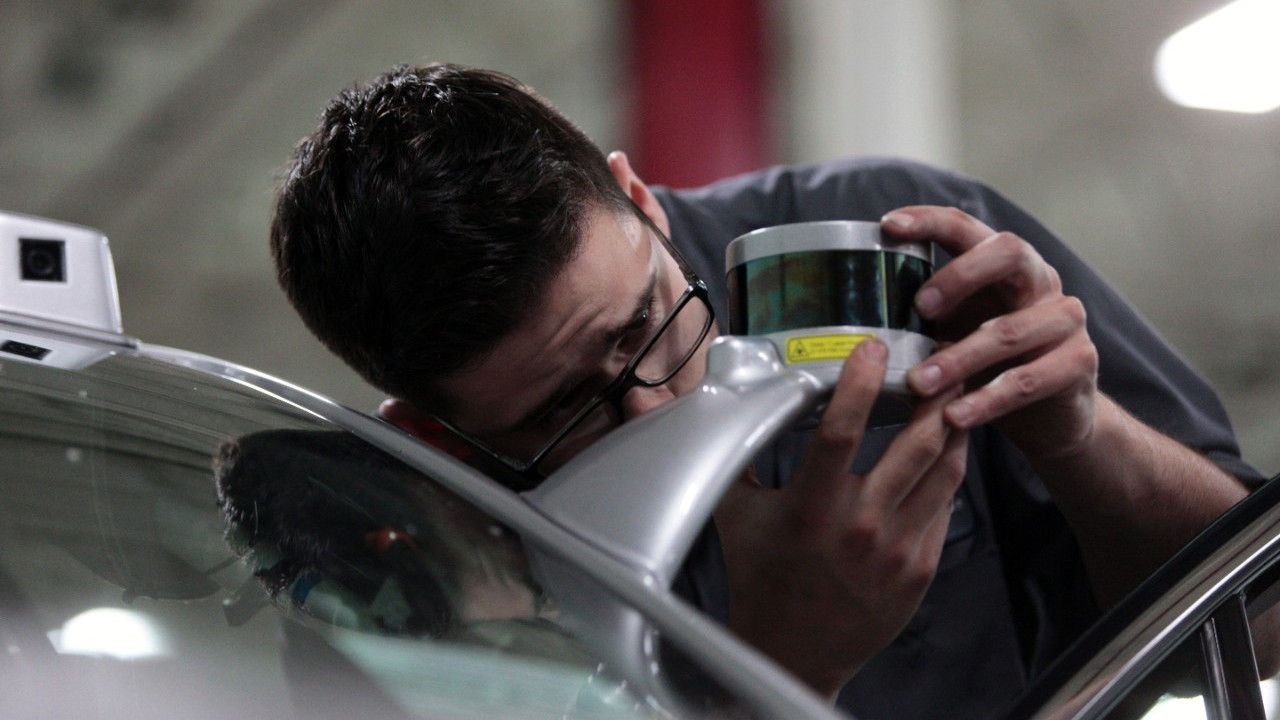 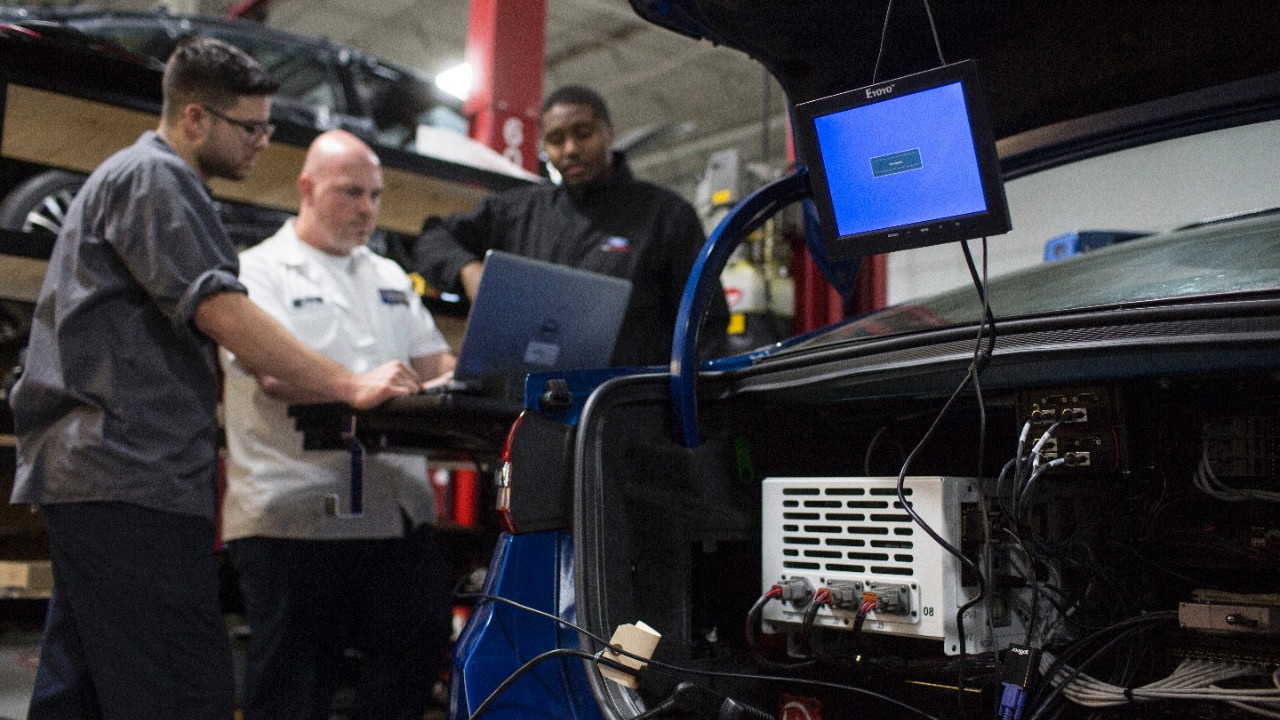 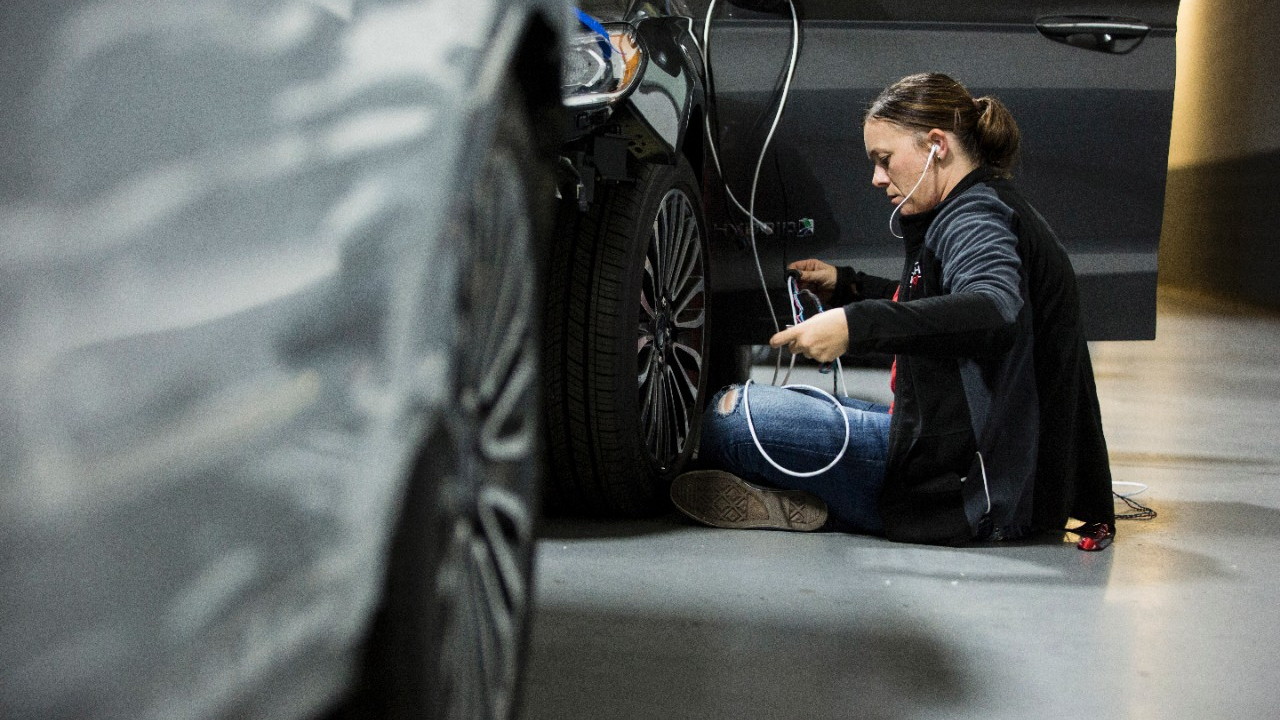 If you see a Ford Fusion Hybrid mid-size sedan cruising along with no apparent input from the driver, rest assured that you are not hallucinating.

The automaker is now rolling out an updated version, which will form the basis for a larger fleet of test vehicles built toward the goal of putting a "high-volume" self-driving car into production in 2021.

It is based on the slightly refreshed production Fusion Hybrid that debuted for the 2017 model year.

It also continues to use Lidar, which is similar to radar but uses light instead of radio waves.

The Lidar units in the updated Fusion Hybrid test vehicle are more compact, and offer a better field of vision, than the units on the previous-generation car, according to Ford.

This allowed Ford to mount two Lidar units on the windshield pillars, as opposed to the previous, more conspicuous, configuration of four units on the roof.

All of these sensors—and the trunk-mounted computers that actually control the car—require a lot of electricity, which is why Ford uses Fusion Hybrids instead of conventional gasoline-powered Fusion sedans.

The standard model's electrical system is inadequate to meet the demands, but the hybrid's high-voltage lithium-ion battery pack can provide the needed levels of current.

Ford's Detroit competitors have also chosen electrified vehicles as the platforms for their self-driving car tests.

General Motors is already using the Chevrolet Bolt EV electric car, and plans to expand its testing program in the coming year.

MORE: Maybe Apple and Google won't take over the car industry after all?

Ford currently has 30 of the first-generation autonomous Fusion Hybrid sedans in its fleet, and plans to triple the number of cars in 2017.

Ford's goal is to put a self-driving car with no manual controls into production in significant volumes in 2021.

However, that car will be used only by ride-sharing services, which will give Ford greater control over the initial deployment of cars, and make collection of performance data easier.