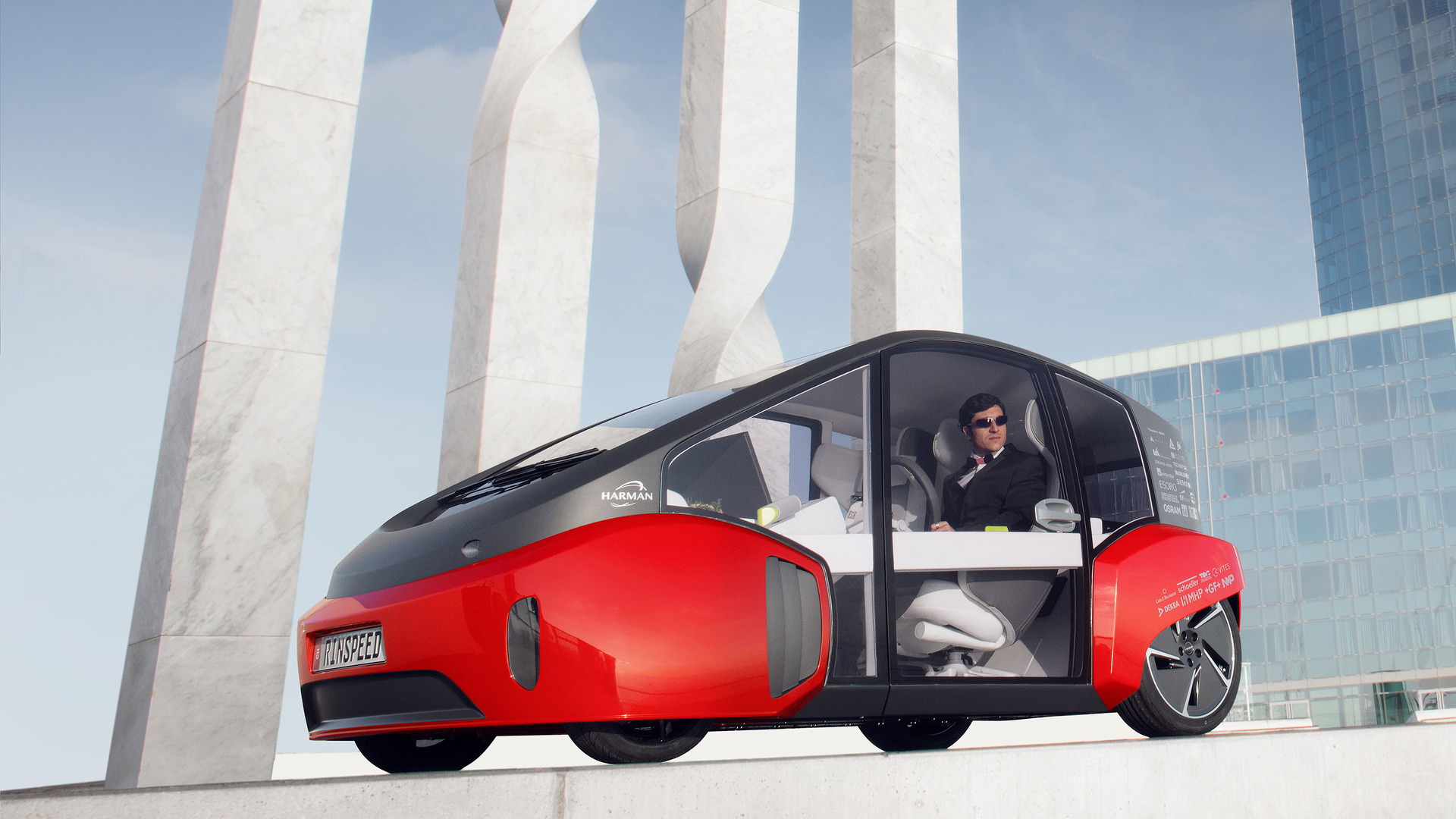 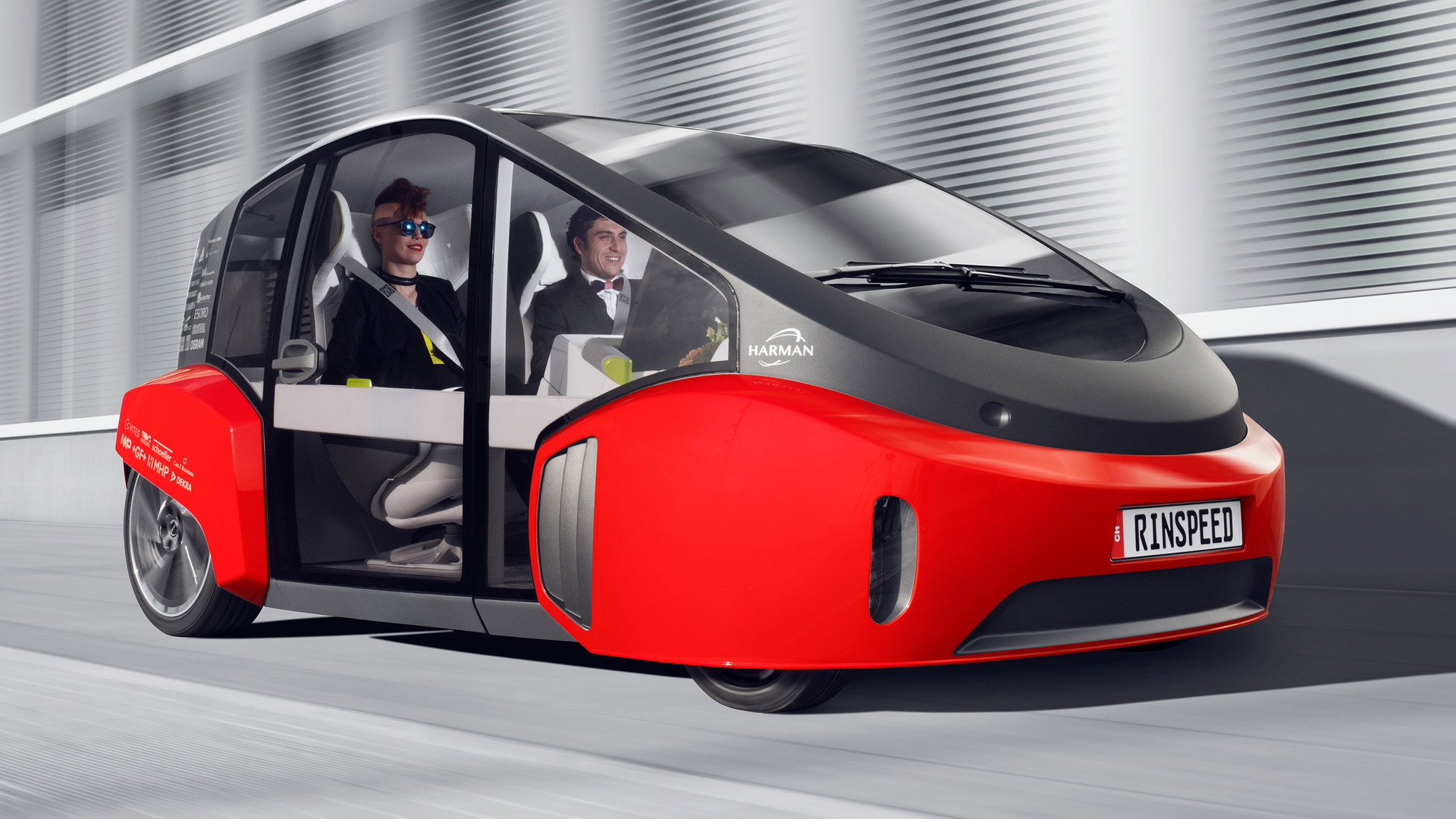 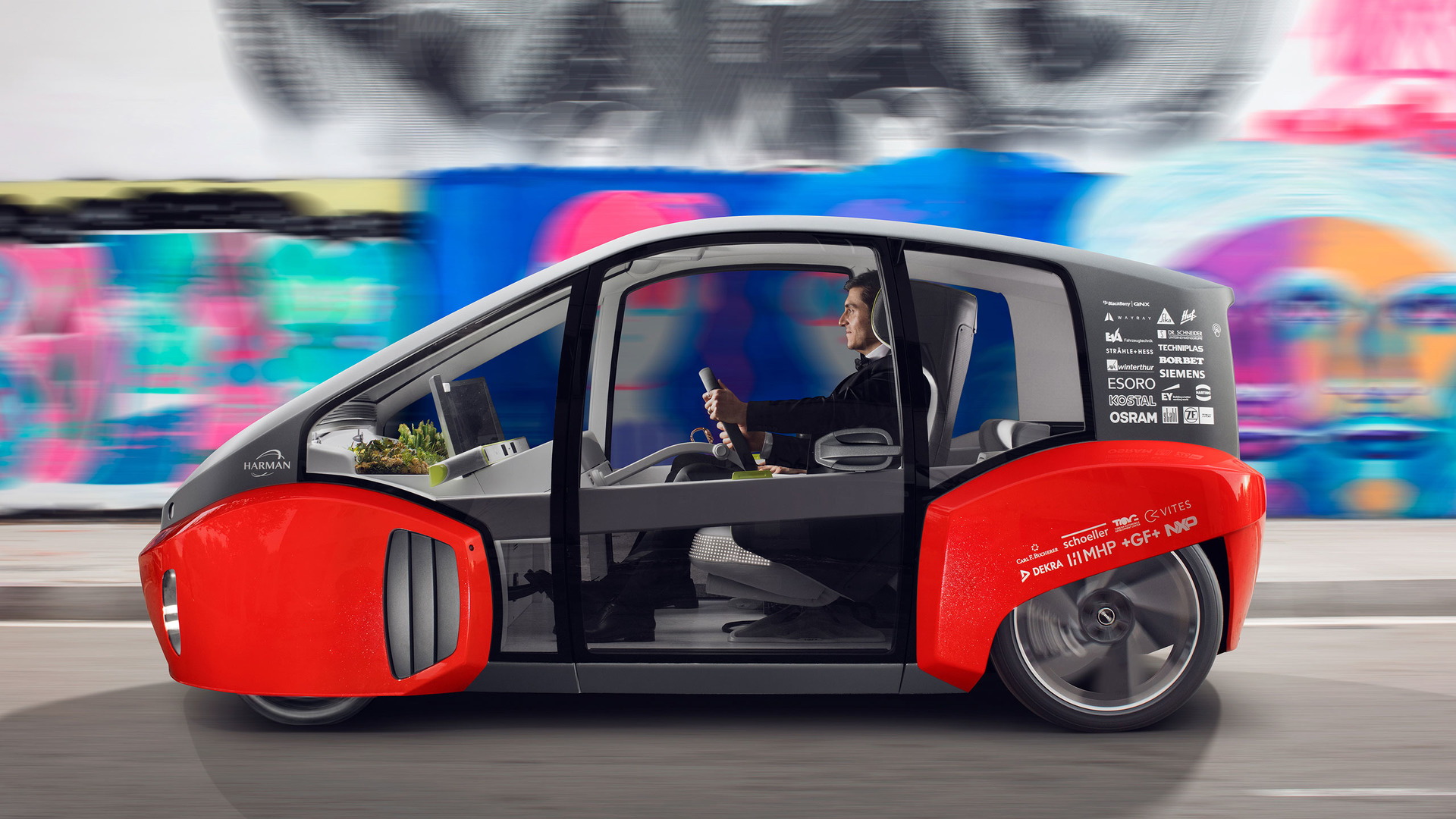 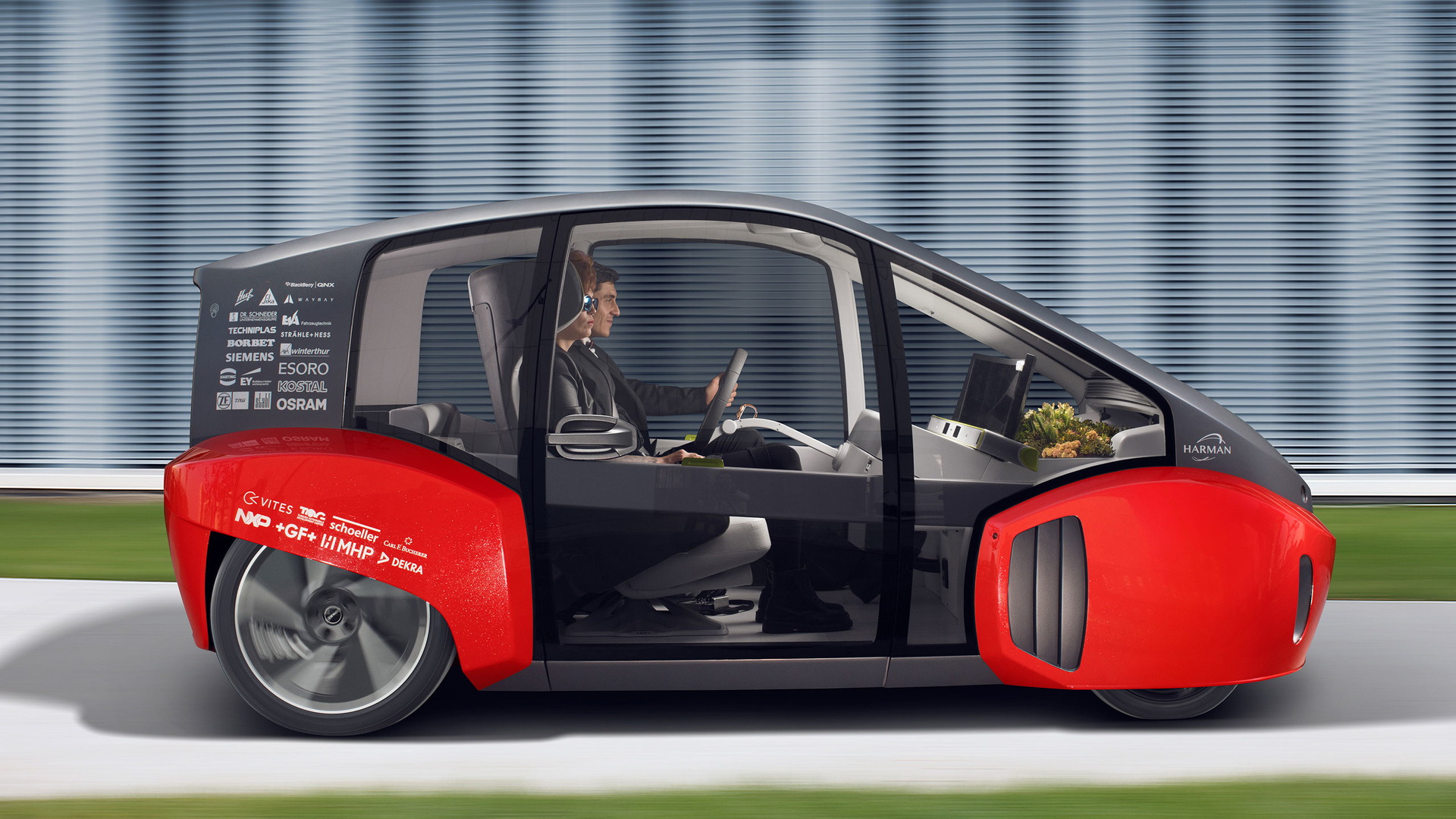 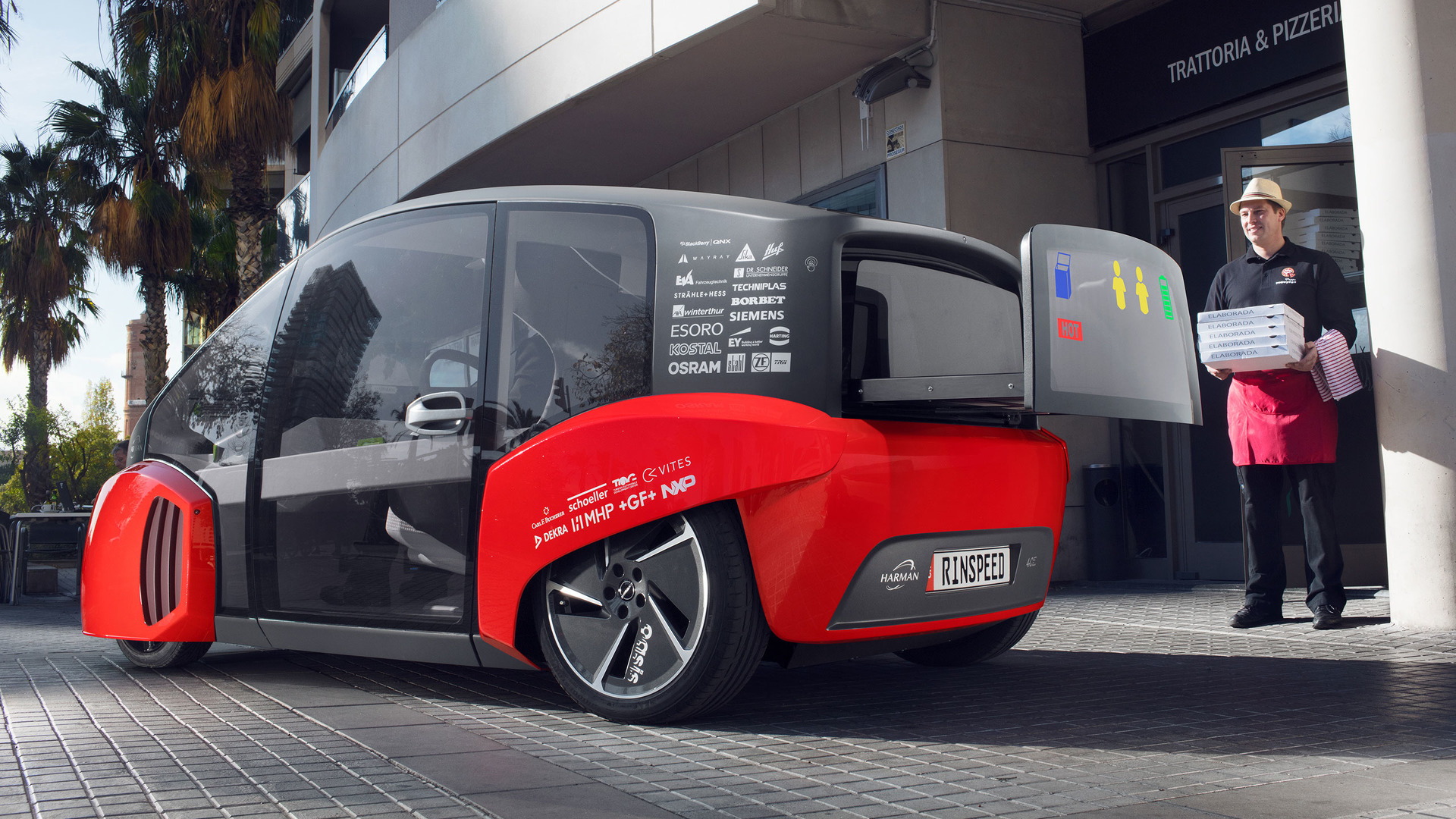 Swiss design firm Rinspeed does not produce vehicles for sale, but it has built quite a number of unusual concept cars over the years.

Its latest work will be displayed at the 2017 Consumer Electronics Show and the 2017 Detroit Auto Show, which run within days of each other next month.

The Rinspeed Oasis is a self-driving electric car designed to demonstrate one possible scenario for what cars will be like once humans are no longer expected to drive regularly.

The pod-like Oasis is powered by in-wheel electric motors, and all of its wheels have steering mechanisms.

This allows the car to turn within its own length, something that would likely come in handy on crowded city streets.

On the inside, the Oasis appears more like a living room than a car.

The dashboard contains a small garden plot, hopefully secured so that plants remain unaffected by hard cornering or braking maneuvers.

The interior also features armchair-style seats and a large television.

Manual driving remains possible; a steering wheel can be unfolded from the dashboard, and elaborate infotainment displays supply critical information to the driver.

But before taking over, the driver must pass a quick fitness and alertness test.

This highlights one potential of future autonomous cars that allow manual control: determining whether human drivers can quickly take over after a period of inattention.

Rinspeed didn't design the Oasis primarily for manual driving, though.

Like many automakers and tech companies, it expects the marriage of self-driving cars and ride-sharing services to have a major impact on the auto industry.

Rinspeed envisions the Oasis being used to transport individual passengers on daily commutes, and for use in ride-sharing services or even as a delivery vehicle when not otherwise occupied.

This combination of public and private use is somewhat similar to Tesla CEO Elon Musk's announcement of plans to develop an autonomous ride-sharing service for its electric cars.

Included in the updated Tesla "master plan" released in July, the service would allow Tesla owners to rent out their own cars when they are not using them.

Tesla is not ready to sell fully-autonomous cars to customers, but a disclaimer regarding a "Tesla Network" ride-sharing service later appeared on the company's website.

While Musk may eventually achieve his goal of self-driving cars, the Rinspeed Oasis will remain just a concept car.

For more car debuts and other updates, head over to our Detroit Auto Show news page.