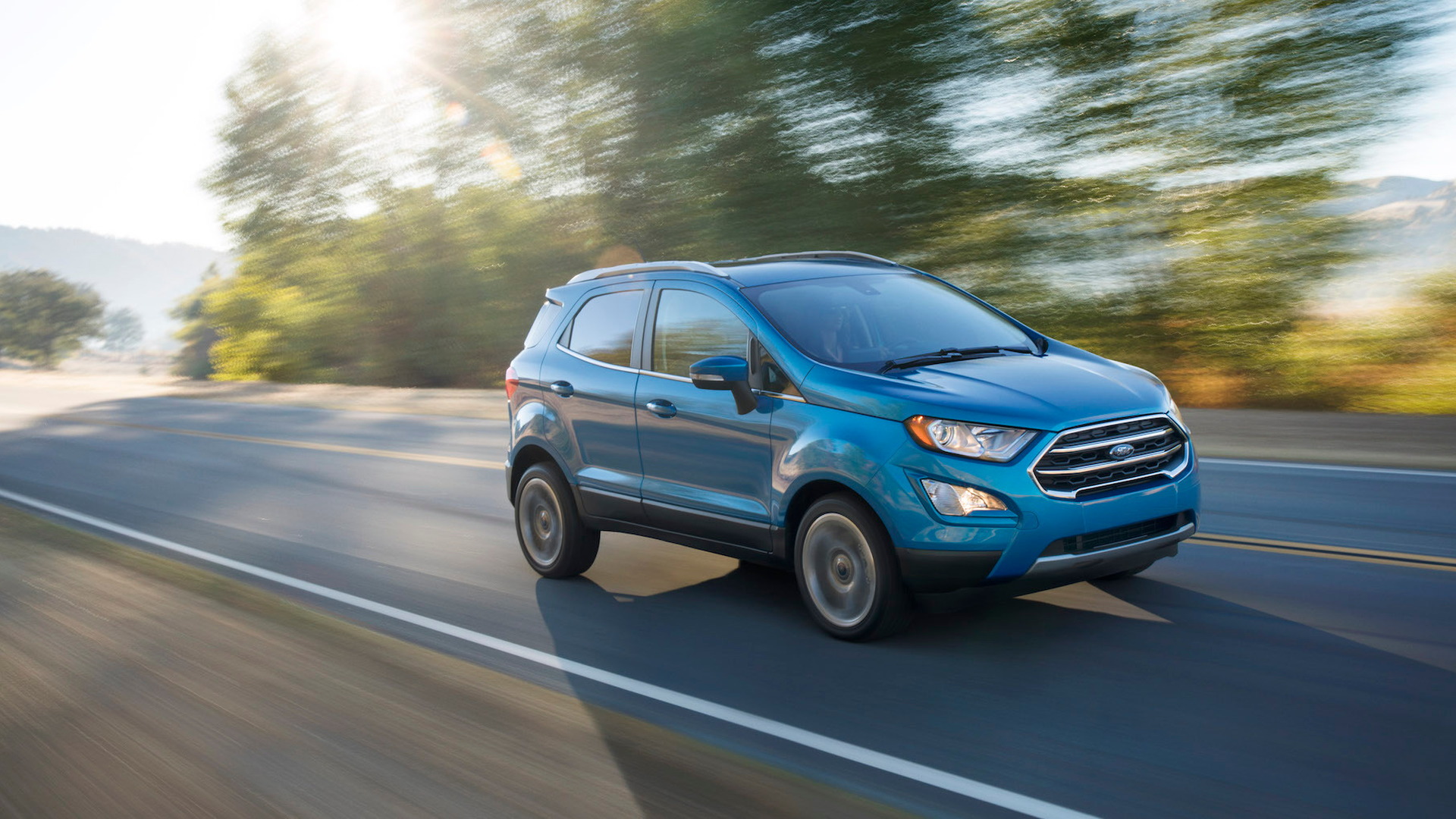 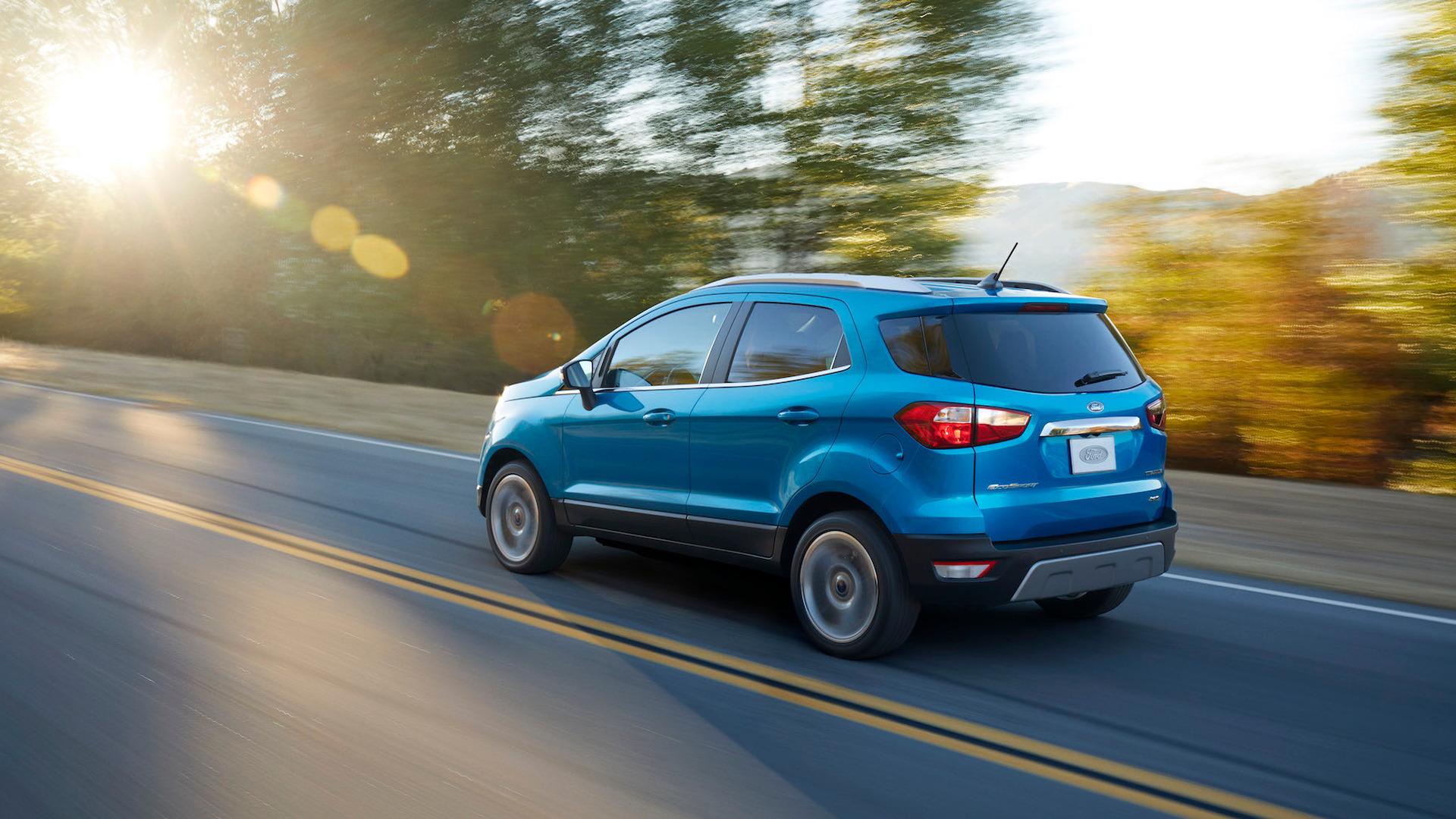 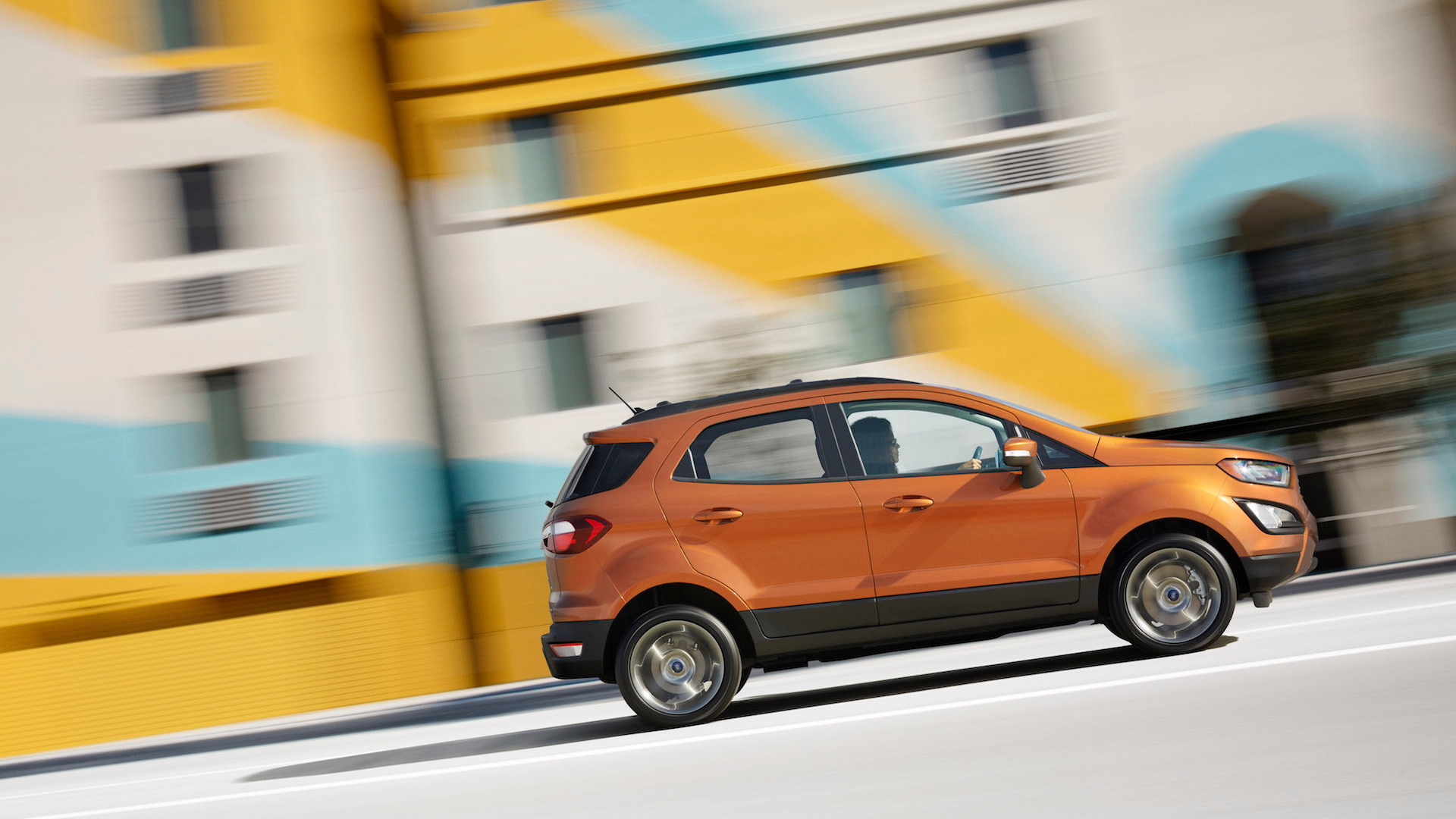 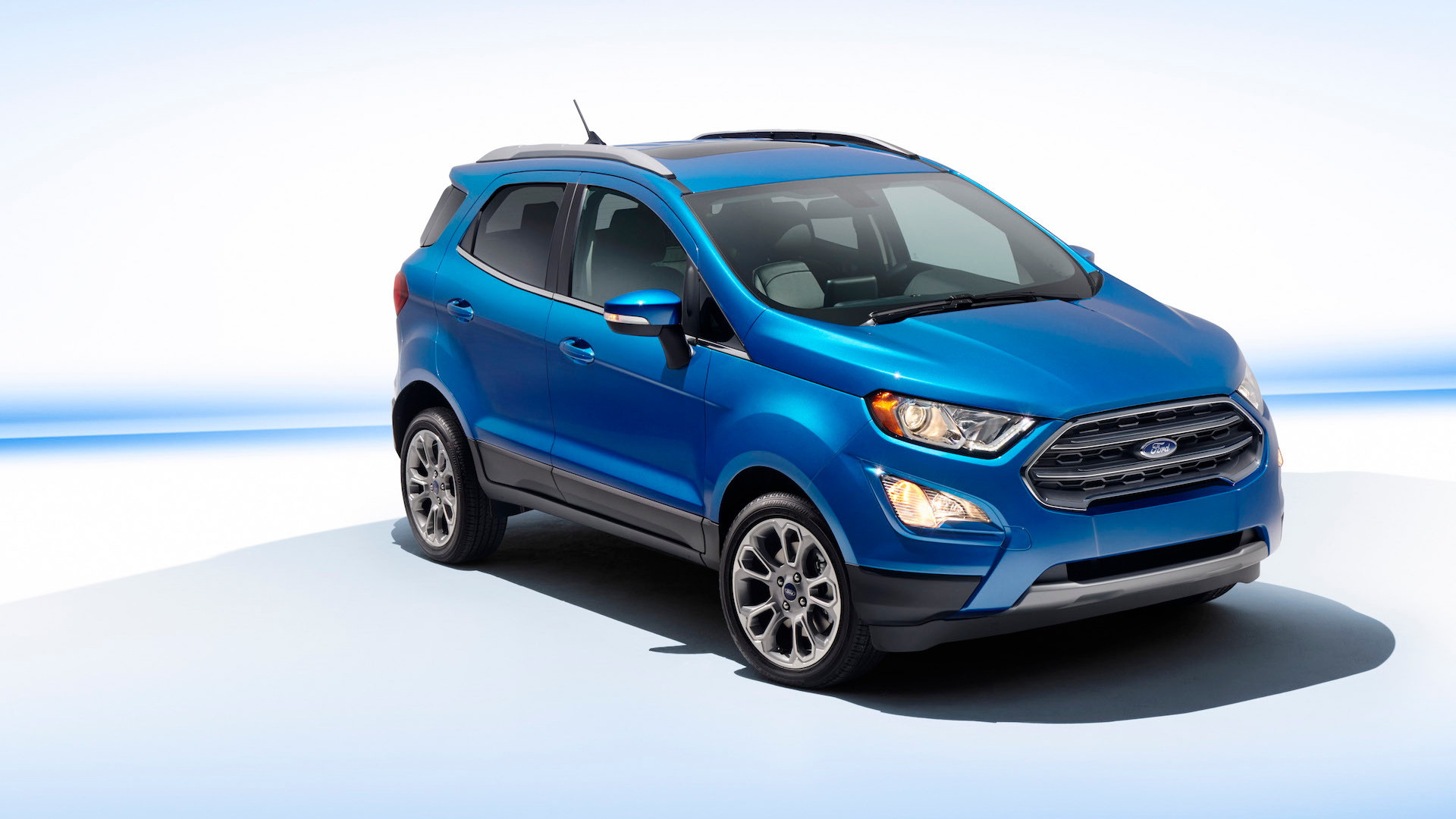 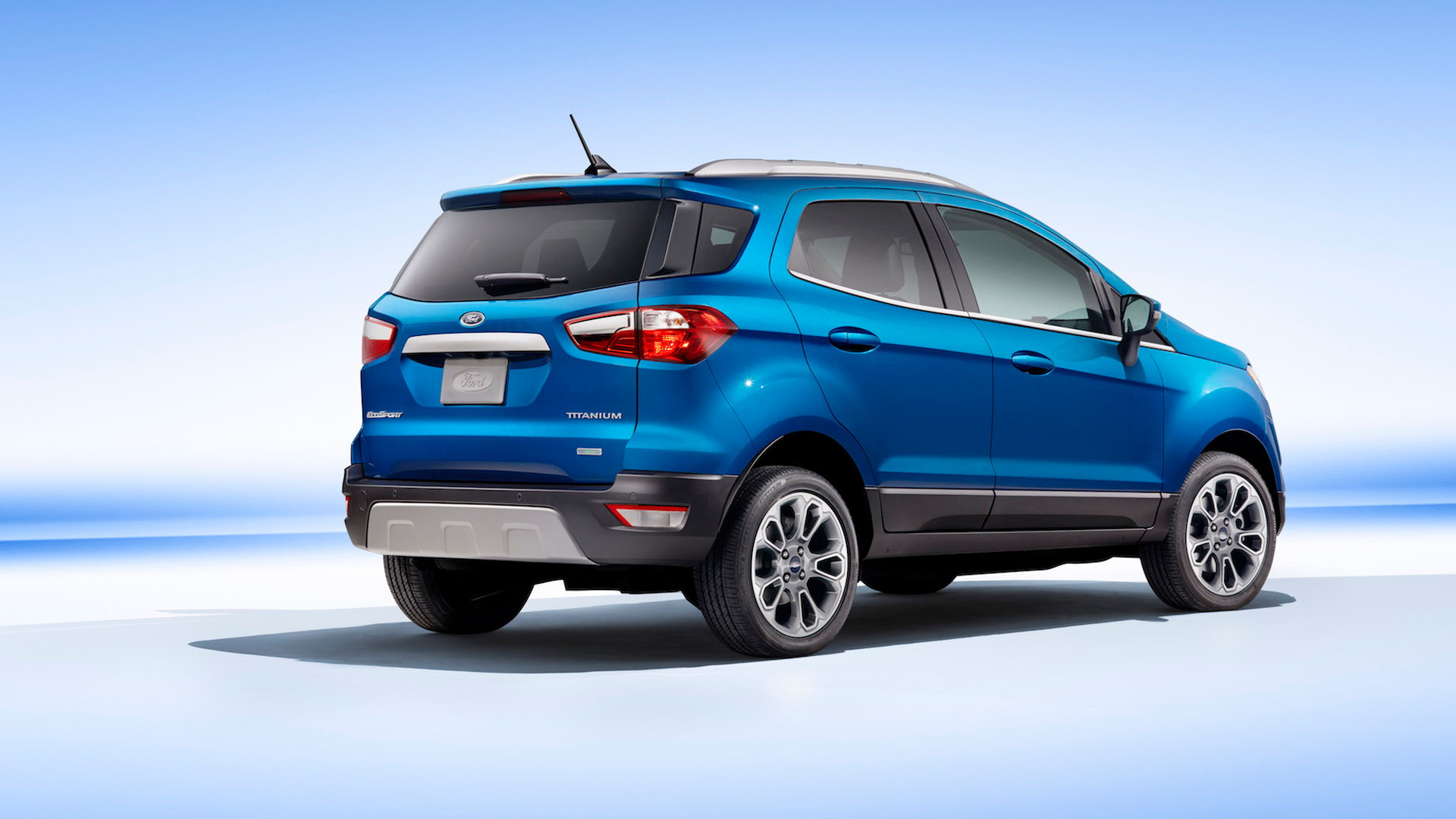 Like most things at Ford that don't have GT or RS in their name these days, the new Ford EcoSport is about 90 percent hype and 10 percent car.

Fortunately, underneath all that ad-speak, the new subcompact crossover utility vehicle is a cute little thing, with some cool features.

If Ford can deliver it with the right driving experience, for the right price, those in the market for a fun and functional pint-sized crossover will likely have another great option.

If you think the EcoSport looks familiar, you may be well-traveled; Ford has sold the EcoSport in markets outside the U.S. since 2003, launching the current, second-generation vehicle in 2013. In fact, we've even driven it.

We're getting an updated version for the U.S. launch.

However, the EcoSport won't hit the market until early 2018, so details like prices and specifics on options packages, features, technology, and driver assistance systems are still undecided—or at least unannounced.

What we can tell you is that it looks pretty good, it has a nice interior, and it ticks the major boxes most small crossover buyers will want to have ticked.

Primary among those boxes is Ford's SYNC 3 system, complete with an 8.0-inch floating touch screen, bringing with it Android Auto and Apple Car Play.

While Ford is eager to play this up as "living big" despite "going small," the truth is, the availability of a proper smartphone-integrated entertainment system is nearly a prerequisite for relevance today—let alone in early 2018.

Still, Ford's SYNC 3 system is quite good, and with the major phone-system integration bases covered, you'll get all the features Google and Apple see fit to bake into their hardware and software as well.

The other key to the EcoSport is the combination of a ride height that matches some light trucks and an available all-wheel drive system. Yes, Ford calls it "Intelligent 4WD," but there is no low-range function—or any other function that's driver-controlled—and you can't even make it operate all the time in inclement conditions.

Under normal driving, the "intelligent" part of the system disengages the rear wheels for better fuel economy; when the system detects wheel slip, yaw, or other metrics that fall within its pre-determined grid, it will activate the all-wheel-drive system, sending an unspecified amount of power rearward.

Despite the murky marketing message, the package is about on par with other compact crossovers, and should be serviceable in snow and light mud when equipped with the right tires.

The name, by the way, is pronounced "echo-sport," differing from the "eek-o-boost" engine that's offered in the base configuration.

Just two engine options are offered for North American versions of the EcoSport, and both share a 6-speed automatic transmission. The base engine, which comes only in front-wheel drive, is the 1.0-liter three-cylinder used in several other Ford vehicles.

The upgrade option is a 2.0-liter four-cylinder, which brings with it your only route to all-wheel drive. Horsepower, torque, and gas mileage figures are still forthcoming, and should be released closer to the vehicle's on-sale date in early 2018.

On the tech front, aside from the SYNC 3 system, the EcoSport will also offer an available B&O PLAY (yes, as in Bang & Olufsen) stereo system, featuring 10 speakers (six of them B&O PLAY-branded) and 675 watts of output.

Two USB ports in the center stack, along with a 12-volt power outlet, plus a second-row 12-volt outlet and an available 110-volt AC outlet mean EcoSport owners and their friends should be able to charge and power their gear without fighting over the power ports.

Roll in the functionality of the mobile app SYNC Connect with FordPass and you can start, lock, unlock, and locate your EcoSport from anywhere with web access. HD Radio and satellite radio are also available.

When the EcoSport finally hits American streets in early 2018, it will come in four flavors: the base S model, the SE, the SES, and the top-tier Titanium.

All models get the interesting side-swinging tailgate, but expect larger wheels and more leather-appointed interior surfaces as you move up the line. Ford also promises seven ambient lighting options to complement the 10 standard colors that will be offered.

The EcoSport makes its debut on Wednesday at the 2016 Los Angeles auto show. For more coverage on the show, head to our dedicated hub.