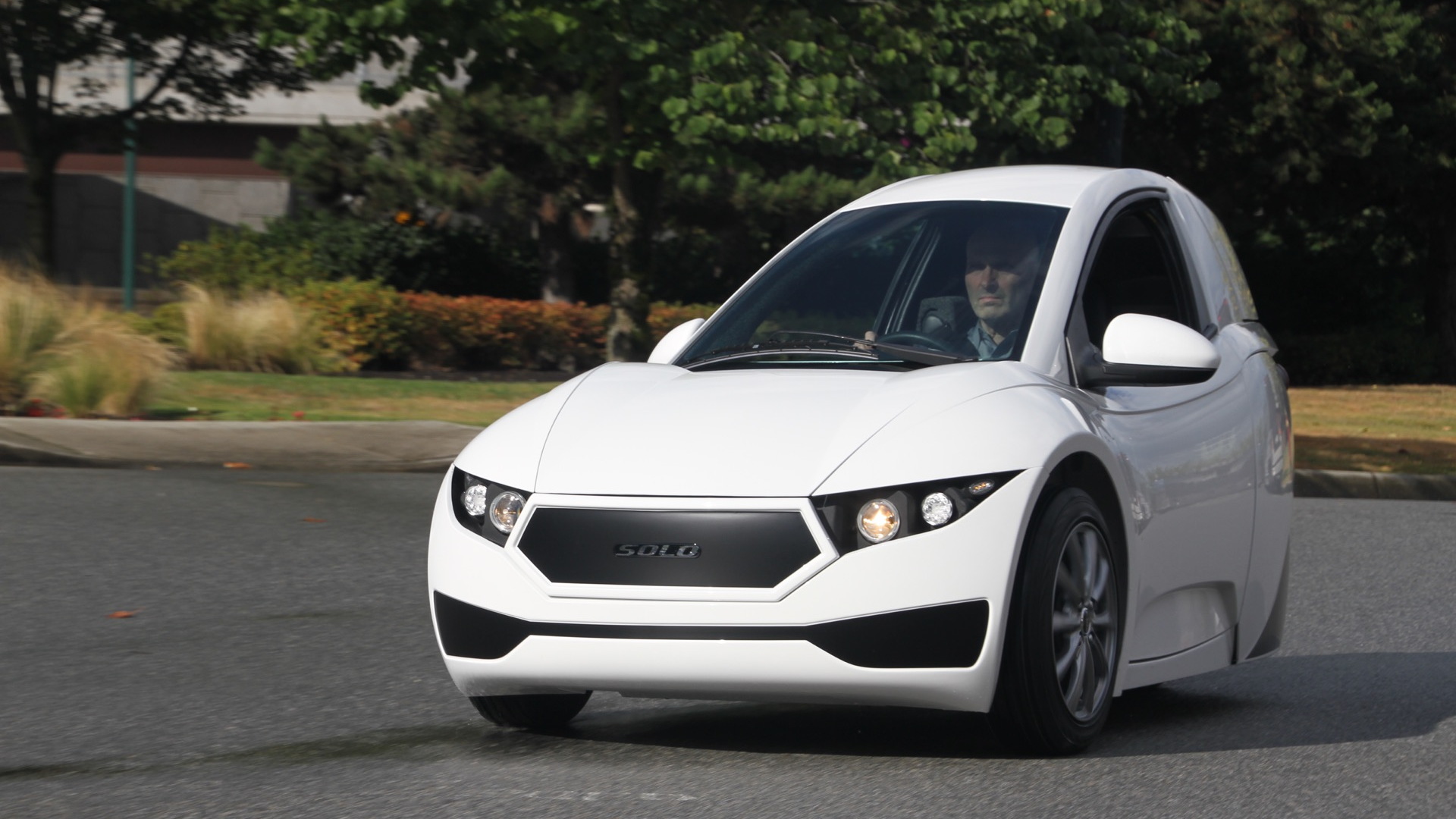 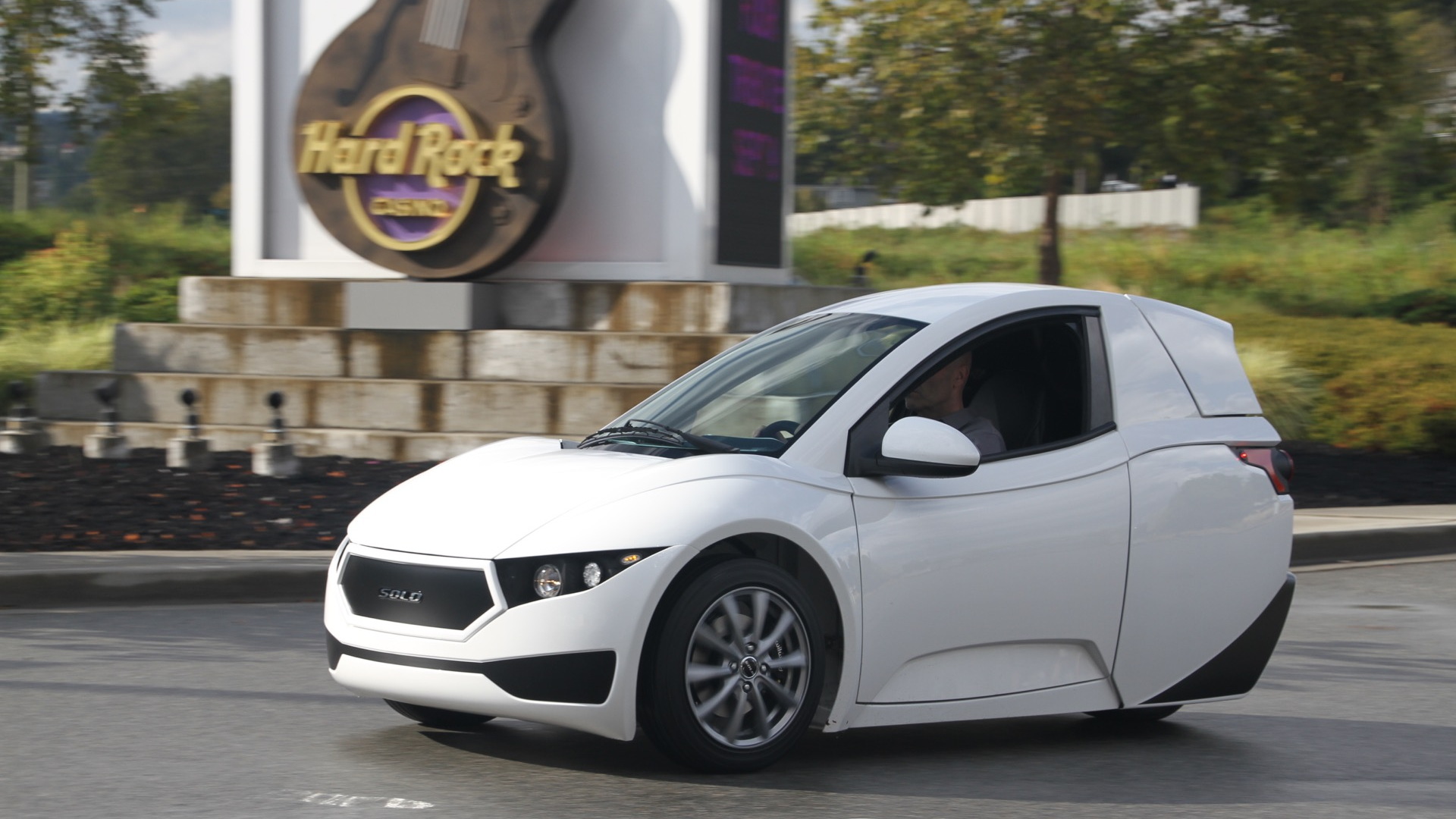 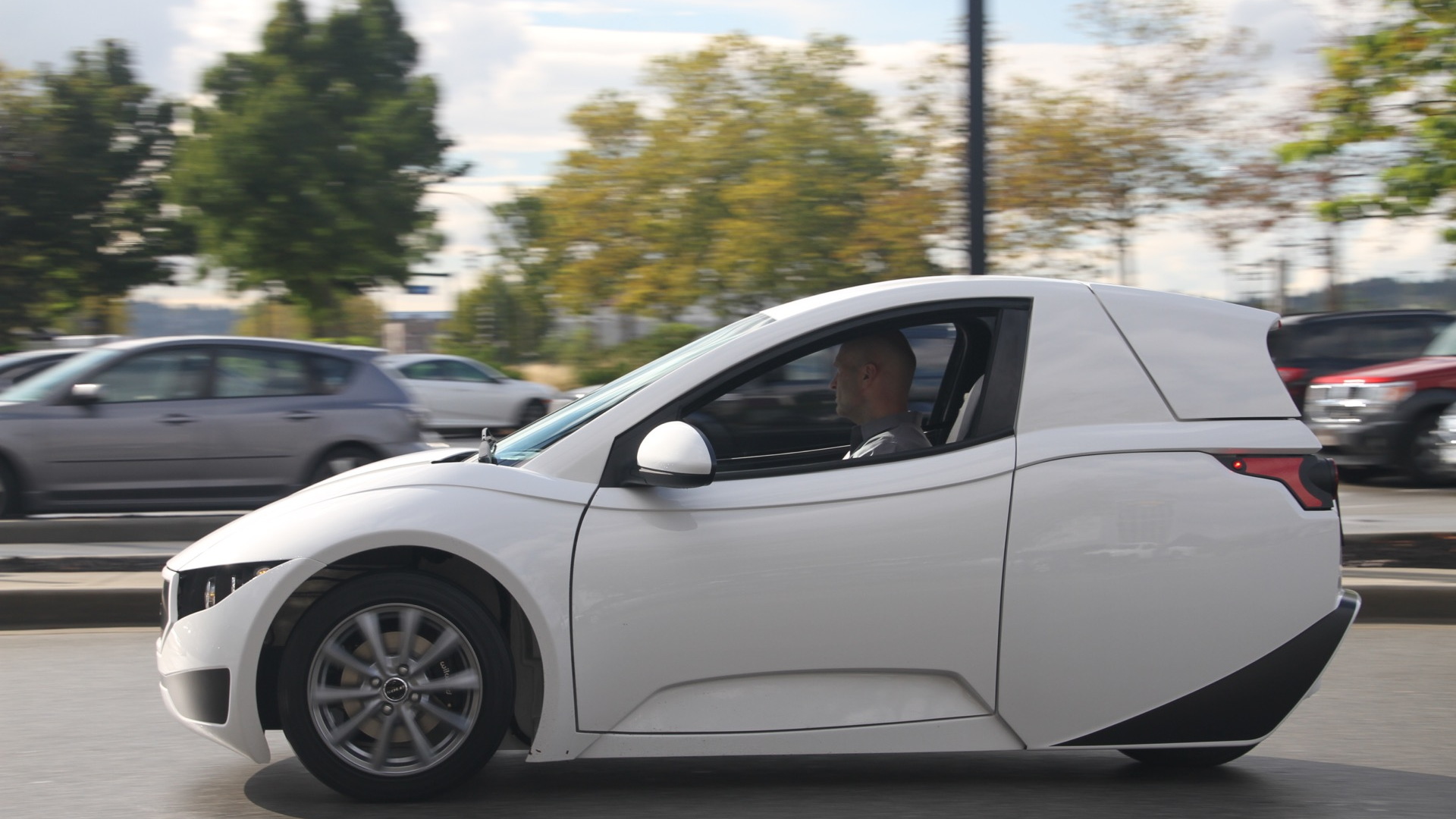 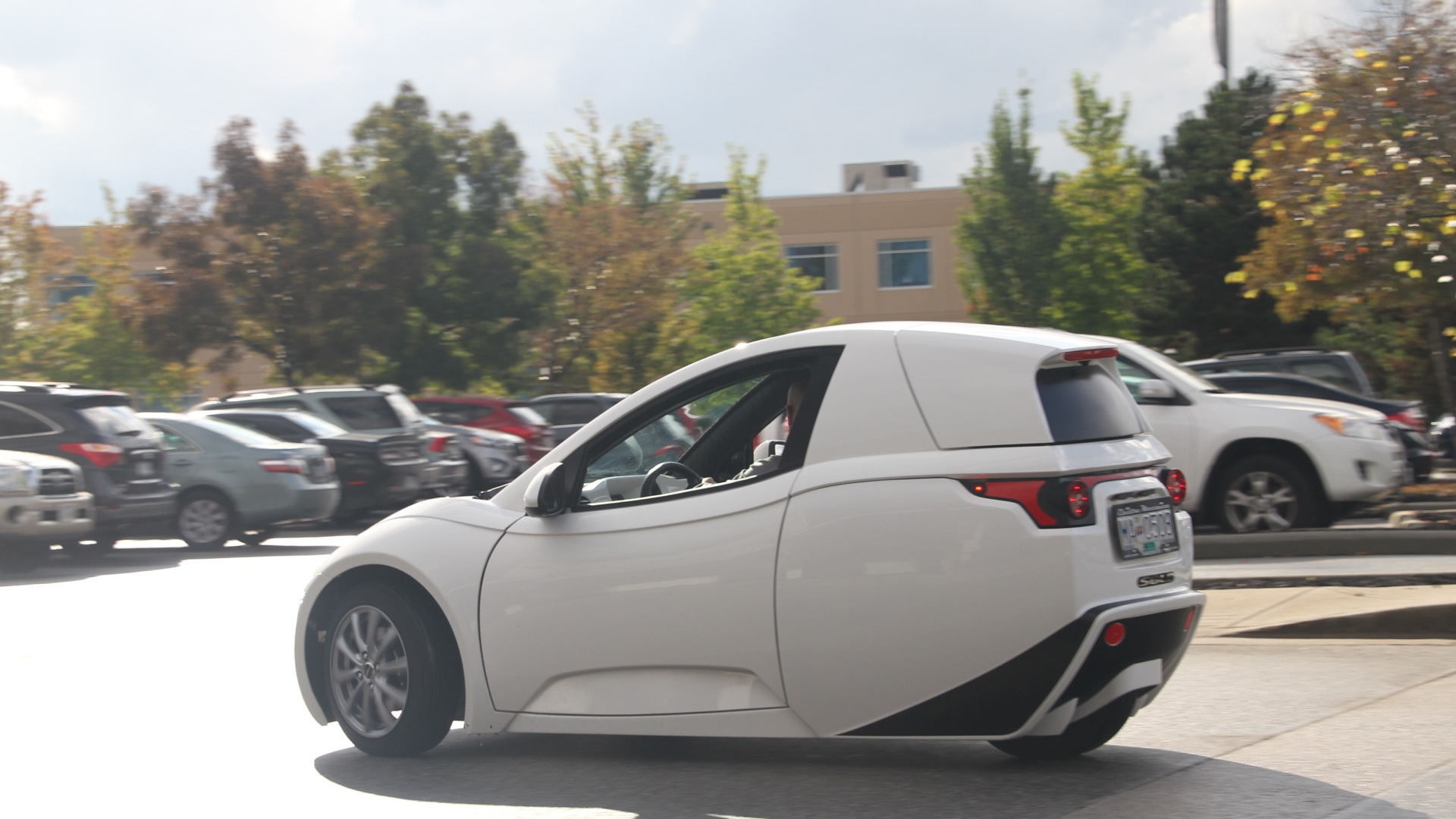 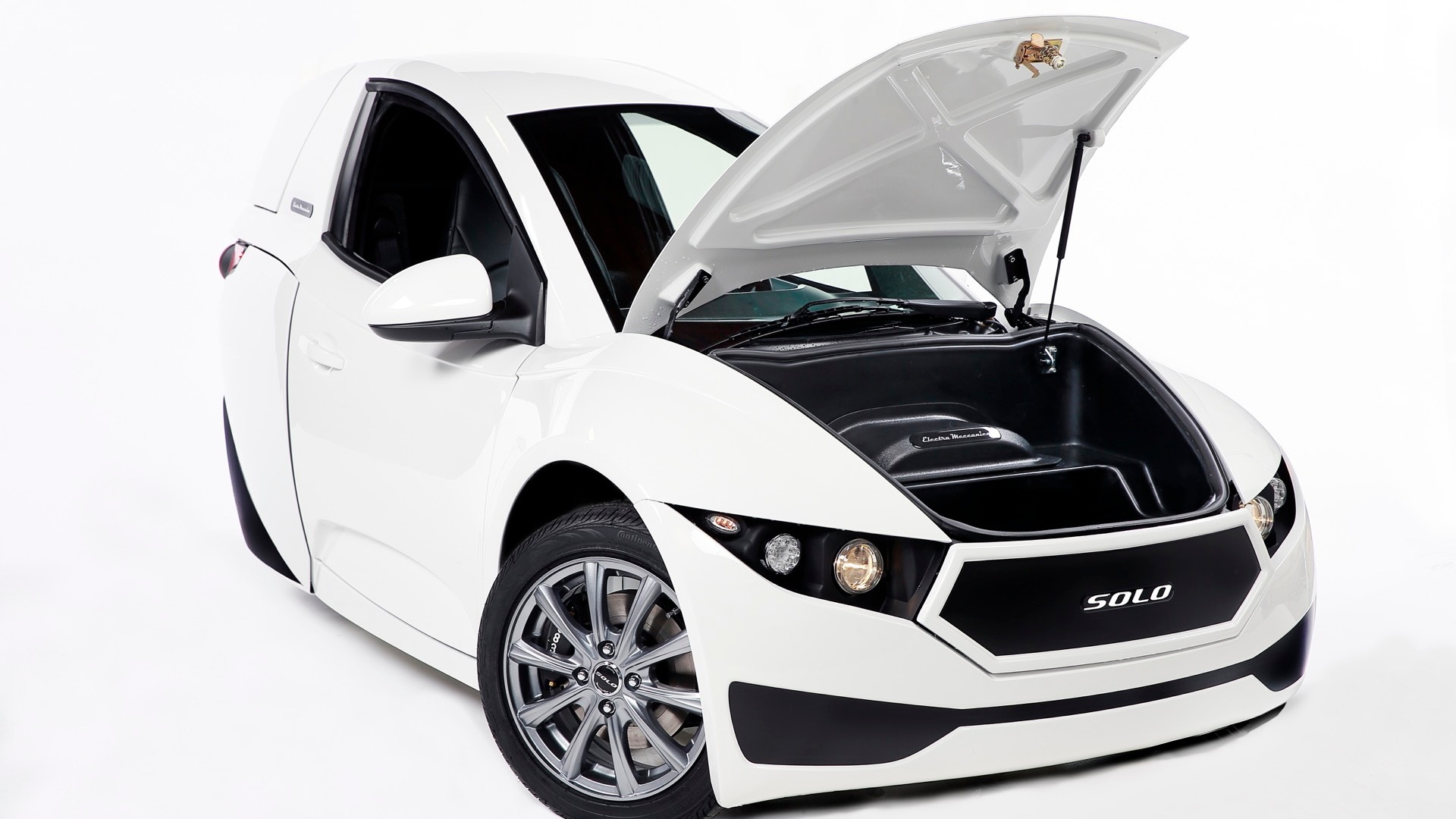 Unveiled today, the Electra Meccanica Solo features an all-electric powertrain, and seating for one person.

The company is now taking fully-refundable deposits for the Solo, and says it expects to deliver the first vehicles next year.

Electra Meccanica says the Solo isn't meant to replace a conventional car, but rather to handle short trips such as commutes as efficiently as possible.

Since most people commute alone, a single-seat vehicle should be adequate for that task, the company reasons.

The front wheels are completely enclosed by bodywork which, along with a faux grille and lower intakes, gives the Solo a passing resemblance to conventional cars from that angle.

At 120 inches long, the Solo is a bit longer than a Smart ForTwo, but sits much lower to the ground.

Electra Meccanica claims a drag coefficient of 0.24, and a curb weight of 992 pounds—thanks in part to composite bodywork, and aluminum drivetrain components.

The Solo is powered by an electric motor that sends 61 kilowatts (82 horsepower) and 140 pound-feet of torque to the single rear wheel.

A 16.1-kilowatt-hour lithium-ion battery pack provides when capacity for an estimated 100-mile range, the company says.

It also estimates that a full charge from a Level 2 charging station should require about three hours.

The first prototype was completed in January 2015.

MORE: Golly, Elio Motors has built ... a car! One test car, in fact

Actually getting the Solo into volume production could prove a challenge, though.

Launching a new vehicle isn't easy, and the struggles of Aptera and Elio Motors show that small, three-wheeled vehicles are no exception to that rule.