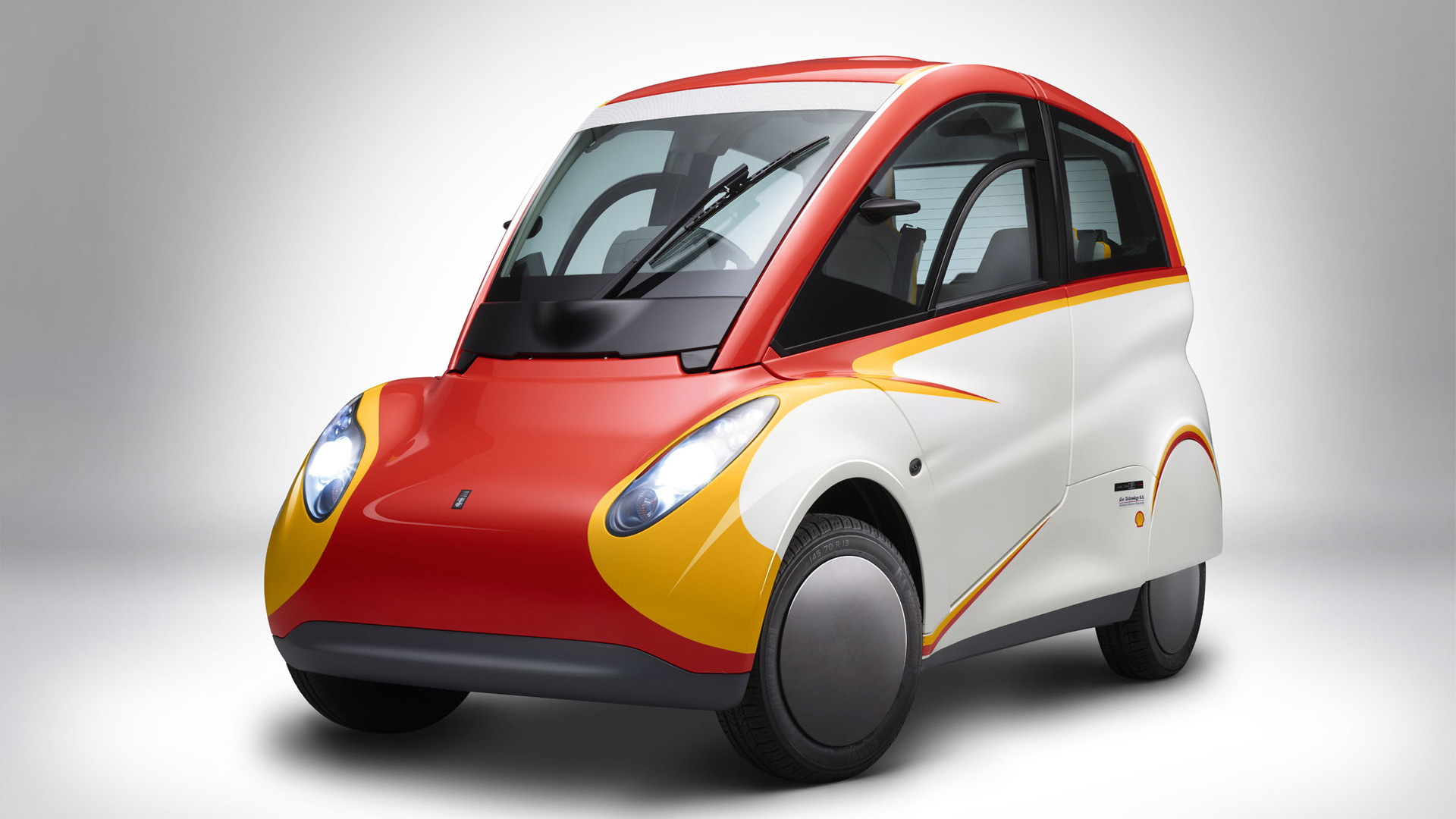 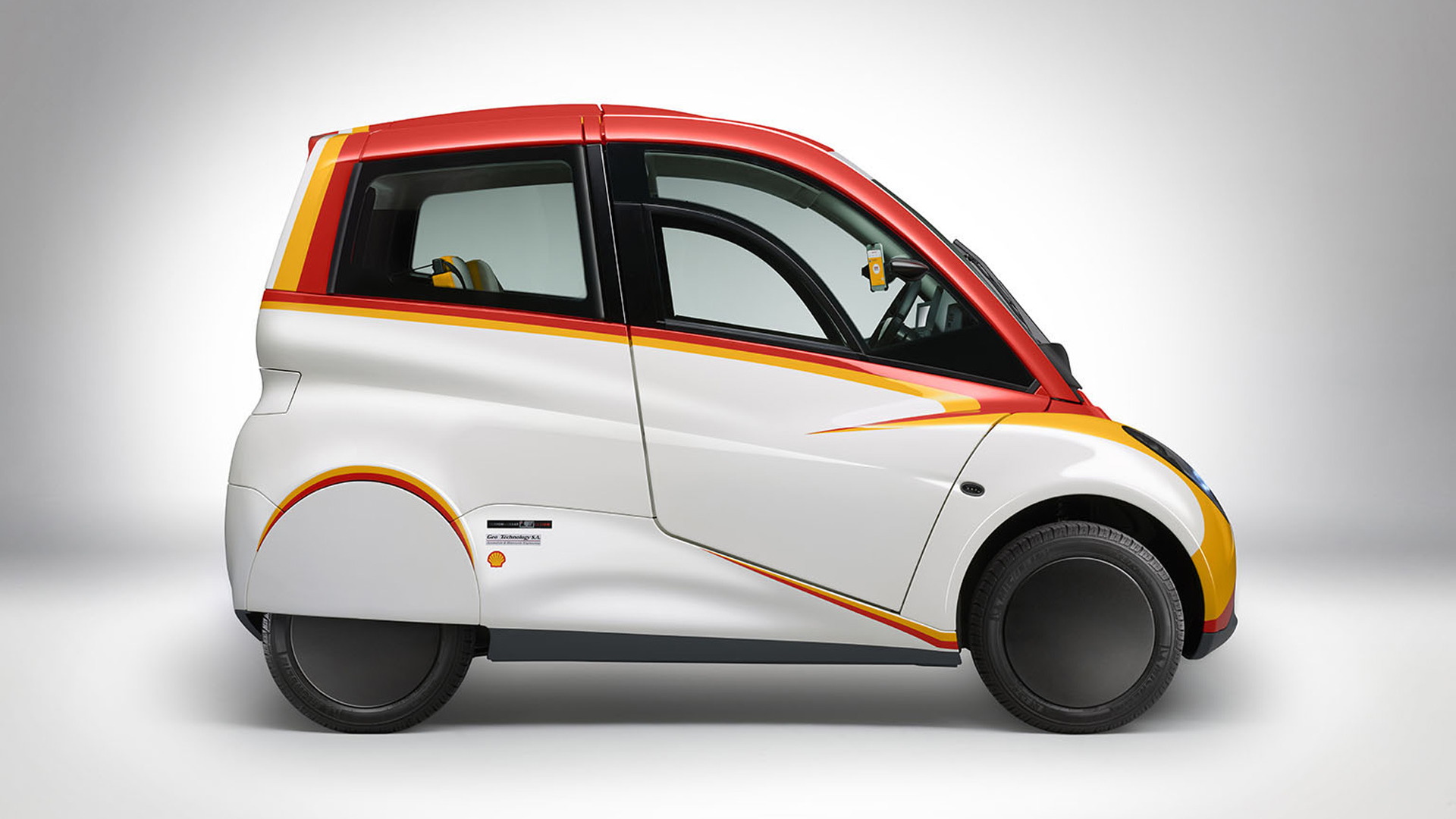 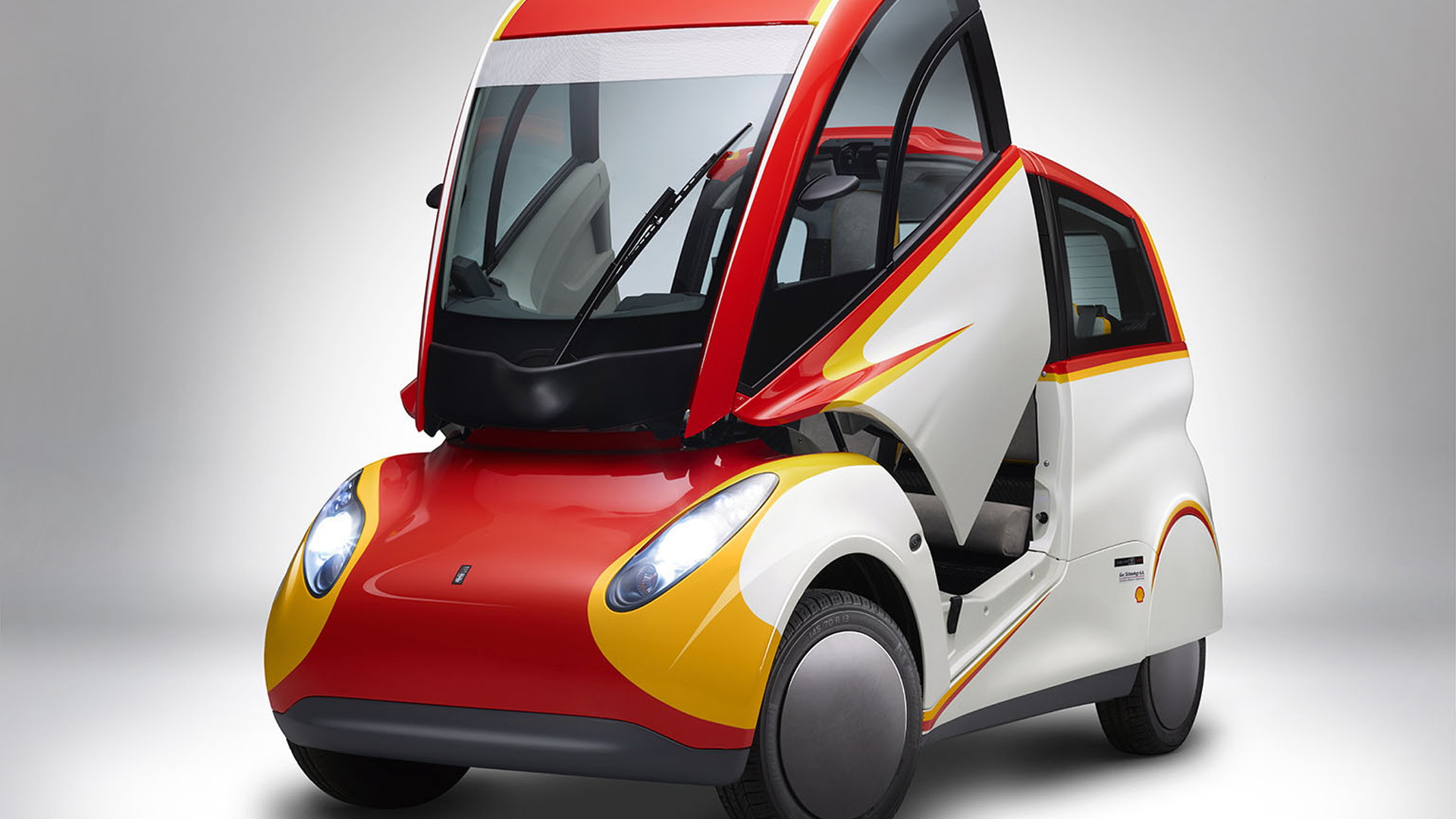 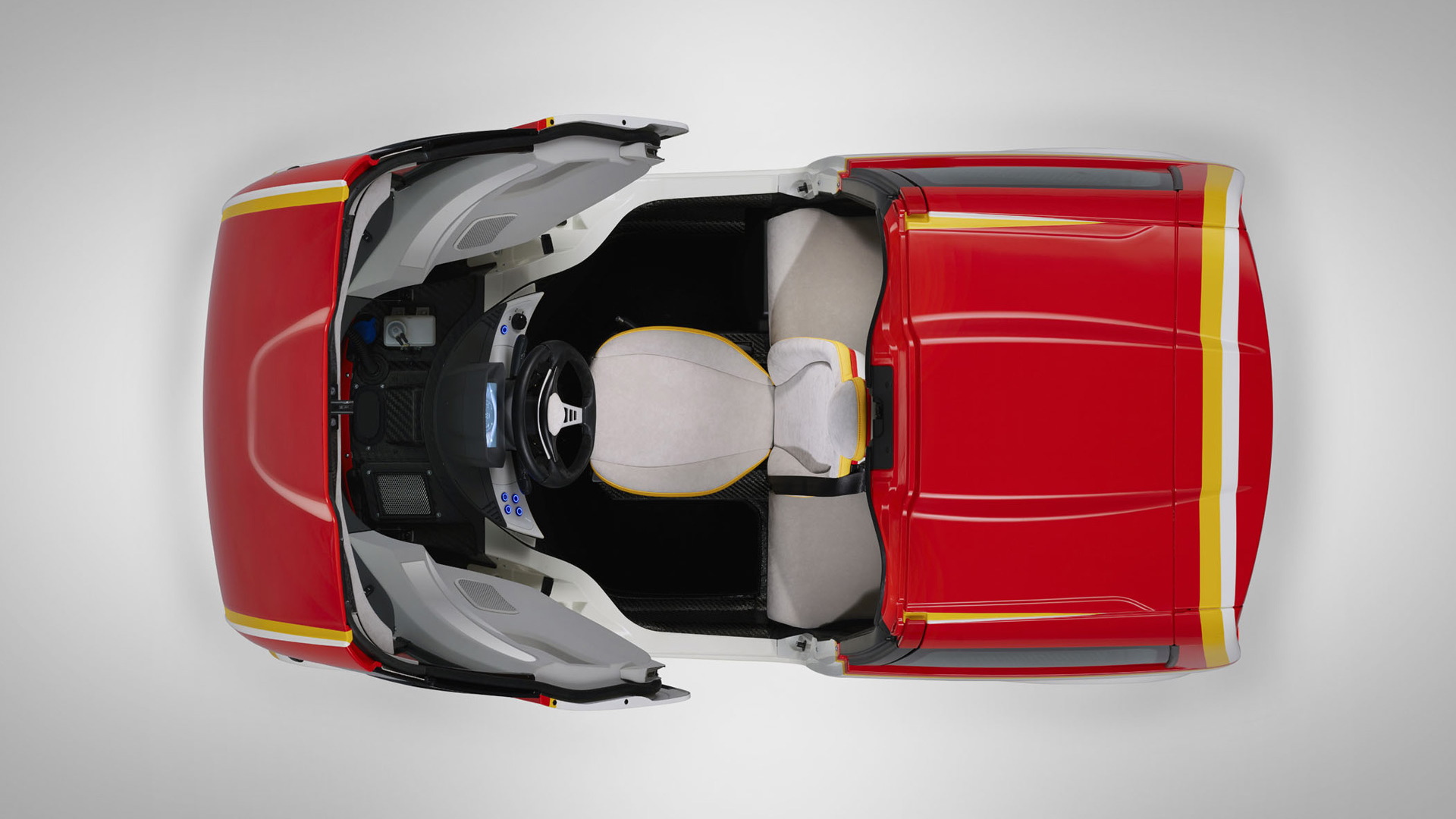 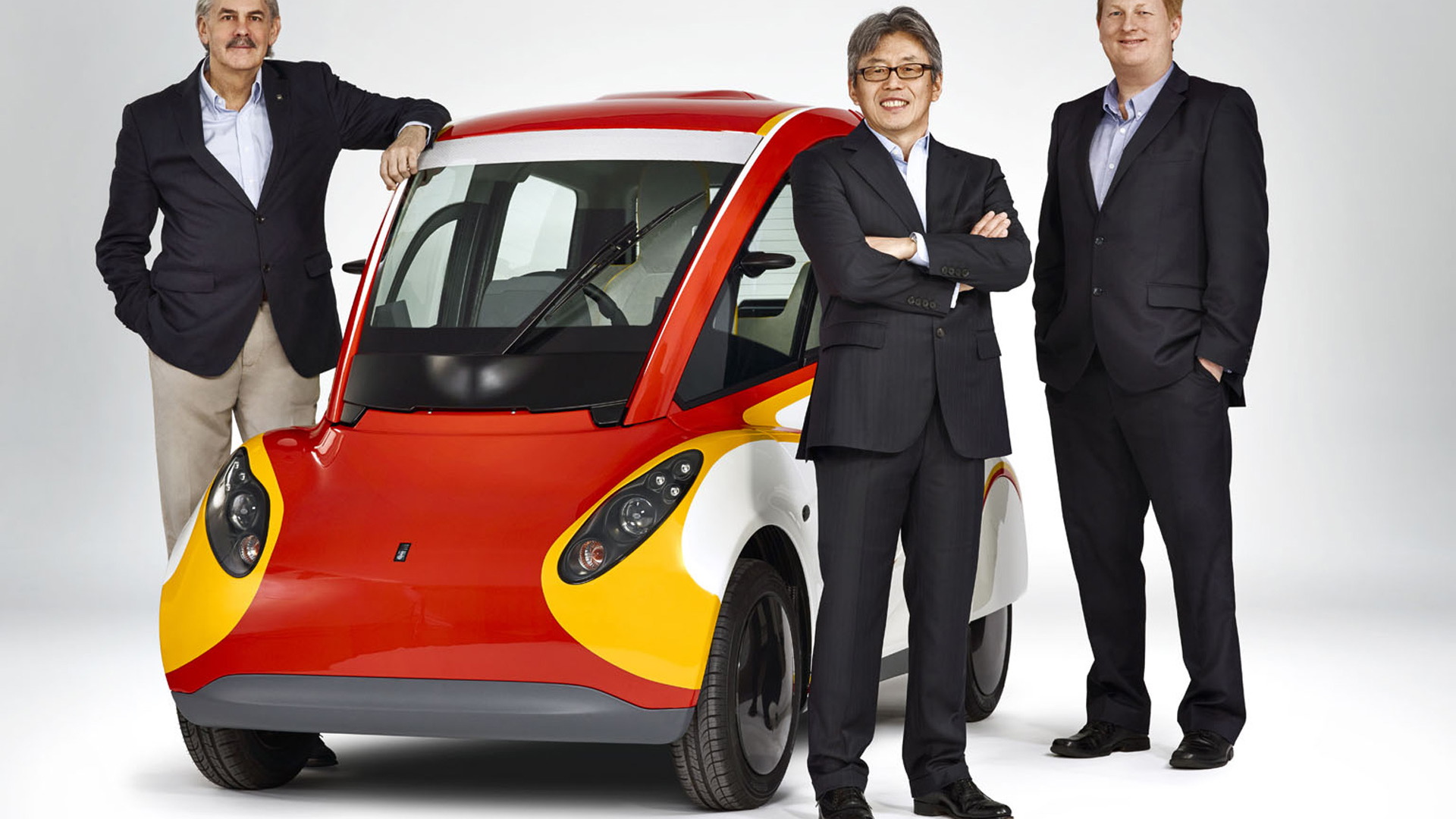 The goal was to design an ultra-efficient city car that would demonstrate radical improvements in the efficiency of both vehicle operation and manufacturing.

The result is a Shell concept car that was unveiled today.

It won't go into production, but Shell and Murray believe some of the technologies and processes used to build it could be incorporated into future production cars.

The vehicle is based around the concept of "co-engineering," wherein the body, powertrain, and lubricants are all designed to work with each other.

The car achieves 89.1 mpg at a steady 45 mph, although that's as measured on the somewhat optimistic European testing cycle.

It's powered by a 0.66-liter three-cylinder gasoline engine adopted from the previous generation European-market Smart Fortwo.

Shell then created motor oil specifically for the car, which by itself is worth a roughly 5-mpg improvement in efficiency, the company claims.

The driver gets a central seating position—not unlike Murray's McLaren F1 supercar—with two passenger seats behind on either side.

The car was built using the iStream production process that Murray says can dramatically reduce the energy requirements of car manufacturing.

Recycled carbon fiber was used for the body, reducing weight and cutting assembly costs to a quarter those of a steel-bodied car, Shell says.

Some components were also 3D printed to expedite the assembly process.

Murray has been in talks with carmakers about implementing the iStream process for years, but so far the only vehicle confirmed to use it is an upcoming sports car from small British firm TVR.

Backing the design of an efficiency-focused concept car is one way for an oil company like Shell to reconcile its business with stricter global emissions standards.

Despite increasing public concern over climate change and calls for a transition away from fossil fuels, Shell believes its products will continue to power the majority of passenger cars for decades.

It has said gasoline won't be fully phased out until at least 2070.