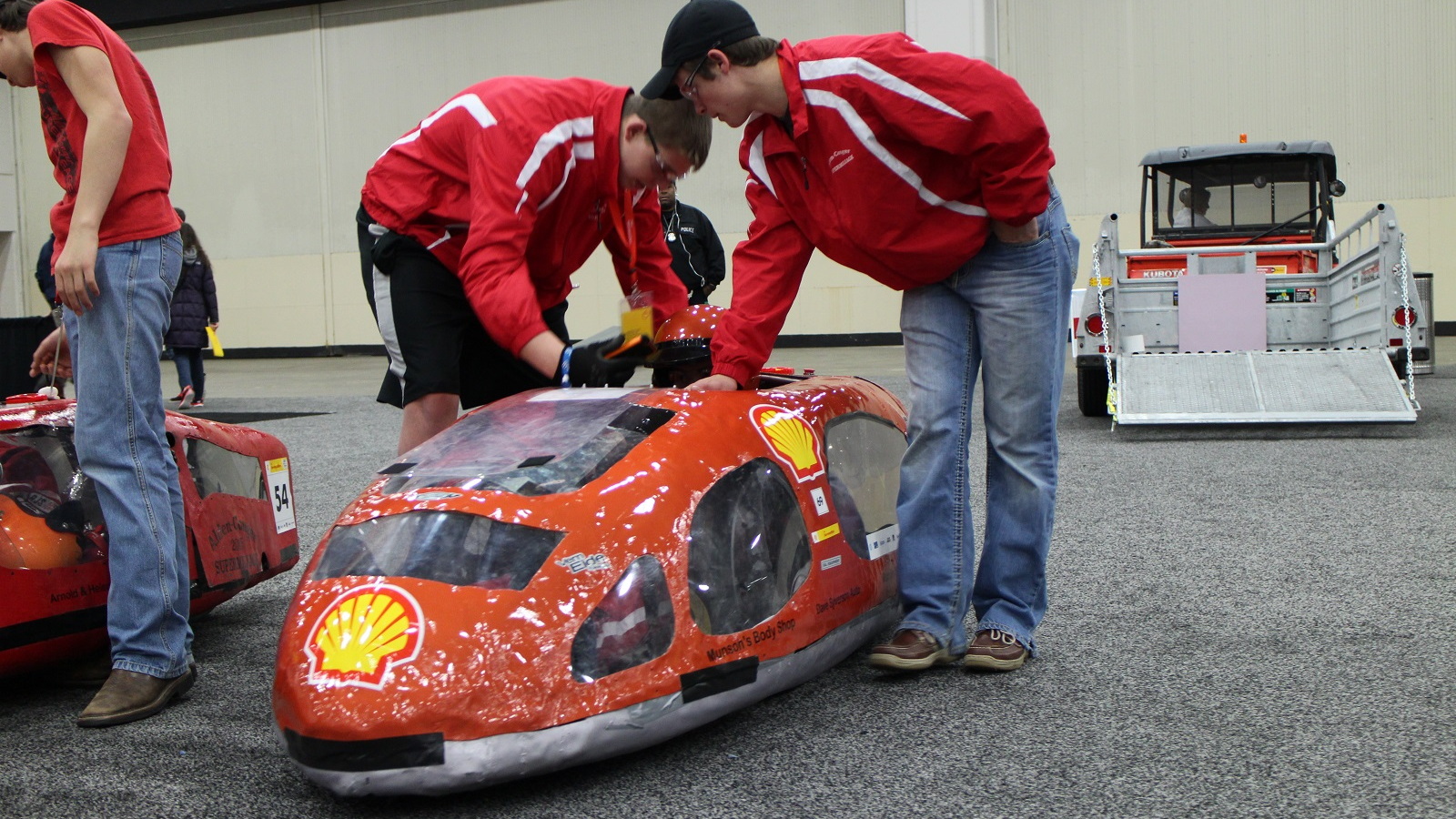 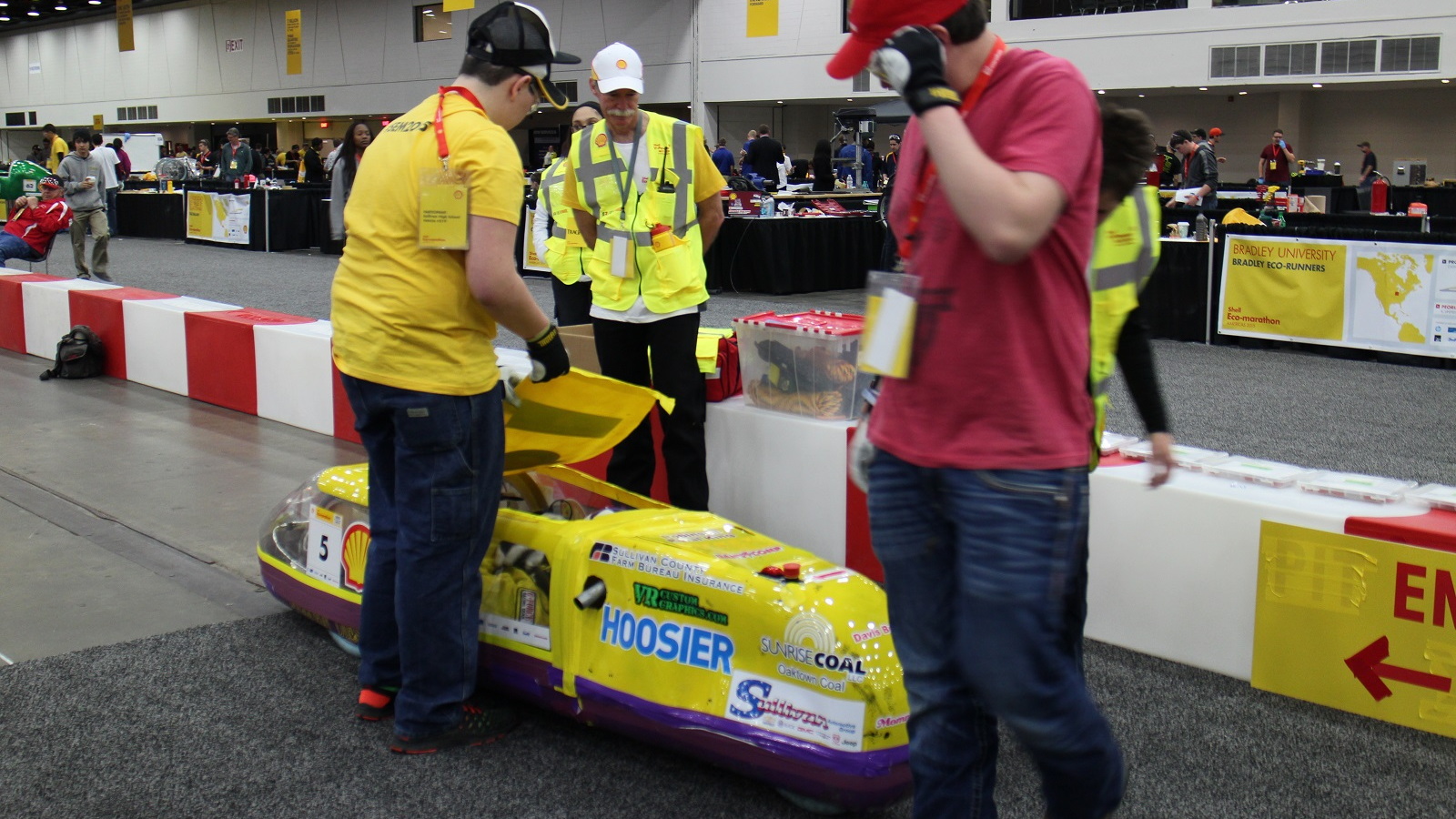 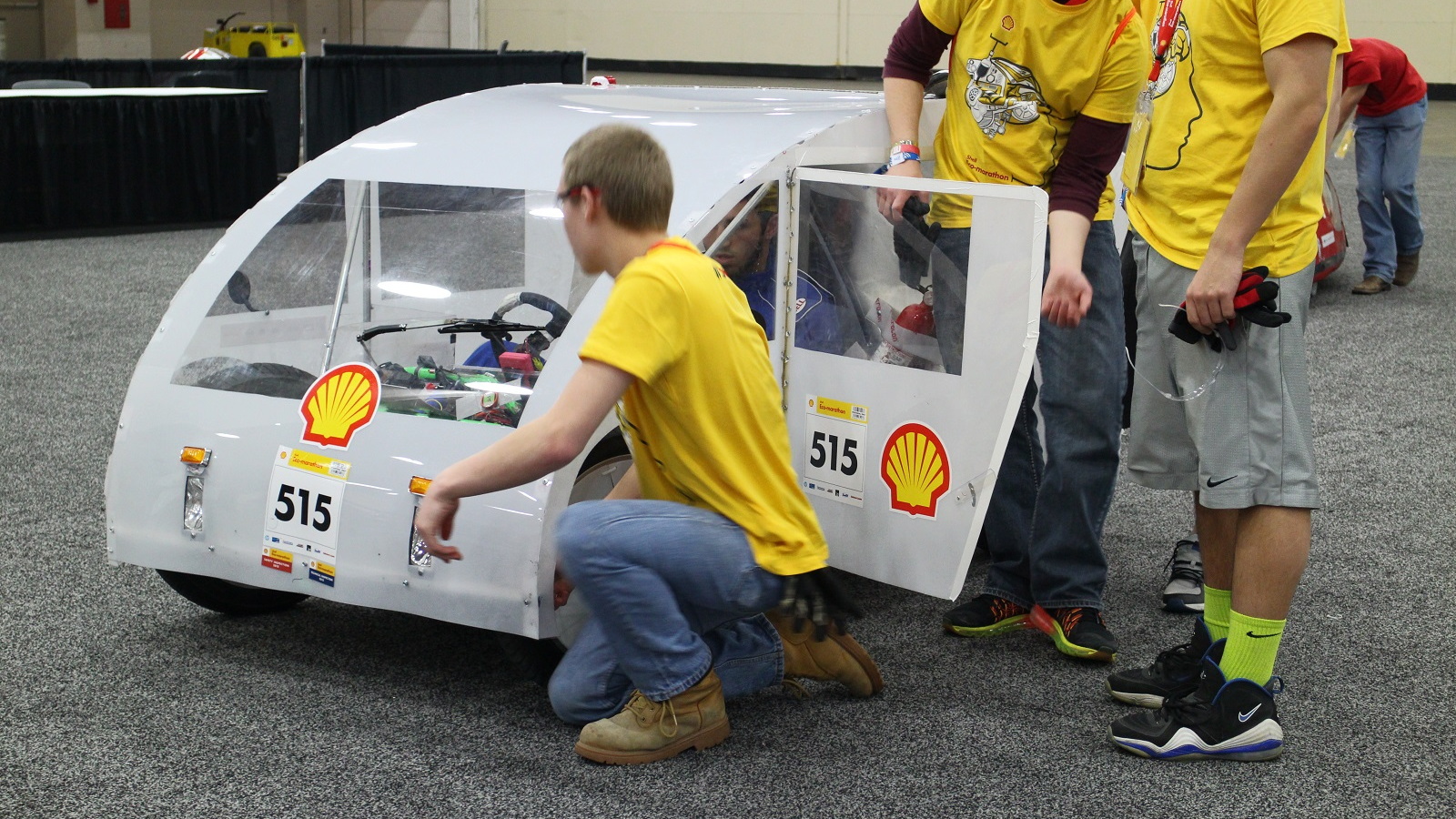 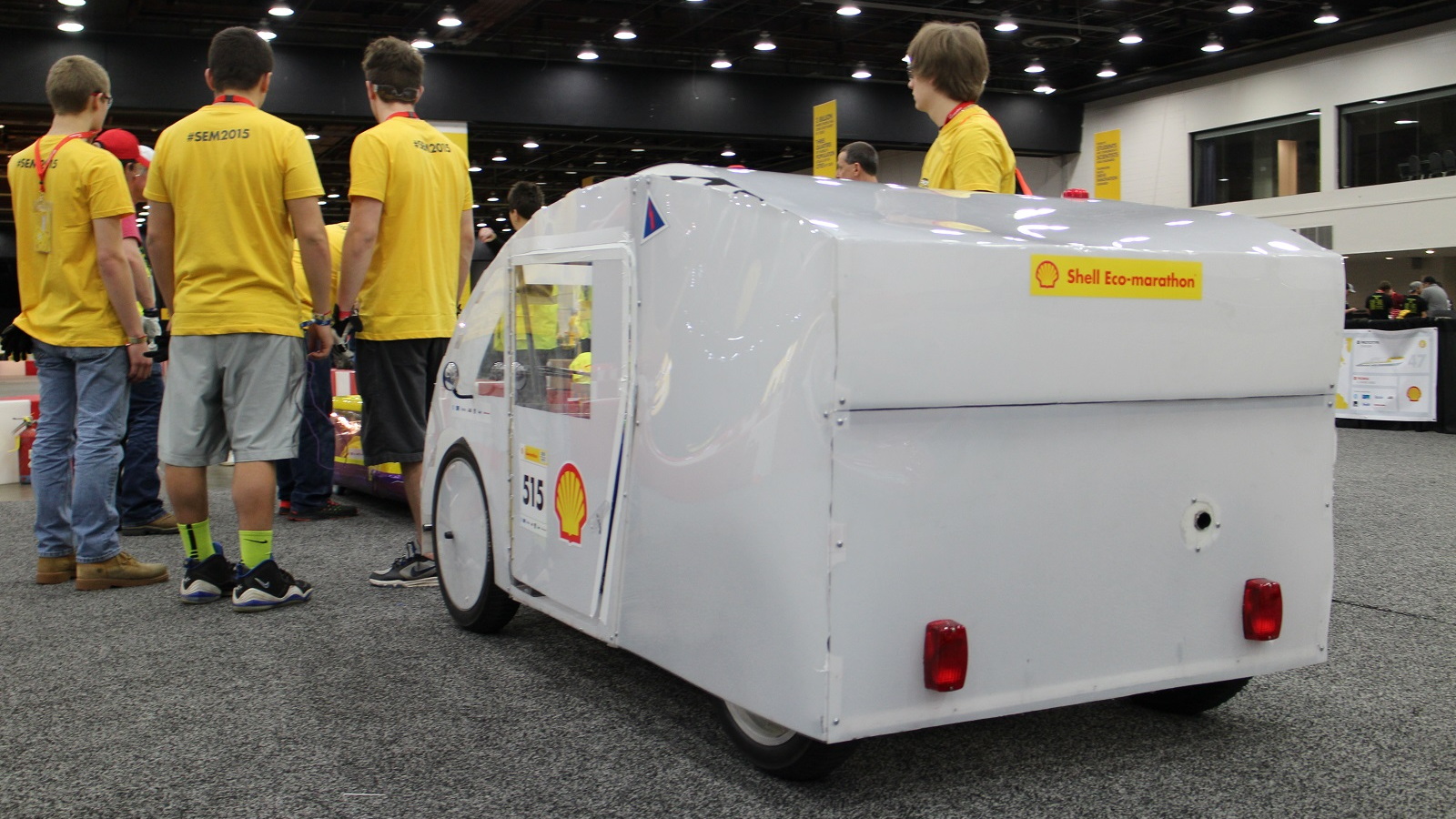 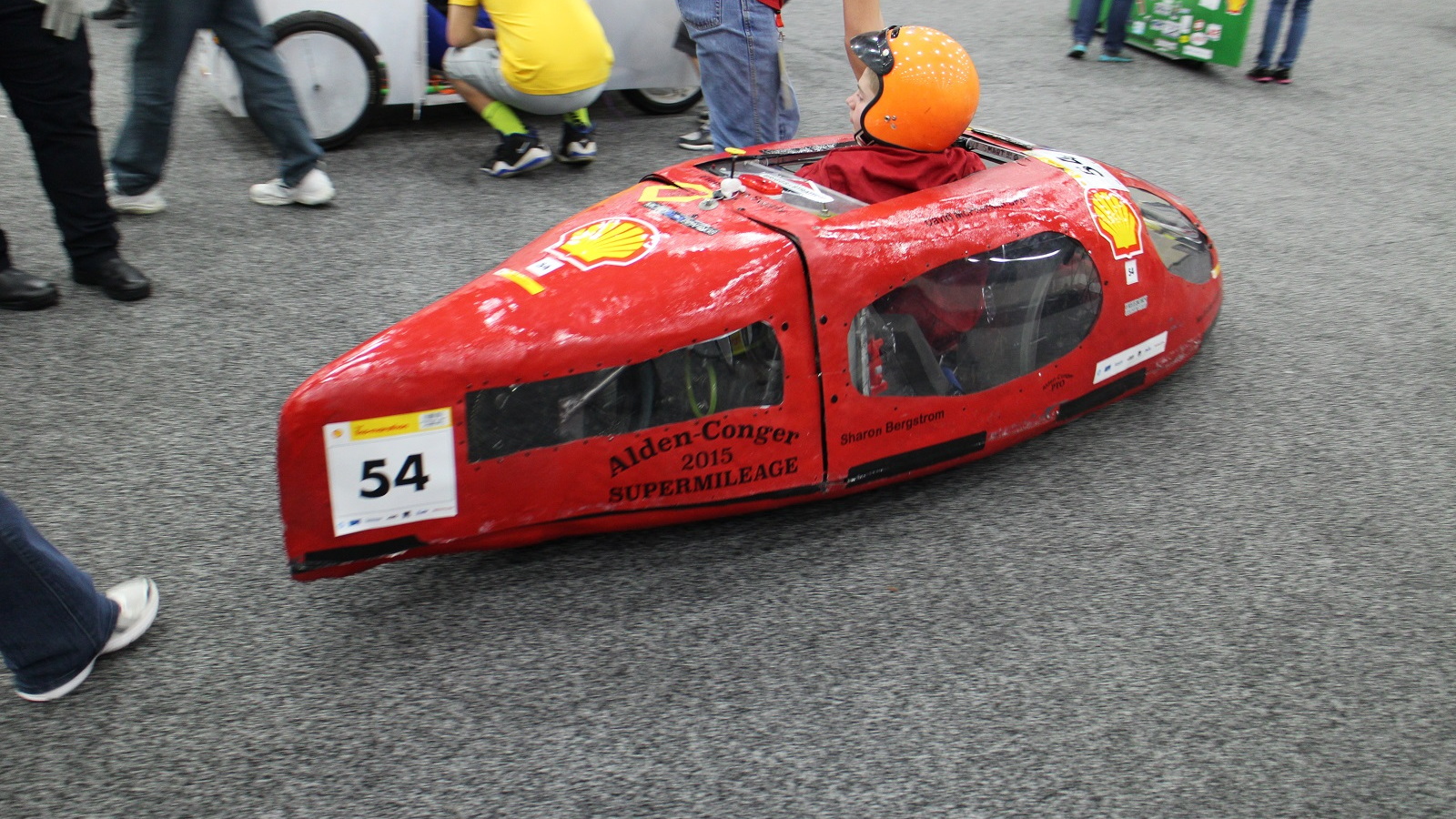 Many of the cars are more like enclosed bicycles, and virtually none of them could operate on public roads or highways.

But the Shell Eco-Marathon offers some useful lessons for the more than 100 high-school and college teams that compete in it--many of them having little to do with the cars themselves.

Cars could compete in one of two classes: Prototype or Urban Concept. Prototypes were the anything-goes class, with a single driver in any position and truly minimal design, more like enclosed recumbent bicycles with a tiny 1- or 2-horsepower engine.

The less-popular Urban Concept class, however, was closer to what the public might recognize as "cars," with upright seating required for two.

In either case, teams could choose from the following list of energy sources and powertrains:

The teams that opted into the newer natural-gas and GTL categories, however, had a much better chance of a top three finish through sheer paucity of entries--especially in the Urban Concept class.

All vehicles had to meet a long list of criteria, including a turning circle no larger than 6 or 8 meters (depending on class), full five-point harnesses for all occupants, unaided driver egress in 10 seconds or less, and a host of additional safety rules.

ALSO SEE: How A Chevy Camaro Gets Greener: Student Competition In EcoCar

Vehicle inspections before the actual competition saw any number of entries fail multiple times, with the scrutineers offering advice on what needed to be added, changed, or fixed so the teams could try again.

Once a vehicle had passed its safety check, it lined up and waited its turn to go around an inside track that included a long straightaway and several curves of varying radius and complexity.

The bulk of the entrants used the traditional "pulse and glide" driving styling, in which their tiny engines accelerated to maximum power and the start of the straightaway, and then the drivers cut power and attempted to coast around the rest of the course until they could do it again--five laps at a time.

And in talking to some of the organizers and the many teachers who oversee and advise their schools' teams efforts, the recurring theme was that some students take more readily to making things than to sitting in classrooms for hours every day just listening.

The process of considering what a vehicle is, how to design it within a very specific set of parameters, and how to solve the many, many problems along the way engages students in a way that book learning simply doesn't.

Think of it as shop class on steroids, with students putting in dozens of hours a month--sometimes more--outside of class to conceive, sketch, and build the most efficient vehicle possible.

MOREE: How Do You Make A Chevy Camaro Muscle Car Green? Students Have 4 Years To Try (Apr 2014)

And some of the stories are remarkable: A high school in a struggling area of one Southern state that fielded three different entries, one electric, one gasoline, and one diesel, for instance.

While none of these cars would be legal, or even safe, to operate on public streets, many students entered their teams with only the haziest notion that determined young people aged 14 to 21 could design, build, test, drive, and repair an entire vehicle.

And like the EcoCar college competition, there are likely a number of budding engineers who find their calling during the Eco Marathon.

In that event, sponsored by the U.S. Department of Energy and General Motors, among others, competitors start with production cars and modify them intensively to double or triple their efficiency.

But the energy efficiency numbers achieved by the ultra-extreme vehicles at the Shell Eco Marathon are pretty remarkable.

The all-time record for fuel efficiency on gasoline thus far is the one set in the 2013 competition in Europe: the equivalent of 3587 miles per gallon.

This year, Toronto’s Supermileage Team 2 achieved the equivalent of 3,421 miles per gallon in the Prototype Gasoline category--not quite beating the best-ever, but coming close.

The battery electric category was won by the Mater Dei Supermileage 3 team. (The three vehicls entered in the natural-gas Urban Concept category all took top-three honors.)