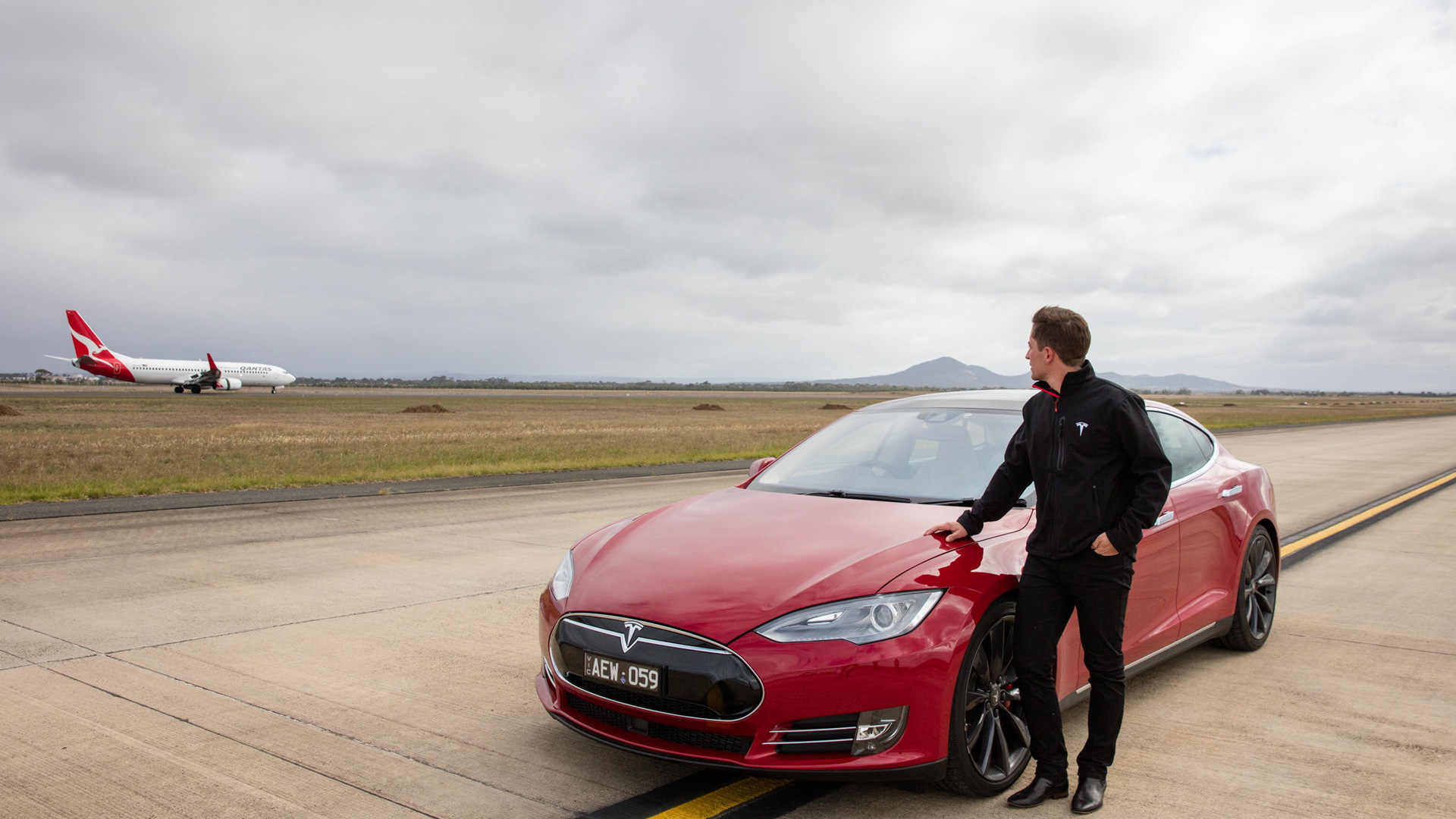 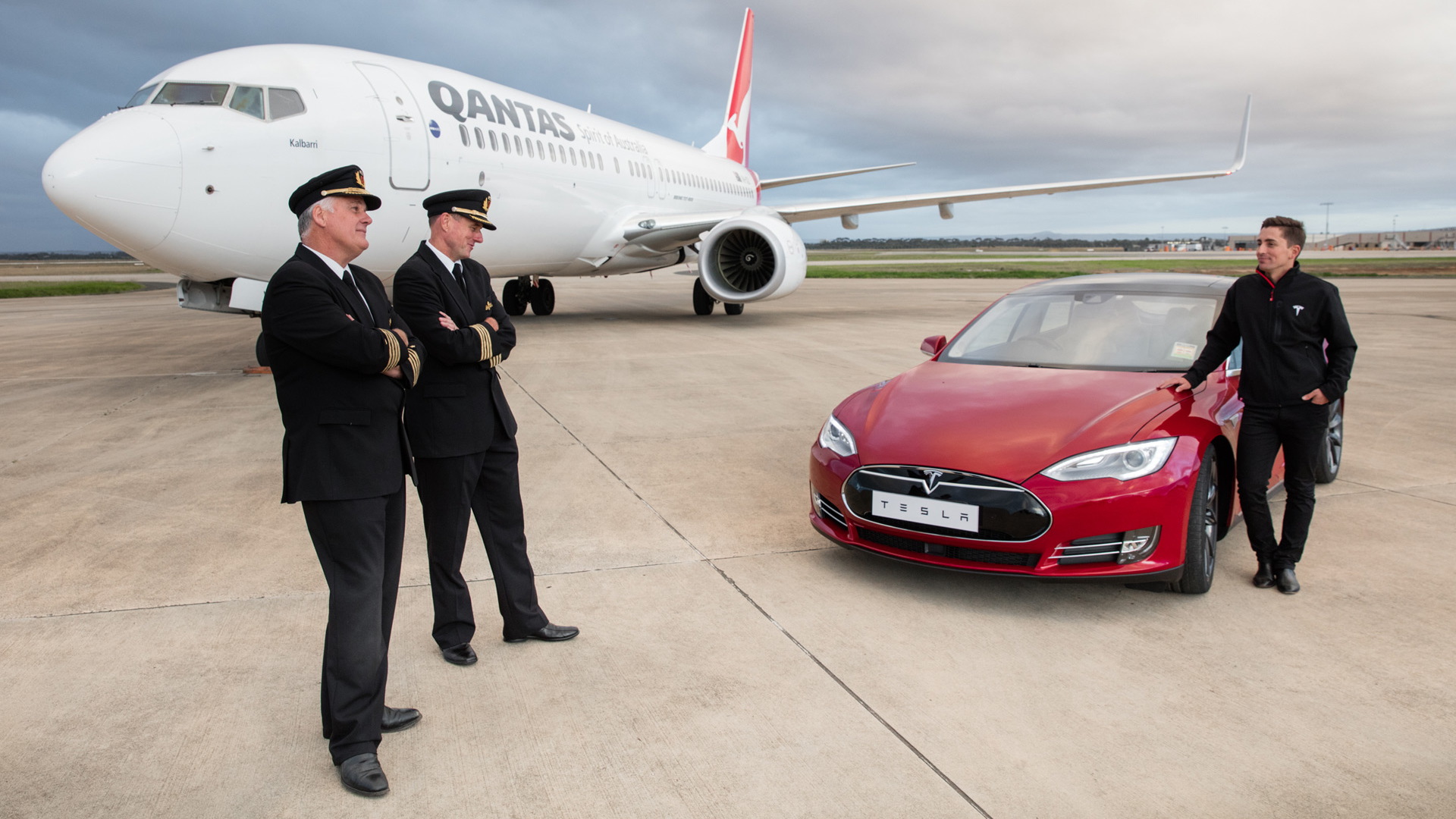 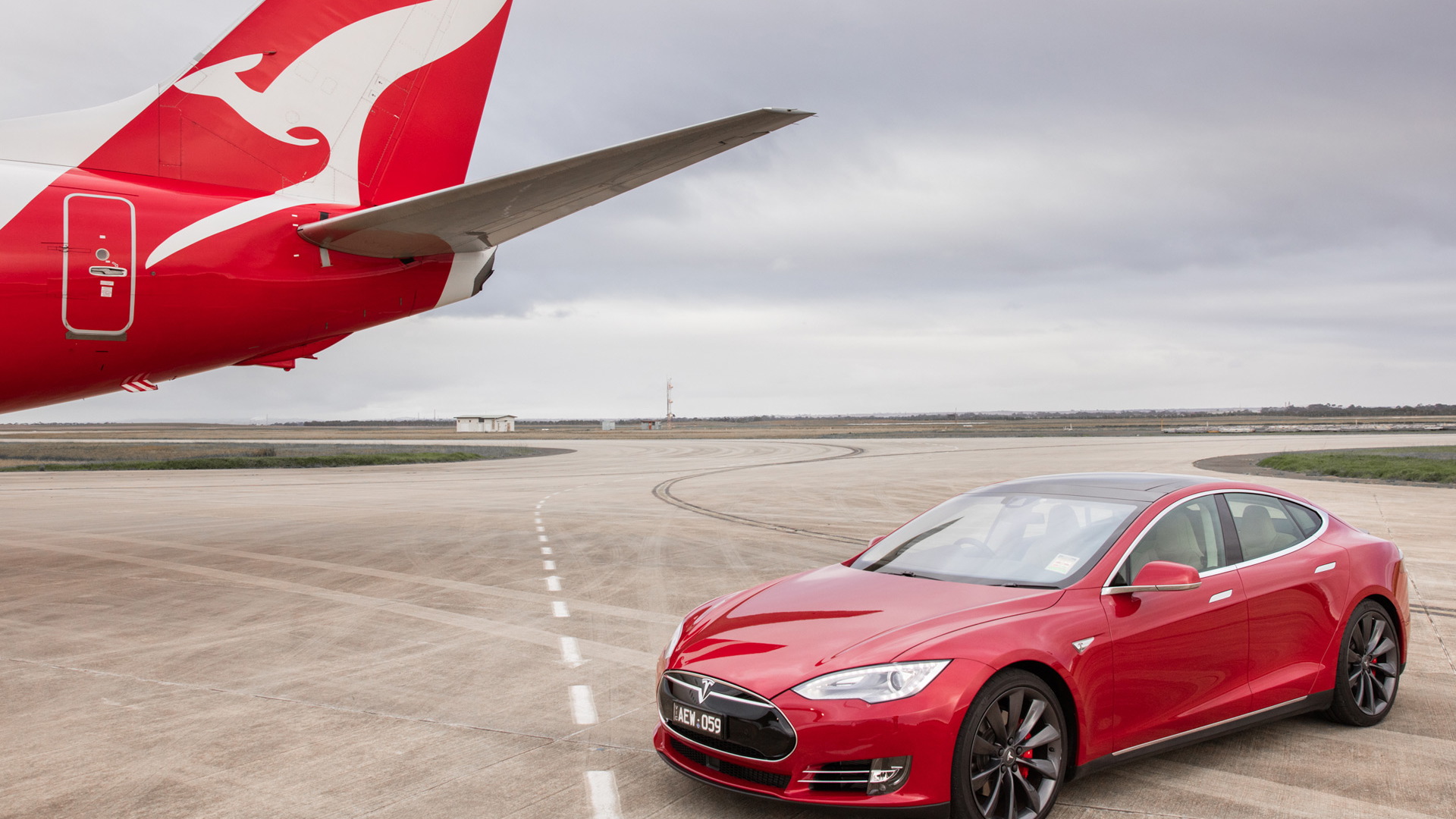 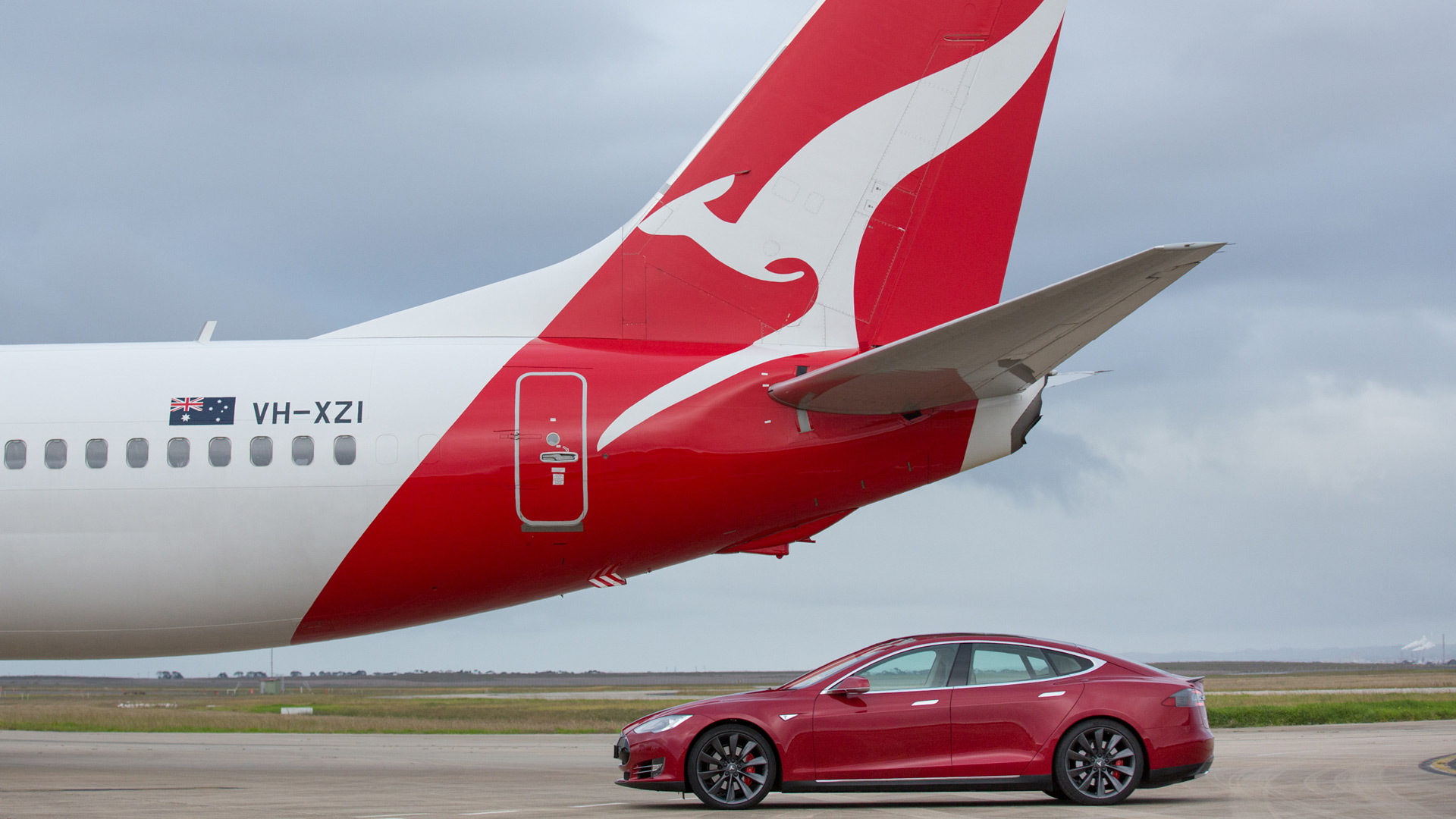 In fact with a 0-60 mph time of 2.8 seconds it’s currently the quickest four-door car in production.

But how does it compare with a Boeing 737 which produces as much as 52,000 pounds of thrust at takeoff? Well, you’re about to find out.

The folks at Australian airline Qantas teamed up with Tesla for a little promotional stunt. The end result is this video showing a drag race between the 737 and the Model S, which happened recently at Avalon Airport located outside the Australian city of Melbourne.

As you’ll see in the video, the Model S is the clear early winner on the ground. However, it’s eventually taken over by the 737 moments before the big jet gets airborne. That’s because the 737’s takeoff speed is 140 knots (161 mph), which is higher than the Model S’s top speed.

The P90D is the current performance flagship for the Model S. It features a 90-kilowatt-hour battery and an electric motor at each axle. The motor at the front produces 259 horsepower while the one at the rear produces 503 horses.

We hear, though, that a more potent P100D might be in the works.