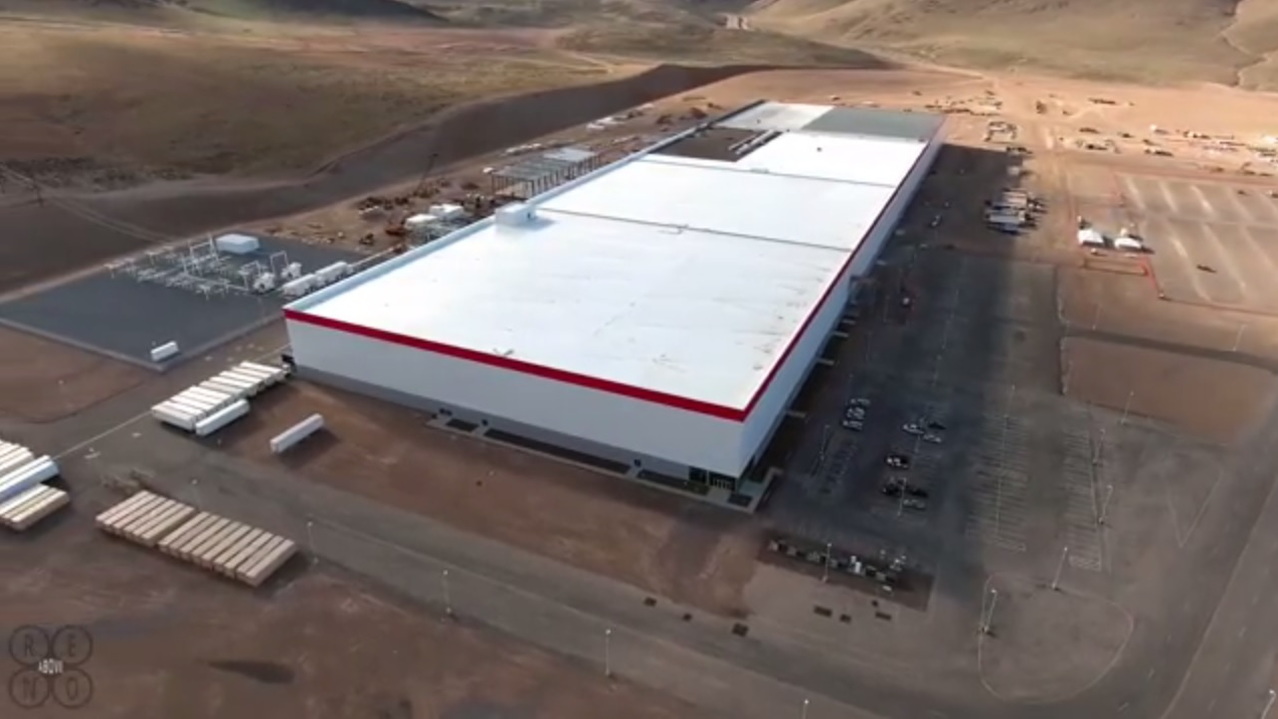 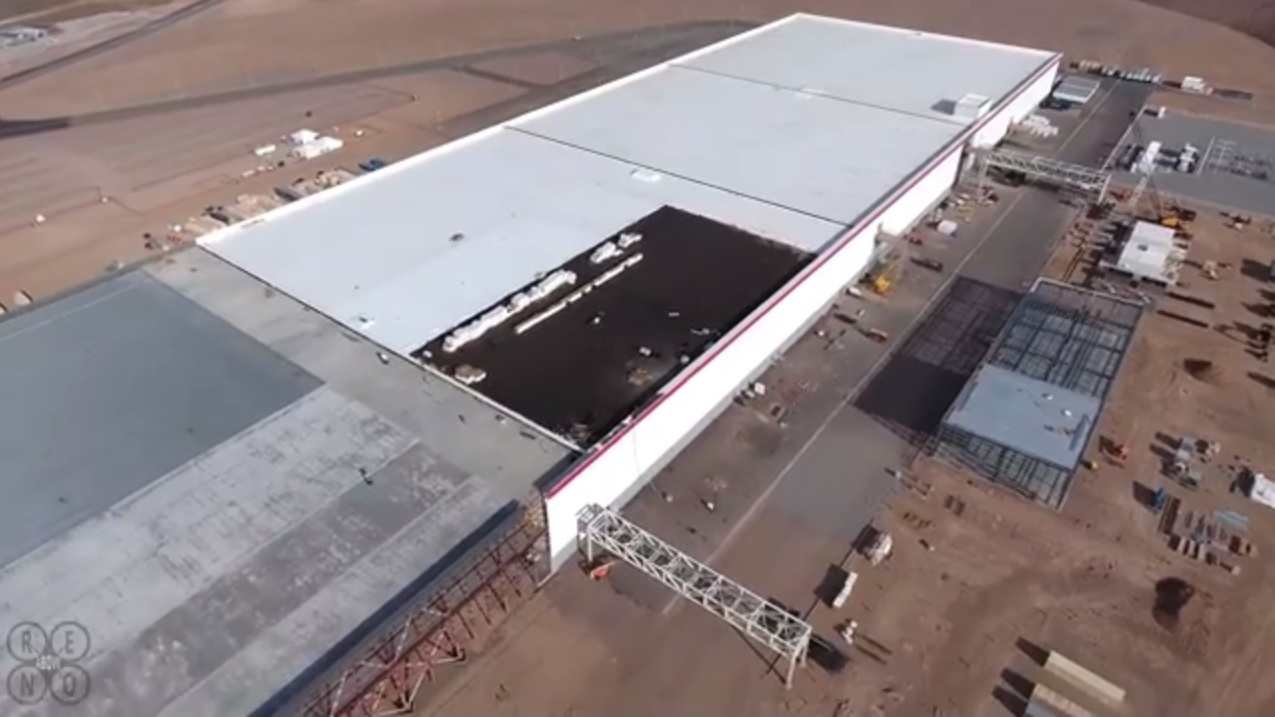 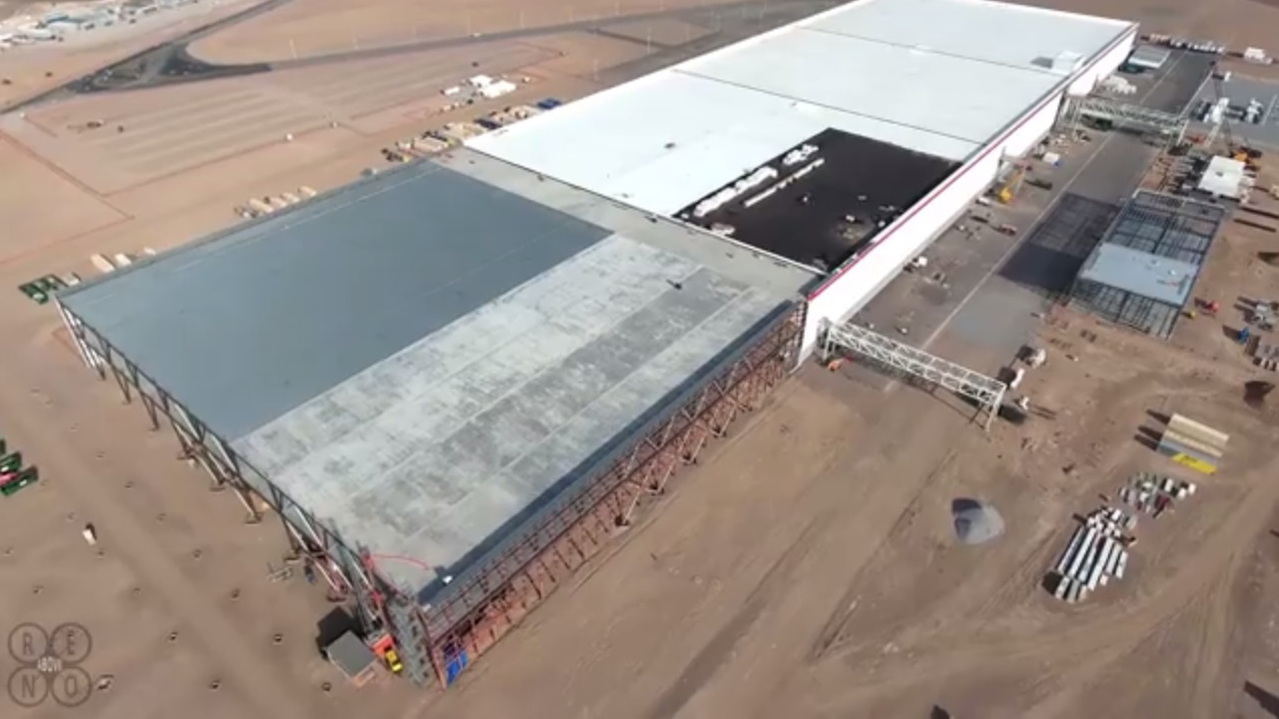 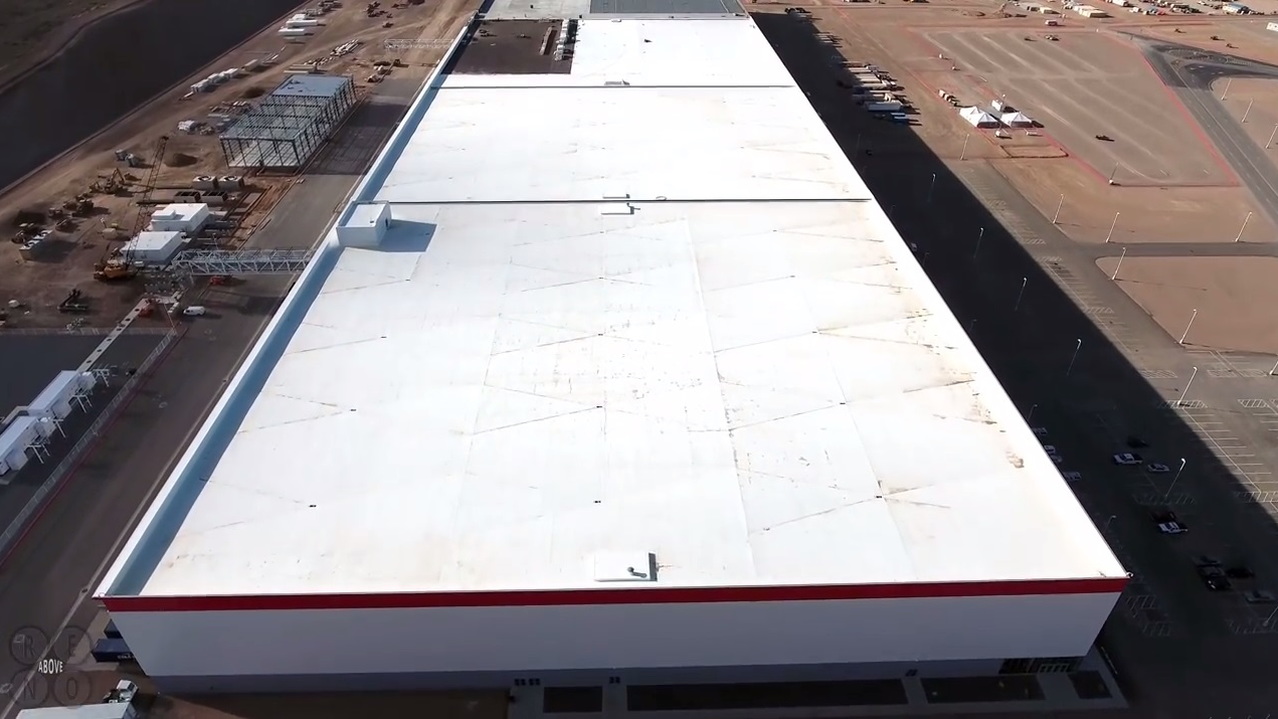 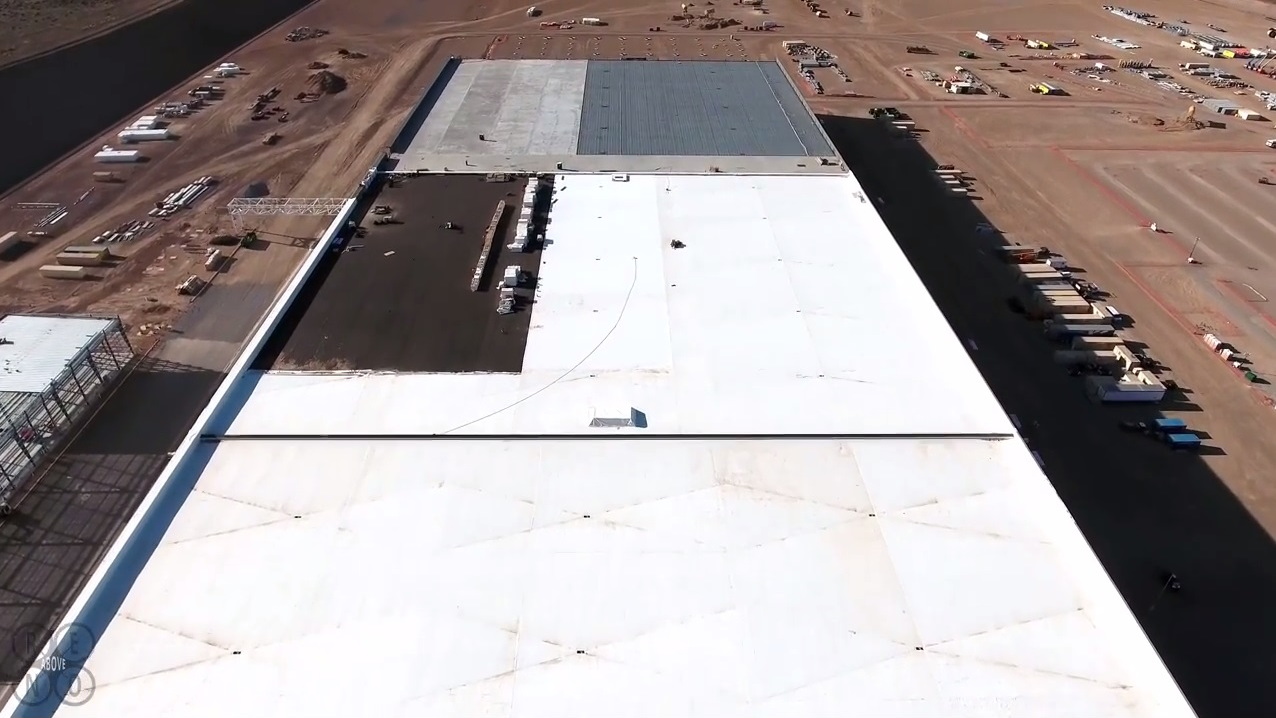 Last night's Tesla Model 3 electric car unveiling is getting all the attention today, with at least 135,000 reservations booked for the car.

But to get the $35,000 Model 3 out the door with the announced 215-mile range, a generation of lithium-ion cells will be required for its battery.

And that's where the massive gigafactory outside Reno, Nevada, comes in.

To make the numbers on the Model 3 work, it has to have battery cells produced in massive volumes, at costs far lower than the cells Tesla buys from Panasonic for the Model S and Model X.

The gigafactory, which is now producing battery packs but not yet fabricating the cells inside them, is required to make that happen, as Tesla CEO Elon Musk has noted numerous times.

Much debate has raged in financial circles over the factory's progress, with some analysts suggesting the gigafactory is behind schedule, much smaller than promised, and unable to deliver the promised cost savings on its cells.

But footage from a recent drone video of the factory shows that it has made some progress since a similar video emerged last May.

CHECK OUT: How to reserve a Tesla Model 3 at stores and online (updated)

Accompanied by somber music, the 1-minute clip shows the rectangular two-story factory building from a number of angles.

The building now has more sections covered in white reflective roofing, a paved parking lot, and workers' vehicles parked in it.

The white roof is edged in red, giving the gigafactory a visible Tesla identity even from the air.

Portions of the building are still under construction, however, and footings for a much larger expansion yet are clearly visible as well.

ALSO SEE: Tesla Gigafactory: Drone Flyover Shows How Huge It Really Is (May 2015)

The video was posted by Above Reno, an aerial videography and photography agency based in Reno.

Like the previous video (posted by a different entity), the description of this video includes promotional messages and a link for businesses interested in relocating to the area.

It also includes a separate link to available local jobs at Tesla Motors. The gigafactory, clearly, is viewed by many area residents as a good thing.

The state of Nevada shares that view; it has offered Tesla more than $1 billion in incentives over a 20-year period.

To get the full package, Tesla must meet a variety of benchmarks for employment and investment that spelled out in agreements approved by the legislature at the behest of the governor.

But with the remarkable reception to the Model 3, Tesla's next task will be to ensure the gigafactory can actually produce the cells required for volume production of its battery packs by the time the car launches.