The idea of the four-motor electric car has been around since the start of the 20th century.

One of Ferdinand Porsche's first ideas, in fact, was the Lohner-Porsche that debuted at the 1900 Paris World Fair, with a hub motor in each front wheel.

Toss four electric motors in a car and you could have plenty of power, four-wheel drive, and individual control of the power to each wheel.

Turns out that's not such a great idea. Locating a heavy motor at each wheel would add unsprung weight that would harm ride and handling.

However, mount those motors inboard and you might be on to something. It turns out Honda has been studying the idea of a four-motor electric car that could be both efficient and fun to drive.

This past June, a group of young Honda engineers competed in the Pike's Peak International Hill Climb with a four-motor CR-Z modified not only for electric power, but also a complete race spec. 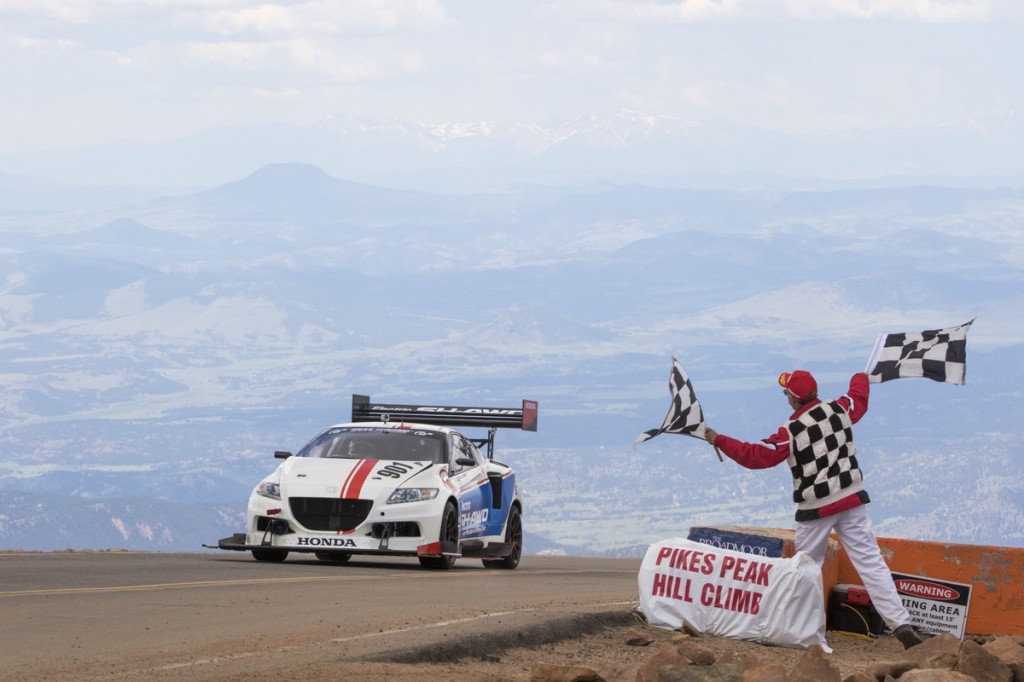 This four-motor Honda CR-Z placed 11th overall and first in the Exhibition class at the 2015 Pike's Peak International Hill Climb.

That car, which makes an estimated 450 horsepower, placed 11th overall with a time of 10:23.829 and won the Exhibition class with Japanese Super GT driver Tetsuya Yamano at the wheel.

A couple days before this week's Tokyo Motor Show, I had the opportunity to drive a more streetable version of a four-motor CR-Z at Honda's R&D Center in Tochigi, Japan.

The car in question is a test-mule that Honda built to study the idea of a four-motor sports car. It is fitted with a racing seat and racing steering wheel.

ALSO SEE: Honda Clarity Fuel Cell May Be Its Electric Car And Plug-In Hybrid Too

More importantly, it has four motors that combine to create between 200 and 225 horsepower, depending upon which engineer you ask.

Like the Pike's Peak car, it features a version of the Super Handling-All Wheel Drive system found in current Acuras, as well as the Precision All-Wheel Steer (PAWS) system that allows the rear wheels to turn up to 2 degrees.

Honda isn't saying how big the motors are, what battery is used, or giving an official number for the range, but the motors are likely based on those used in the RLX and NSX hybrids. 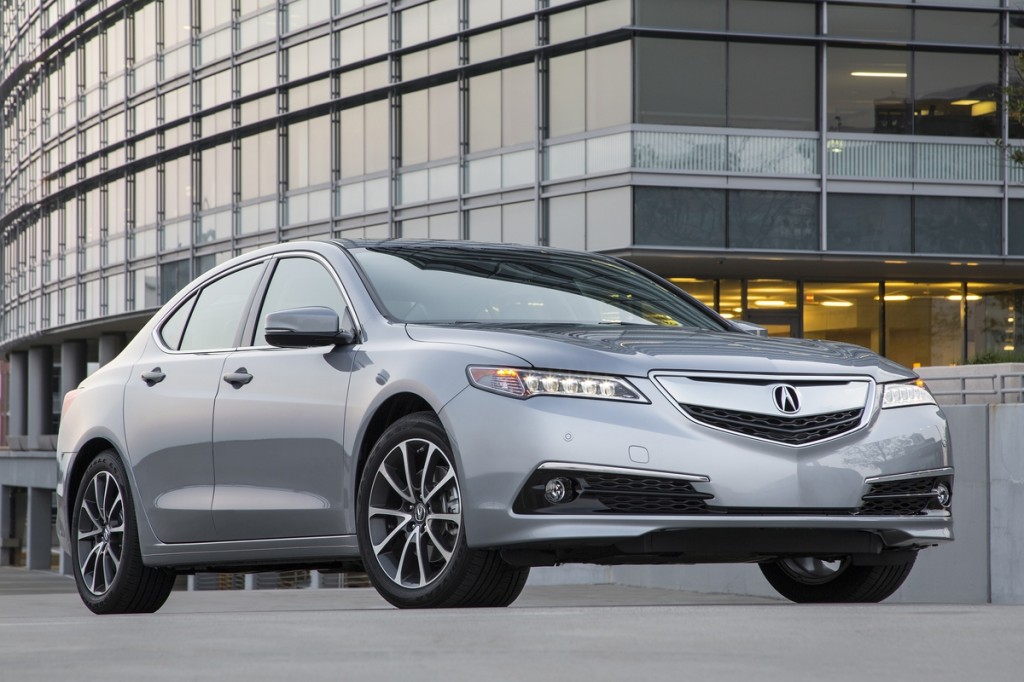 One engineer estimated 100 kilometers of range, while another said 100 miles.

My time behind the wheel in the four-motor CR-Z was the highlight of a long day that included a peak behind the curtain at much of the technology Honda is pursuing, including its forthcoming Clarity Fuel Cell car.

It stuck to the pavement through corners, no doubt helped by those big, sticky tires.

However, it also turned in nicely and held a constant and predictable line through the corners. That's likely thanks to the torque vectoring that's possible with individual motors at each wheel; overdriving the outside wheels can help the car rotate.

Up to this point, the CR-Z has been a disappointment over the six years it's been on sale: Billed as a sporty hybrid, it delivers neither the power and handling to fire the passions of enthusiasts, nor the fuel economy to impress green buyers. 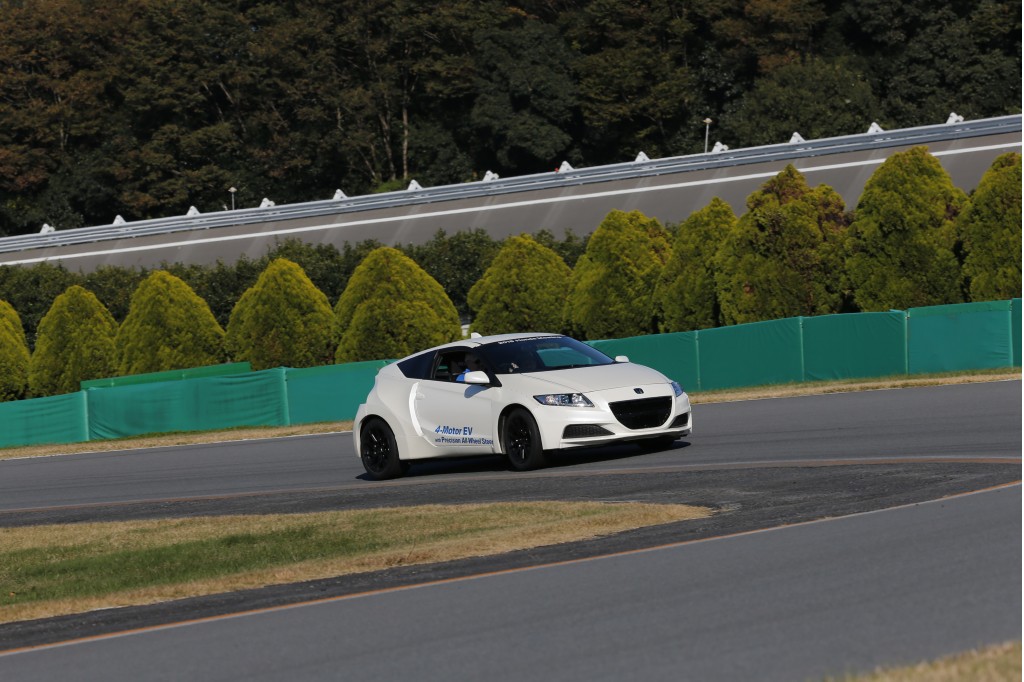 This four-motor system could be one way to fix those problems. And it appears to be possible to build such a car from Honda's electrified parts bin: The motors, SH-AWD and PAWS systems, and battery are all available.

Toss those ingredients in a CR-Z or other sports car that can deliver 100 to 200 miles of range, and you could have a green car with the handling of a modern sports car.