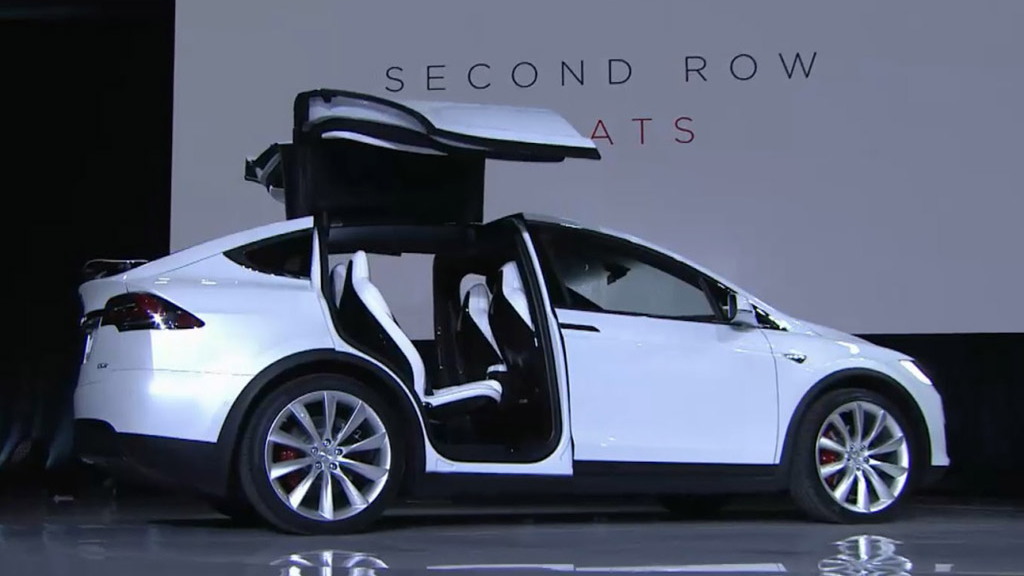 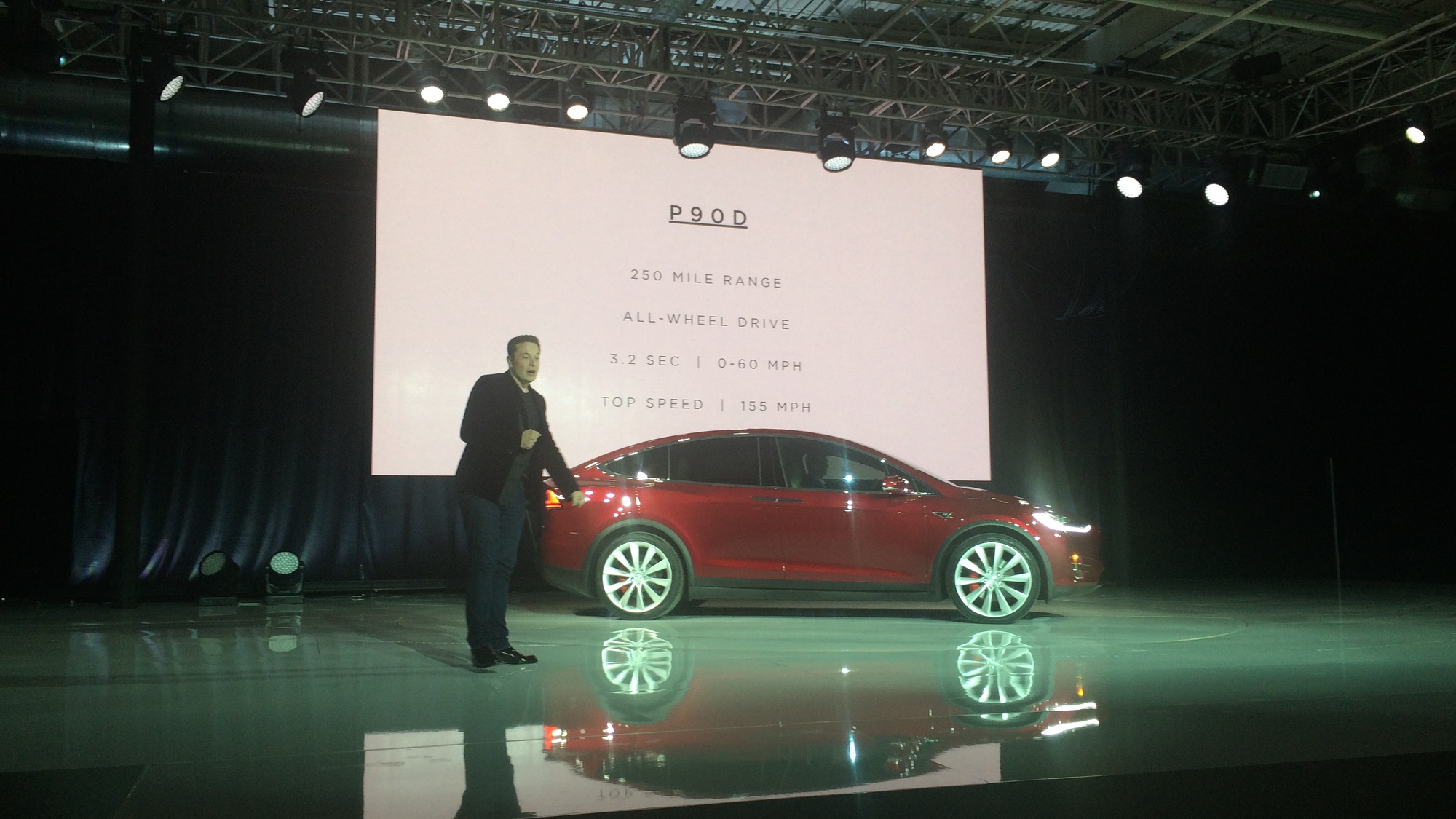 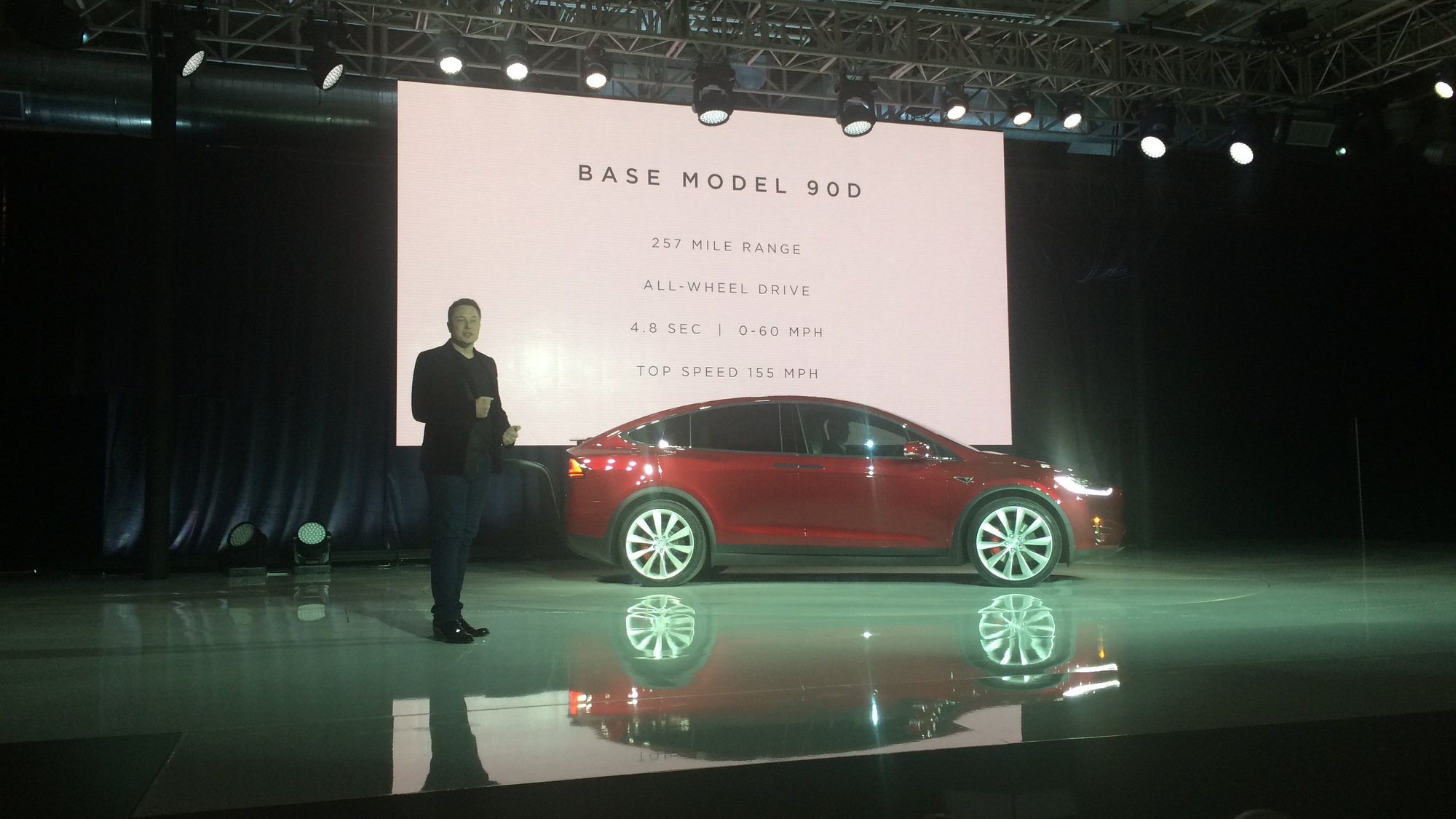 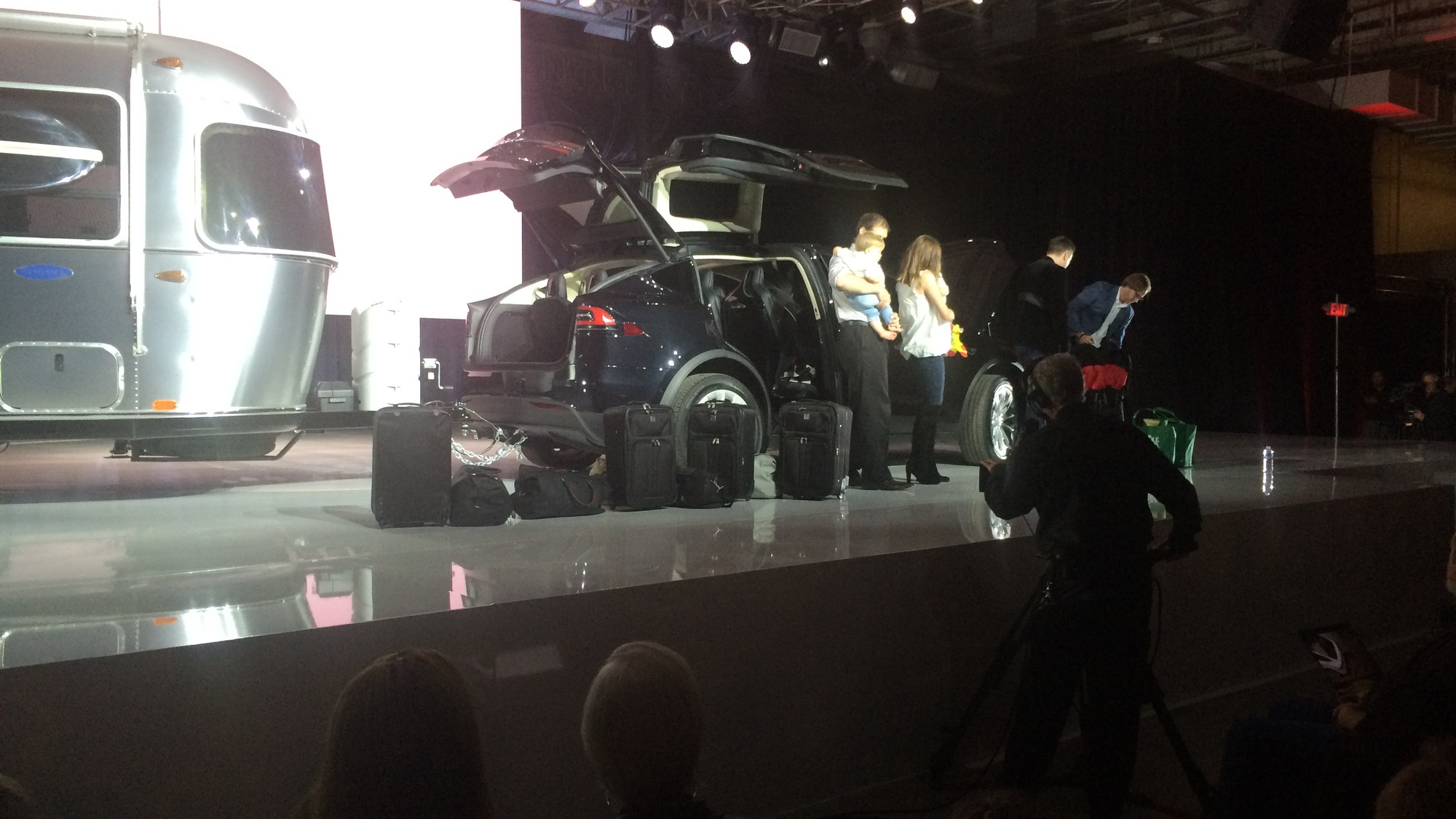 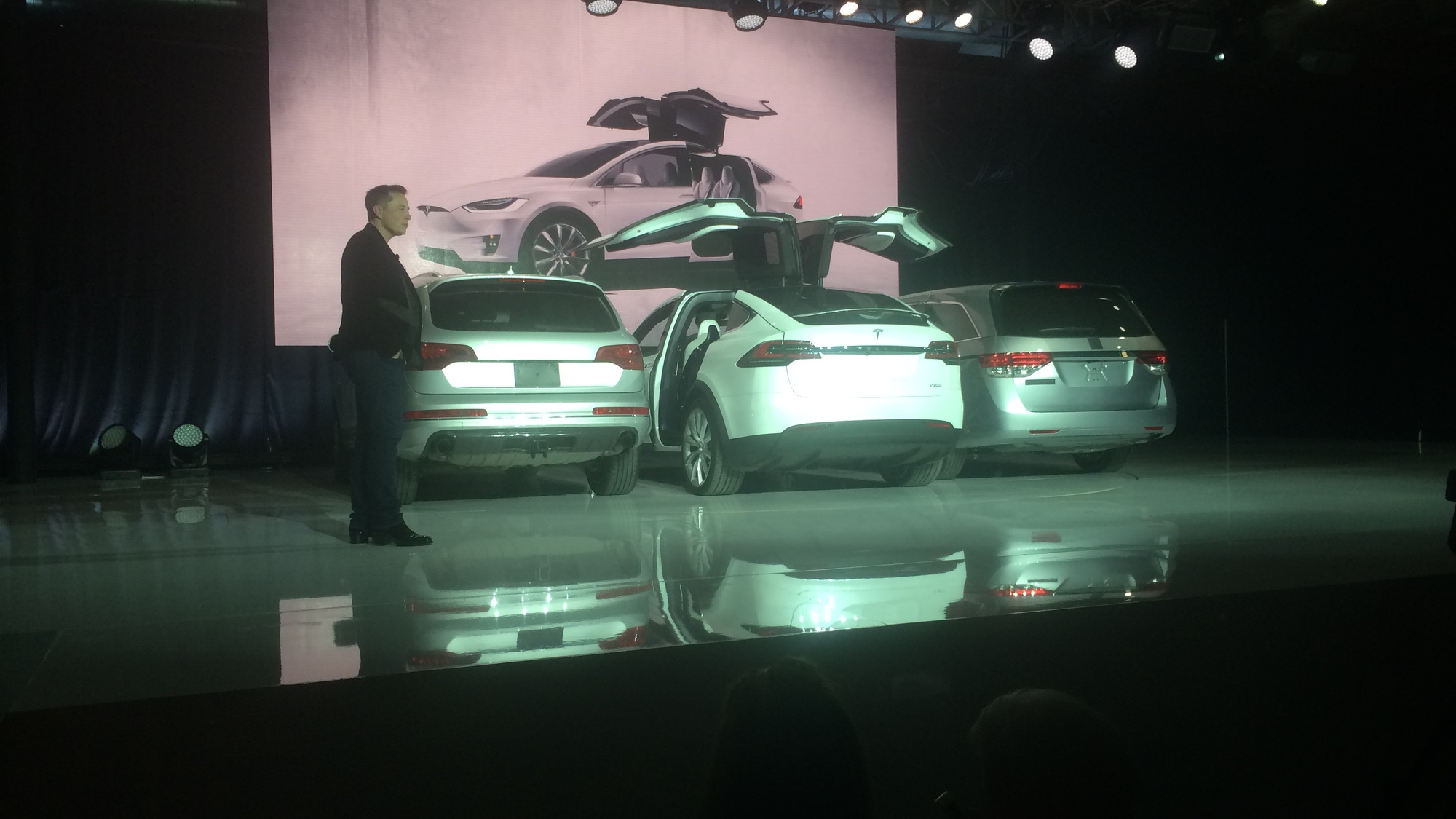 As the sun set over Fremont, California, on Tuesday evening, convoys of luxury buses delivered Tesla owners and enthusiasts to a nondescript office park for the official launch of the Model X. It was a friendly audience that cheered through most of Elon Musk's presentation.

The Tesla CEO began with a focus on the Model X's safety credentials. Crash testing indicates it will be the first SUV to earn an across-the-board five-star rating from the National Highway Traffic Safety Administration (NHTSA). The secret to this presumed success is battery placement that creates an unusually low center of gravity for an SUV and greatly diminishes rollover risk. There are also some active-safety features; the Model X will autonomously brake and steer in a variety of emergency situations.

In a none-too-subtle dig at Volkswagen's recent travails, Musk then discussed the Model X's Bioweapon Defense Mode. "This is a real button," he said with a smile. He claimed the Model X's HEPA filter system will clean the cabin's air to medical-grade standards.

Only after all of this did Musk get to the wing-like rear doors—falcon, not gull. The inspiration for their design had a functional genesis, he insisted, in easing entry and exit for third-row passengers. He seemed to knock his head against the roof during his demonstration, but he looked rather cramped back there and we can probably chalk that up to limited headroom.

The doors have two hinges and a sonar system that recalculates the arc when it senses a low garage roof or a nearby car. An interesting thing about that sonar system: It was developed to see through metal so there wouldn't be unsightly pucks in the middle of the doors.

And then a Model X towing a 5,000-pound trailer arrived on the stage. Its cabin was loaded up with two adults, several children, an array of suitcases, and—in a forward storage compartment under the hood—a double-seated stroller. On one hand, it seemed to show off more utility potential than you might expect; on the other hand, a Model X packed to the gills didn't look very comfortable.

Musk saved performance for last, and it felt almost like an afterthought. He said the base Model X 90D will have all-wheel drive, a 257-mile range, a 0 to 60 mph time of 4.8 seconds, and a top speed of 155 mph.

DON'T MISS: Tesla Model X: Will Falcon Doors Be A ‘Killer App’ Or A Handicap?