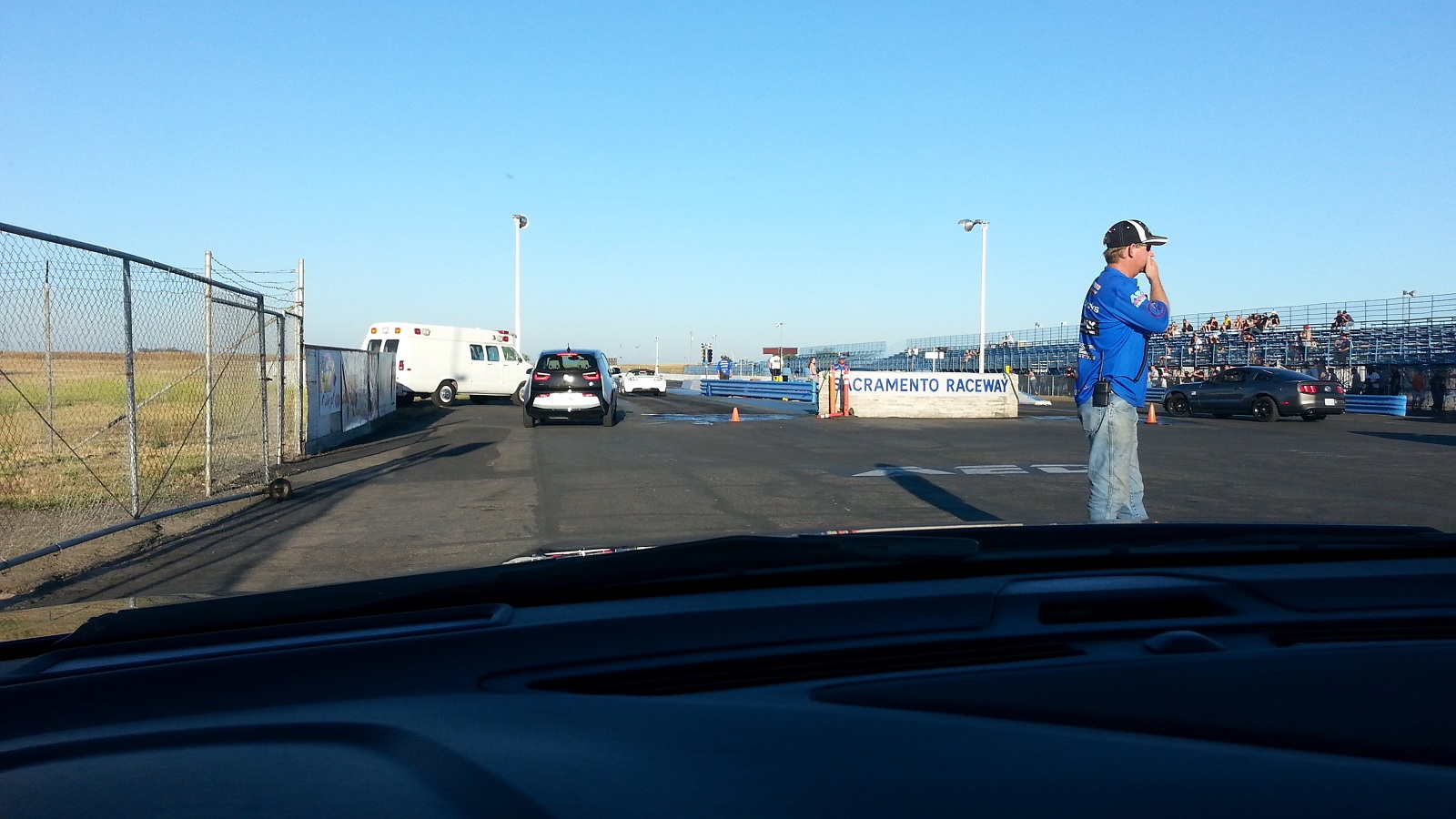 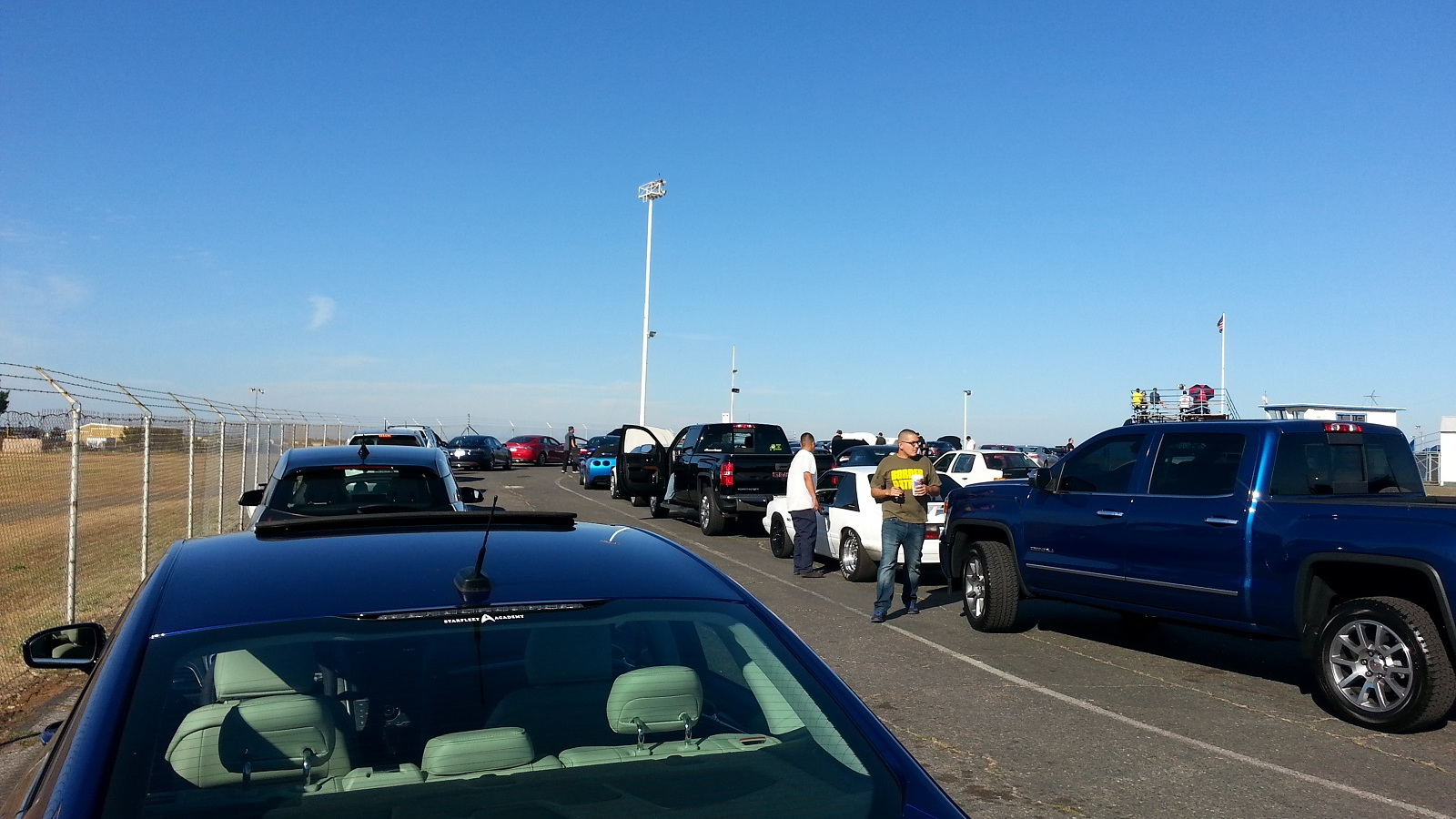 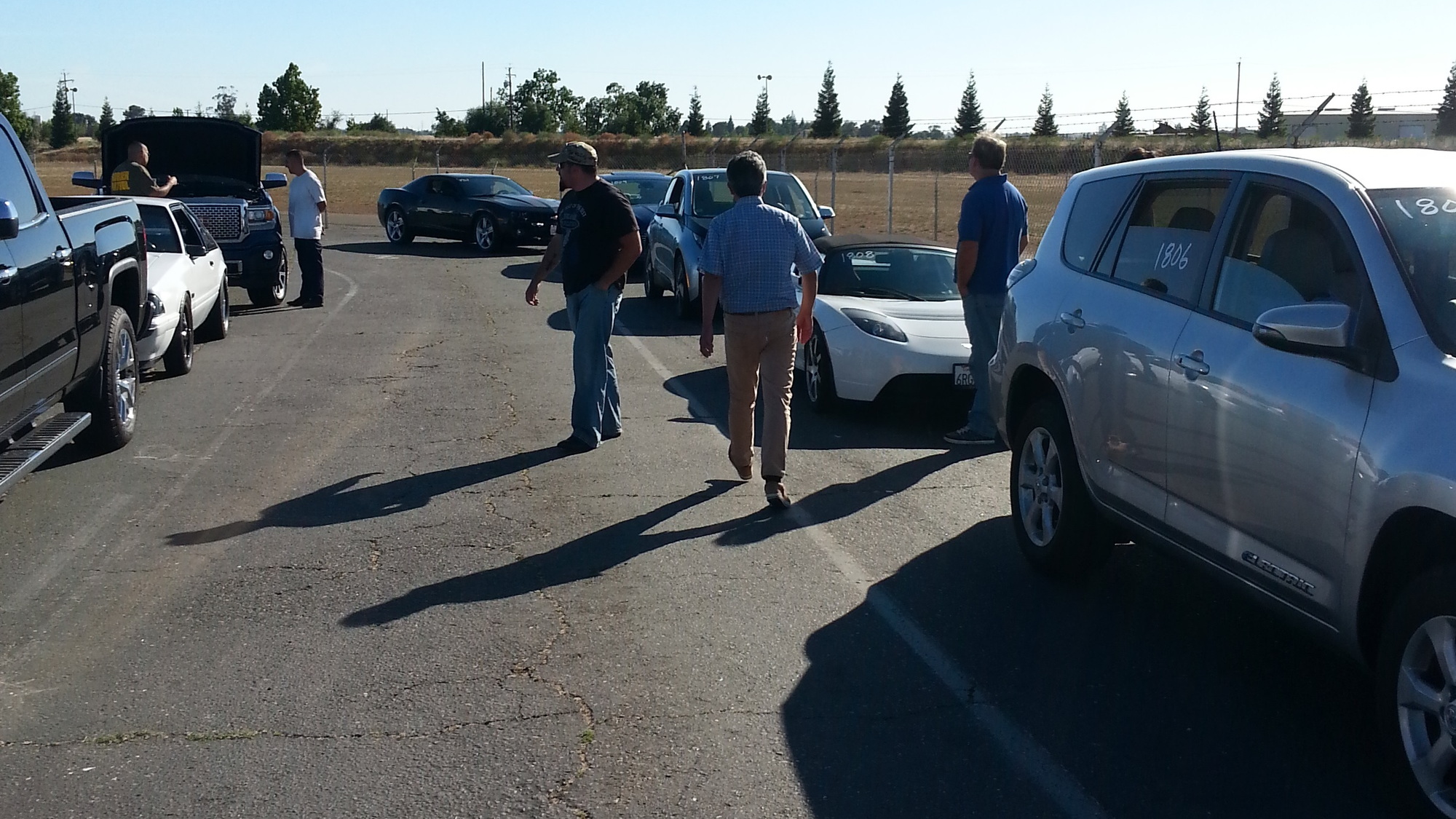 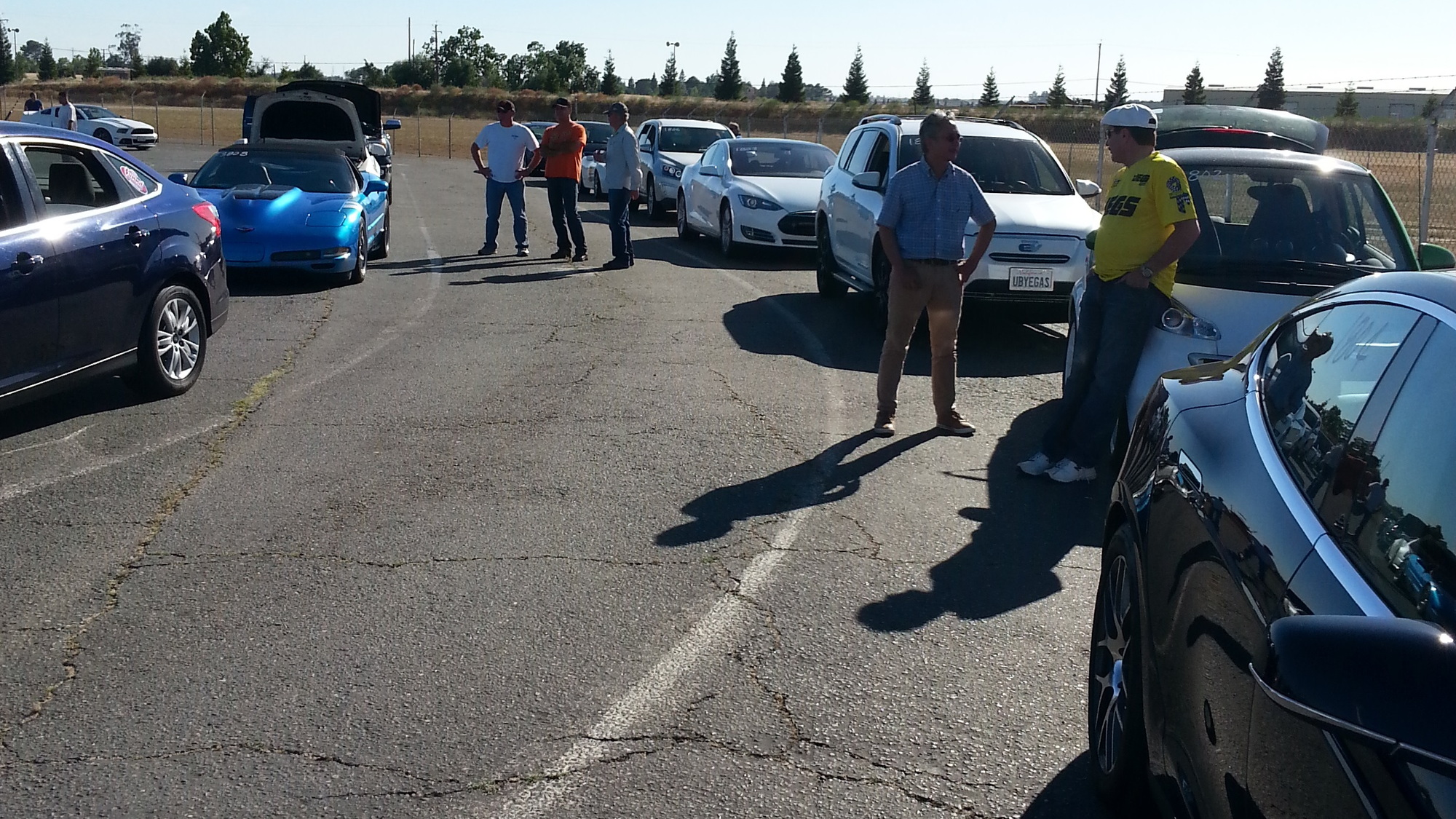 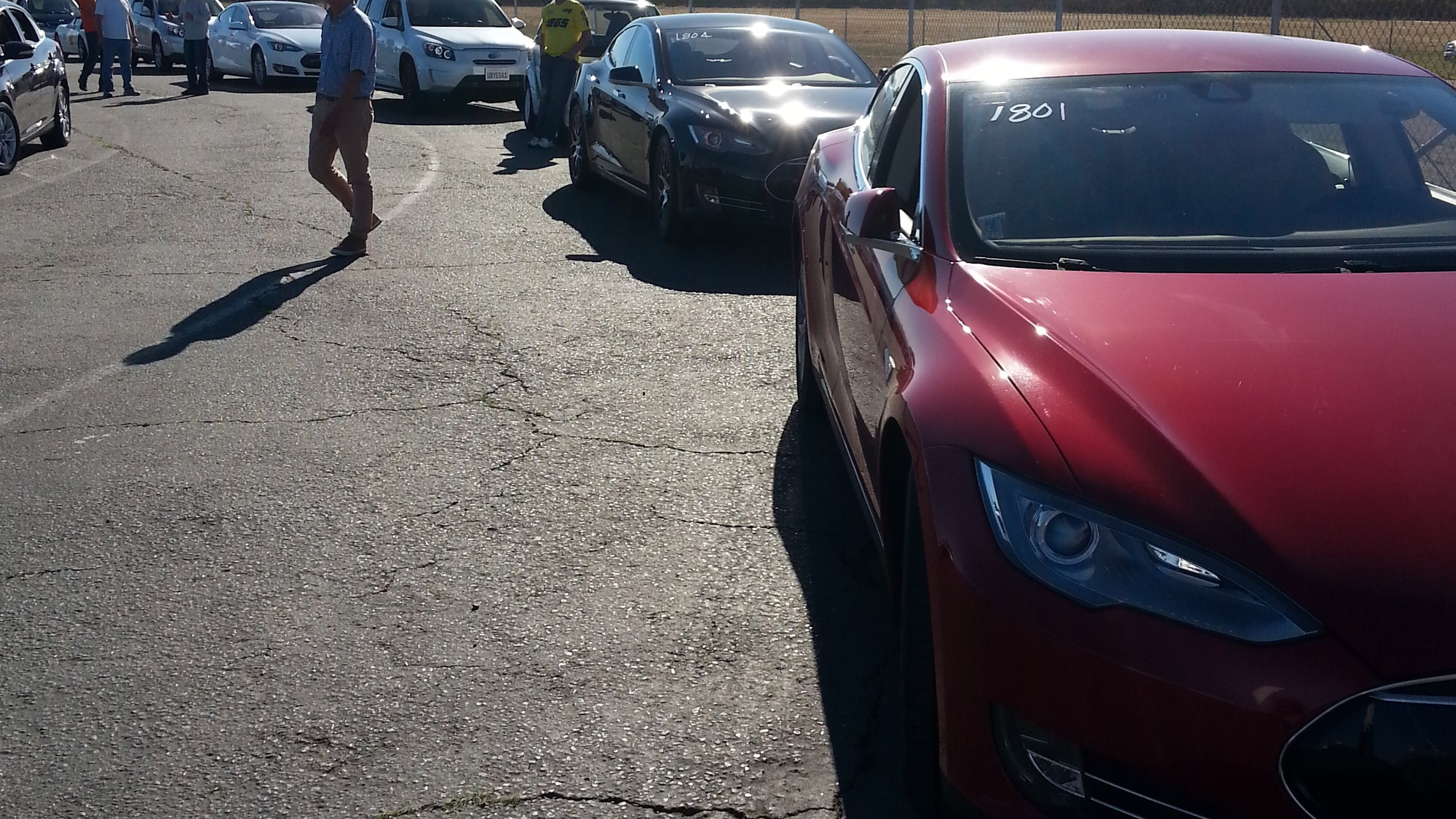 By this point, many of us have seen videos and articles showing Tesla Model S high-performance versions running against loud and smoky gasoline cars.

But these have almost always been a single Tesla taking on the dinosaurs.

Last week, the Sacramento Electric Vehicle Association organized an all-comers group gathering to test the absolute acceleration performance of “anything with a plug” as part of Sacramento Raceway’s open timing Wednesday special.

The purpose was to gather “hard data” under exactly the same conditions, on the widest variety of electric cars we could bring together.

As an experimental psychologist, I wanted this opportunity to get comparable data on these vehicles--as we should all recognize that different conditions produce different results, even with the same car. 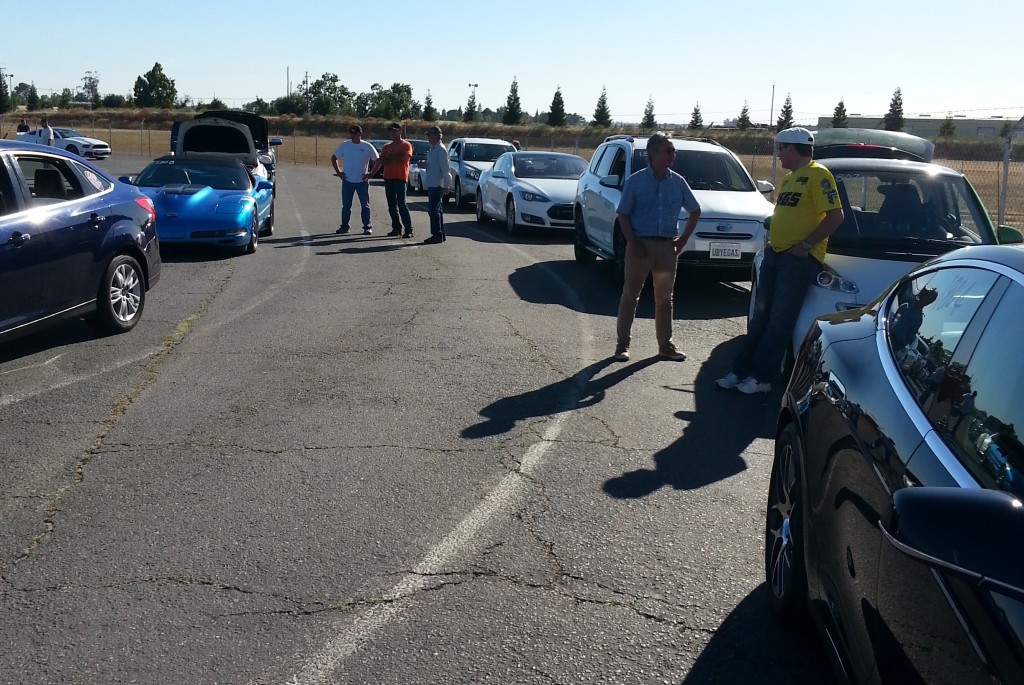 This gathering had originally been scheduled to take place a week earlier, but in it was rained out--and whoever expected that during a serious California drought year?

Each Wednesday the Raceway has a marque theme.

The 10th was Corvette night, the 17th was Camaro night.  So, on the 17th, both high-performance (read heavily modified) Corvettes and Camaros were in the majority.

Our quiet, civilized, 21st-Century electric  vehicles lined up to stage beside these fume-belching behemoths.

And the results, please!

The best times, from slowest to fastest, were: 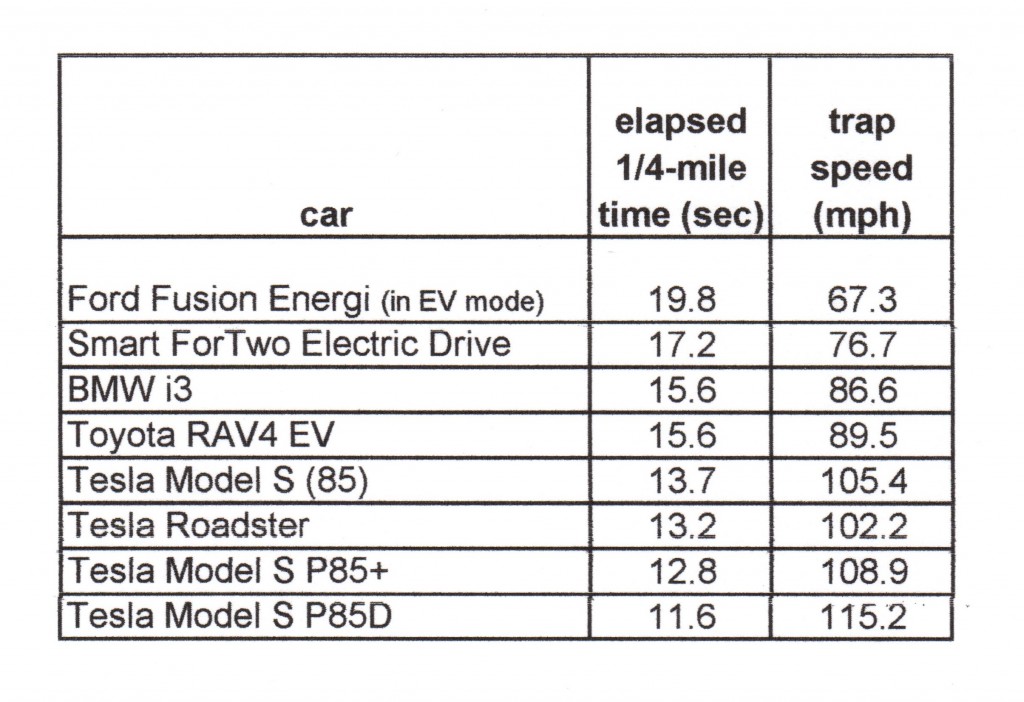 I might note that my own P85D went off against two different highly modified Corvettes, both also running drag-strip slicks, or treadless tires, for added traction.

In the first run, the Tesla beat the Vette to the line by .05 second, although the Chevy was turning 5 mph higher trap speed.

In the second matchup, the P85D led the Chevy for the first 1,000 feet, but then the Corvette came blasting by and hit the timing line with a trap speed of almost 131 mph.

In contrast to the Corvettes' slicks, all the electric cars were running on their standard all-season street tires. 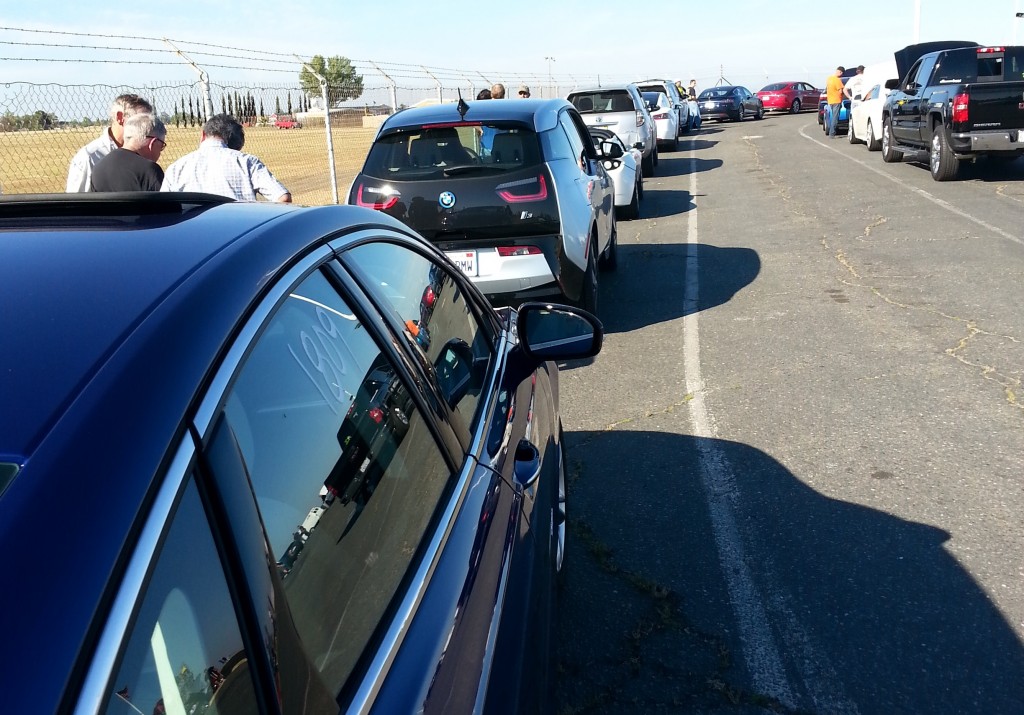 They had also been driven to and from the Raceway.

For the record, the official temperature was 99 degrees Fahrenheit (37 degrees C), but we measured track-side temperatures as high as 105 degrees F (40.5 degrees C) while taking our runs.