The sparsity of cars with plugs has been one of the biggest frustrations for Northeastern electric-car shoppers and advocates.

While California buyers can choose among roughly two dozen different battery-electric and plug-in hybrid offerings, just a handful are available outside the state.

So what gives? Why are the BMW i3, Nissan Leaf, and Tesla Model S the only battery-electric cars widely available in the Northeast?

Matt Solomon, the Transportation Program Manager of the Boston-based Northeast States for Coordinated Air Use Management, explained it all for us.

For several years, he's been assisting seven of those eight member states in administering their versions of the Low-Emission Vehicle program that was mandated by the powerful California Air Resources Board--including its zero-emission vehicle (ZEV) sales requirements.

But carmakers haven't been compelled to sell battery-electric cars in those states because of an arcane clause in the regulations.

It's called the "travel provision" (although he pointed out that it's sometimes confused with another distinct provision for credit pooling).

In essence, that provision lets carmakers earn ZEV credits in every state for a zero-emission vehicle that's sold in any ZEV-Program state.

While carmakers could, in theory, earn California credits for electric cars sold in New York or Connecticut or Massachusetts, that's not how it's worked out in practice. 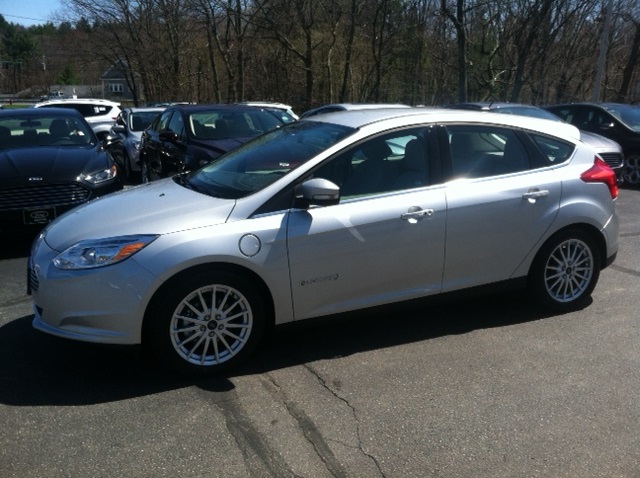 Electric-car makers have shown a strong bias toward selling their cars in California--admittedly the biggest plug-in market by far--at the expense of markets in every other ZEV-Program state.

"We think this provision has had a significant impact on ZEV deployment numbers to date in the Northeast," Solomon said.

There is, however, a silver lining: The "travel provision" expires at the end of 2017, when new and stiffer ZEV-sales levels come into effect and CARB expands the requirements to more automakers.

That expiration, Solomon says, "will be critical to our states’ efforts to support increased market penetration in the years ahead."

Its works included coordinated actions in education and outreach, infrastructure planning and deployment, and other policies to prepare and support the nascent market for cars that plug in.