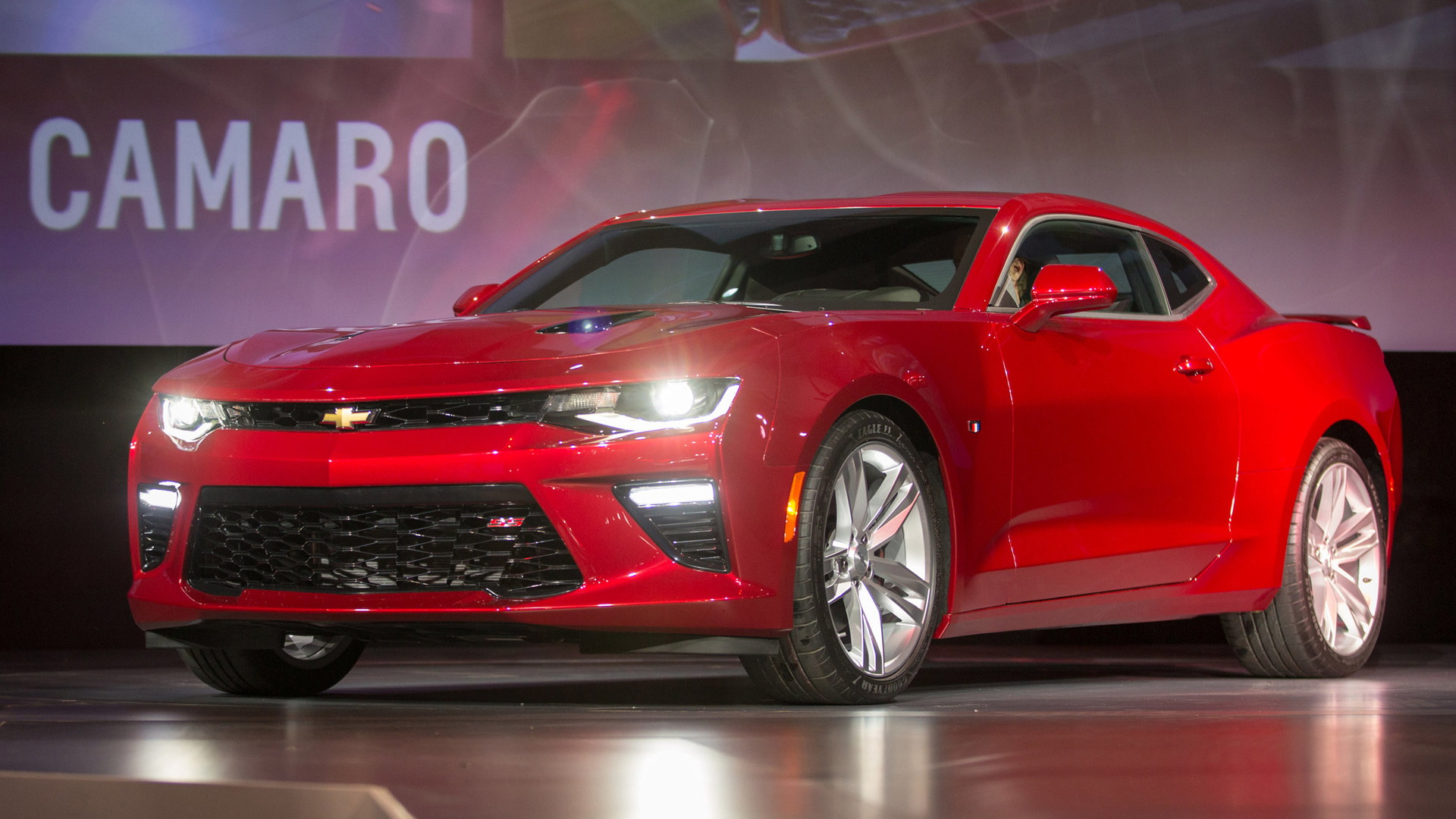 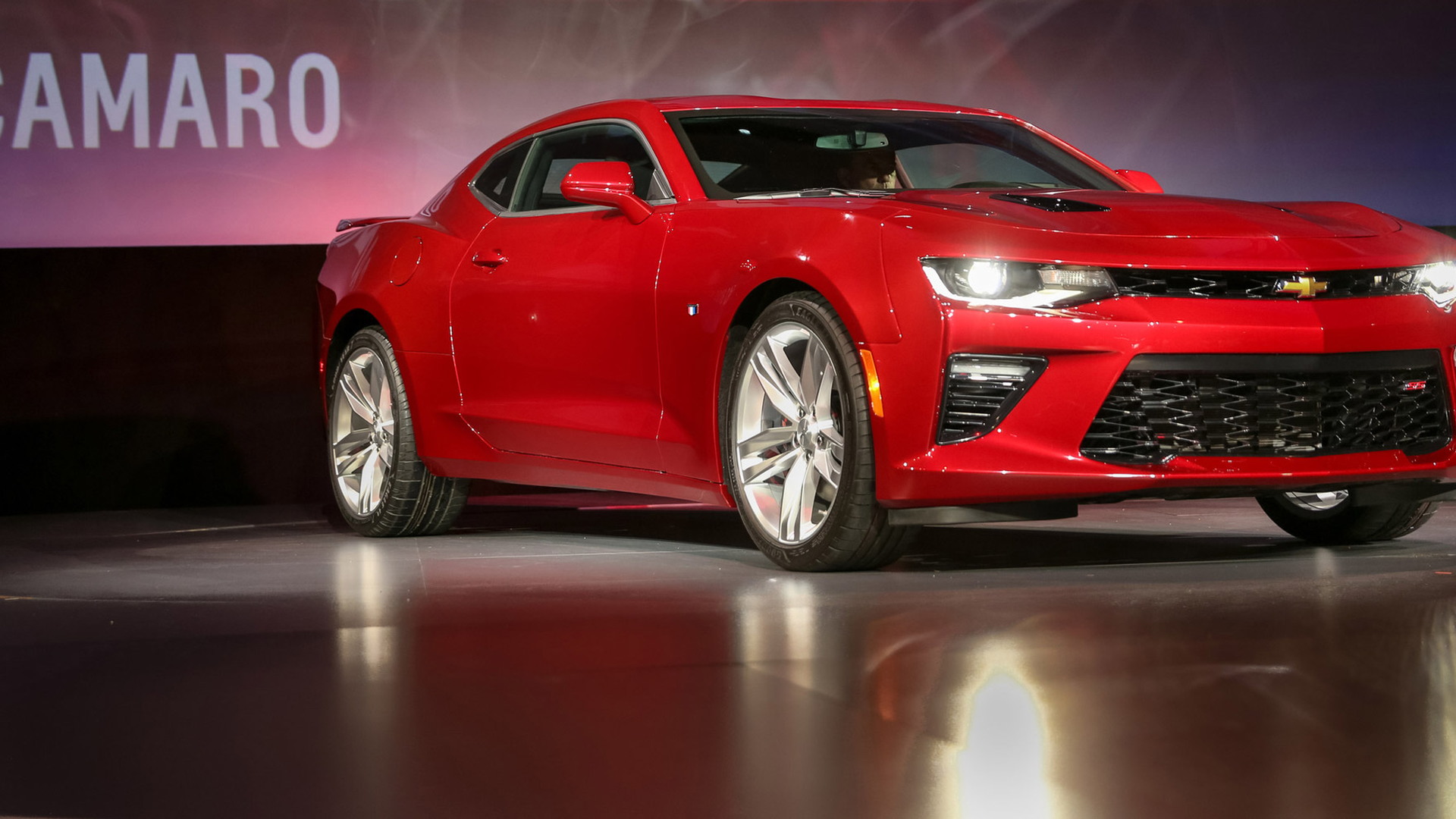 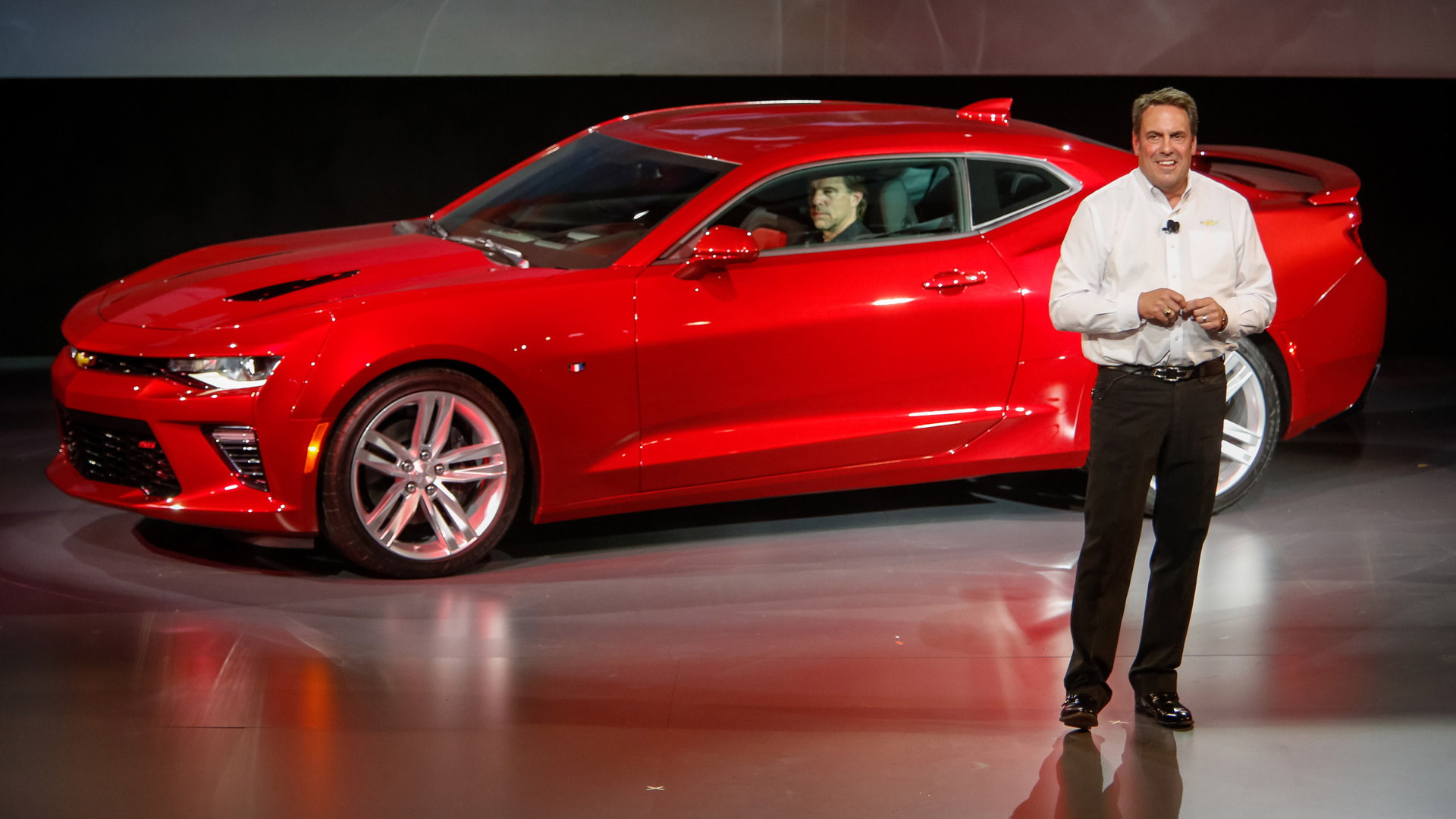 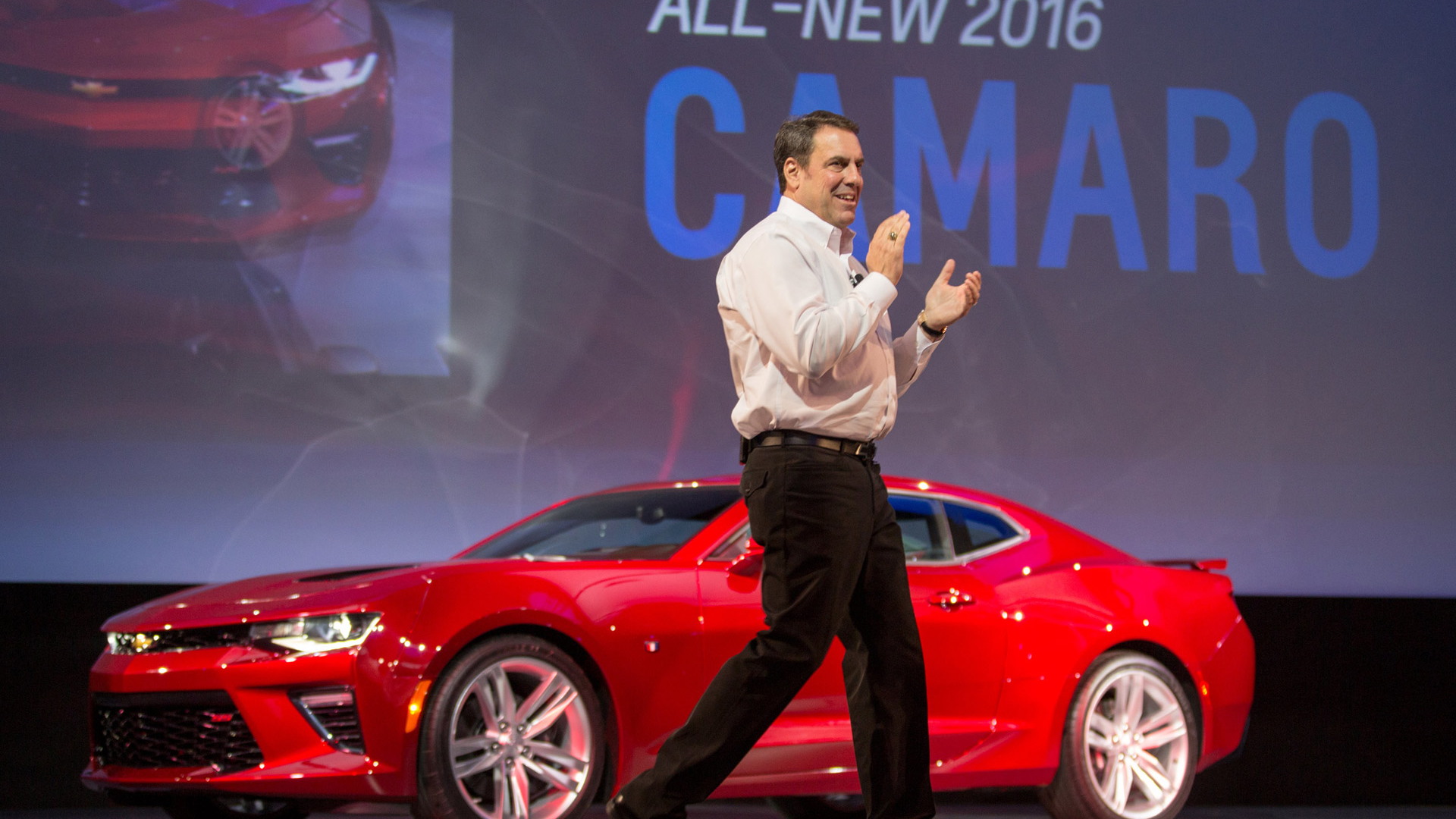 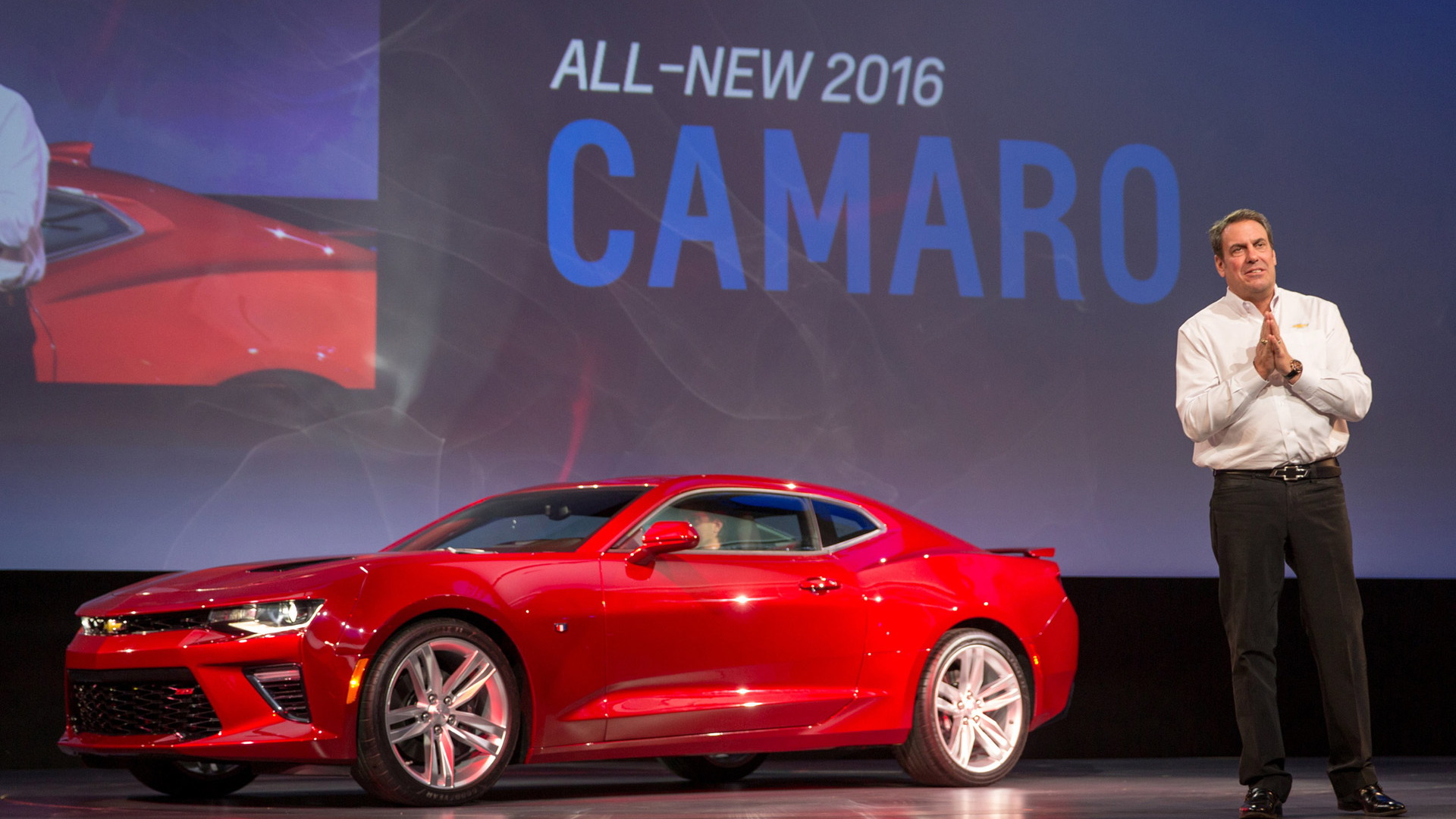 Muscle-car fans pretty much set the Internet on fire this weekend as news and photos of the redesigned 2016 Chevrolet Camaro coupe emerged.

All of that adds up to a car with tauter handling that should prove a formidable competitor to last year's all-new 2015 Ford Mustang.

DON'T MISS: How A Chevy Camaro Gets Greener: Student Competition In EcoCar 3

Its base engine is a turbocharged 2.0-liter four-cylinder that produces 275 horsepower, mated to either a six-speed manual gearbox or an eight-speed automatic transmission.

Chevy says the four-cylinder will be the most fuel-efficient Camaro ever, although it's not the very first time Camaro has had a four-cylinder engine--one was briefly offered during the 1980s.

It is, however, the first time any Camaro has been offered with a factory-installed turbocharger. Acceleration from 0 to 60 mph is quoted at less than 6 seconds.

The four-cylinder Camaro will face off against the Mustang model fitted with a 310-hp 2.3-liter turbocharged EcoBoost engine. (The third U.S. pony car, the Dodge Challenger, has no four-cylinder option.)

Fuel-economy figures haven't yet been released by the EPA for the new 2016 Camaro, which will go on sale several months from now.

Chevy says the most efficient version will be rated at more than 30 mpg on the highway cycle.

Those ratings are set while running on regular fuel, although the EcoBoost Mustang is recommended to use premium fuel.

Its 310-hp power rating assumes the use of premium fuel--whereas on regular fuel, its power is estimated at 290 hp by industry trade journal Automotive News.

The 2016 Chevy Camaro is offered with two larger engines as well: a 335-hp 3.6-liter V-6 and a 455-hp 6.2-liter V-8, each also available with the six-speed manual or the eight-speed automatic transmission.

Chevrolet notes that both the V-6 and the V-8 are fitted with cylinder deactivation that allows them to run on just four cylinders under light loads, further saving fuel.

In the gasoline world, smaller models like the new 2016 Spark minicar and the current Sonic subcompact give Chevy's highest gas-mileage ratings.

But even larger, heavier high-performance models like the Camaro are slowly getting more fuel-efficient too.

You can chalk that up to the effect of the CAFE standards that will steadily boost required fuel economy from now through 2025.