The environmental impact of plug-in electric cars continues to be the subject of significant discussion and debate among those less familiar with the technology and its impacts.

Virtually all studies conclude that they use less energy on a well-to-wheels basis than internal-combustion vehicles--especially when recharged from low-carbon or renewable sources.

However, the environmental impact of manufacturing an electric vehicle appears to be higher--although exactly how much higher has been hotly debated since modern electric cars went on sale. 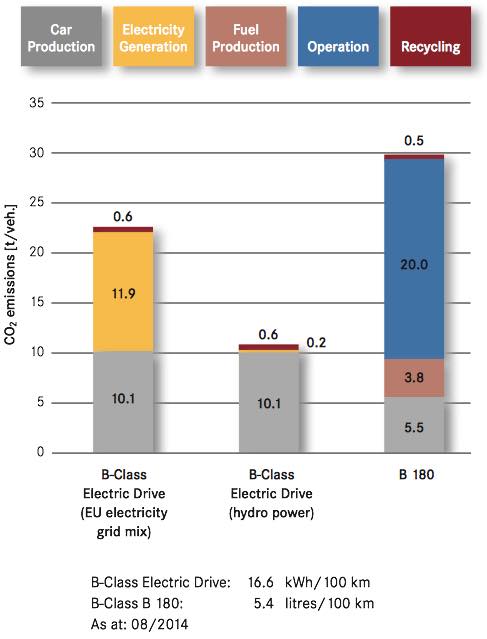 Now, Daimler has provided a lifecycle analysis of its Mercedes-Benz B-Class Electric Drive that shows it's genuinely greener than a gasoline car, including the impact of its manufacturing.

The analysis (PDF)--conducted by the Germany-based regulatory body TUV--shows that the electric B-Class cuts lifetime carbon emissions by 24 percent over a B 180 gasoline model when charged from a mix of power sources.

If it's charged exclusively with power from hydroelectric sources, its lifetime carbon is 64 percent lower than that of the four-cylinder gasoline model.

That analysis assumes the car is driven 160,000 kilometers (almost 100,000 miles) over its lifetime, and recycled at the end of its use.

Since the B-Class is based on an existing internal-combustion model, it theoretically offers a more direct comparison than do other electric cars built on dedicated platforms.

Mercedes does note that emissions related to the manufacturing of the electric model are higher than other B-Class models, but that's more than offset by a lifetime of much lower-carbon driving. 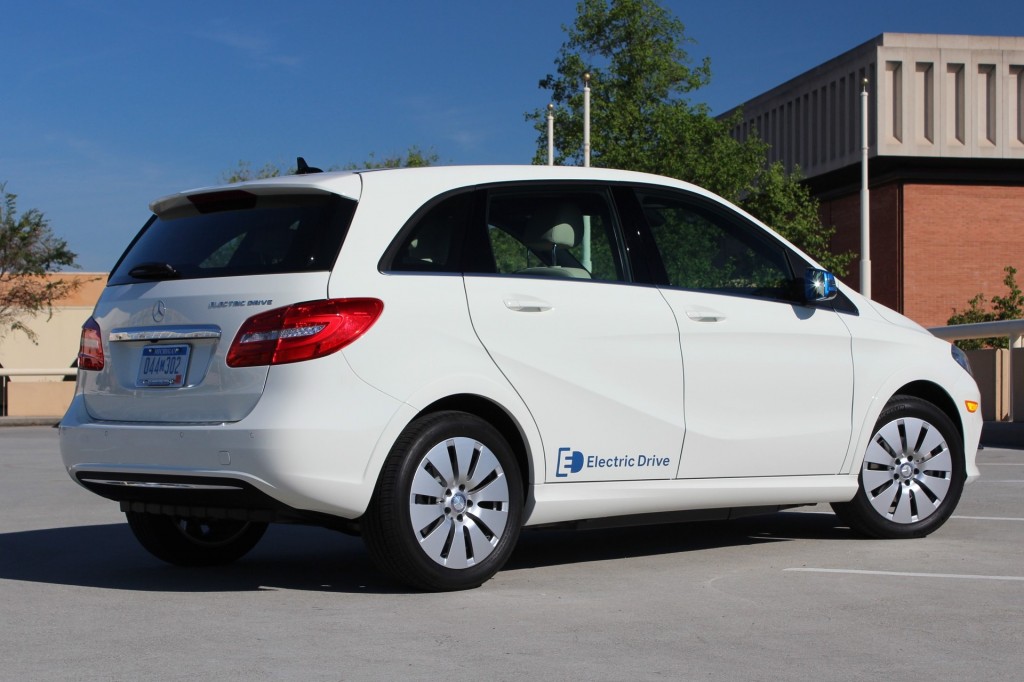 The B-Class Electric Drive is sold in the U.S. in limited numbers, but its overall lifetime emissions score will be different in each location it's sold, depending on electricity sources used to charge it.

Electric cars get greener as grids do, and using electricity from renewable sources minimizes their overall carbon footprint.

Conversely, that footprint increases when cars are charged from the dirtiest, coal-fired grids--making geography an important factor if you want to minimize the greenhouse-gas effects of your driving.

But the bottom line remains, with yet another study to underscore the conclusion: Electric cars are simply greener to drive than gasoline cars if recharged from any source except coal-fired power plants.