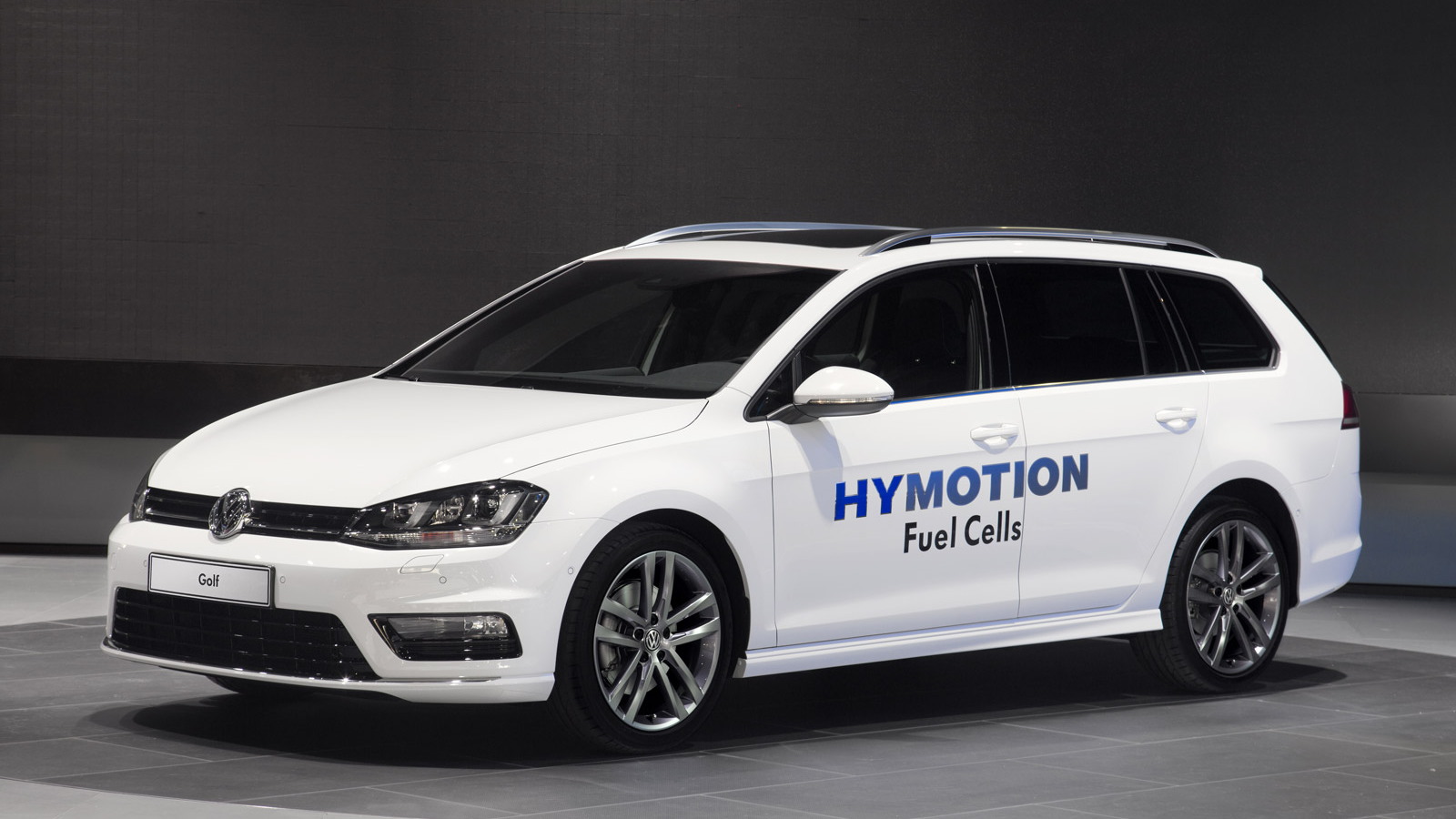 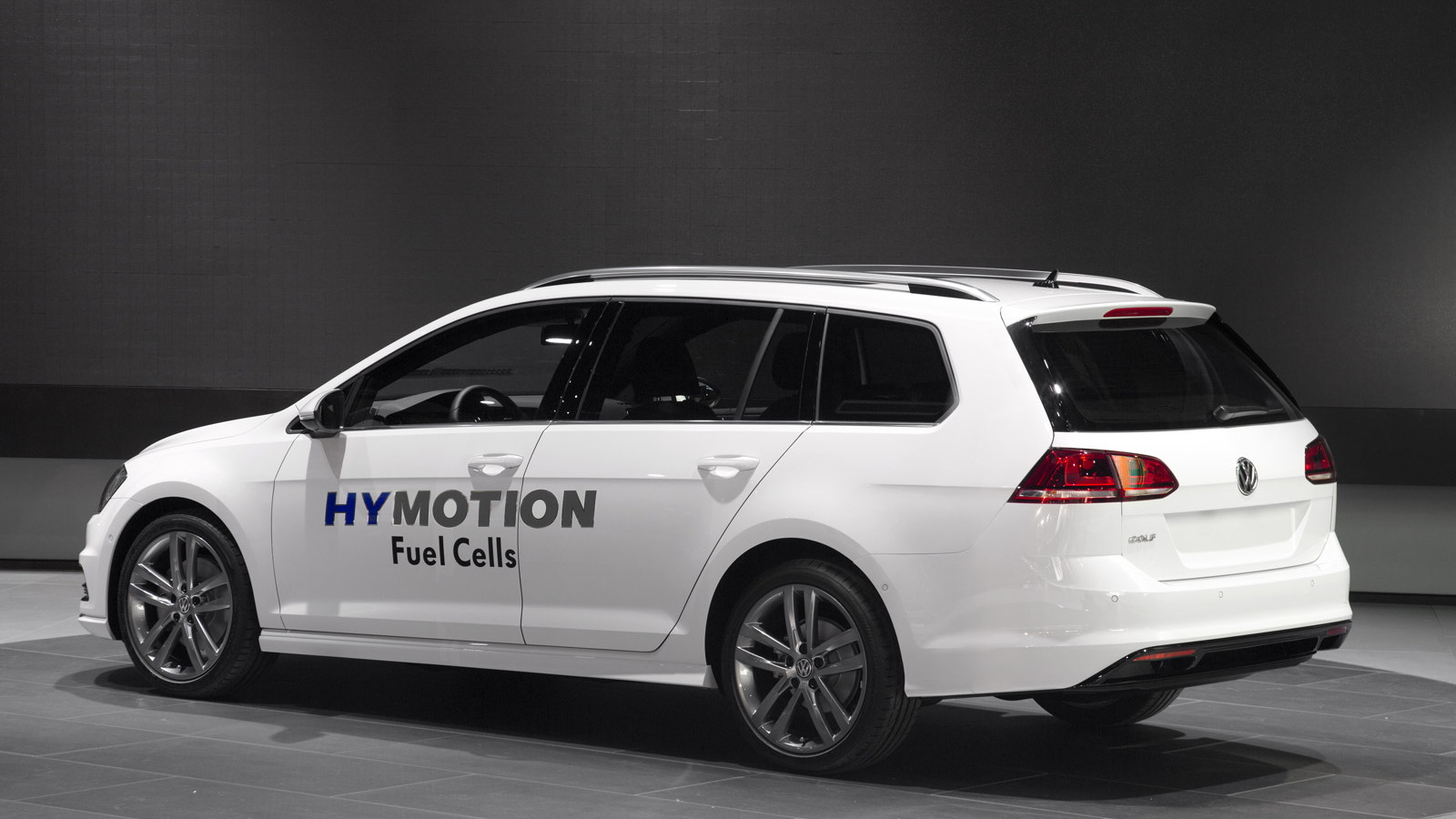 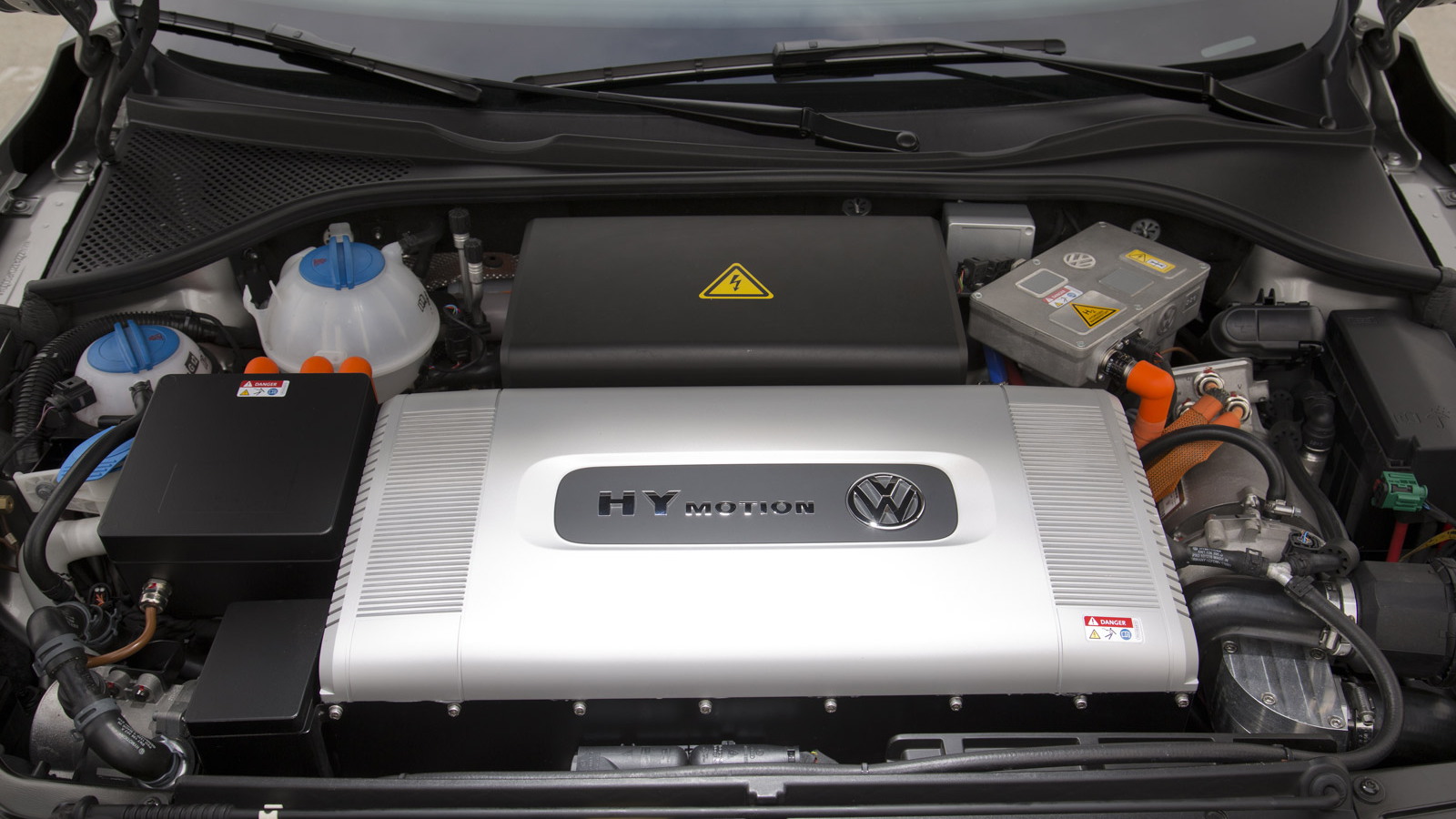 Very few compact wagons remain on sale in North America, but this year, the car known to U.S. buyers for years as the Jetta SportWagen has a new name: the 2015 Volkswagen Golf SportWagen.

The greener of the two was the Volkswagen Golf SportWagen HyMotion, meant to show off the flexibility of VW's modular architecture in handling a variety of different powertrains.

But its underlying "MQB" modular architecture has also been designed to accommodate both hydrogen fuel-cell and natural-gas powertrains as well.

The hydrogen powers a fuel cell located in the "engine" compartment ahead of the firewall. Power electronics are in the tunnel between the front seats. 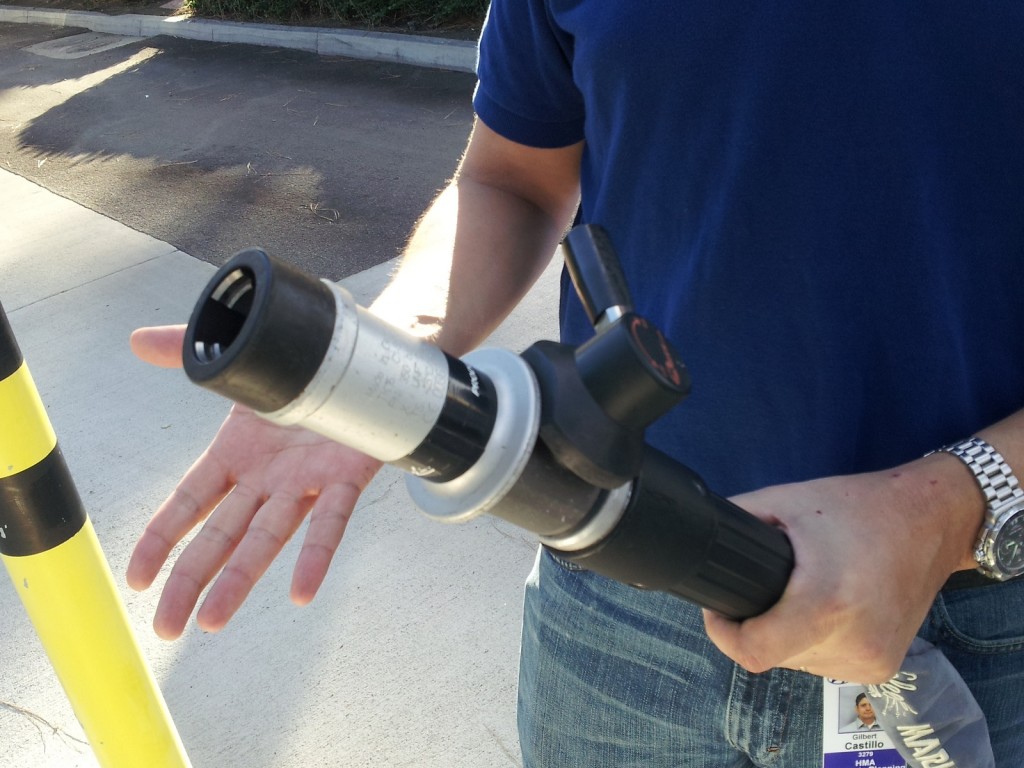 The fuel cell produces electricity that powers a 100-kilowatt (134-horsepower) electric motor driving the front wheels, adapted from the one used in the 2015 Volkswagen e-Golf electric car.

For high power demands and to help start the fuel cell, a 1.1-kilowatt-hour lithium-ion battery adapted from that used in the VW Jetta Hybrid is located above the rear axle. It's continually recharged via regenerative braking.

Acceleration from 0 to 60 mph takes roughly 10 seconds, VW says, and the hydrogen tanks provide up to 500 km (310 miles) of driving range, with a refueling time of roughly 3 minutes.

Both those specifications are roughly equivalent to those of the 2016 Toyota Mirai dedicated hydrogen fuel-cell sedan introduced at the LA Show last week. 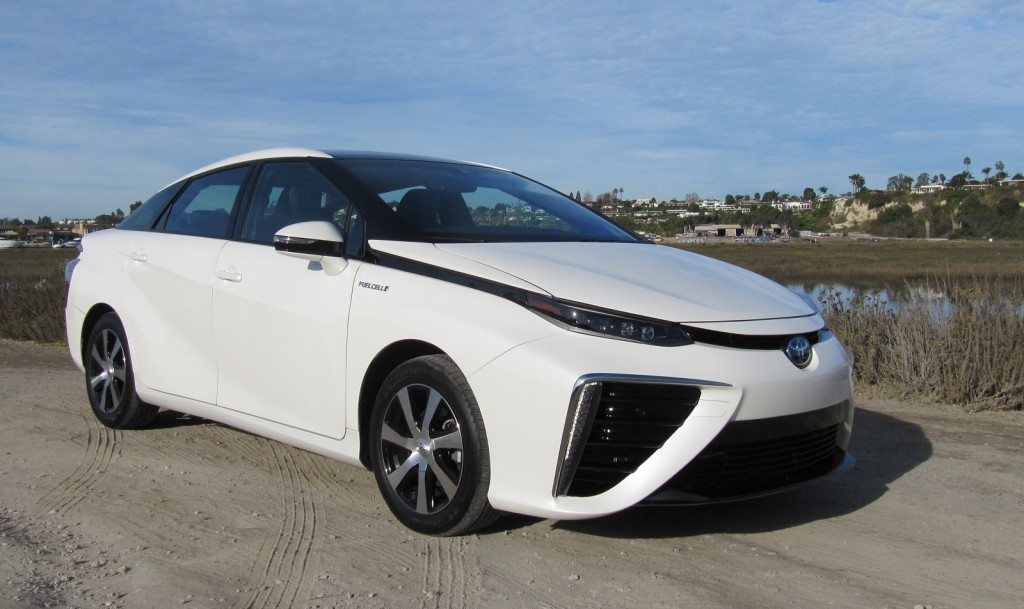 Any powertrain under the sun

That gives Volkswagen the capability of fitting virtually any form of motive power to the two dozen models that will be built on those underpinnings.

The hydrogen Golf concept, however, is likely to remain theoretical for a while, however. 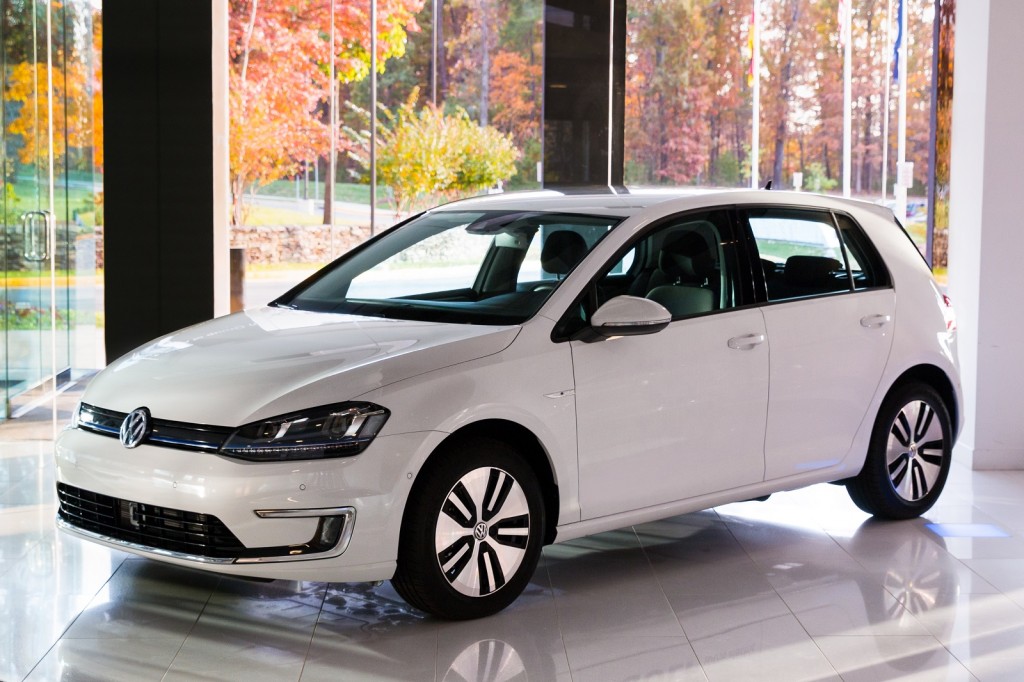 While Germany has announced plans to blanket the country with hydrogen fueling stations, few of them have yet been built. The same applies to Southern California at the moment.

So, as Volkswagen says, "the SportWagen HyMotion shows how fuel cells could be integrated into a well-engineered, usable, and attractively priced vehicle."

In other words, don't expect to see a hydrogen-powered VW Golf go on sale in the U.S any time soon.

For its Audi, Porsche, and eventually Volkswagen brands, the VW Group plans to launch plug-in hybrids as its greenest alternatives after the battery-electric e-Golf.