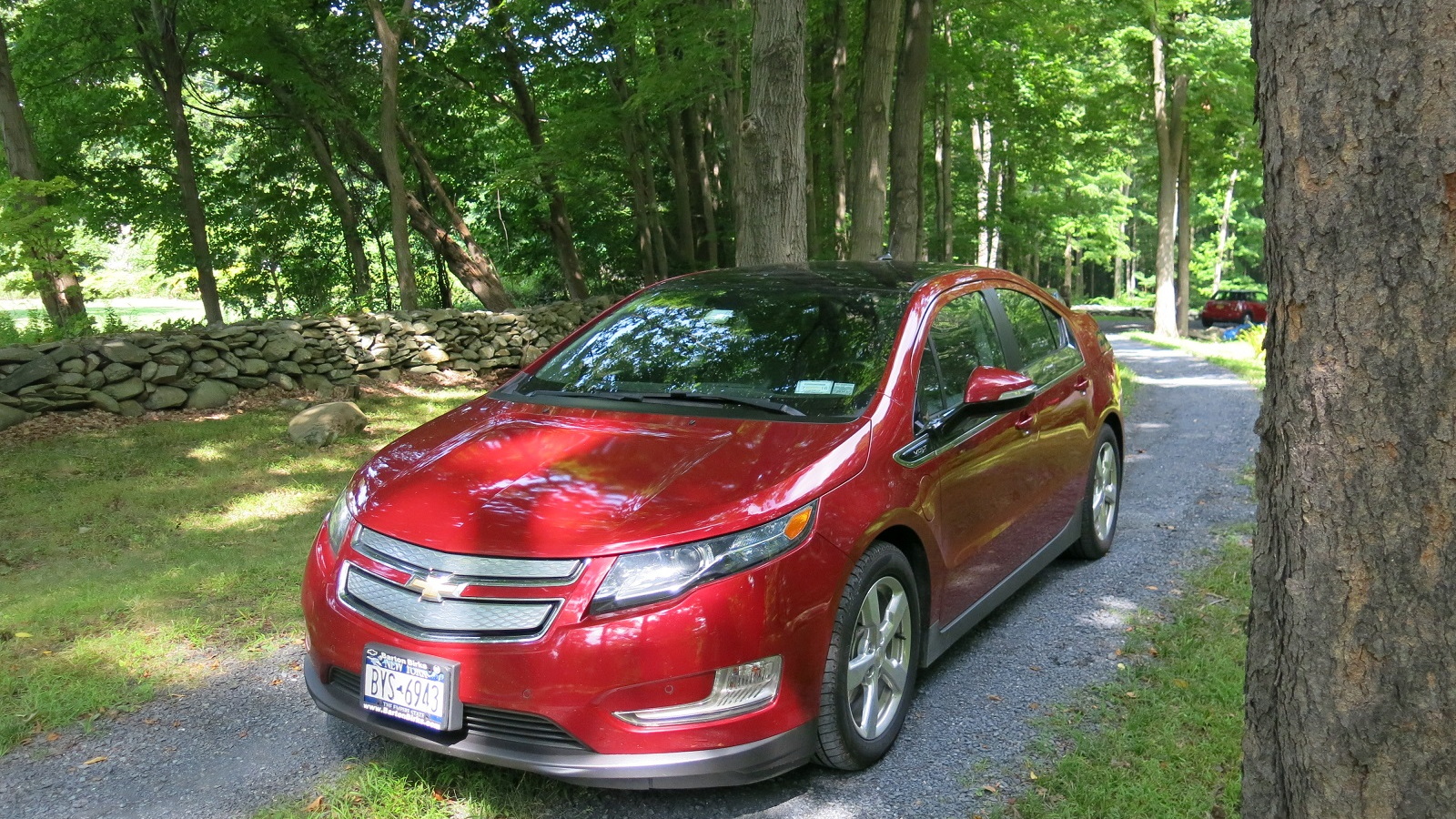 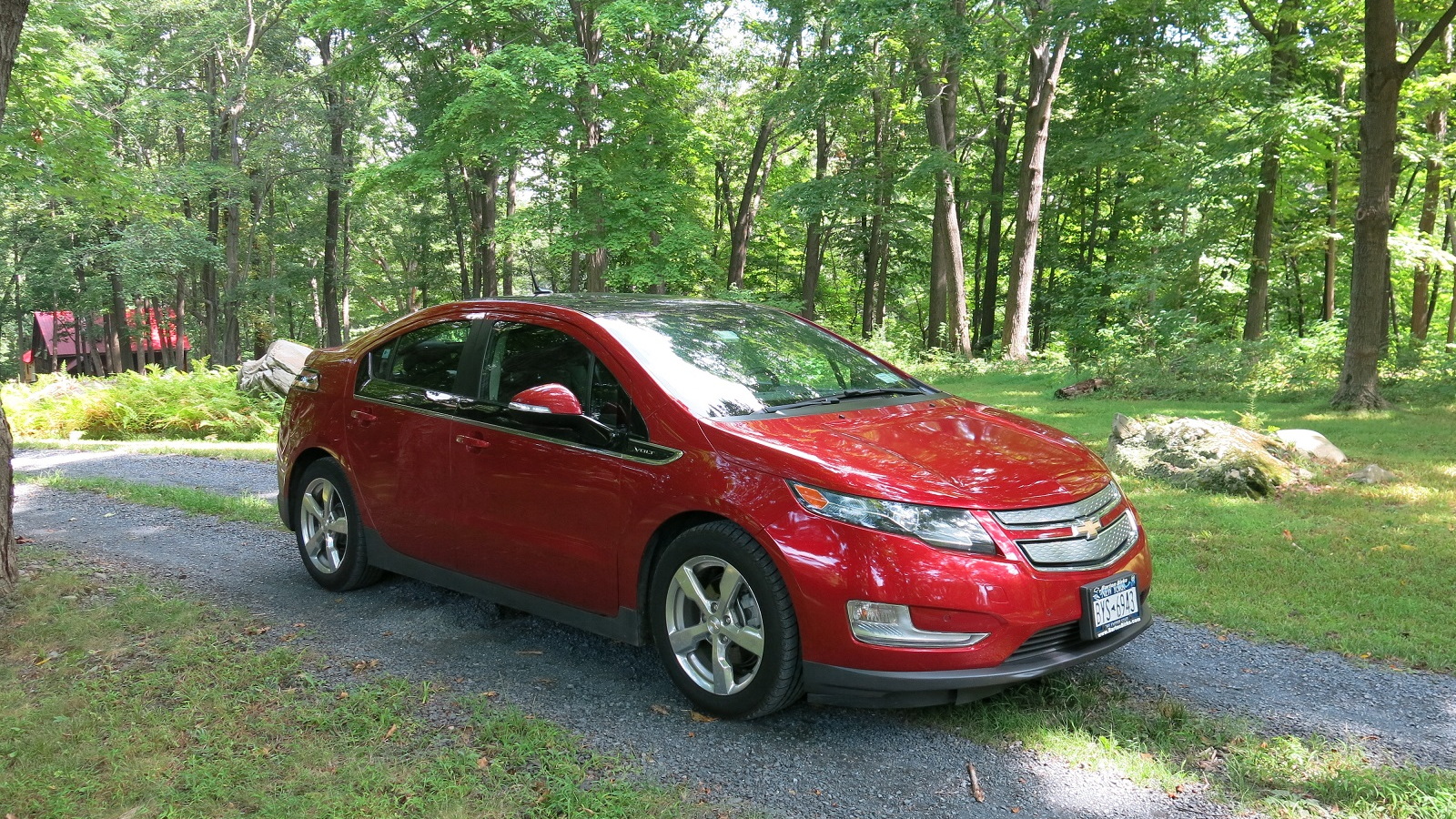 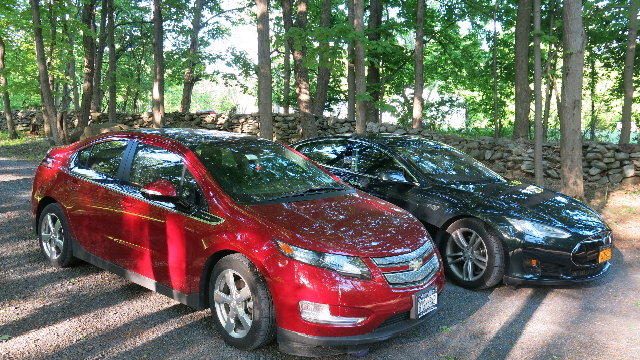 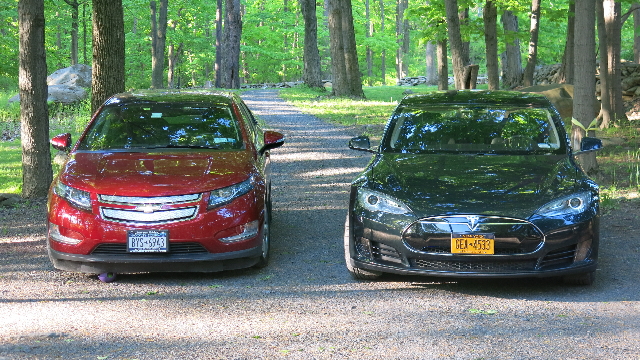 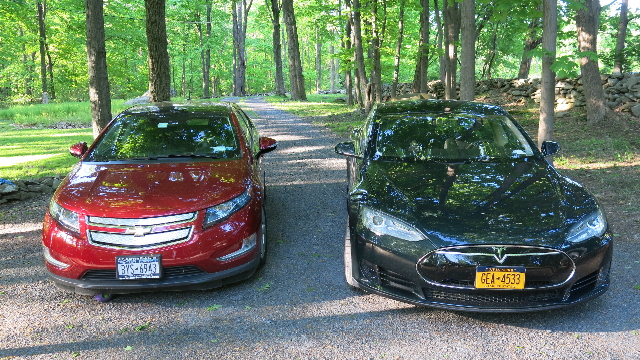 It was a sad day.

Its lease was up, and there was no one left in the family to drive it. I've been at the wheel of a Tesla Model S for the last 18 months.

My wife, a fanatical stick-shift devotee, refuses to give up her Mini Cooper. And my 18-year-old daughter--the Volt's primary driver since I got the Tesla--has gone off to college.

After three years of ownership, I've concluded that the Volt is a splendid vehicle. It's the only electric car I recommend to virtually everyone who asks.

The two friends who finally succumbed to my incessant prosyletizing are both delighted with their Volts. (Too bad I couldn't persuade my wife.)

Back in the Dark Ages of electric cars--2009--I had dismissed the Volt as not a "real" e-car, compromised by its gasoline-powered range-extending engine.

I'd already put  down my $5,000 deposit on the Model S, but delivery was three or four years away. To get me through the interim period, I also put down a $99 deposit on a Nissan Leaf.

But by December 2010, when the Leaf and Volt both hit the showrooms, I was getting more and more annoyed by a total lack of communication from Nissan about when the Leaf would be available in New York state, where I lived.

How much longer would I have to wait for my Leaf? A month? Six months? A year?  No word from Nissan. And every day I was driving by a  local Chevy dealer with a Volt sitting right out front.

Growing more and more frustrated with Nissan, I stopped by the Chevy dealer for a perfunctory test drive. Having expressly avoided owning a Chevy--or any American car, for that matter--for all my car-owning life, I wasn't expecting much.

But the Volt surprised me. It drove great and seemed well put together. Eventually, I signed on the dotted line. With my trade-in of a 2006 Mazda CX-7, my lease payment worked out to $247 a month.

For 18 months I drove the Volt every day, marveling at its smoothness, peppy acceleration, and remarkable efficiency.

For the first year, mostly local driving, I did maybe one six-gallon fill-up a month. Roughly 80 percent of my driving was on battery power, for an average of almost 200 mpg--all without a whiff of range anxiety.

With gas savings of about $150 per month compared to the Mazda, I figured my net lease payment was about $100 a month.

When the Tesla arrived, of course, it instantly became the king of my driveway. The faithful Volt was relegated to the humble role of my then-16-year-old daughter's driver-ed car.

Until, of course, I needed to make a long trip.

Volt to The Rescue

In those dark days, during the peak of the Great Northeast Tesla Supercharger Drought, the mighty Model S was  useless for long trips.

Ironically, all these long trips filling in for the Tesla ate away at the Volt's lifetime gas mileage number. By the time it went back to the dealer last week, the lifetime fuel economy was "only" 106 mpg.

To Buy Or Not?

Realizing this, the leasing company kept lowering its price to buy, eventually getting down to $19,000.

But with my daughter gone to college and  a handful of new Superchargers sprouting in the Northeast,  my Volt had lost its two primary roles: as teen-age transporter, and Tesla back-up. Utica, Cape Cod, and Balitomore in the winter are all now within range of the Model S.

And on a recent trip to Montreal--still beyond round-trip Supercharger range--I discovered the joys of Plugshare, the community of e-car owners who make their charging stations available to anyone passing by who needs electrons.

For me, the Volt had served its purpose, and served it very well indeed.  But it was time to go.

Five Best Things About The Volt

Okay, that's six things.  Sorry, I couldn't leave one out.

Five Worst Things About the Volt

Later model years at least got a readout for kWh used for each charge, but we e-car aficionados need far more information about the electrical energy we're using.

The Volt is great car--smooth, efficient, nice riding, versatile, and in my case, virtually trouble-free.  It's in a class by itself: a full-performance electric car without range anxiety or compromised performance.

I heartily recommend it to anyone--and I mean anyone, not just early adapters willing to make the usual e-car compromises--contemplating a compact hatchback or sedan.

If the second-generation Volt, due out next year, can put three people in the back seat, hit 50 miles electric range, and 50 mpg in gas mode, its long-term future as the Electric Car For Everybody will be assured.