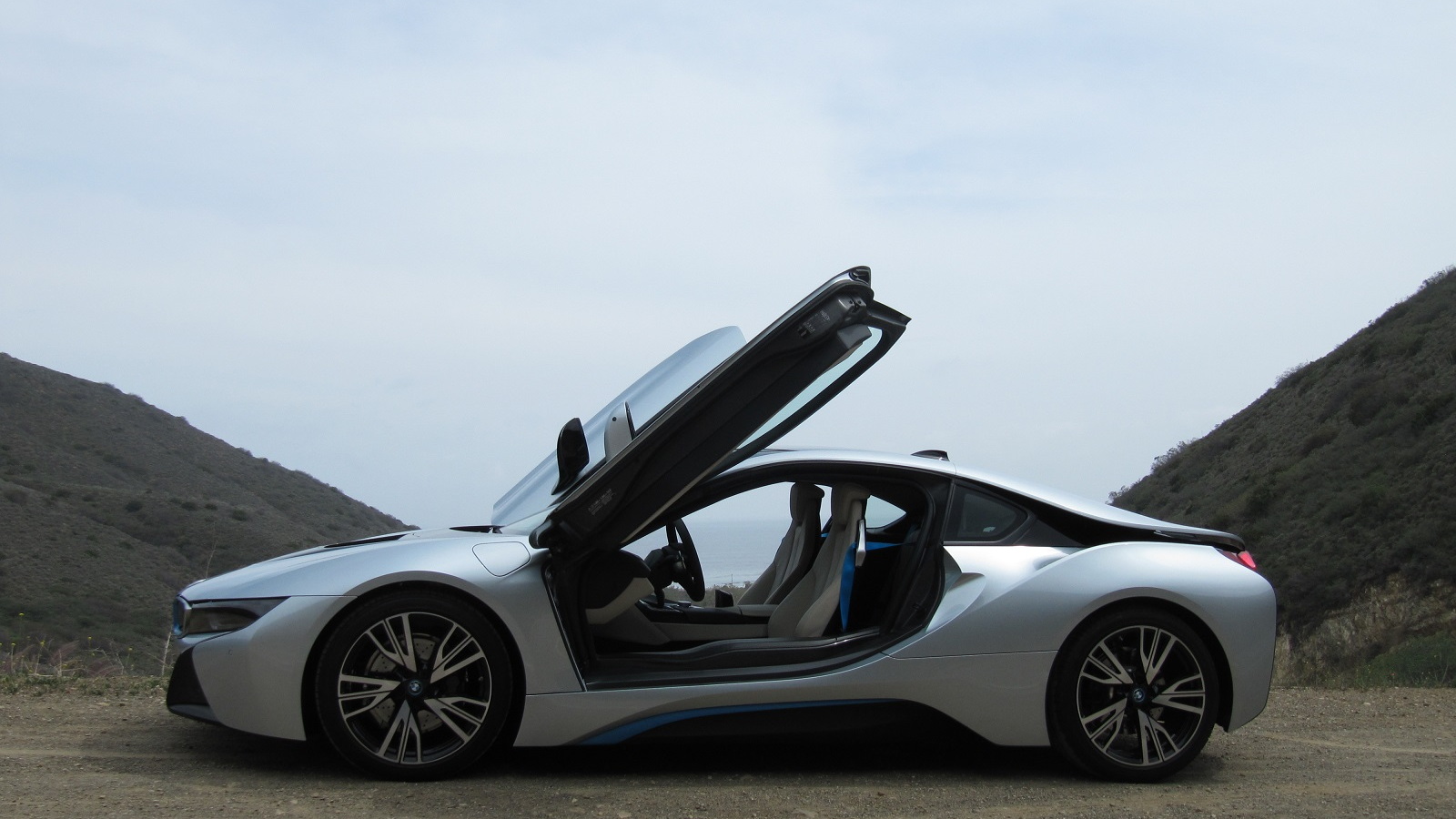 17
photos
BMW has revealed full pricing and options details for its plug-in hybrid sports car, the i8.

It's the first glimpse we've had of pricing beyond the i8's regular base price, and what BMW's 'World' trim levels offer beyond the standard i8's equipment tally.

Those models include a long list of unique features including perforated grey leather, i8 script on the headrests, BMW i blue seatbelts, leather-edged floor mats and a leather engine/trunk cover, black brake calipers with BMW i blue detailing and a zirconium oxide ceramic coating to the gear selector.

BMW says 90 percent of the car's initial production run was secured in this specification, the remaining ten percent allocated as Tera World. The 'entry level' Giga World should be available in due course.

BMW i blue seatbelts make an appearance once again on the $3,000 Tera package, as do 20-inch turbine-style alloy wheels, LED headlights and more.

The car's signature laser headlights are not listed on the pricing lists sent to dealers--but BMW Blog expects them to arrive in the fall.

Various shades of leather are available as interior options while BMW lists a modest six different exterior finishes--several of which differ only in the owner's choice of BMW i blue or 'frozen metallic' exterior accents.