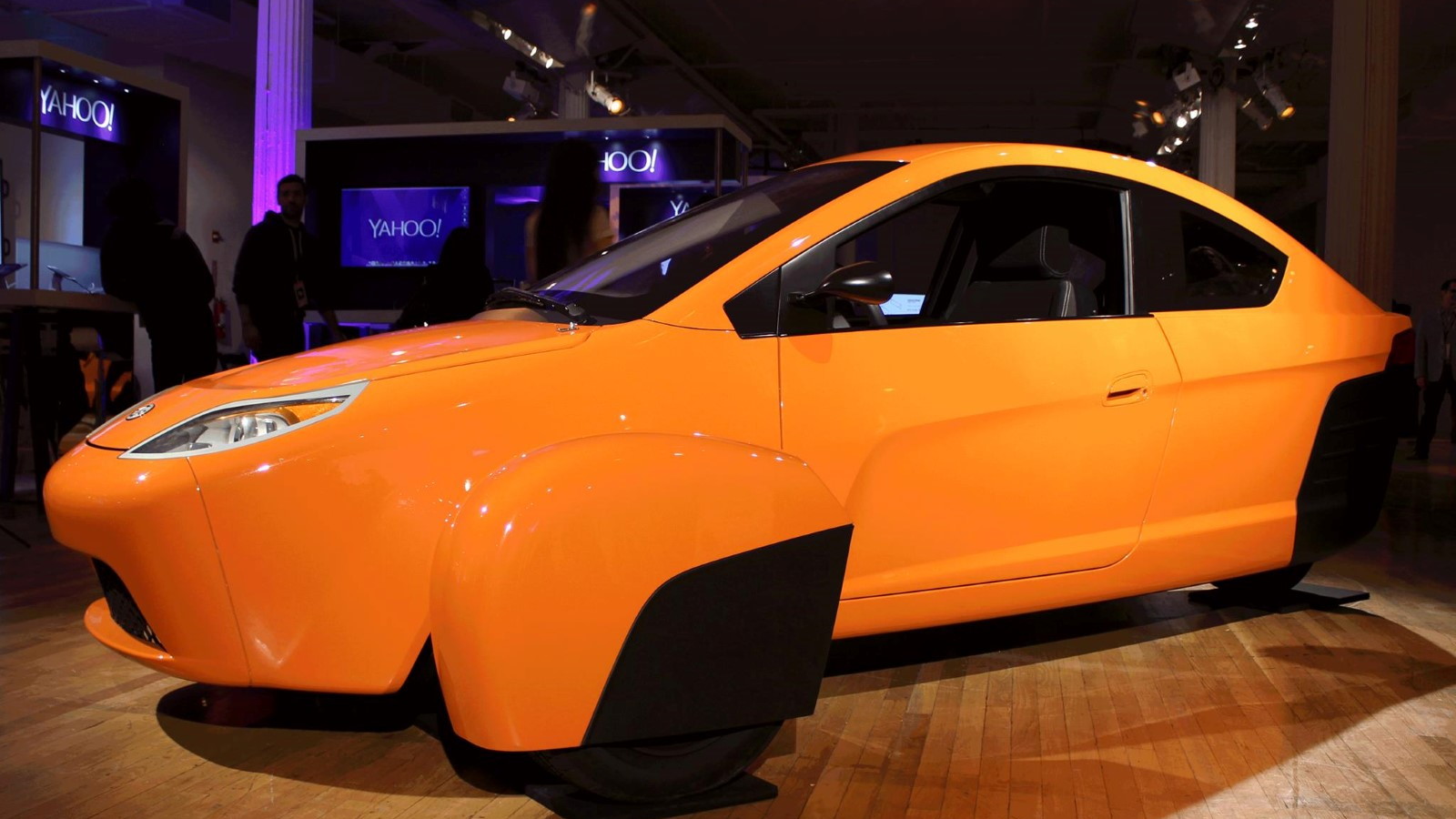 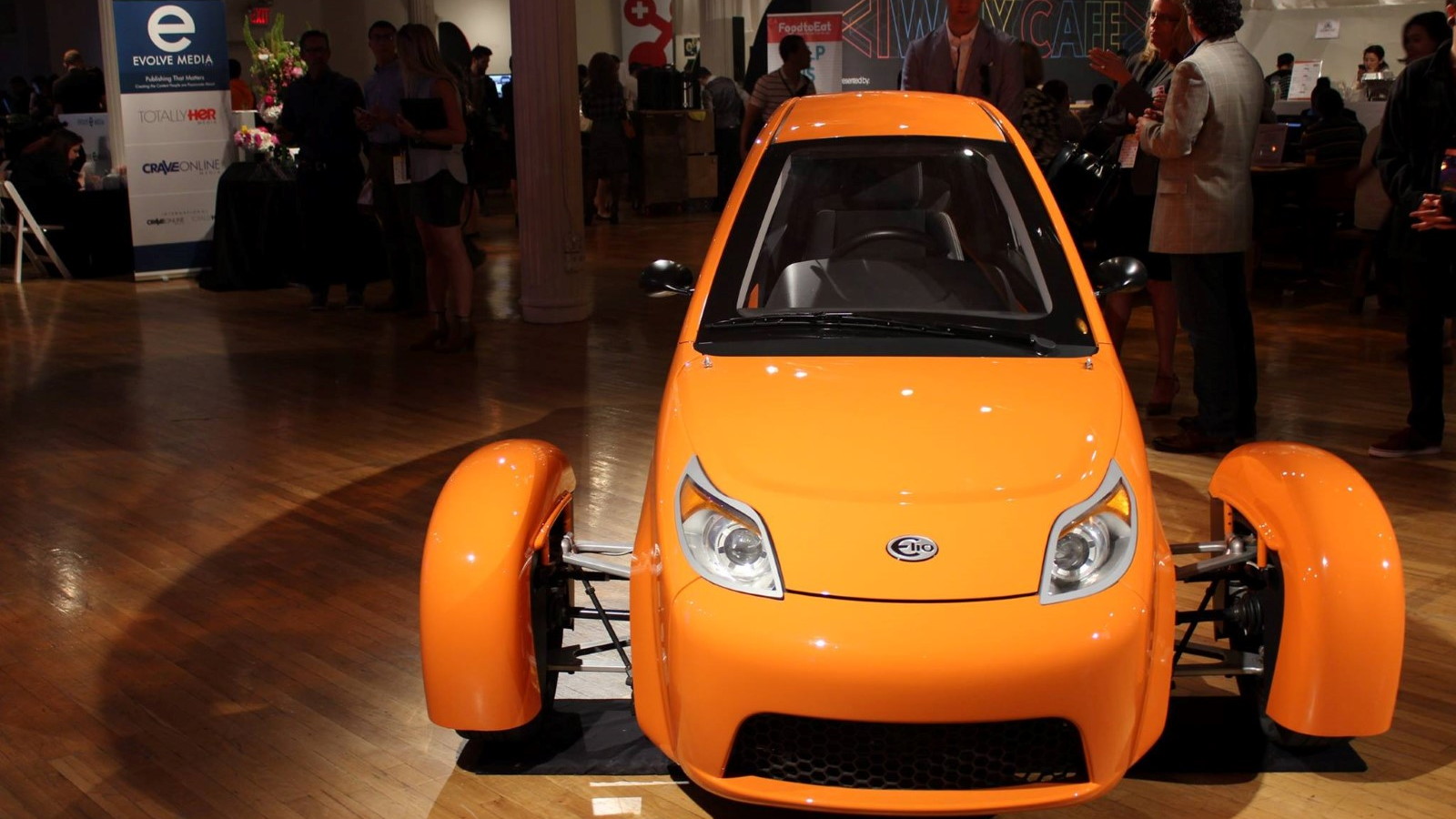 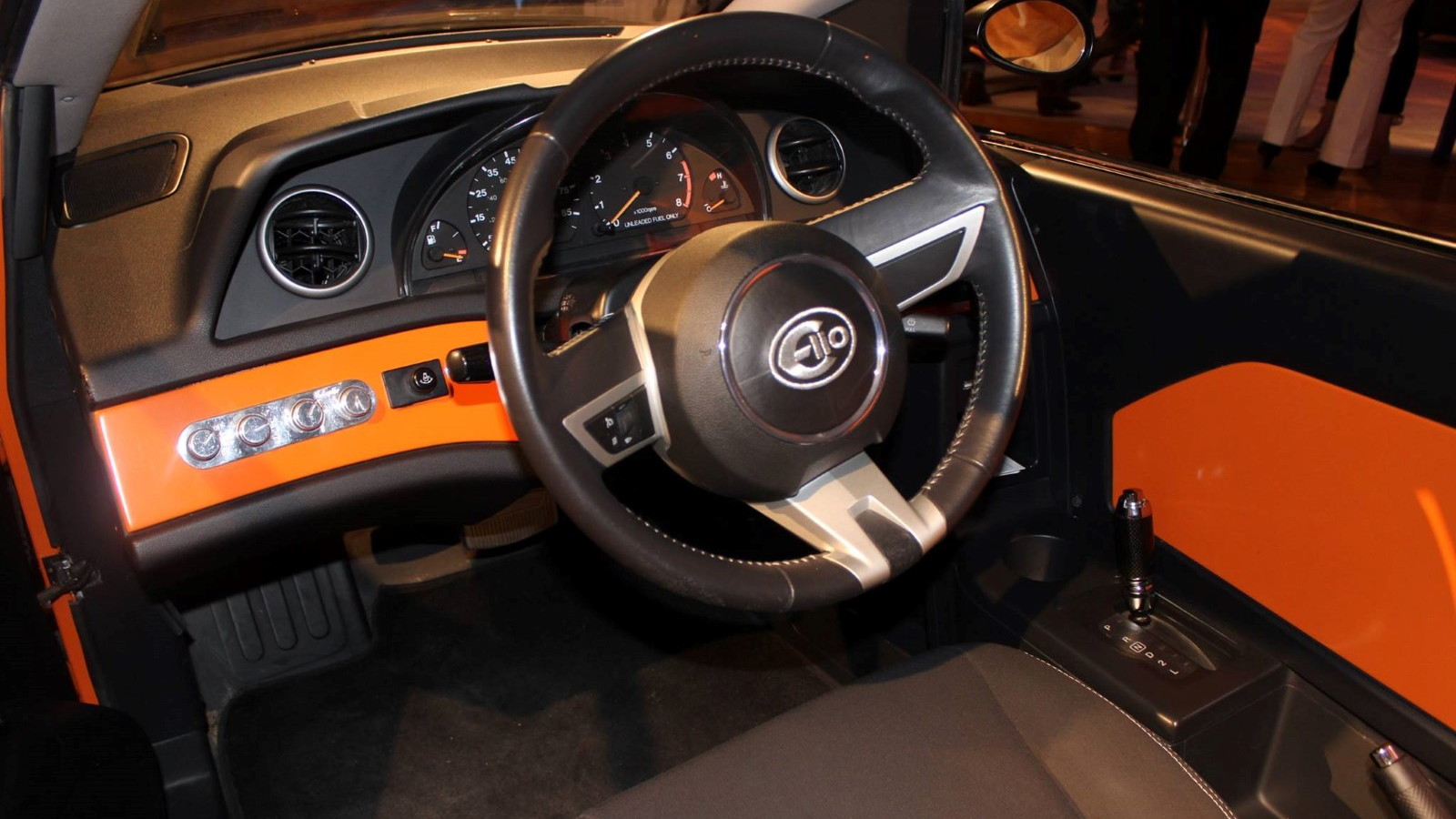 3
photos
It's not uncommon for small cars to get 40 mpg these days, or hybrids to hit 50 mpg. But vehicles doing more than that are conspicuous by their absence.

Elio Motors claims its three-wheeled car does 84 mpg on the highway, far exceeding that of any car on sale.

Now, Yahoo's Daily Ticker show has driven the car--something few outside the company have so far been able to do.

While there's no definitive verdict just yet, and the car tested is still a prototype--you'll note a lack of seatbelts in the video--it looks largely normal to drive.

The reporter does struggle a little with the lack of power steering and rear-view mirror, and notes a firm ride--likely a symptom of keeping a three-wheeled vehicle like the Elio stable.

But parked next to a Chrysler Voyager, it's clear the car is no tiny, vulnerable box like some three-wheeled experiments in the 1970s and 1980s.

There are two full seats, for instance, three airbags and a full set of windows and doors.

And as we already knew, the car's mechanicals are fairly unremarkable--a 900cc, 55-horsepower three-cylinder gasoline engine sits up front, powering the front wheels (rather than the rear wheel, as you might expect). Five-speed manual or automatic transmissions will be available.

DON'T MISS: Will There Be Enough Batteries In The World For Electric Cars?

Elio hasn't yet revealed who is supplying that engine, but like many of the car's components it's common to standard production vehicles, and as such helps keep costs down.

That'll be important if and when the car reaches full-scale production, as the company still claims a starting price of $6,800.

Speaking to Yahoo, Elio's vice president of sales, Jerome Vassallo, says the company is "80% to 90% confident" the car will come in at under $7,000.

Orders have now crossed 18,000, after clearing the 15,000 mark in April. Those are still small numbers by most standards, but growing interest does suggest there's a market out there for a low-cost, high-efficiency vehicle.

Production at Elio's ex-GM plant is still slated to begin in March 2015. Hopefully, we'll get our own drive in the brightly-colored three-wheeler before that point.