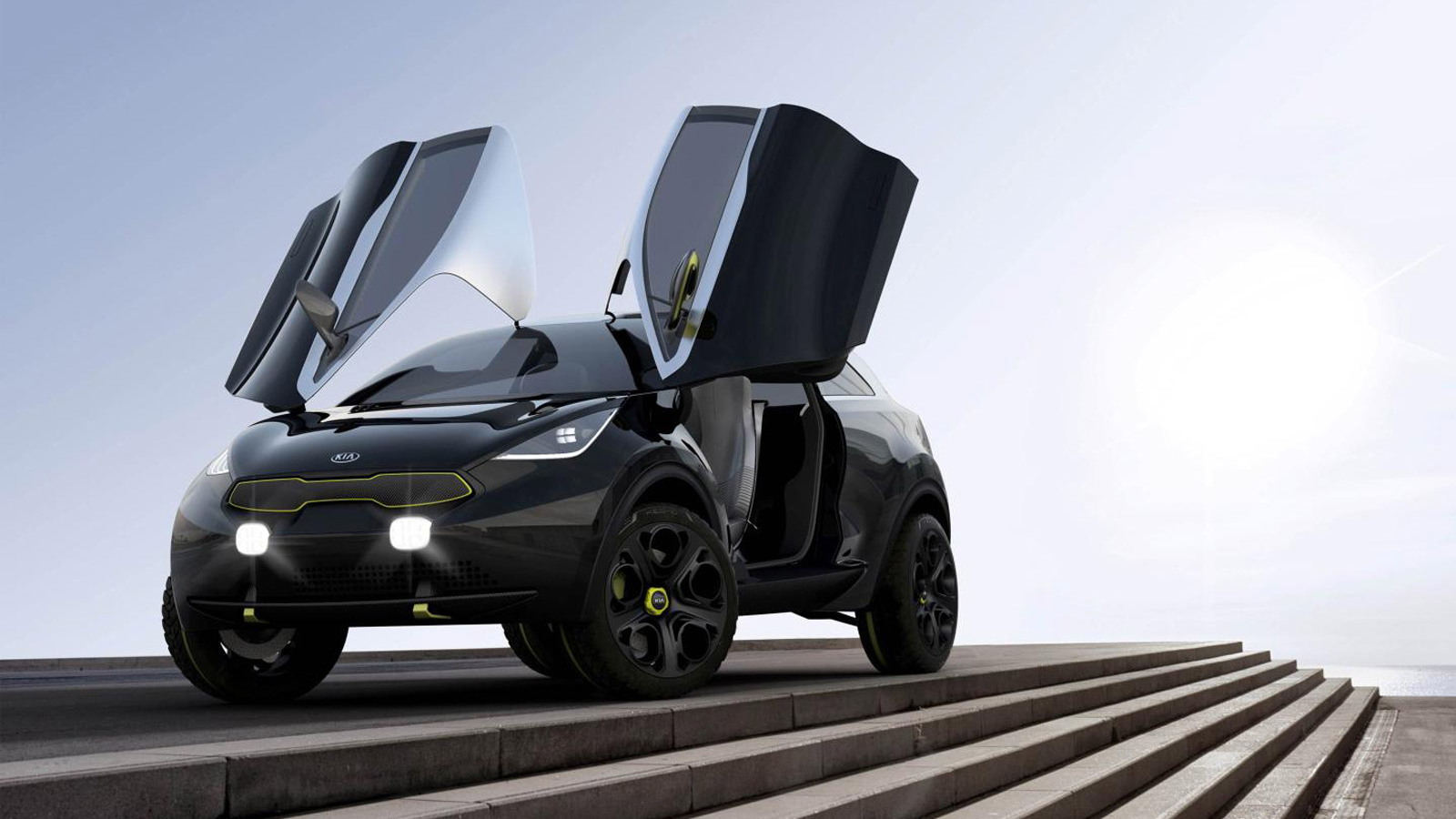 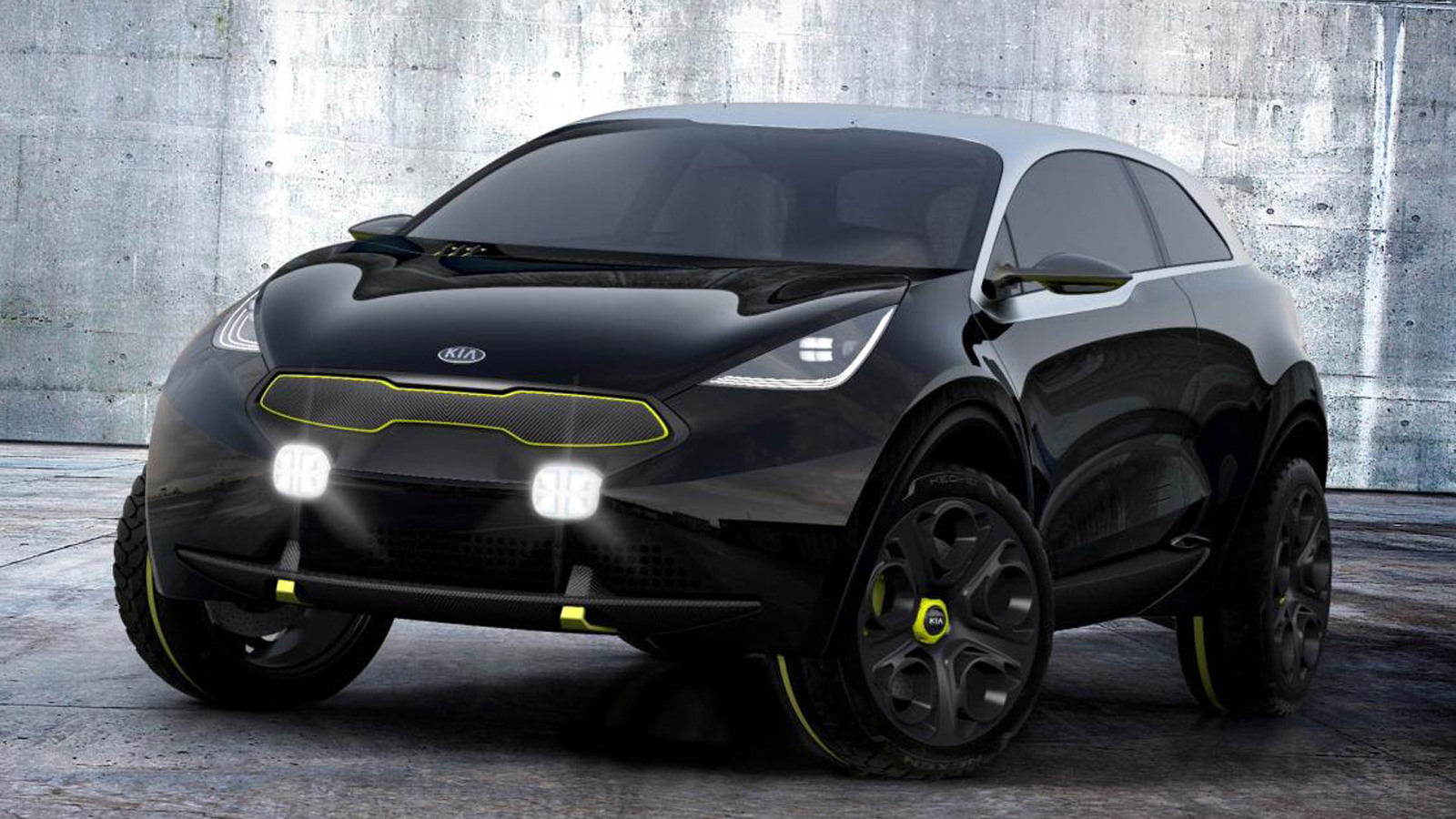 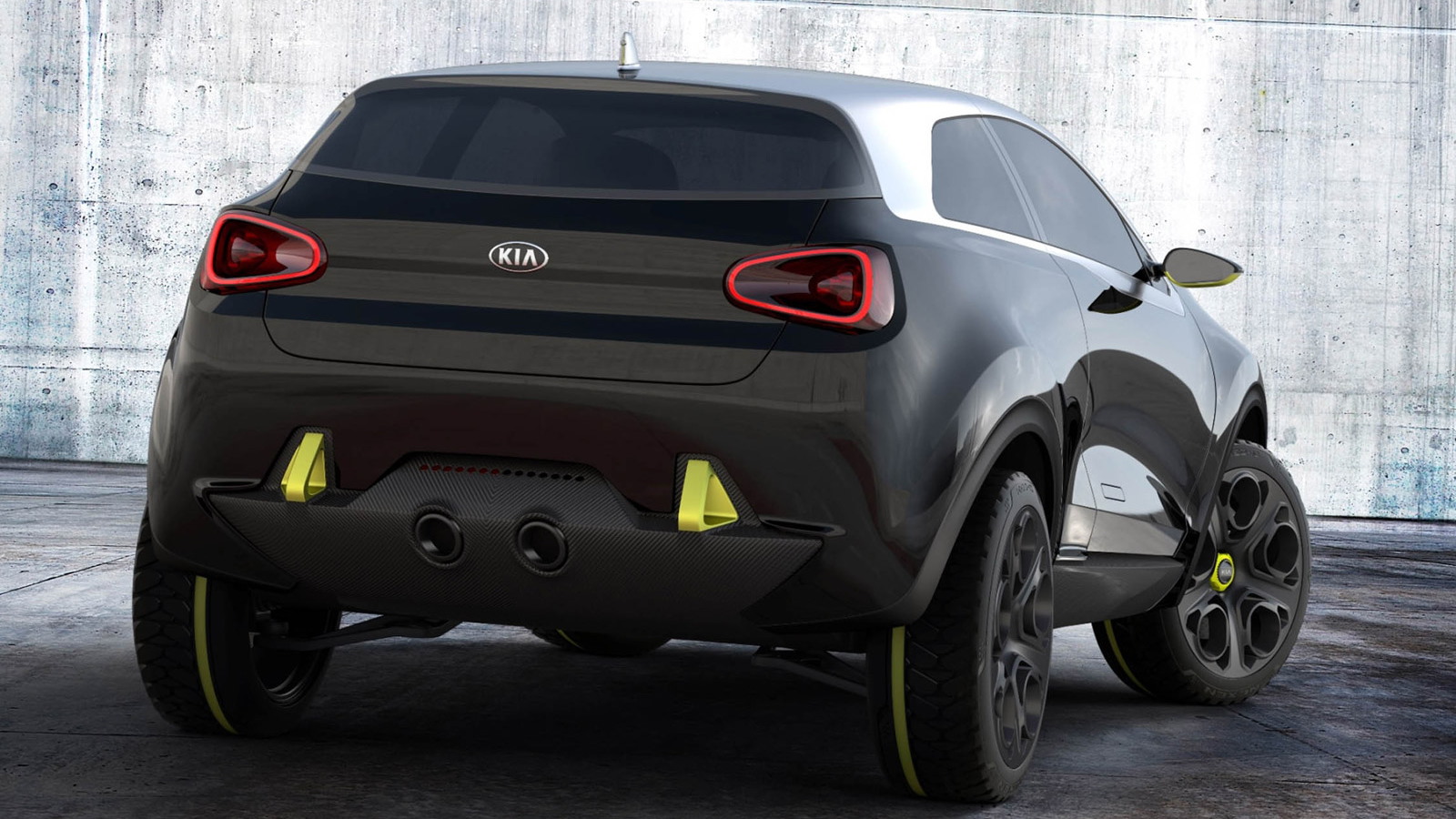 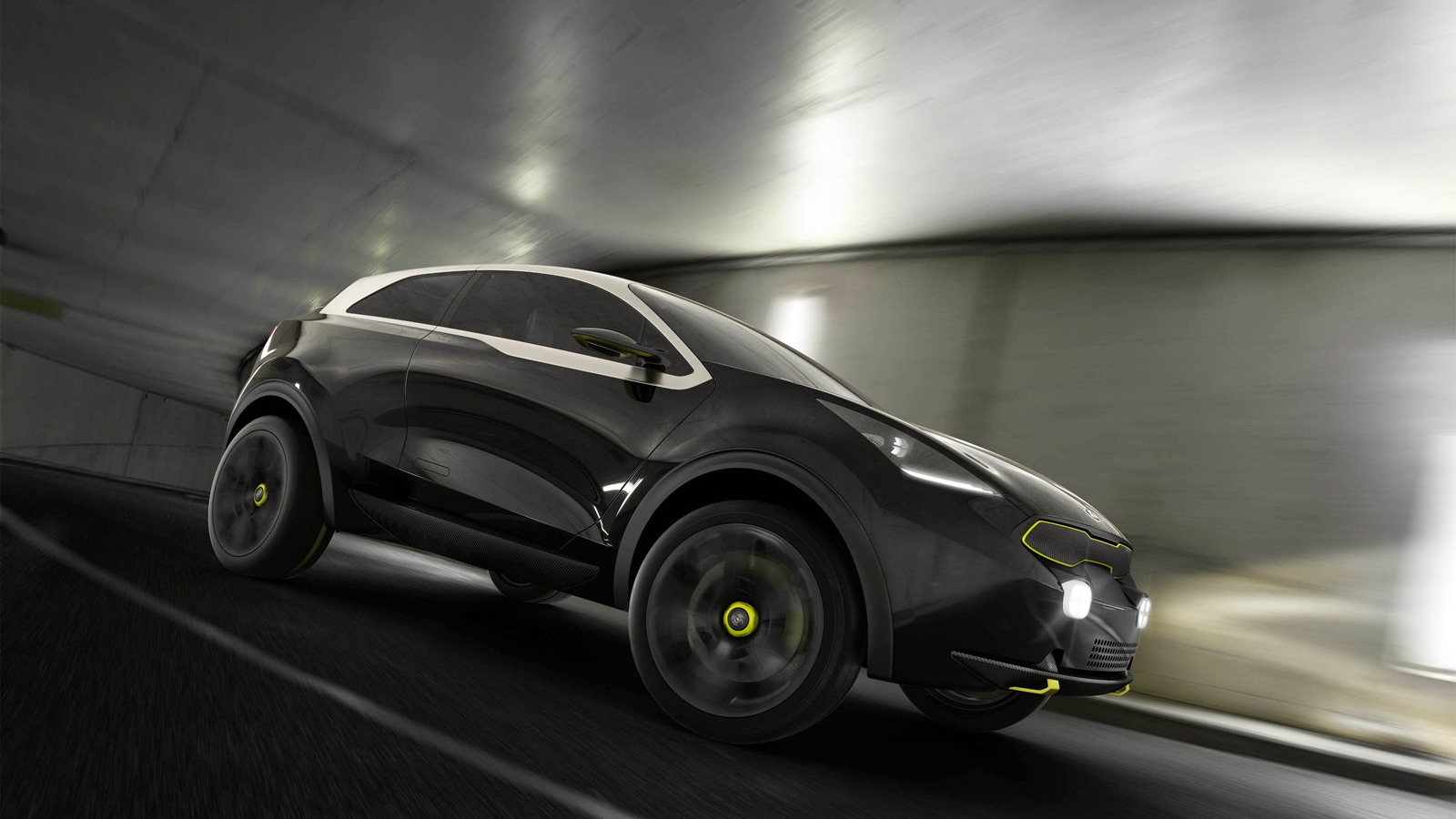 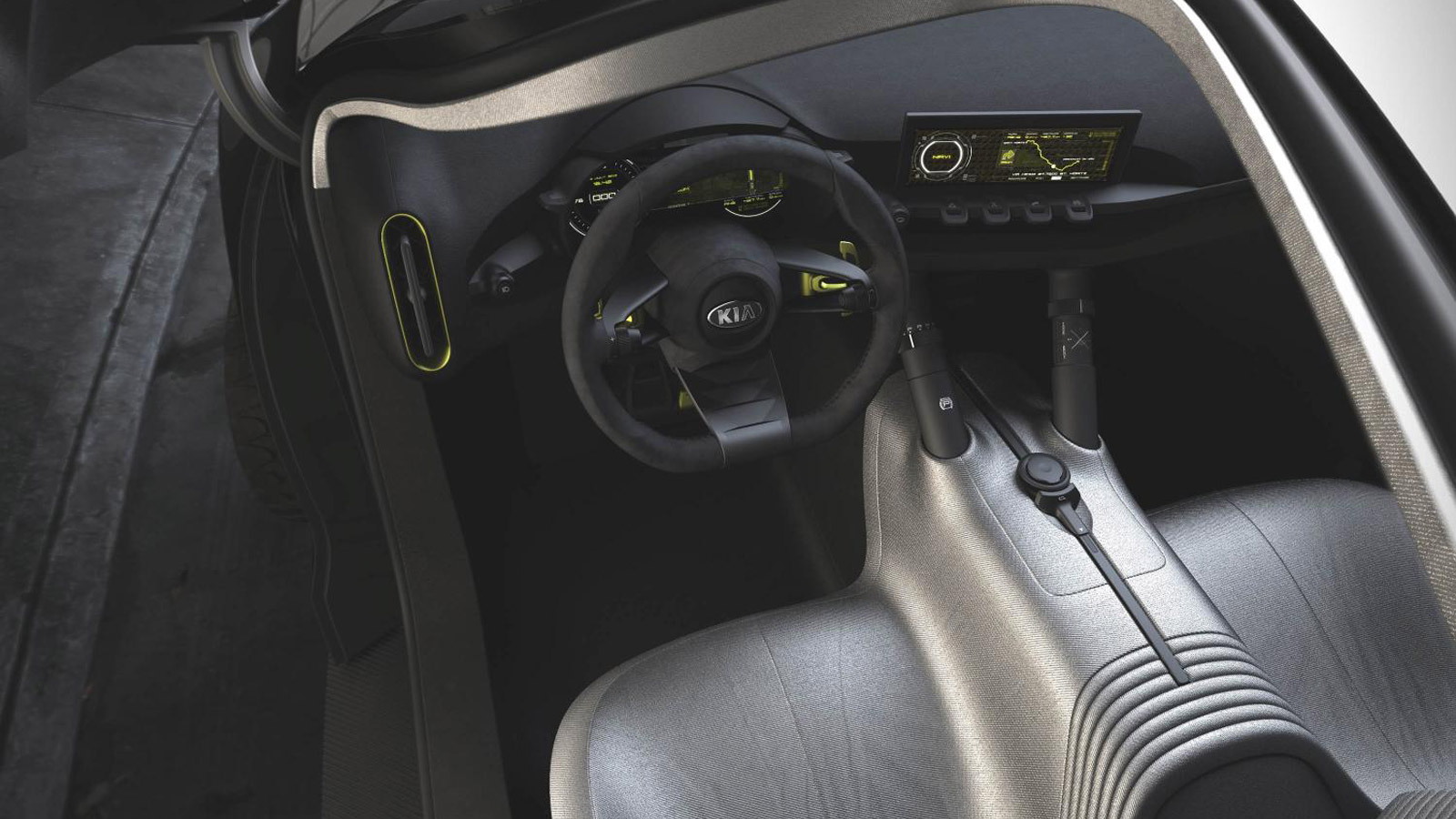 First unveiled at the 2013 Frankfurt Auto Show, the Niro points the way to possible future models for Kia, a potential rival for models like the Nissan Juke and upcoming Honda Fit-based crossover.

It's the latest take on Kia's ever-evolving design language, so while the front grille will be familiar to owners of existing Kia products, the rest of the car is very different.

Kia describes it as "ready to take on the city environment with style and a fun-to-drive attitude", which translates as unique styling and that popular raised crossover stance, wrapped around a potent but efficient hybrid drivetrain.

At its heart is Kia's 1.6-liter 'Gamma' four-cylinder engine, equipped with a turbocharger to deliver 160-horsepower through the front wheels.

As part of a through-the-road hybrid system the back wheels add their input now and again to the tune of 45 horsepower, ready to propel the car or offer extra traction when required.

Exterior styling is dominated by dark 'Nightfall' exterior paint and a contrasting brushed stainless-steel roof. Running-board style 'blades' erupt from the car's flanks, a style echoed in the front and rear valences.

Small details are highlighted in anodized 'Limelight' aluminum, with a bright yellow-green tint that extends to the car's brake calipers and a line around each tire's circumference.

Perhaps the car's stand-out visual features are the two dihedral "butterfly" doors, swinging up high to allow access to the car's cabin.

Inside, the two-plus-two seating layout would likely be rendered more practical in a production equivalent, as would the unusual molded one-piece front seats. The rear seats, while small, do have the ability to fold down providing a flat, carbon-fiber clad rear load area.

For the driver, both seat and pedals can be adjusted--the driver's seat itself is fixed.