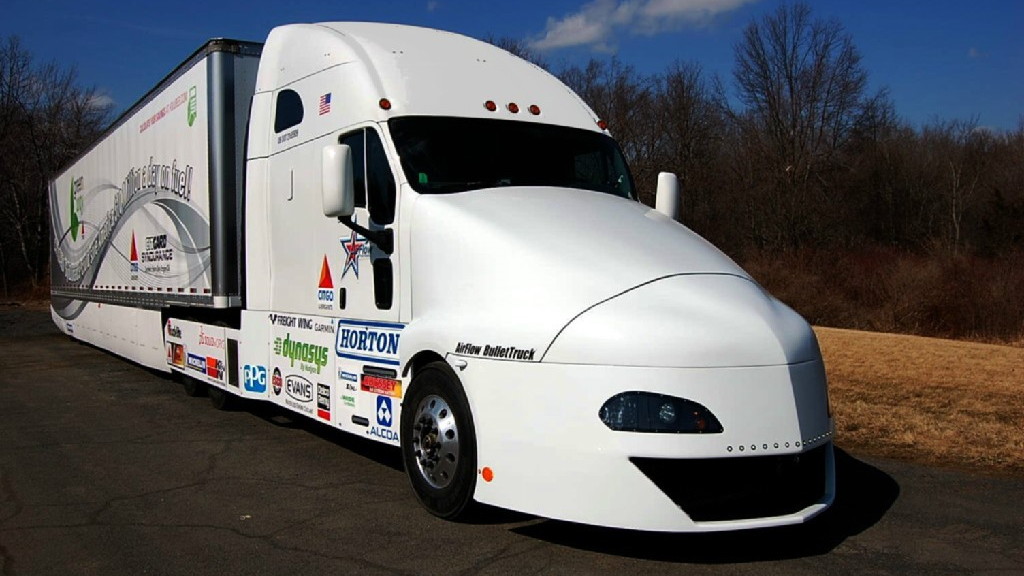 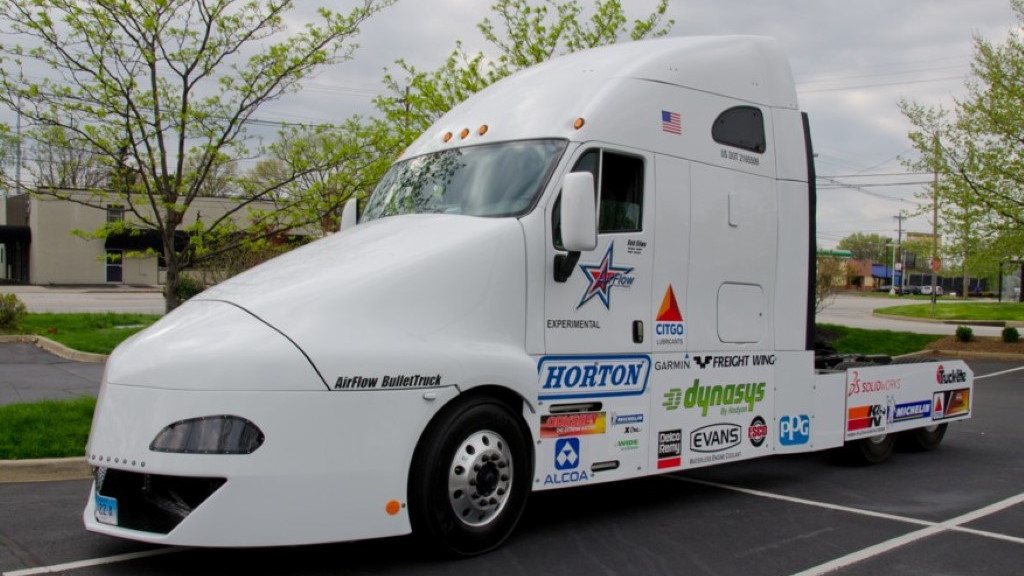 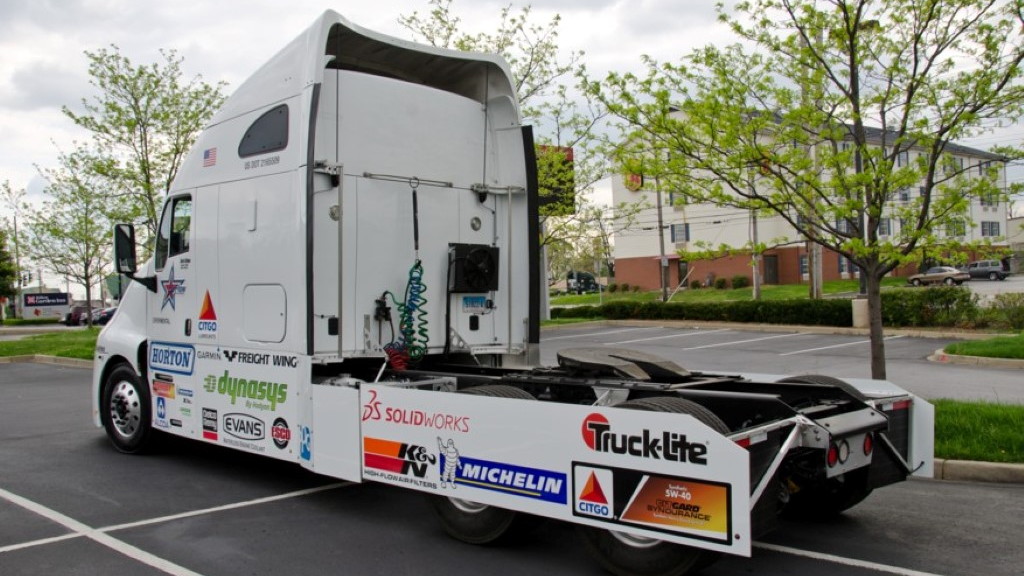 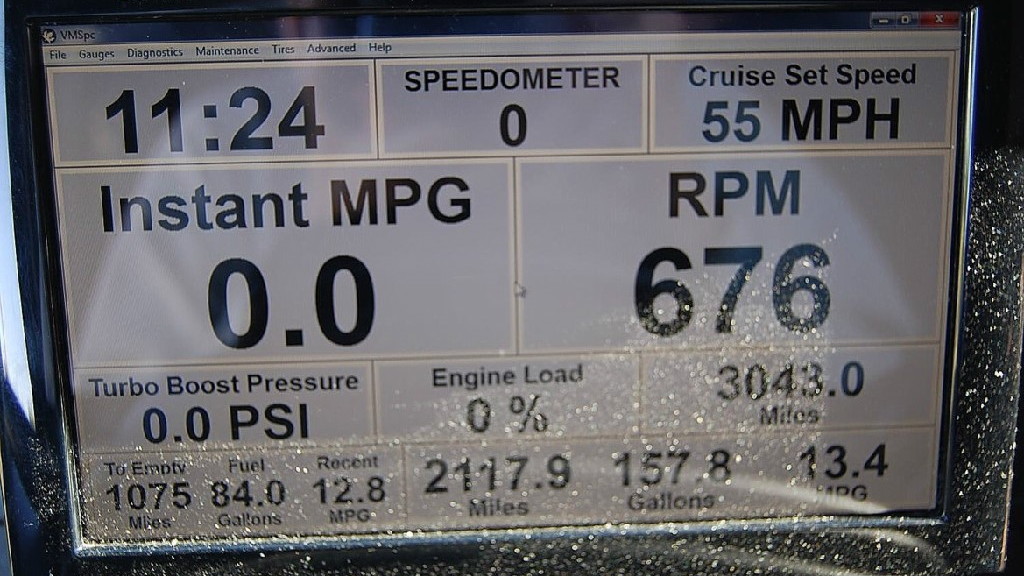 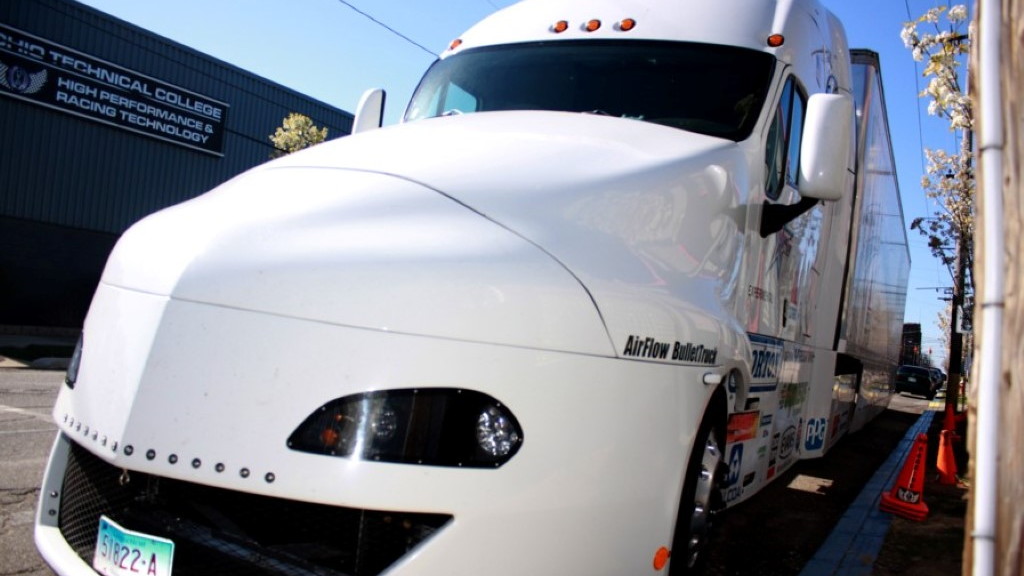 6
photos
Recently, we attracted flak from some quarters of our readership for featuring pickup trucks.

While not green by the standards of modern electric vehicles and hybrids, their push towards greater efficiency is equally important--because the biggest gains come from the most popular and least-efficient vehicles.

Fuel-efficient big rigs take that to even greater extremes, and none more so than the AirFlow Truck Company.

While still a prototype at this stage, the company's streamlined trucks promise near-pickup truck-like economy despite a 65,000-pound gross weight.

For their weight, even existing trucks are quite economical. It sounds counter-intuitive to say such a thing about vehicles that return 5.5 to 6.5 mpg in typical driving conditions, but once you consider the weight of a fully-loaded big rig--up to 36 tons--those numbers aren't bad at all.

You'd need several full-size pickups to carry or tow a similar load, and each would be a long way off its EPA-rated mid-teens economy when doing so.

But that's still a lot of fuel, and any gain in economy can result in massive savings for operators over the course of a year--and a fleet of trucks. Peterbilt and Cummins' 'SuperTruck', covered last year, achieved a full 9.9 mpg in testing.

AirFlow's BulletTruck prototype is even better. On a cross-country trip, AirFlow achieved 13.4 mpg, barely behind that of full-size pickup trucks.

And the BulletTruck did so with a payload matching that of the SuperTruck, around 65,000 lbs. This was no dry run, either--it was a revenue-producing, freight-hauling trip from Connecticut to California.

When you look at the truck, it isn't hard to see where most of the gains come from: Aerodynamics.

With covered wheels the SuperTruck was already more slippery than your average rig, but BulletTruck adds an extended, faired-in nose cone and even smoother sides, letting air hug the body contours rather than thrashing around in turbulence.

At the very rear of the trailer unit, a retractable, tapered end section lets airflow leave as cleanly as it arrived, reducing aerodynamic drag.

And other techniques are implemented to save gas--a hybridized air conditioning compressor and power steering pump reduce parasitic losses to the engine, reducing load and therefore fuel use. An LCD display reduces the huge panel of gauges found in your typical semi truck, and video cameras replace the huge, aero-inefficient mirrors found on trucks today.

When the average truck uses 50 percent of its fuel just to push air out the way, it's unsurprising that BulletTruck is capable of cutting fuel use that much.

The looks may not be to all tastes but we doubt drivers or operators will care when they see the savings.

Industry-wide, AirFlow says a fleet of BulletTrucks could save 7.5 billion gallons of fuel and 21 million tons of toxic exhaust emissions...annually.

Those savings aren't just good for operators. They're good for us too, as semis haul most of what we buy on a daily basis--from the food we eat to the computer you're reading this on.

If that isn't a win-win scenario, we don't know what is.