What if you could get solar panels in a can?

A team of researchers at the University of Alberta has developed a solar cell made from a spray-paint like material, Mashable reports.

While it won't necessarily be applied with a rattle can, this spray-on solar cell could make sun power cheaper.

The cells are made of zinc phosphate nanoparticles. These particles can be dissolved to form an ink, but after they've been sprayed onto a surface and allowed to dry, they are responsive to light.

Since this new type of cell is based on two common elements -- zinc and phosphorous -- it should be easier and cheaper to manufacture than conventional solar cells.

It will also be easier to install. The spray-on cells are attached to a plastic base, not the heavy, expensive silicon base used in typical solar panels. In addition to being cheaper overall, the plastic-backed panels' lighter weight means they can be mounted to roofs without extra support.

That could make spray-on panels an attractive option for plug-in electric car owners looking to charge their cars in the greenest way possible, among others. 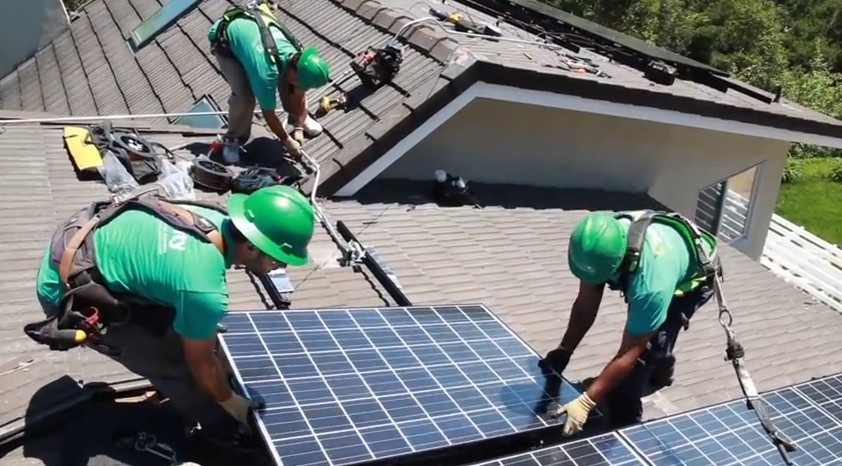 A February 2012 study by the California Center for Sustainable Energy found that ,of 1,419 plug-in car owners surveyed, 39 percent had solar installations at their homes. This was when there were only 12,000 plug-in cars on California roads.

A May 2013 followup found that the same percentage of plug-in owners used solar.

If cheap, lightweight solar panels proliferate, they could exacerbate the challenges for utility companies, who are already starting to view home solar as a threat to their business.