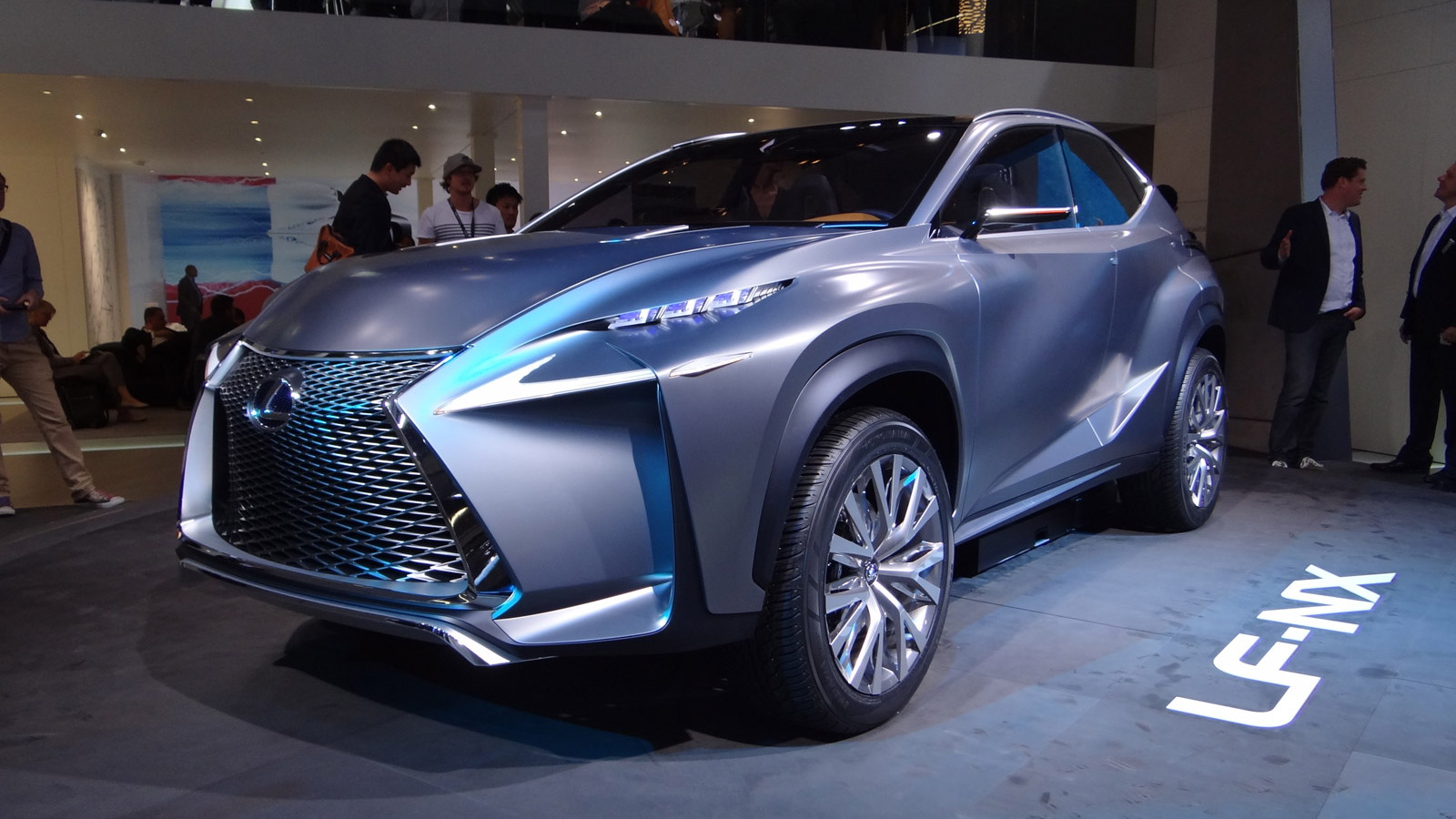 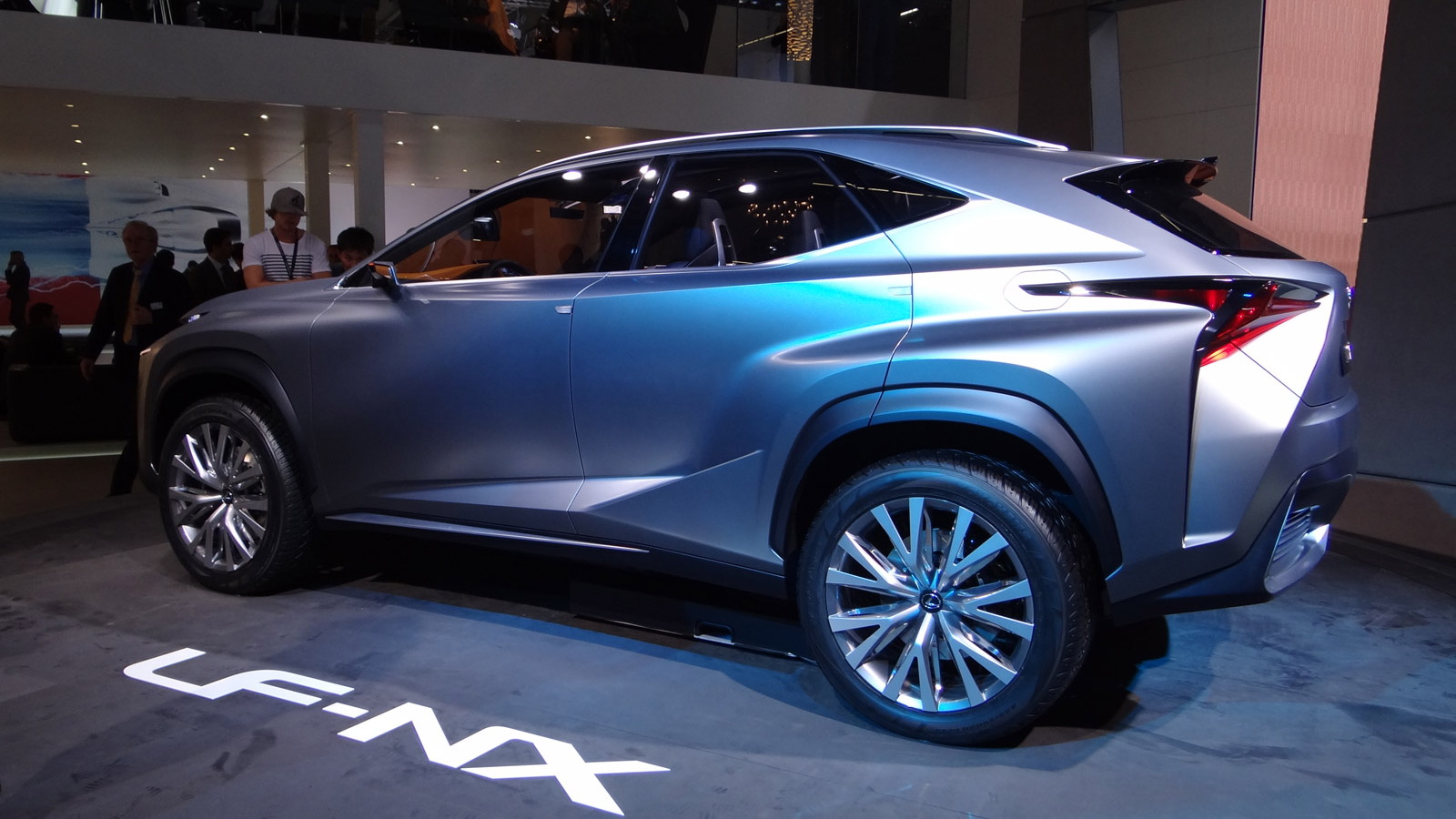 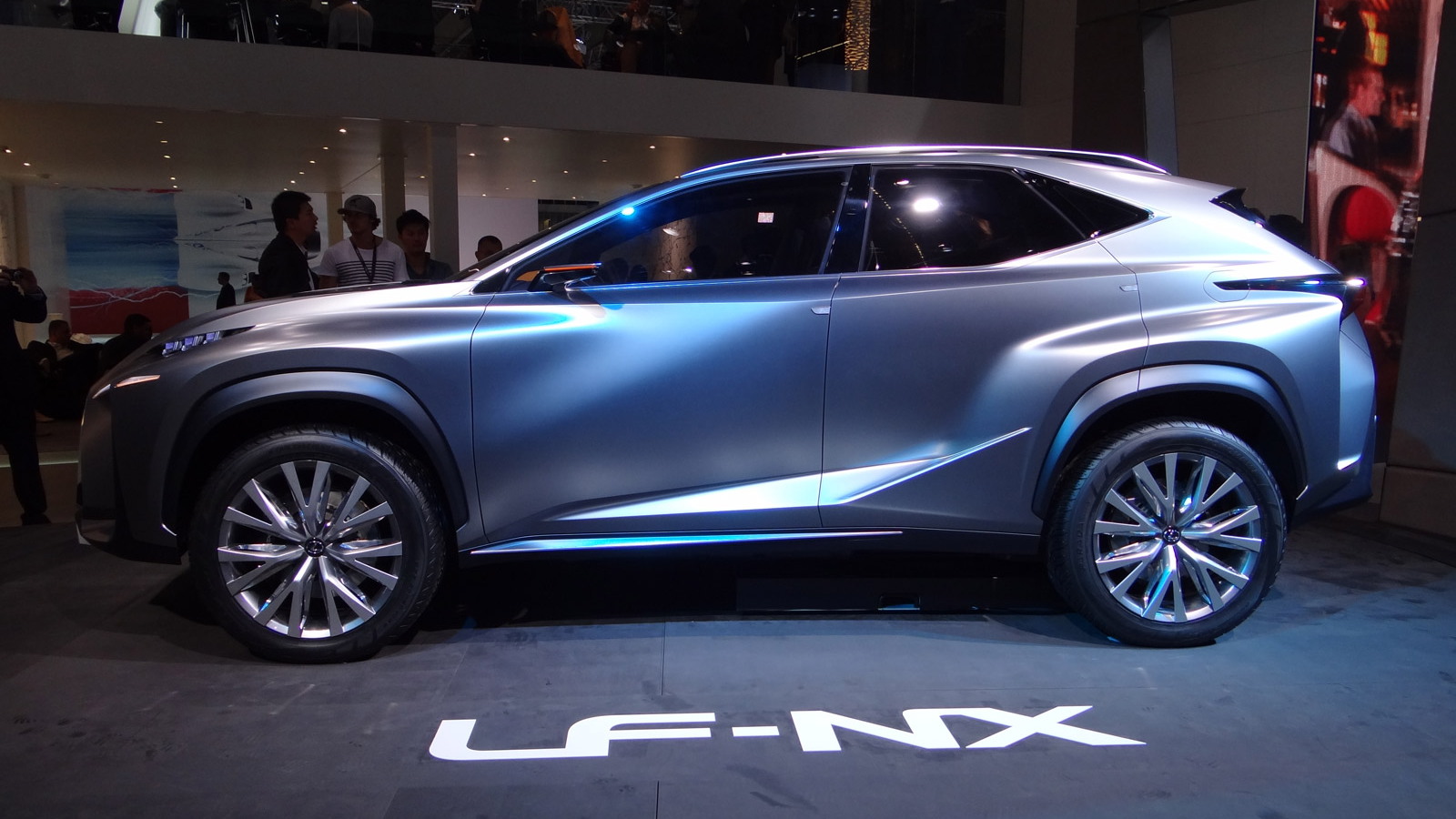 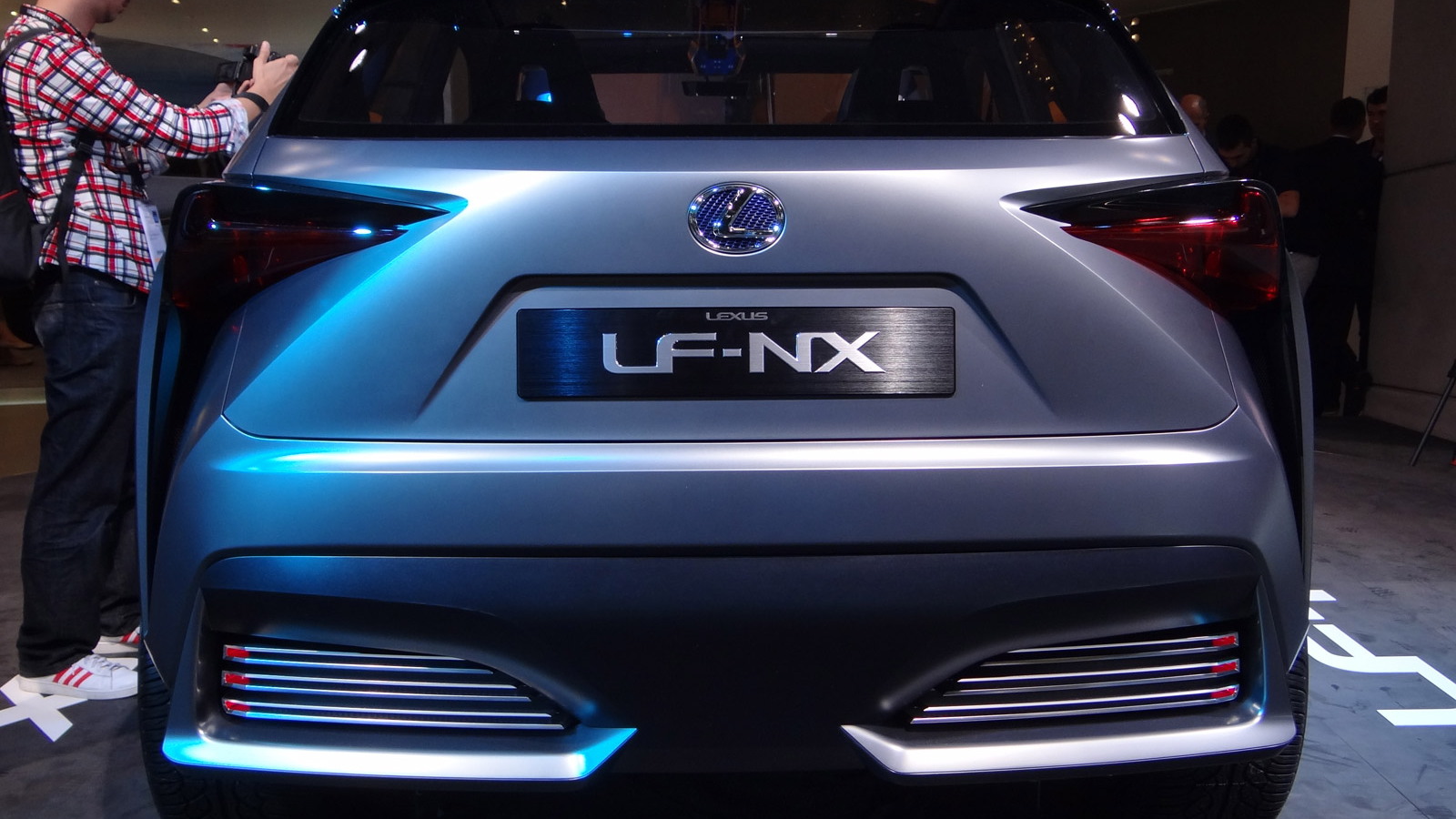 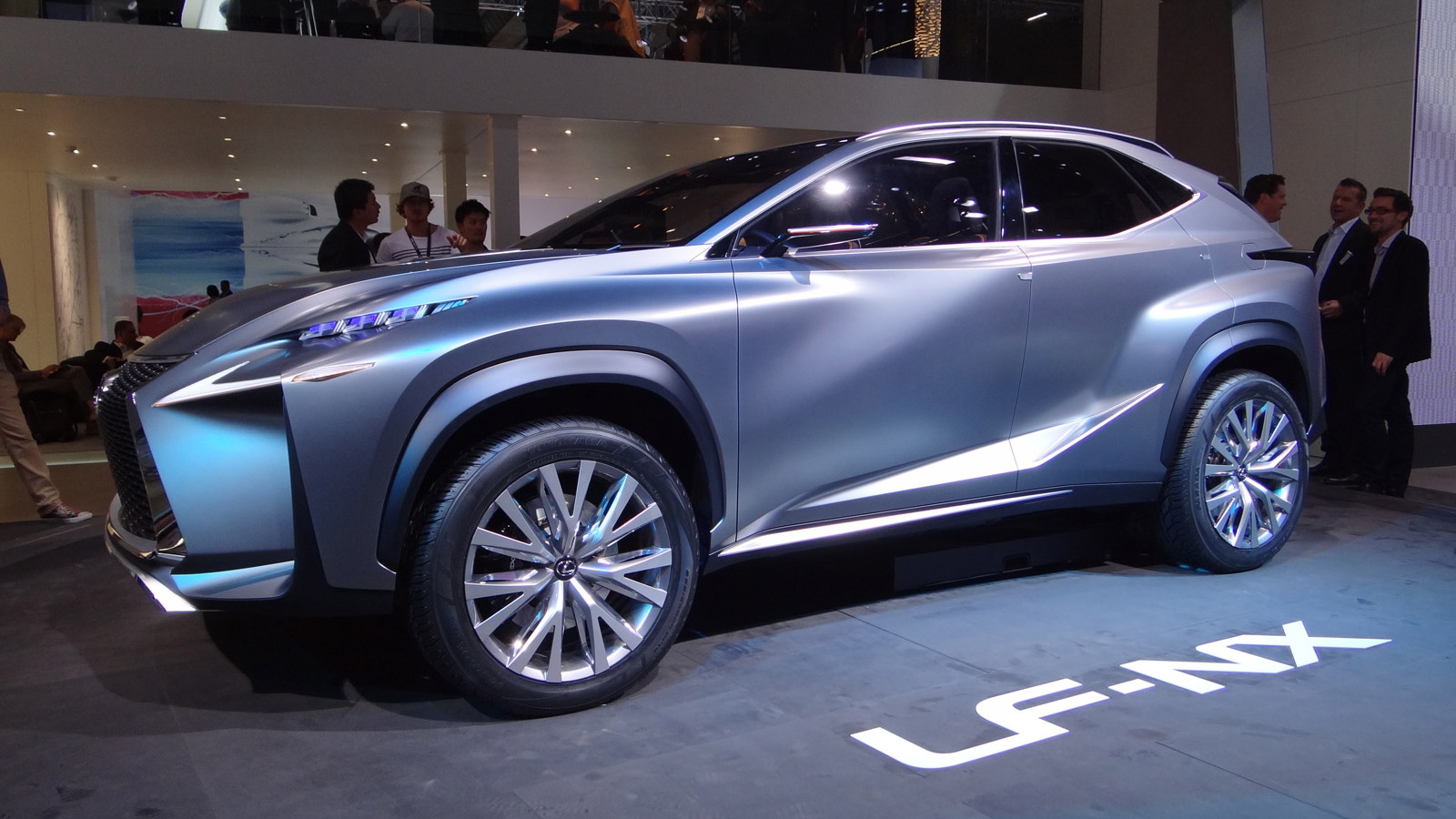 Lexus today unveiled its LF-NX concept, a compact crossover utility vehicle with a hybrid powertrain, at the Frankfurt Auto Show.

It previews an upcoming small crossover from Lexus, to be known as the NX in both conventional and hybrid versions.

Dimensionally, the LF-NX is smaller than Lexus’ popular RX crossover. It takes the Japanese luxury brand’s L-finesse styling theme, first seen on the LFA and 2014 IS, to new extremes.

The Lexus trademark “spindle grille” is more pronounced than on previous models, vertical intakes flank it for an imposing look, and the wheel arches are flared and angular.

It looks like most of the surfaces might cut you if you ran your hand across them.

The interior is equally dramatic, with a center console that bisects the rear seats and then folds itself over the top of the dashboard.

The structure is made from brushed metal, a quality touch that would probably be impractical for a production car.

Beauty is obviously in the eye of the beholder, but the LF-NX is worth looking at because it previews the production NX hybrid.

The LF-NX uses a 2.5-liter Atkinson four-cylinder engine and the Toyota Hybrid Synergy Drive system, with a pair of motor-generators.

Lexus previously trademarked the name NX 300h, suggesting that the proudction NX hybrid will share a powertrain with the ES 300h. That sedan also uses a 2.5-liter Atkinson-cycle four and a single electric motor.