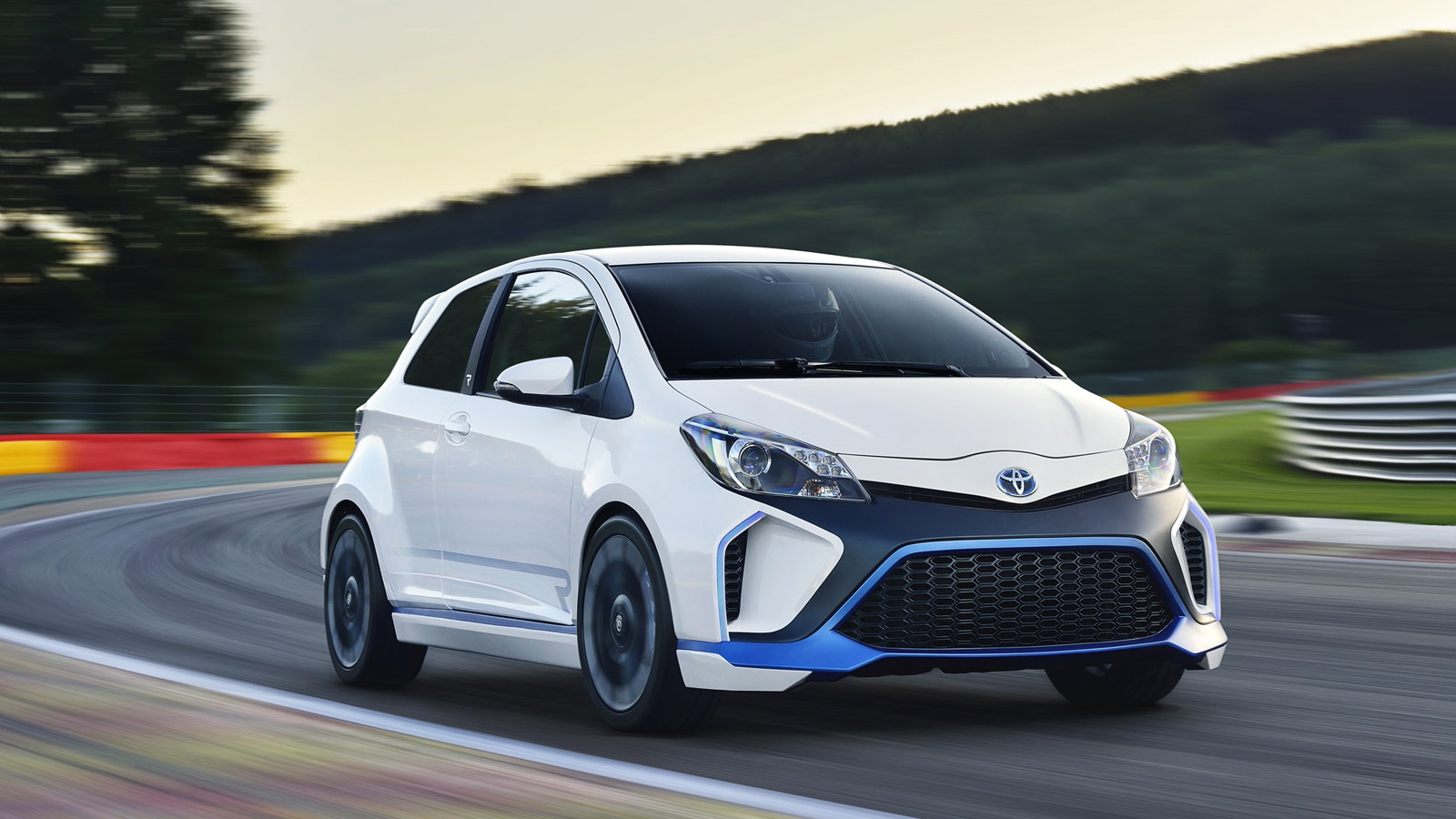 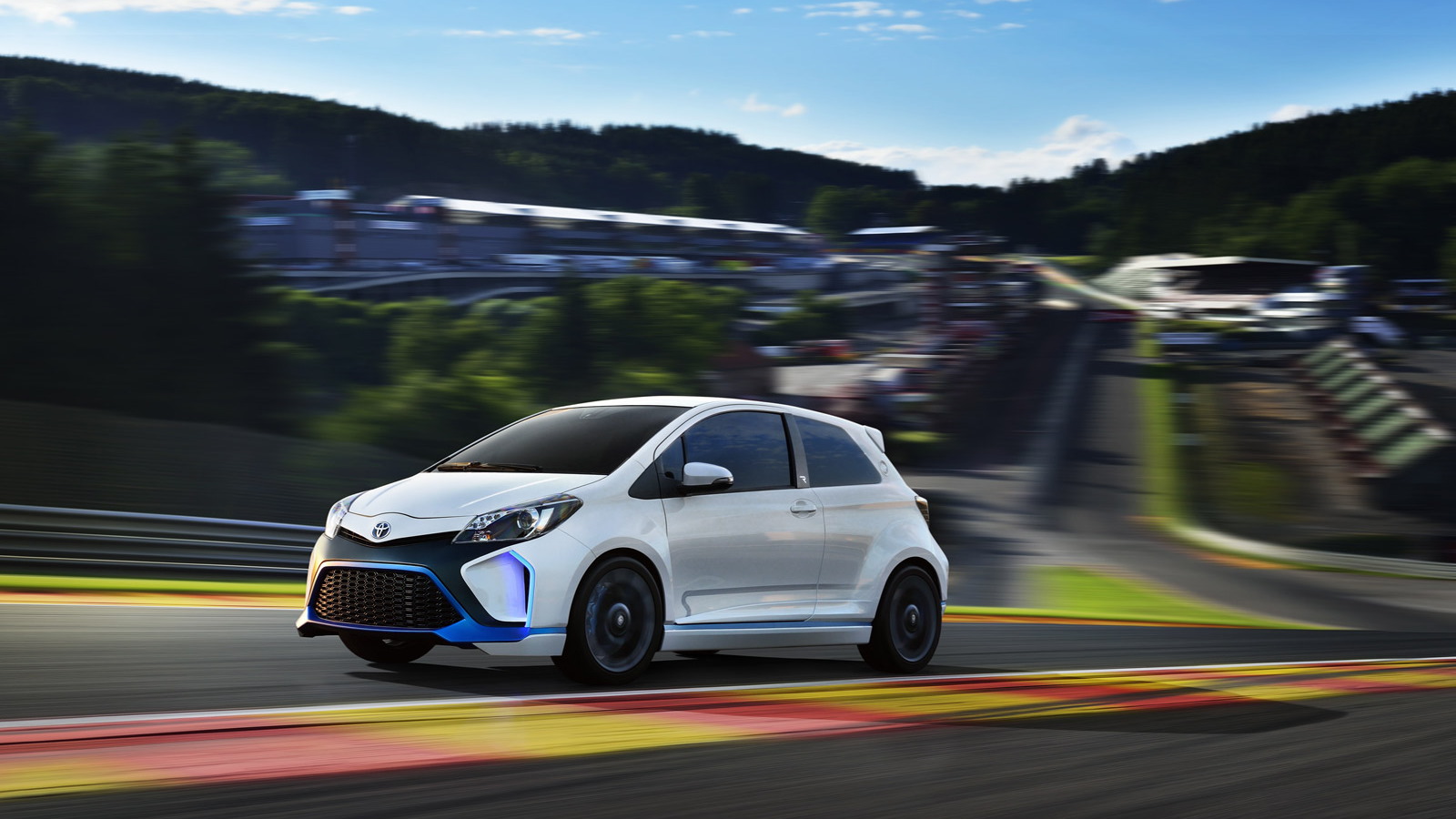 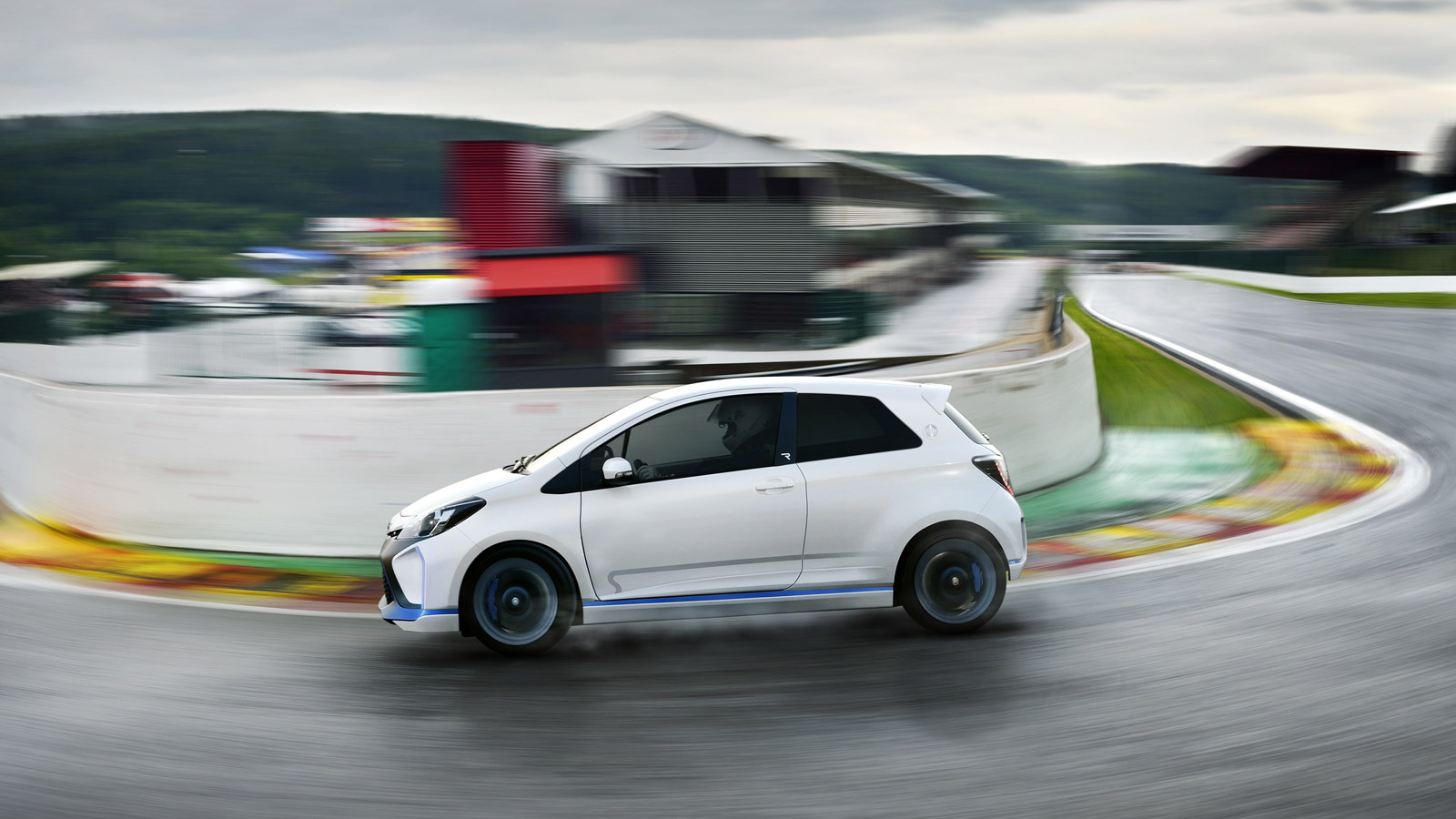 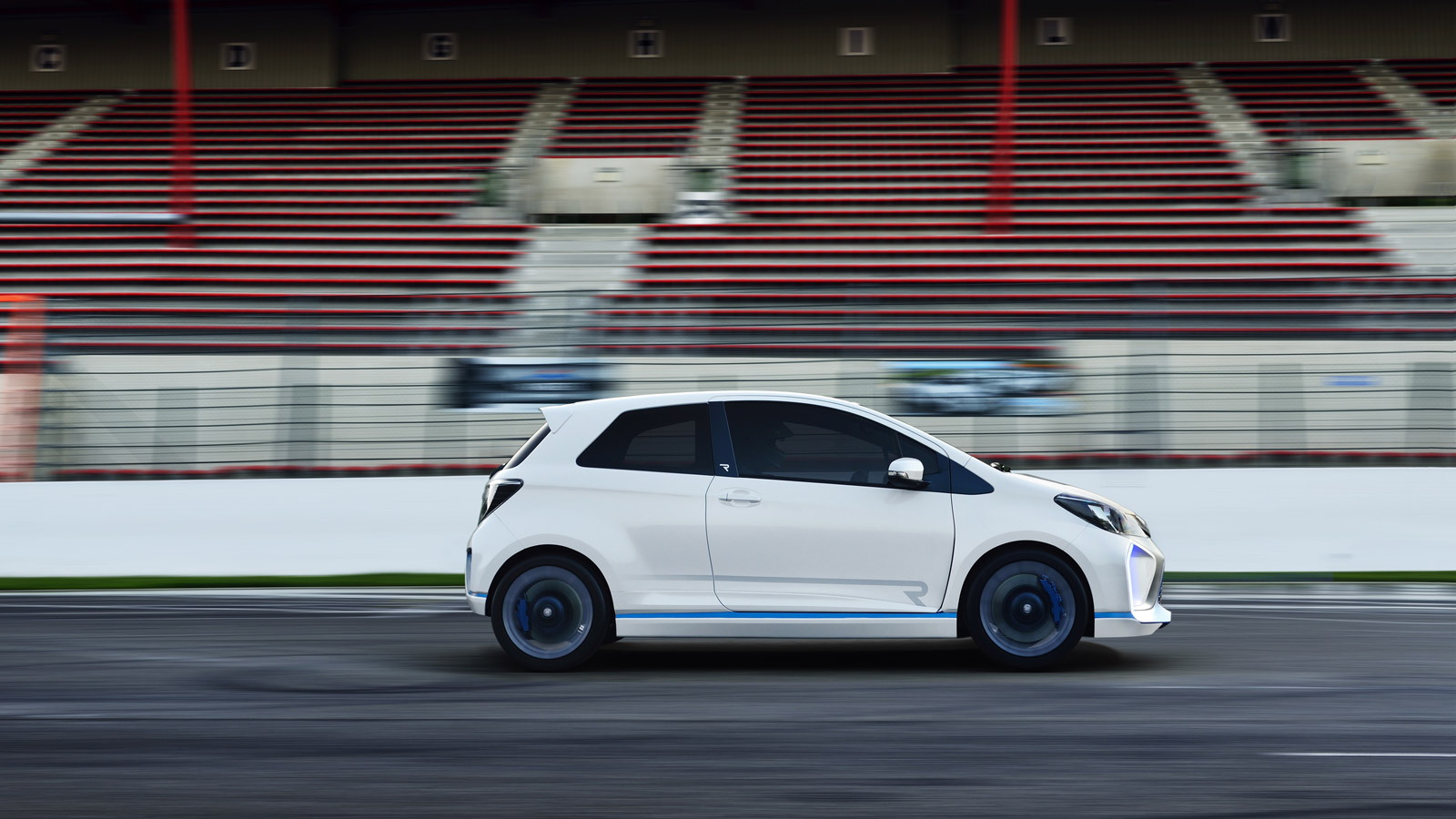 11
photos
Toyota has released more official images of its Yaris Hybrid-R Concept, a hotted-up hybrid Yaris due at the Frankfurt Auto Show next week.

While it looks more or less like a Yaris, the powertrain is far removed from that you'll find in any existing Yaris--and indeed any existing Toyota hybrid outside of the race track environment.

That's because the Yaris Hybrid-R uses technology more inspired by its TS030 Le Mans prototype than it is the road-going Toyota Yaris Hybrid we drove last year. This is one hybrid very much set up for performance--not least because there's no mention of economy anywhere in Toyota's press material.

The headline figures here are performance numbers, not miles per gallon. The car uses a 1.6-liter turbocharged gasoline 'Global Race Engine' with three electric motors as part of an intelligent electric all-wheel drive system. The two electric motors--each with a 60-horsepower output--drive the rear wheels, while the engine powers the front wheels.

The third 60 hp electric motor sits between the engine and six-speed sequential transmission, acting as a generator. During deceleration, it works with the rear electric motors feeding power into a supercapacitor--rather than a battery--and under acceleration it uses the energy generated to provide power for the rear wheels.

Using the front electric motor like this also works as an advanced traction control system, preventing the front wheels from spinning under power, while supplying more power to the rear wheels with greater traction. It's a necessary component of the car's 414-horsepower total system output, but also provides the Yaris Hybrid-R with a torque-vectoring ability, not unlike that of the Audi R8 e-tron or Mercedes-Benz SLS AMG Electric Drive. Power to the rear electric motors can vary allowing precise adjustability of the car's cornering line.

While not explicitly mentioned, the Hybrid-R's layout would allow pure electric running for a limited distance--so despite the healthy power output, economy could still raise eyebrows in the small, light Yaris.

Don't expect to see it on the road any time soon. Toyota hasn't made any announcements--expect those at the Frankfurt show--but we suspect this is more engineering exercise than preview of the future...