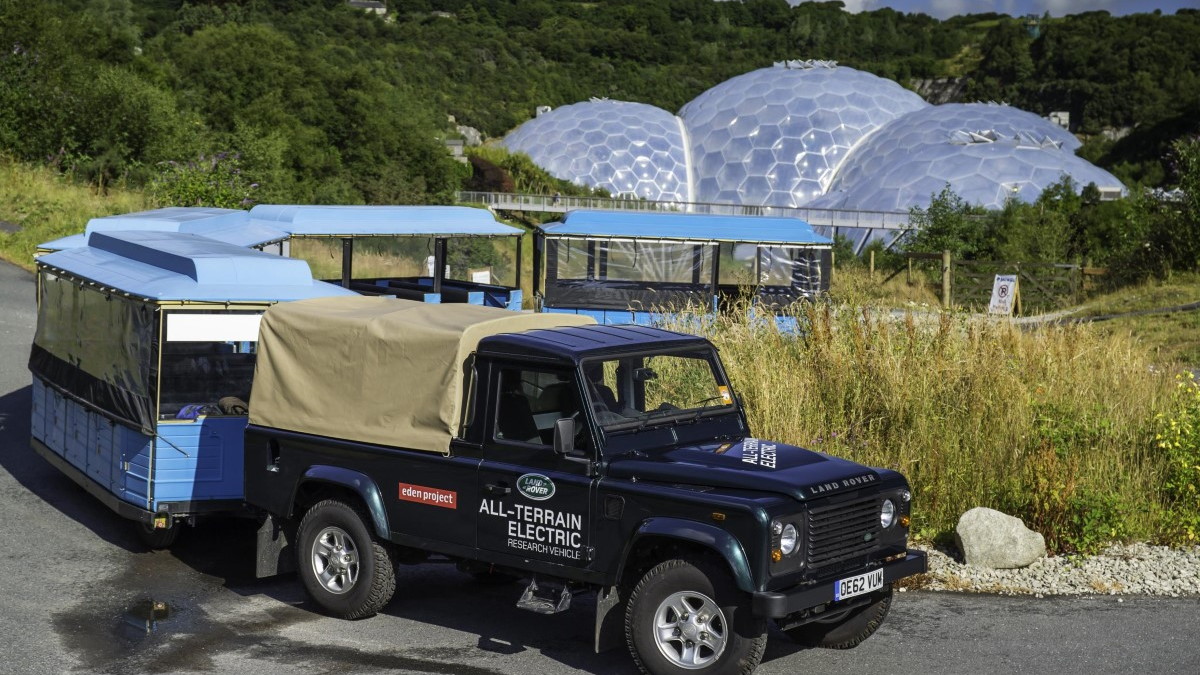 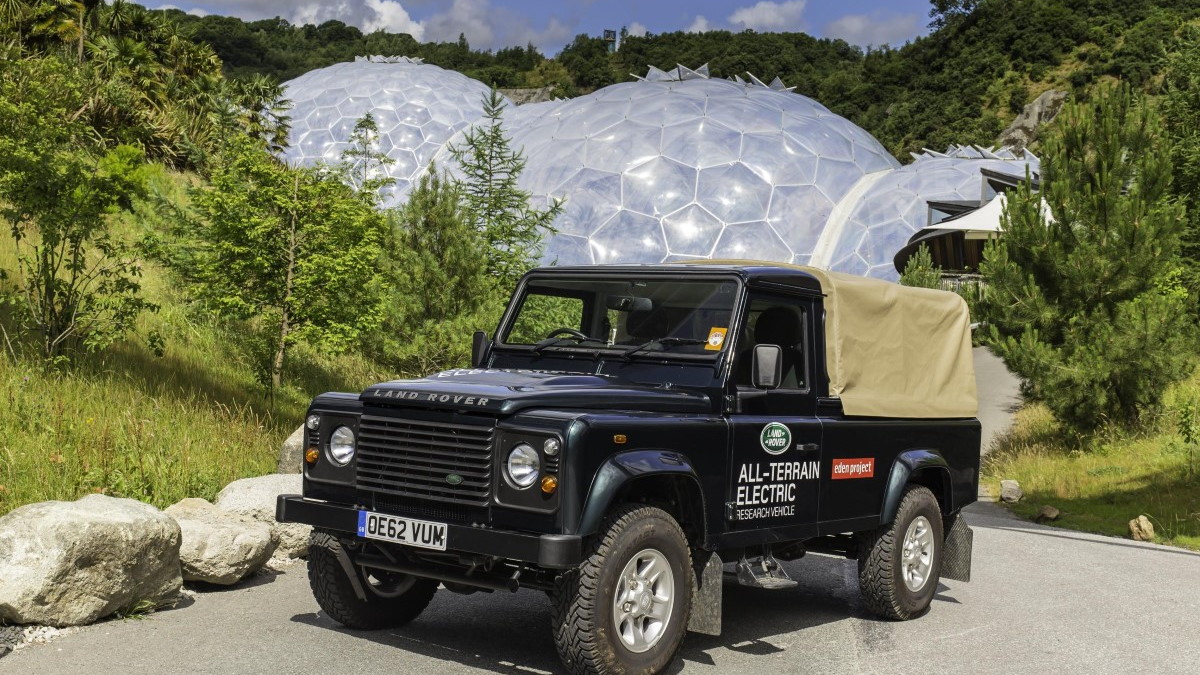 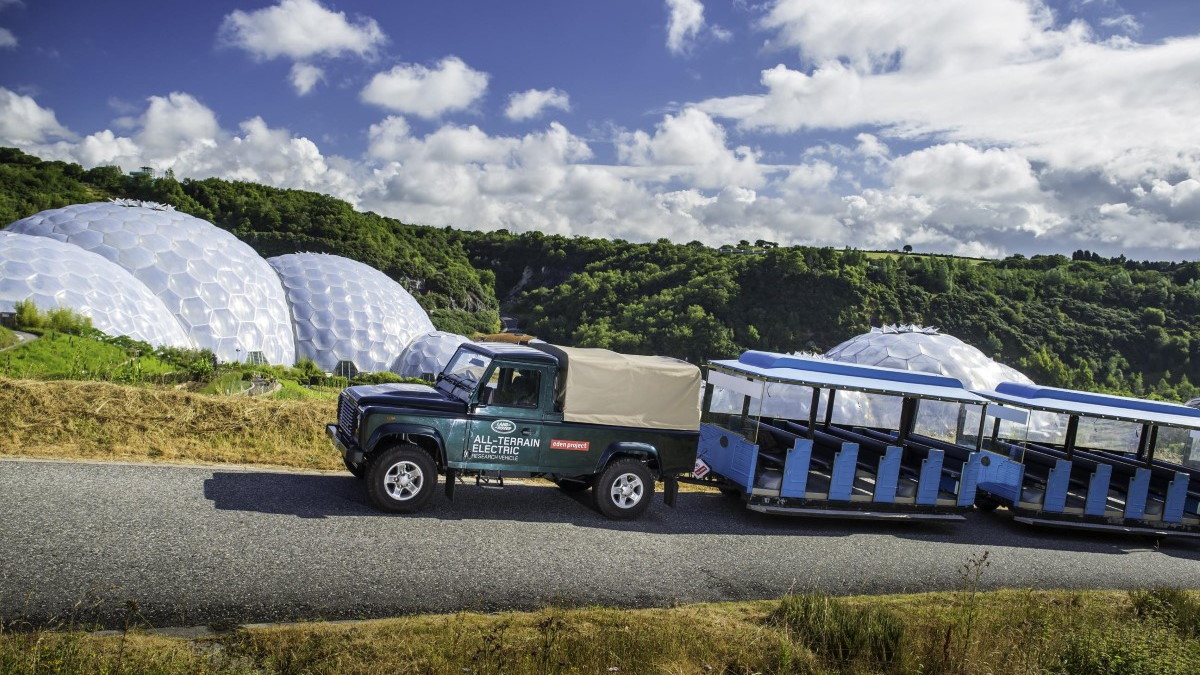 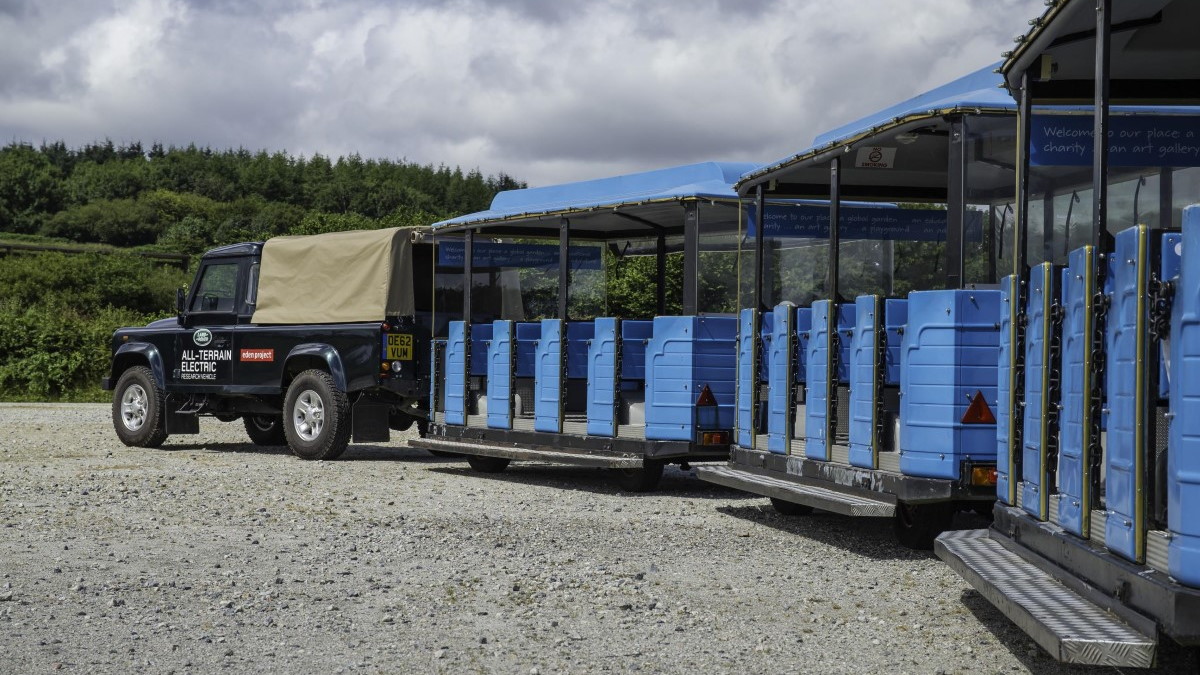 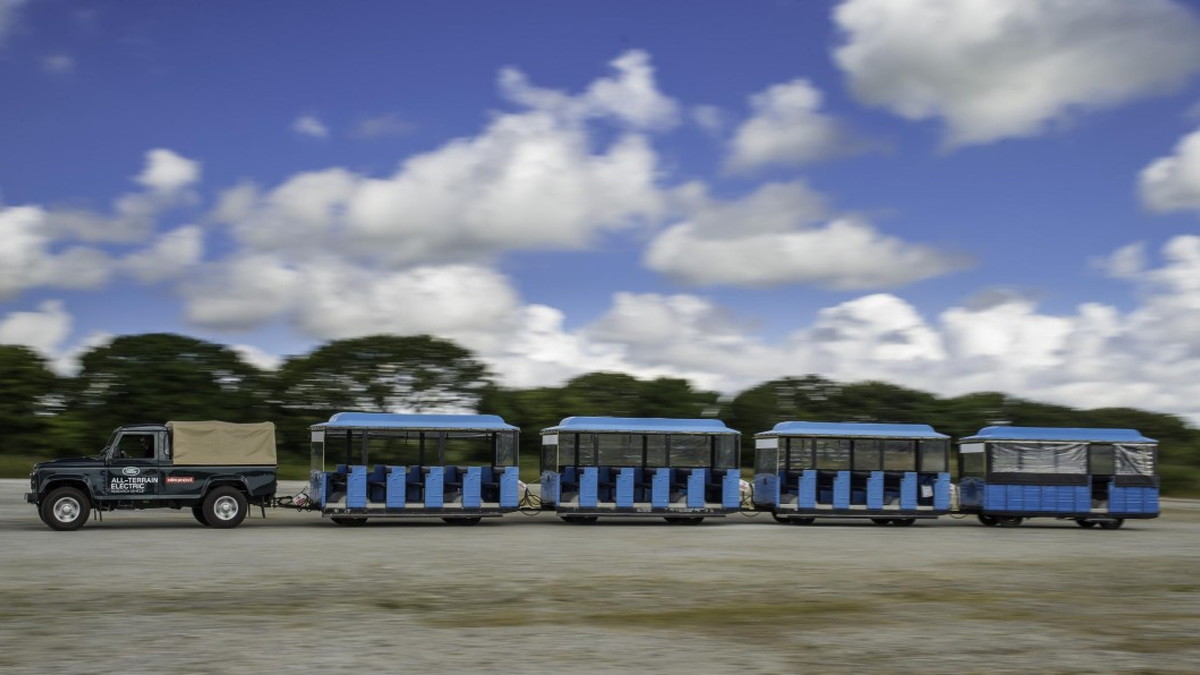 9
photos
Land Rover's iconic Defender has proved itself many thousands of times over by now on everything from farms to off-road endurance rallies to the battlefield.

Its latest task is a little more relaxed than those duties, but then the powertrain is a little different too.

Land Rover's first electric Defender is undergoing evaluation at the Eden Project in Cornwall, England, towing a visitor road train between the park's entrance and the large hexagonal-paneled biomes that make up the Project itself.

The Eden Project was completed in 2000 and the distinctive biomes contain plants from all around the globe, with tropical and Mediterranean settings to house the different species.

It's one of the country's biggest green attractions, and a perfect setting in which to test Land Rover's latest electric vehicle.

The Project's Defender 110 Pickup uses its electric drivetrain to pull a four-carriage, 12-ton road train around the site and up the six percent incline. It's capable of carrying 60 passengers and there's no diesel fumes for them to inhale here, nor clatter to endure.

The Defender's 50-mile range (with a 12.5 mile backup battery added to this particular car) is easily enough to cover the vehicle's daily duties. That's partly down to an ultra-efficient regenerative braking function that can harness 80 percent of the car's energy as it goes back down the hill. Land Rover says eight hours of low-speed, off-road driving is possible on a full ten-hour charge.

An overnight charge itself costs only $3, ready for the next day's duties.

Jeremy Greenwood, Principal Engineer on the Electric Defender project, says the repetitive nature of the work should provide Land Rover with plenty of valuable data.

“The... second battery... will allow it to work a full day at the Eden Project, but also improves weight distribution and stability. In addition, we’ve linked the land-train’s air brakes to the foot pedal of the Land Rover, enhancing safety.”

Those at the Eden Project itself are also more than happy with the car so far.

"It will be a great talking point for our visitors and proves that electric vehicles can be every bit as tough and rugged as their fossil fuel counterparts, while being much quieter, cheaper to run and with zero emissions at the point of use," said Gus Grand, Climate Change Lead at the Eden Project.

Five other Electric Defenders will be placed with other organizations to assess their capabilities in other situations. It seems the off-roading icon still has life left in it yet...