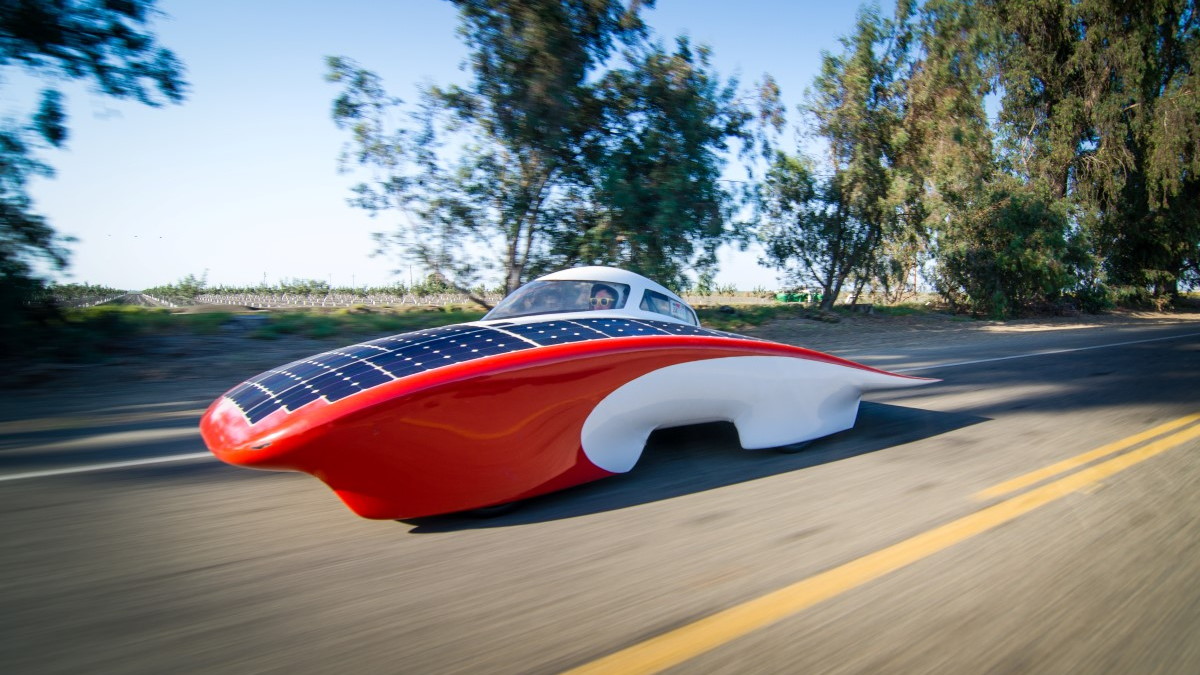 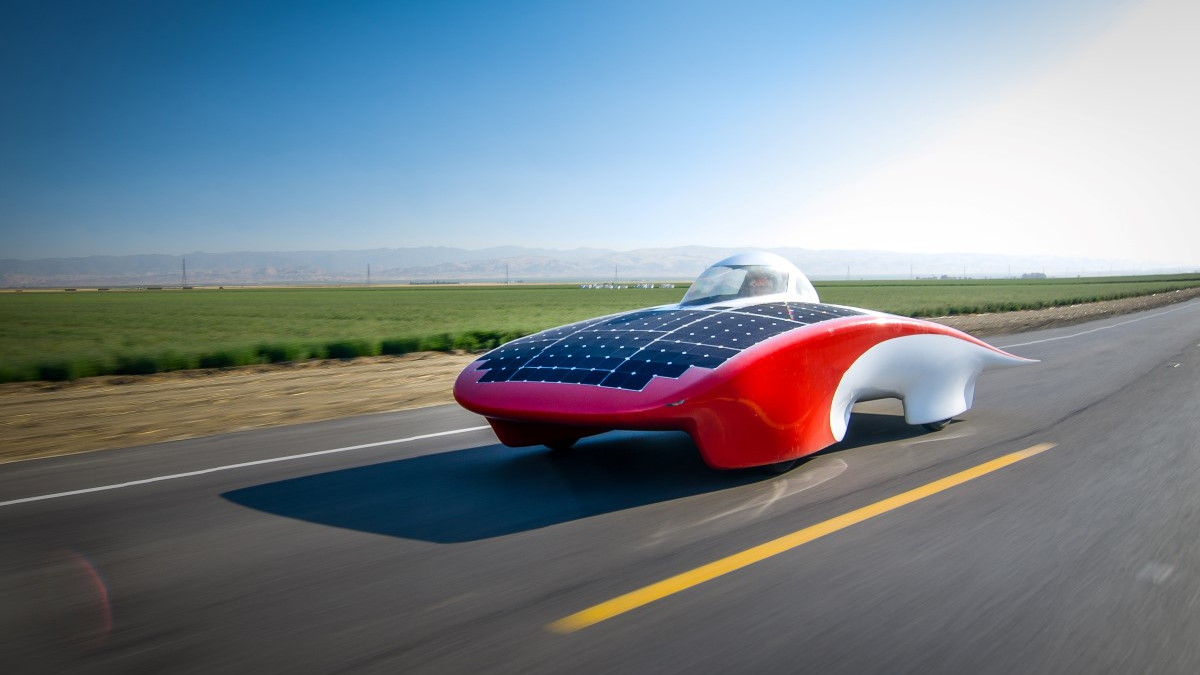 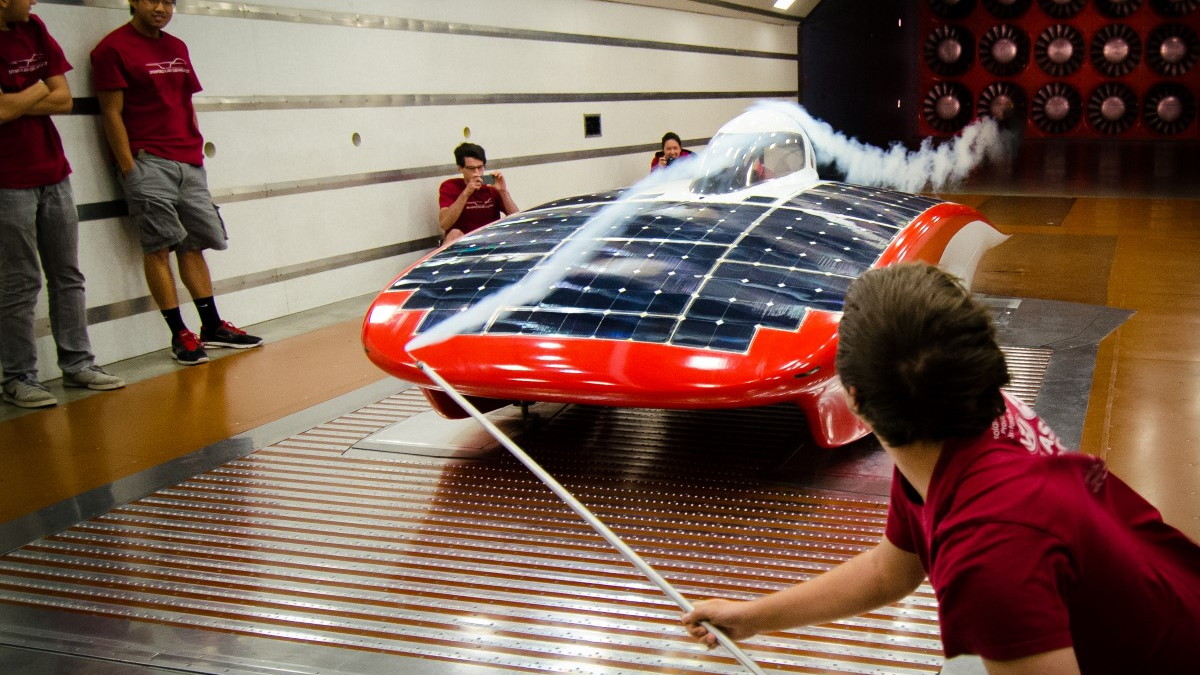 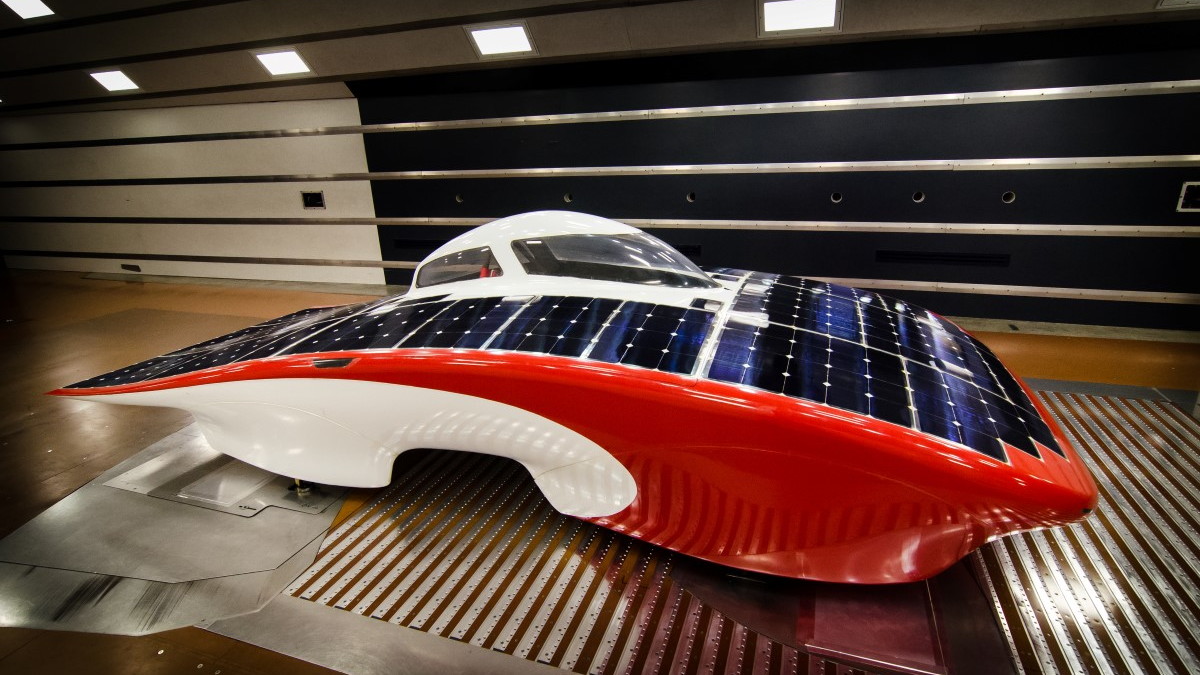 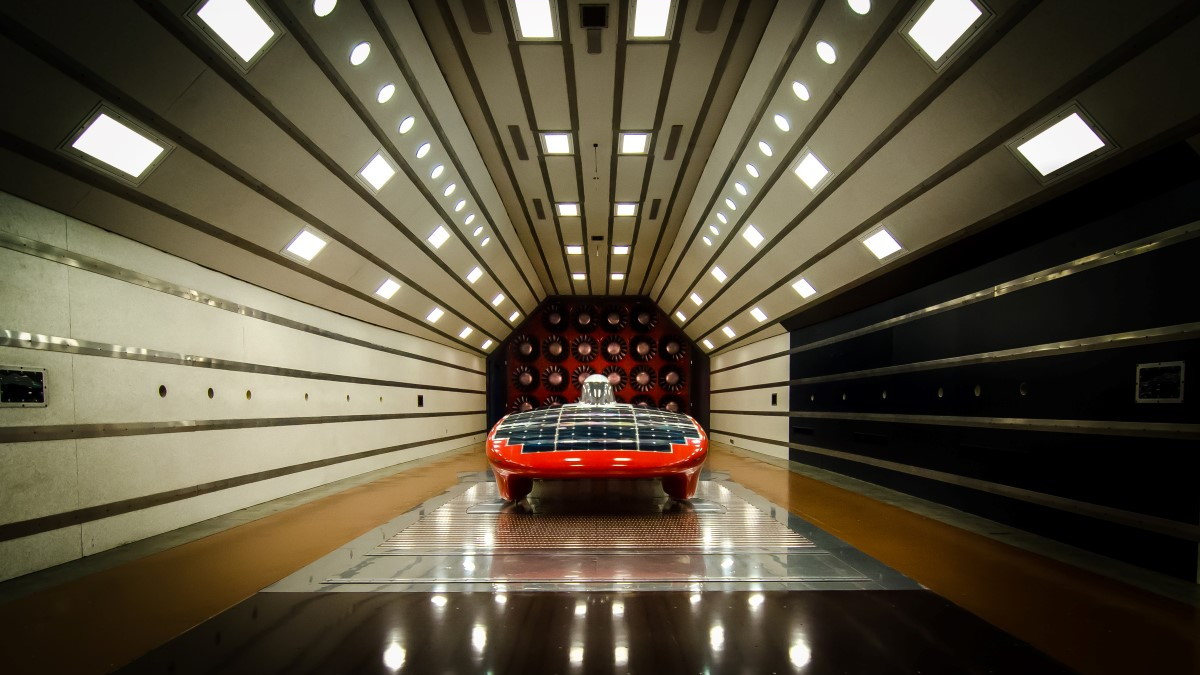 5
photos
The latest United States entry into October's World Solar Challenge in Australia has been unveiled by a team at Stanford University.

First held in 1987, the World Solar Challenge is a biennial event covering more than 1,800 miles through Australia's barren Outback, teams mixing speed with efficiency to complete the route from Darwin to Adelaide.

This year's aim is to "break even on energy", Freshman Matthew Matera told Palo Alto Online.

Luminos, like many of the competitors, uses an on-board battery to provide the car with power even when the sun isn't shining. Using both solar and battery power can let the team run the car at its top speed--but at a cruising speed of 55 mph Luminos should run on solar power alone.

As well as 97 percent efficient electric motors developed by the team, the four-wheeled design is highly aerodynamic, with half the aero drag of a cyclist despite its larger dimensions.

At the same time, Stanford's design is quite different to that of the University of Michigan's competing vehicle. Where Michigan puts their driver in line with one set of wheels, Stanford has opted for a central canopy and a more wing-like shape.

Stanford says this shape is more robust in real-world conditions, while closely matching its 2011 entry (a three-wheeled, edgier affair called Xenith) for aerodynamic performance. Its Sunpower solar cells have "one of the highest production conversion efficiencies available", while a 3M-designed antireflective layer ensures as much of the sun's energy is absorbed by the panels as possible.

"We still try to be competitive and advance the technology in trying to make an efficient, fast vehicle," team-leader Wesley Ford told Palo Alto Online.

"We also place a large weight in the importance of the engineering side. Having an educational experience that's fun and hands on for us students."

The 2013 World Solar Challenge will feature 47 teams from across the globe. It runs from October 6-13 this year.