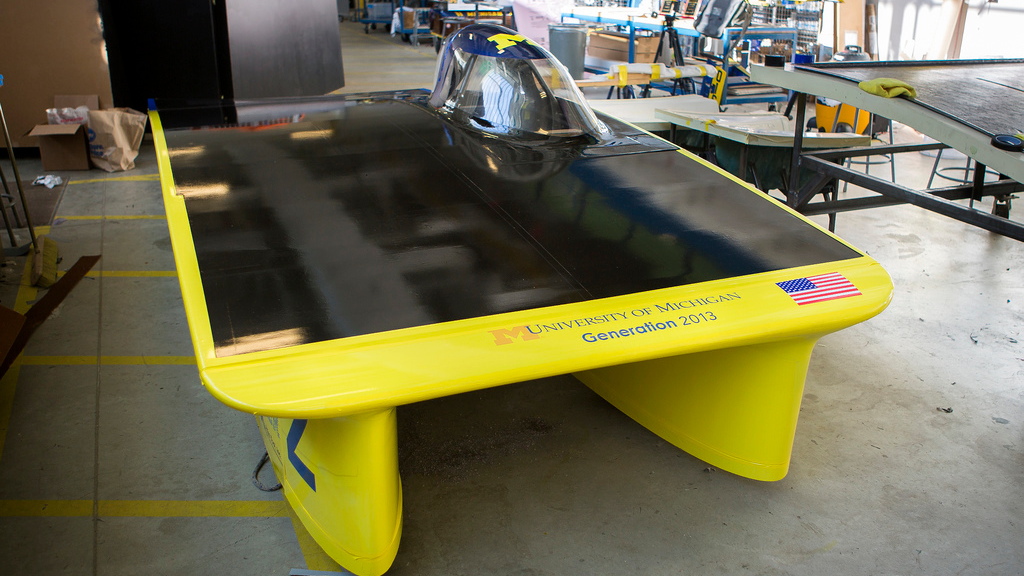 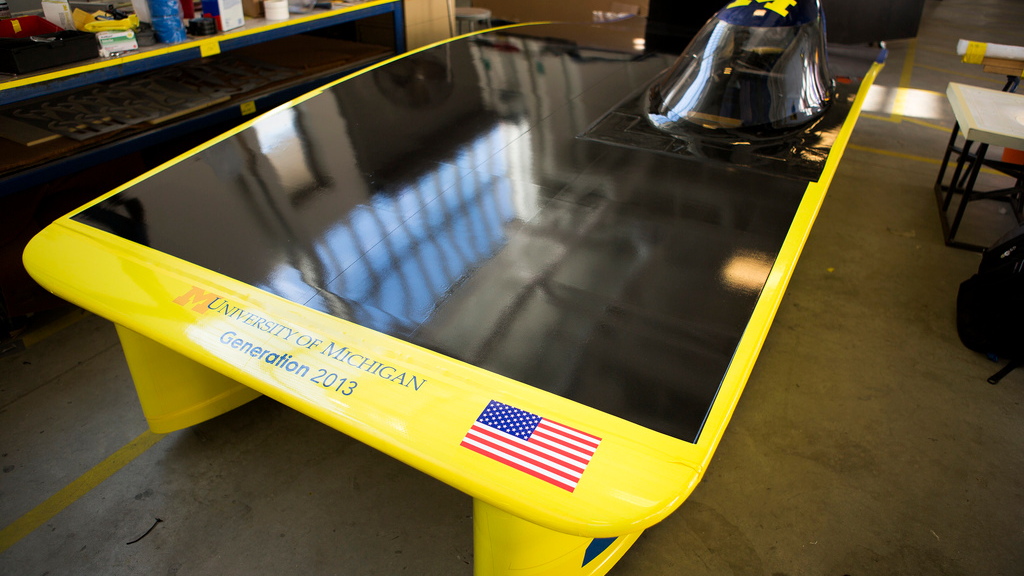 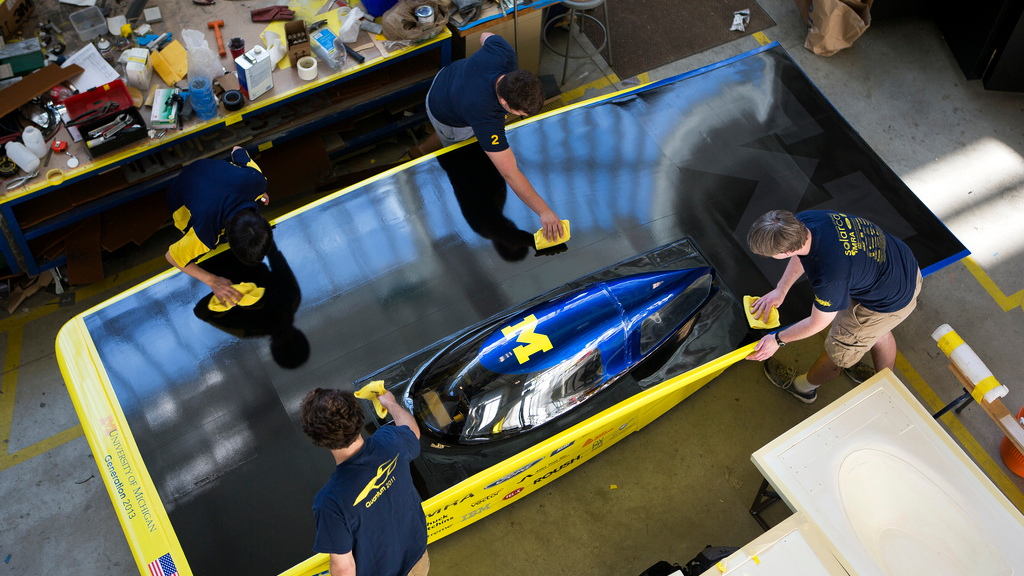 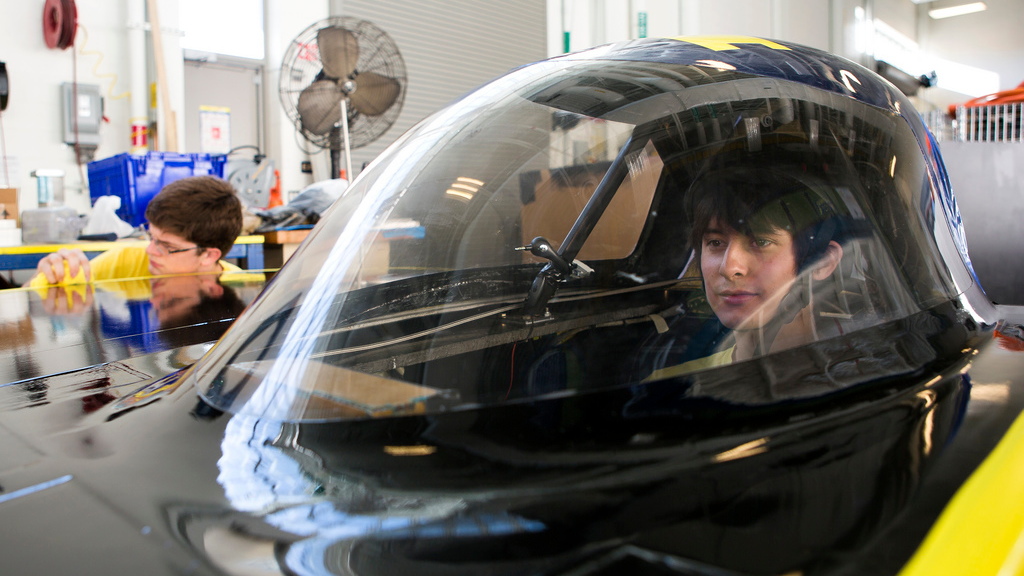 4
photos
If you want to know why road-going electric vehicles aren't powered by solar panels mounted on the roof, here's your answer.

Technically it's feasible, but you'd have to do without amenities, comfort, performance, or indeed a vehicle which doesn't look like an asymmetric air hockey table.

The air hockey table you see here is the University of Michigan's (U-M) entry into the 2013 World Solar Challenge--an 1,800-mile, week-long endurance race across the arid innards of the Australian subcontinent.

As well as energy efficiency from the huge slab of solar panels on the vehicle's surface, wind and tire resistance--and keeping them to a minimum--are of utmost importance.

In fact, contrary to initial expectations, it's why the U-M's entrant displays its strange, asymmetric shape.

The latest rule for World Solar Challenge entries has seen a fourth wheel added to the formula. Teams aren't allowed to run these wheels side-by-side, replicating a three-wheel design, so instead they run them in-line, like a regular car. But it does pose a challenge for where to put the driver--to minimize their effect on aerodynamic drag.

Previously, the driver's "butt bucket" (seriously, that's where the driver sits...) was in the same fairing as the front, individual wheel.

Putting the butt bucket in the middle of the car--the most logical place--would add another bump to the vehicle's slippery surface. So instead, the best option is to put the driver between one of the front and rear pairs of wheels. In this instance, the driver and two wheels are located within one fairing on one side of the car, and each wheel on the other side of the car has its own aerodynamic shroud.

Unusual it may seem, but it's a clever way around the problem, and to ensure the vehicle's weight is evenly distributed, the car's electronics and other systems are located on the other side, balancing out the weight.

UPDATE: As our reader Warren Eldberg points out, this is hardly a new design--have been used in the 1955 Bisiluro Damolnar Le Mans race car, among others.

There are other benefits, too: "The design also reduces shading of the solar cells by placing the canopy to the side", explains Eric Hausman, team project manager and senior in industrial and operations engineering at U-M.

While the team admits cars just like its entrant are unlikely to appear on our roads soon, U-M's links with relevant industries and companies (sponsors include GM, Ford, Qatar Airways and Siemens) mean lessons the team learns could have practical applications further down the line.

With five third-place finishes to its name--as well as seven North American solar challenge victories--U-M will be hoping it walks away with the top prize this year. We wish them the best of luck--and you can follow their progress on the team's website.

The World Solar Challenge runs from 6-13 October this year, from Darwin to Adelaide.