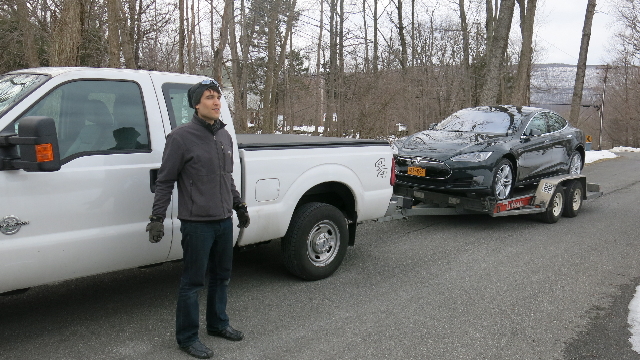 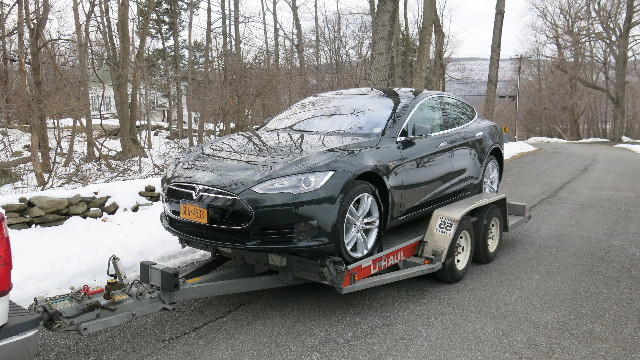 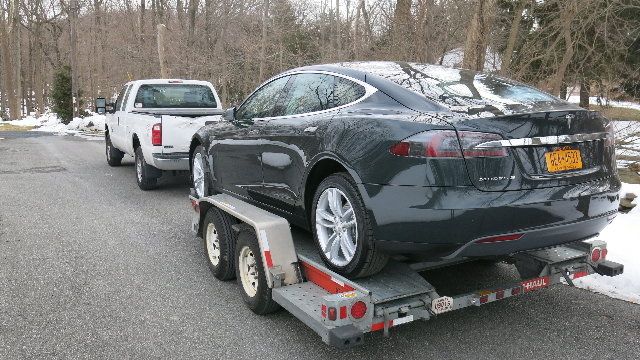 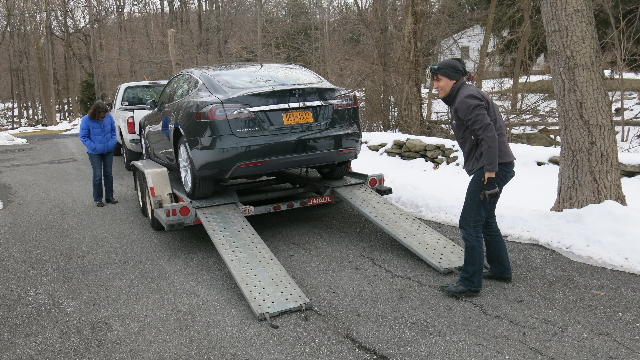 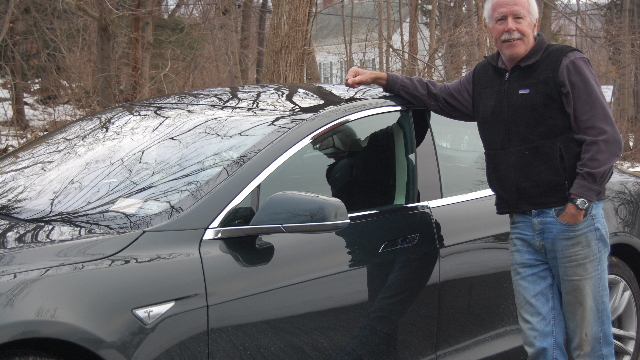 The Tesla Motors [NSDQ:TSLA] delivery rep who was bringing the car up from the New Jersey distribution center to my house in New York's Hudson Valley had called me from the road, to say he was going to be late.

The car hadn't yet gotten its New York state inspection, so he was stopping by the tire store, about three miles away from my home, to get the inspection and sticker for the Model S--sitting on a trailer behind his truck.

I sat in my kitchen twiddling my thumbs in frustration for about five minutes. Then I jumped into my Chevrolet Volt and raced over to the tire store.

I couldn't bear to wait any longer.

Trying to be realistic, I had steeled myself for a tinge of disappointment. After nearly four years of anticipation, hype, and acclaim, my expectations ran so high that it seemed no car could meet them.

"Get real, man," I cautioned myself. "It can't possibly live up to the hype."

My visceral reaction upon first seeing my Model S there in the tire store parking lot was a jolt of euphoria. The car was freaking gorgeous.

I'd seen many Model S cars in captivity, so to speak, at Tesla stores and events. But in the wild, surrounded by the mundane, everyday cars parked at a drab strip mall, the Tesla Model S radiated an extra presence, a feline grace and power. It was a cheetah among wildebeests and water buffaloes.

And it was mine.

I'd worried about my choice of color. Seeing swatches at a Tesla store and playing with the color selector on the Tesla website, I'd specified the metallic green without ever seeing an actual car in that color.

After its state inspection, the car was loaded back onto its trailer for the brief drive to my house. I followed in the Volt.

The Tesla rep, an outgoing young fellow who'd given up a successful Broadway acting career to join the Tesla team, rolled it off the trailer and began the exhaustive briefing that every owner gets before the final handover.

That was when I learned two unexpected pieces of good news.

First, my car included electrically adjusted and heated seats, which I hadn't known came with the leather interior option. Second, the car had  Internet connectivity, despite the fact that I hadn't ordered the optional high-tech package.

This was turning into a very good day indeed.

My first solo spin was a five-minute drive to the local high school to pick up my daughter. She was impressed, but I'm not sure her friend noticed.

The second outing was to show off my Tesla to my buddy Chris, a fellow e-car enthusiast.

Pulling onto a local two-lane road with a 40-mph speed limit, I floored it briefly. We both giggled uncontrollably as the car shot silently ahead, touching 70 mph within three or four heartbeats before I quickly backed off.

Too late. I saw flashing red lights in the rear-view mirror.

Damnit. He must be after somebody else. I was only over the speed limit for a few seconds.

How could this be happening?

It was happening. A local town cop happened to be parked precisely where I began my acceleration run.

"Sir, do you know how fast you were going?"

He took my license and disappeared into the police cruiser for a very long time.

When he came back, he said sternly, "Sir, I'm going to cut you a break this time. But from now on, don't use the public roads to test out your car."

And he handed me back my license.

Yes, it was a very good day--hopefully the first of many with my Tesla Model S.