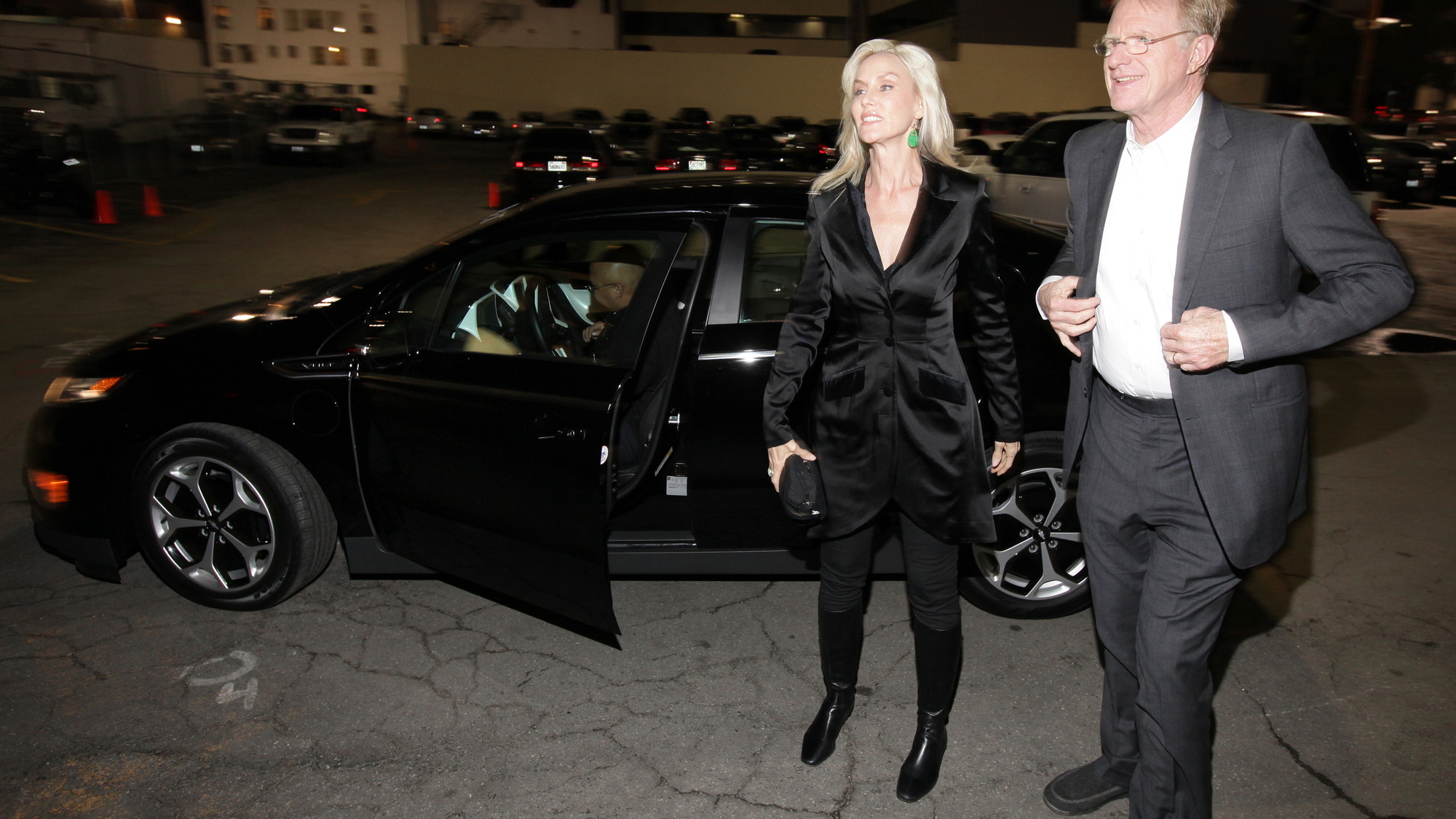 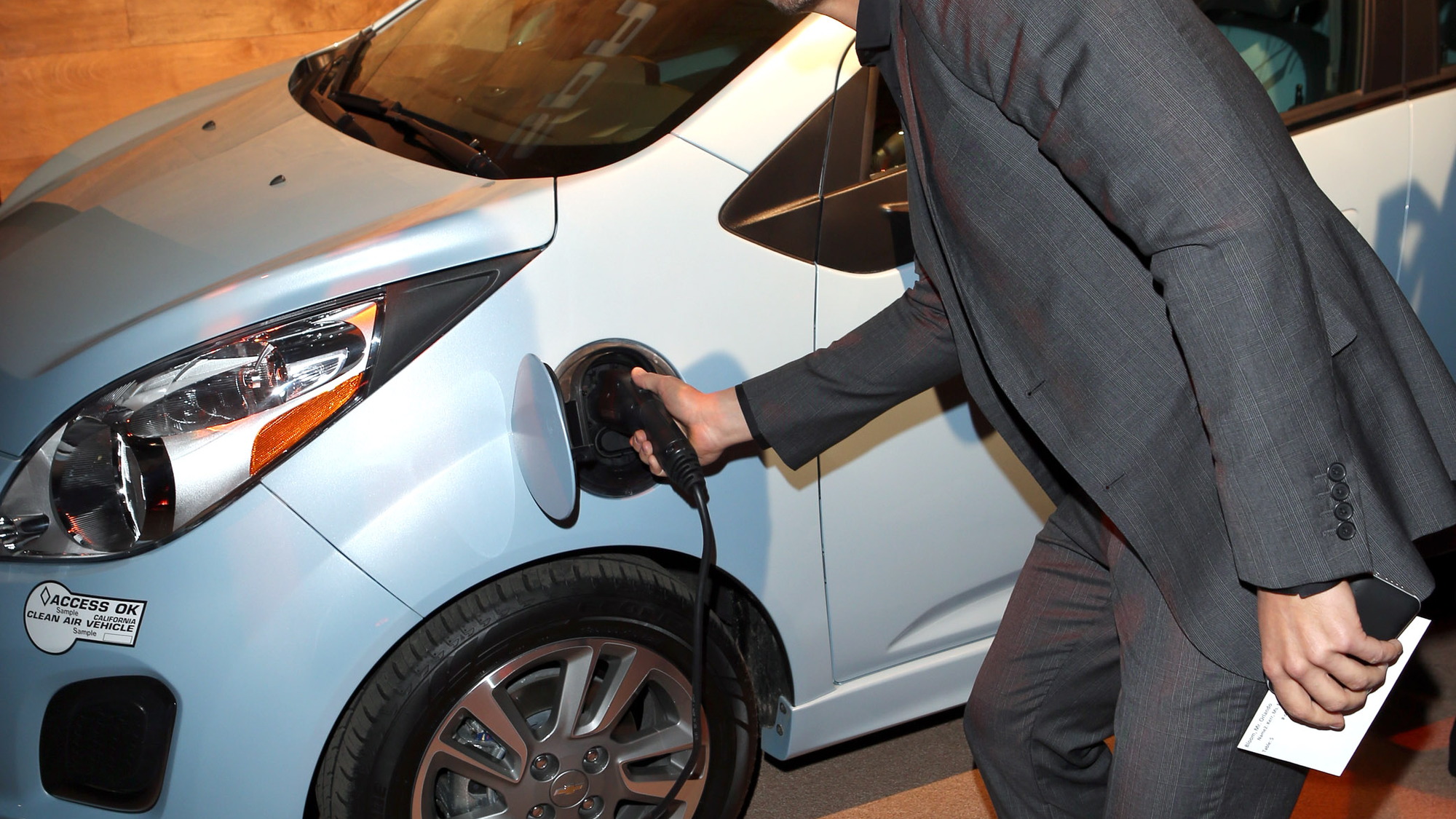 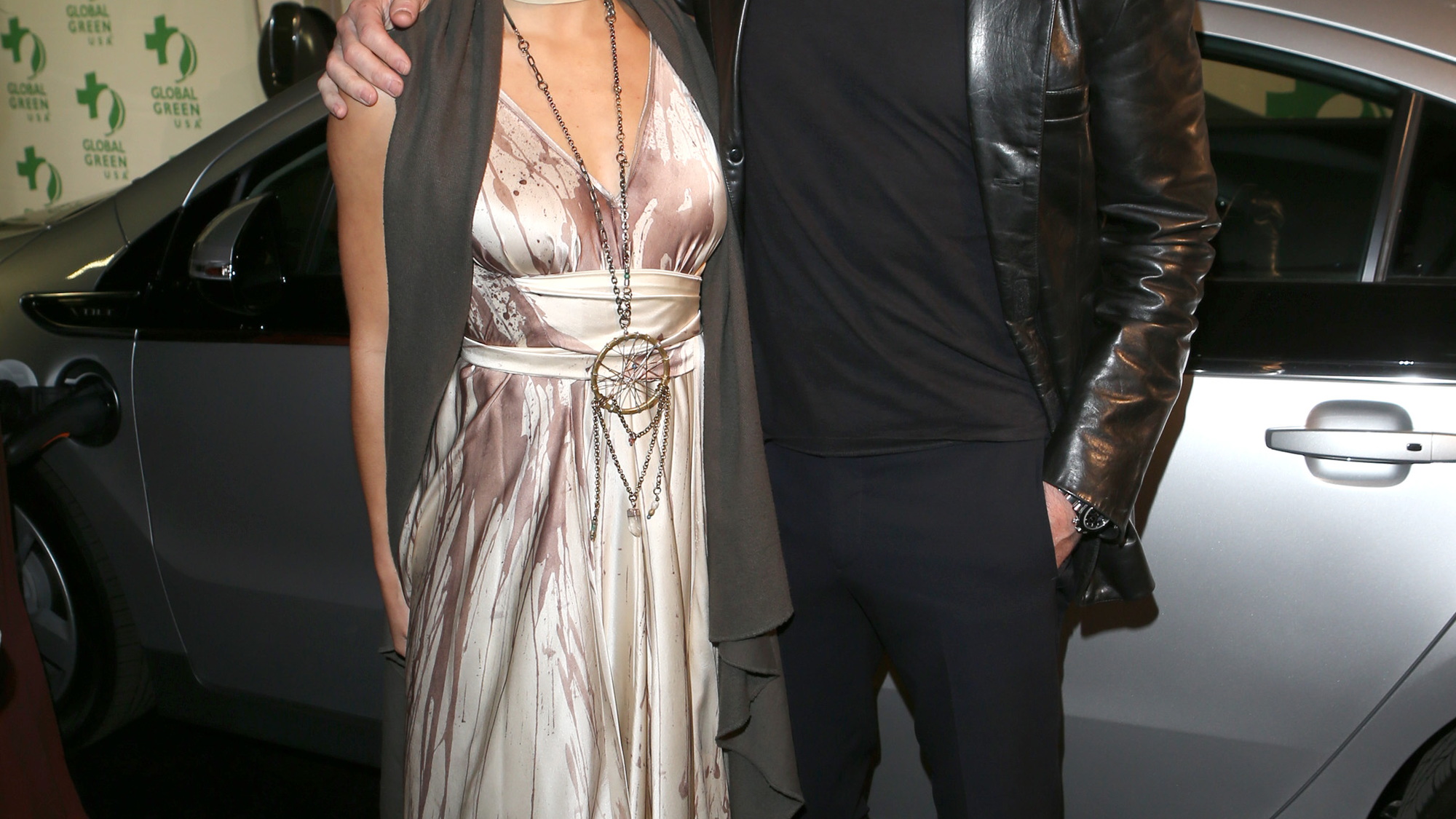 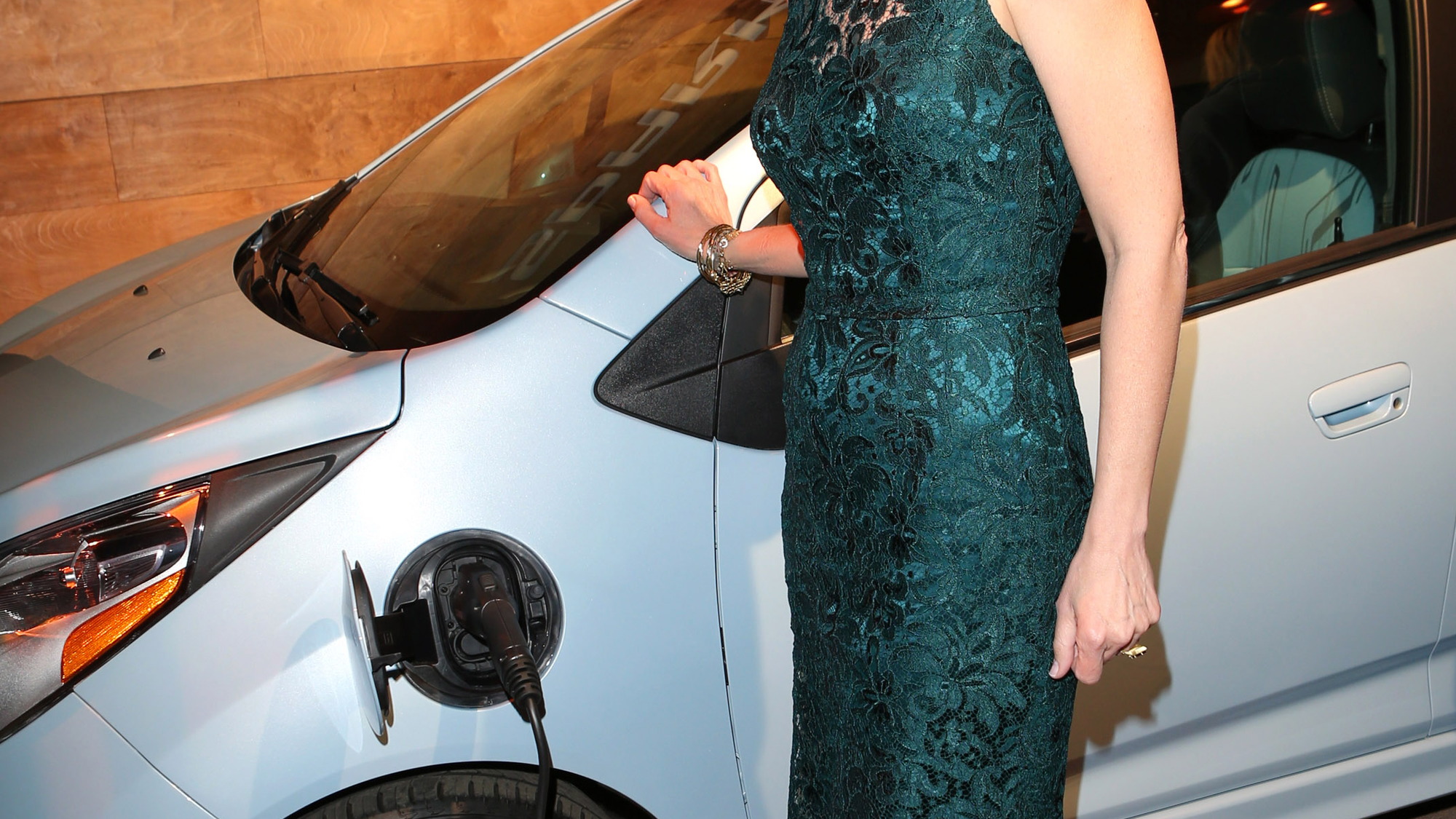 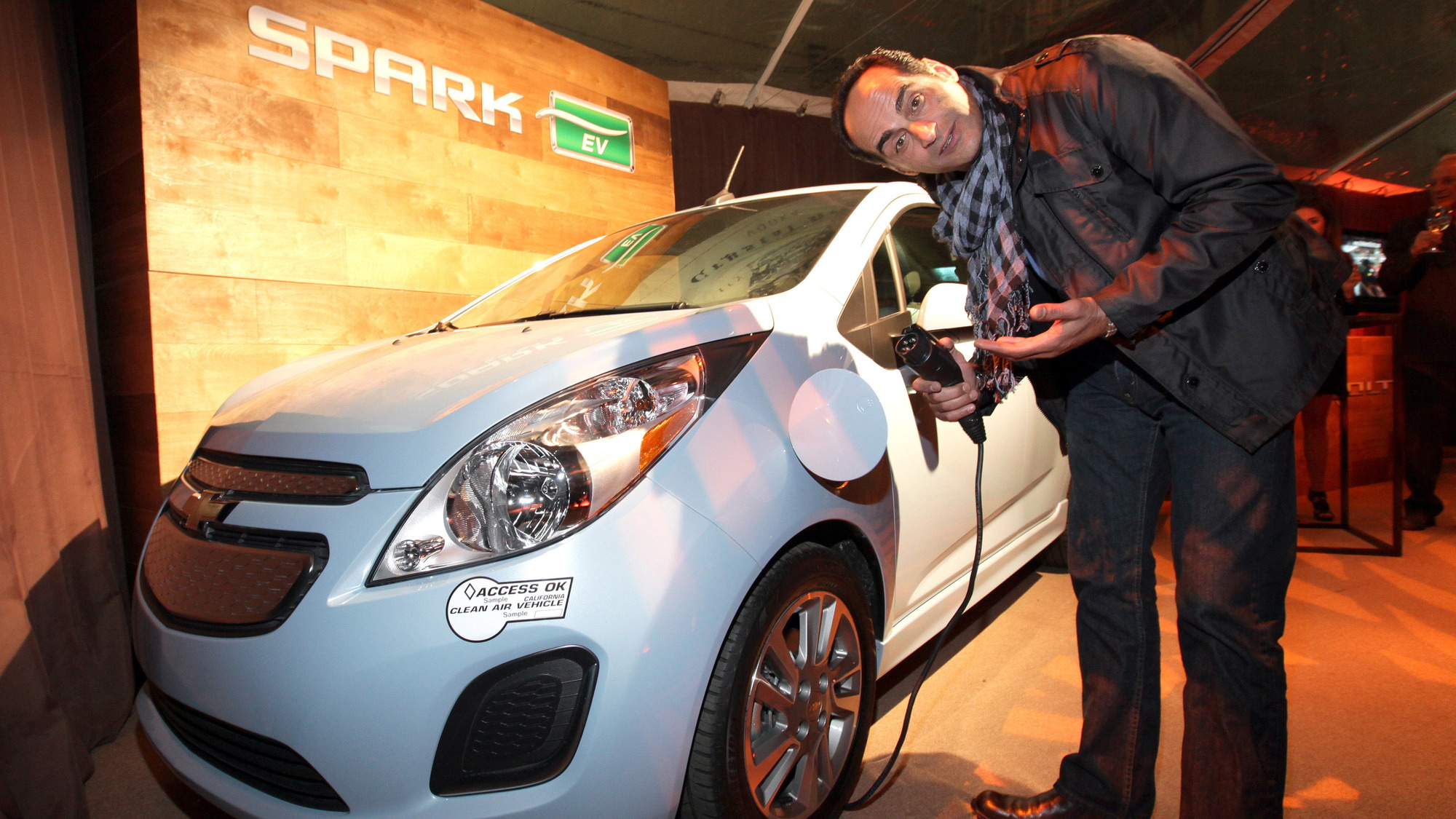 7
photos
Stars and green cars are nothing new--several have admitted to owning Toyota Prius in the past, while others have been spotted in Tesla Roadsters or Fisker Karmas.

This year, the focus was on building greener, more resilient homes, schools, and communities in areas devastated by last year's Hurricane Sandy.

Among the throng of stars seen on the green carpet at Wednesday's Hollywood party were Orlando Bloom, Helen Hunt, Luke Perry and Willie Nelson.

The Volt has been GM's first true foray into electric vehicles since it crushed the original EV1 prototypes back in the 1990s, and sales have steadily increased as more customers realize the benefits of the range-extended electric vehicle. More than 23,000 were sold last year in the U.S, three times that of 2011.

By contrast, the Chevy Spark EV is new to the market, and uses a full battery-electric drivetrain. It offers 130 horsepower and 400 lb-ft of torque, so Chevy hasn't gone easy on the performance.

Another Voltec-powered vehicle will soon join the GM portfolio too, the Volt-powered Cadillac ELR. You can bet a few celebrities will turn up in one of those next year...