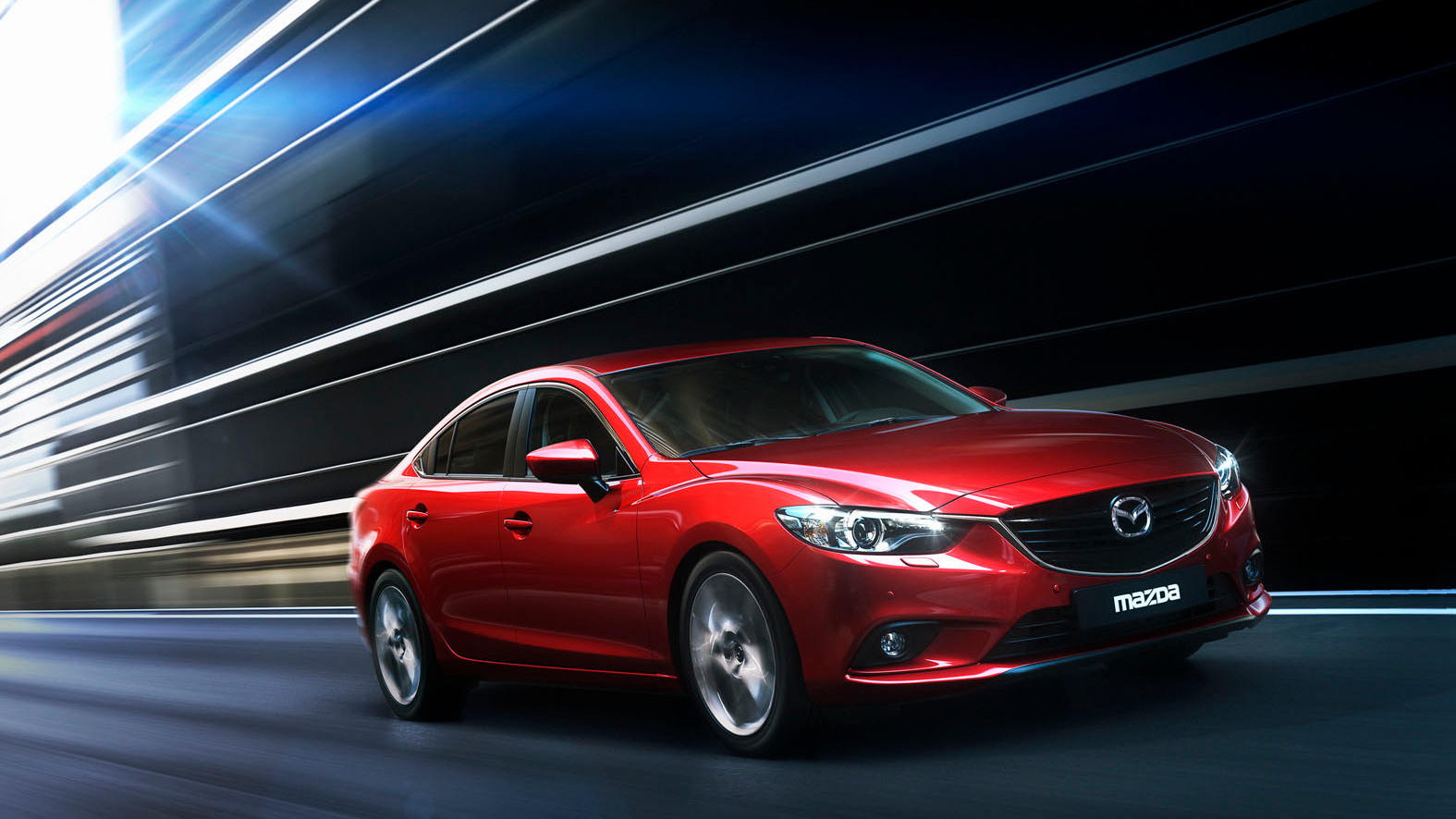 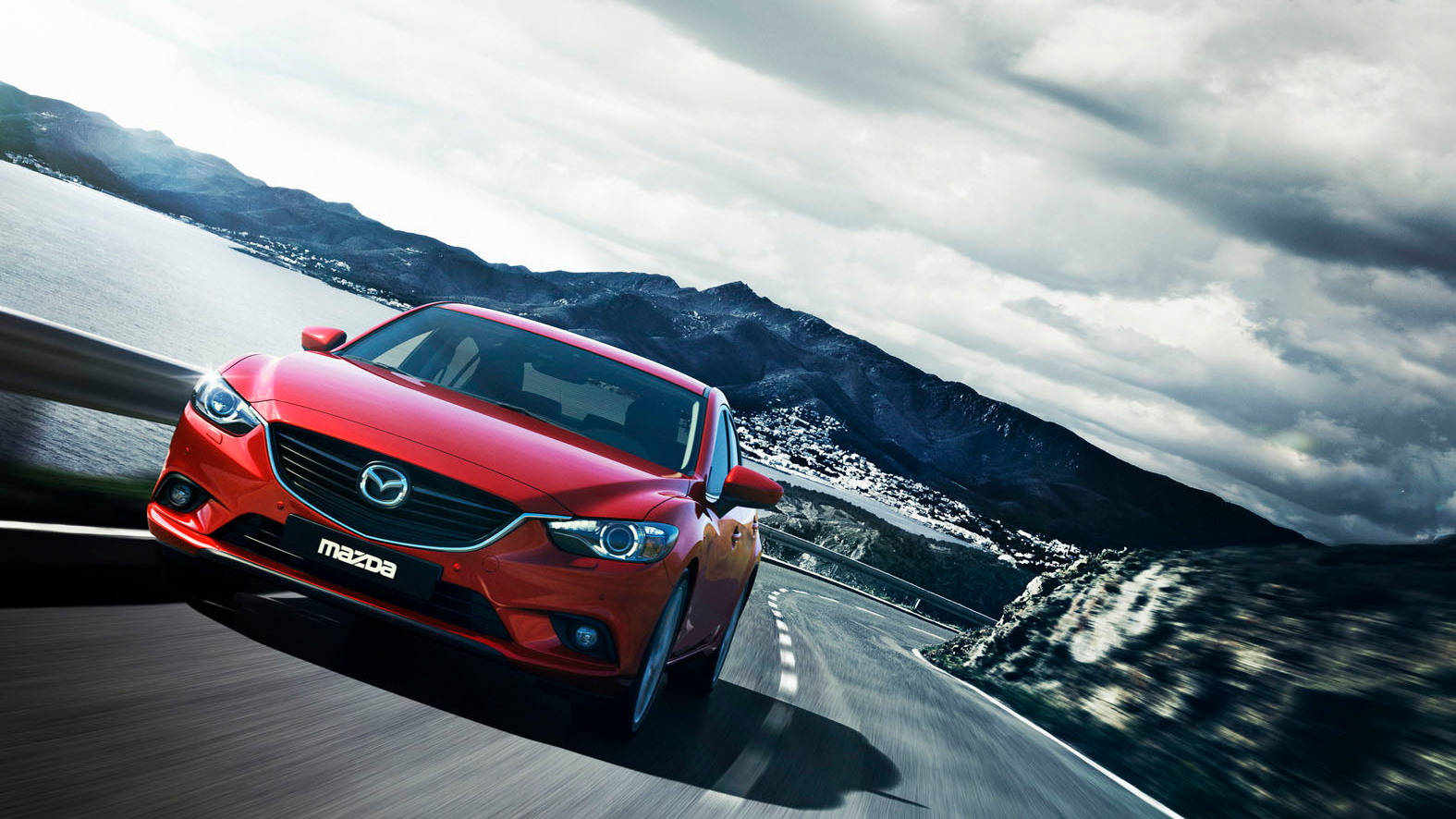 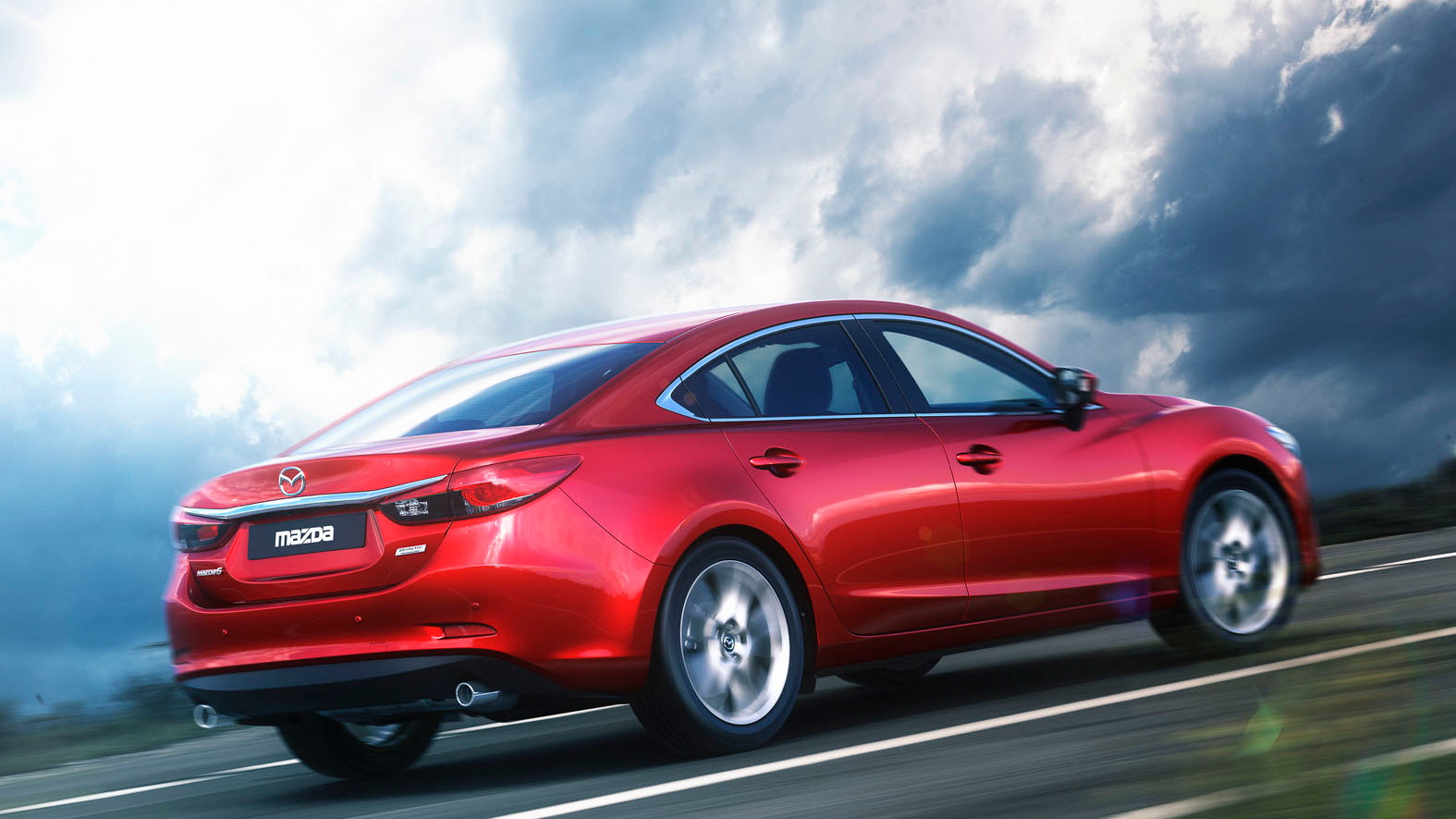 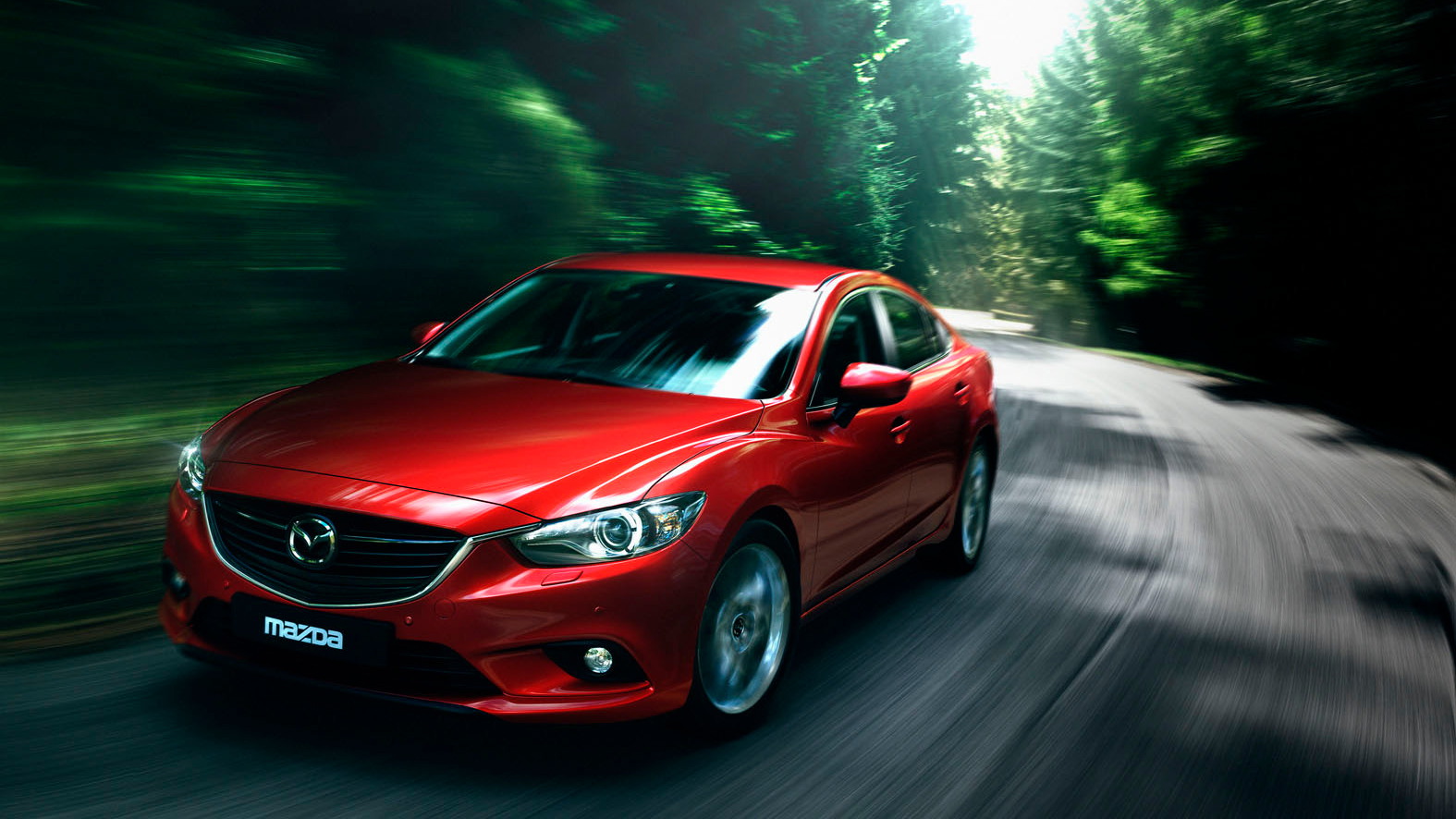 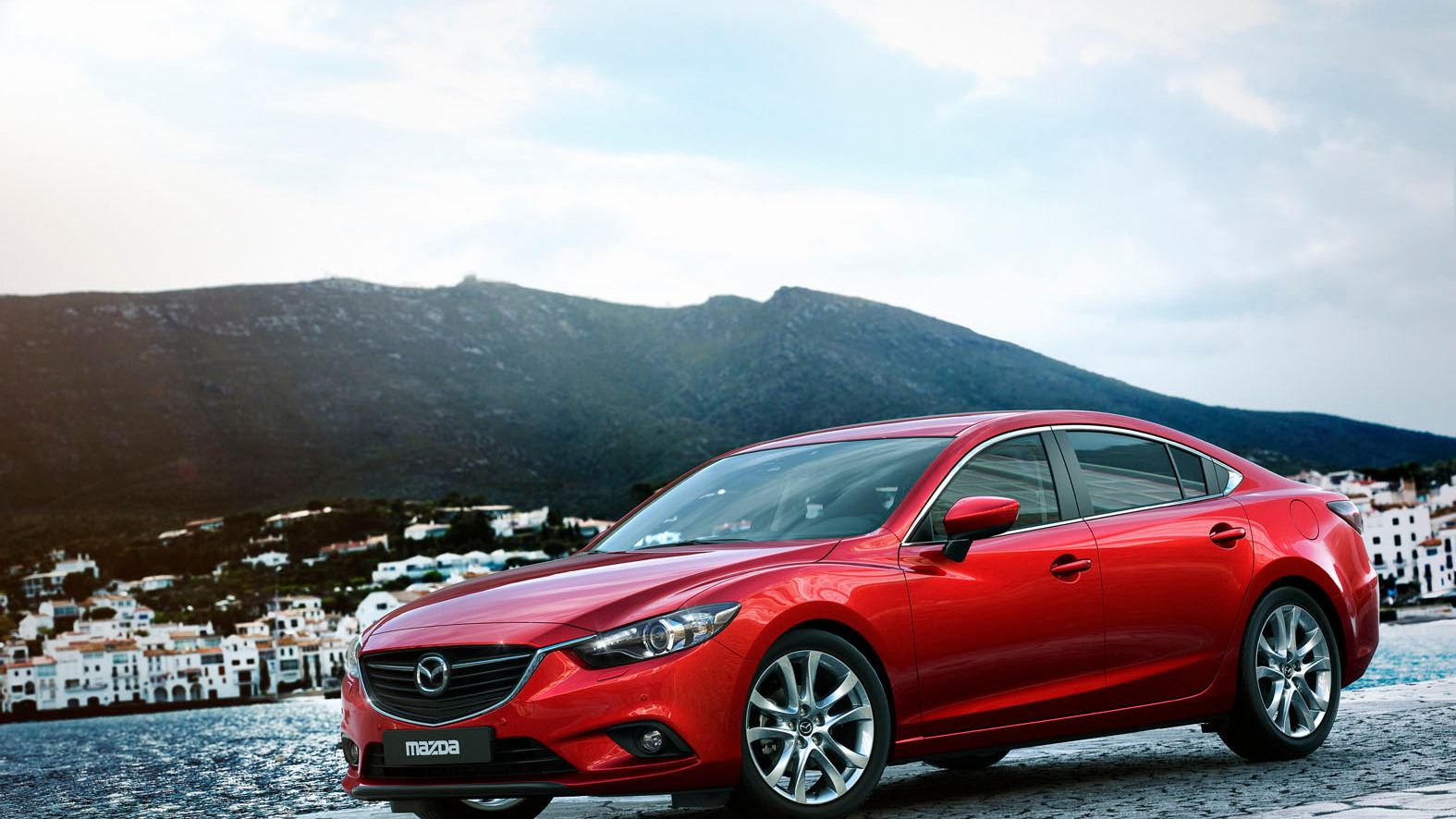 The striking-looking sedan will start from $20,880, not including Mazda's $795 destination charge ($840 in Alaska), title, taxes, license and other fees.

That figure gets you the entry-level i Sport, equipped with Mazda's SKYACTIV-G 2.5-liter gasoline engine, and the SKYACTIV-MT manual transmission.

In this format, official EPA fuel consumption reaches 25 mpg city and 37 highway, for a combined figure of 29 mpg. The engine produces a useful 184 horsepower and 185 pounds-feet of torque at 3,250 rpm.

Economy improves further with the SKYACTIV-Drive automatic transmission. With six speeds to shuffle between, it achieves an EPA-rated 26 mpg city, 38 mpg highway, and 30 mpg combined.

That's enough to put it ahead of similarly-engined rivals such as the 2013 Toyota Camry 2.5 and 2013 Ford Fusion 2.5, though a fair way behind the more expensive hybrid models from each rival.

Opt for mid-level i Touring trim (from $24,495 excluding fees) and 19-inch wheels join the party. With the auto transmission, leatherette trimmed sport seats and a six-way power-adjustable driver's seat are also included.

The Touring Technology package adds another $2,000 and plenty of equipment, including an 11-speaker BOSE stereo system, automatic electric everything and Smart City Brake Support, while top-end i Grand Touring trim ($29,495) includes all that, plus glitzier alloy wheels, a power moonroof bi-xenon headlamps, a lip spoiler and leather heated seats. Paddle shifters for the SKYACTIV-Drive transmission are also included.

If 38 mpg highway isn't quite enough for you, then the 2.2 SKYACTIV-D diesel available later in the year may float your boat instead.

Full specifications are yet to be revealed, but excellent gas mileage is a given. Combined MPG on the European cycle is 57 mpg. Subtract the usual 15-20 percent discrepancy and an EPA combined rating of 45-46 mpg might not be out of the question...