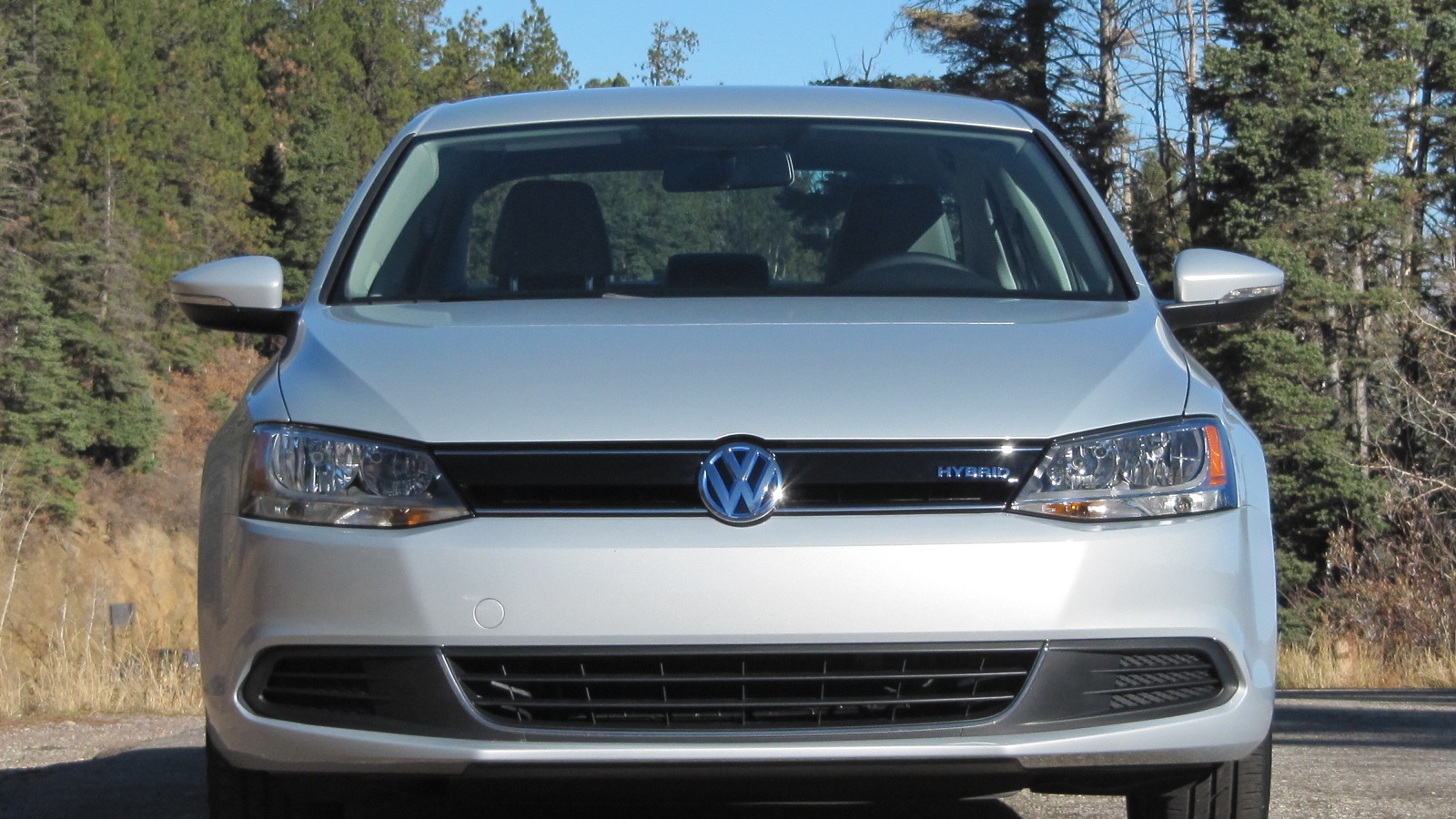 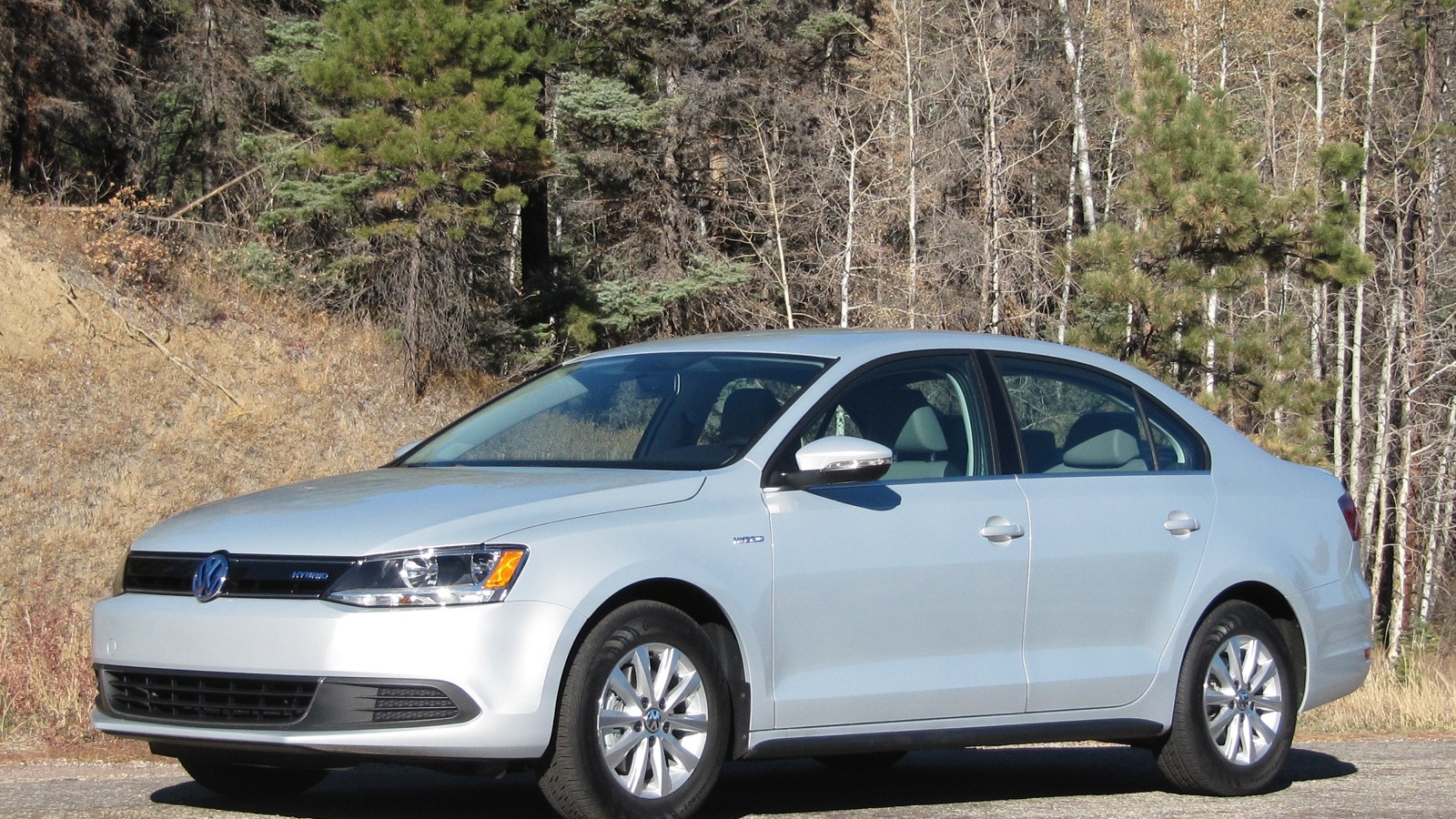 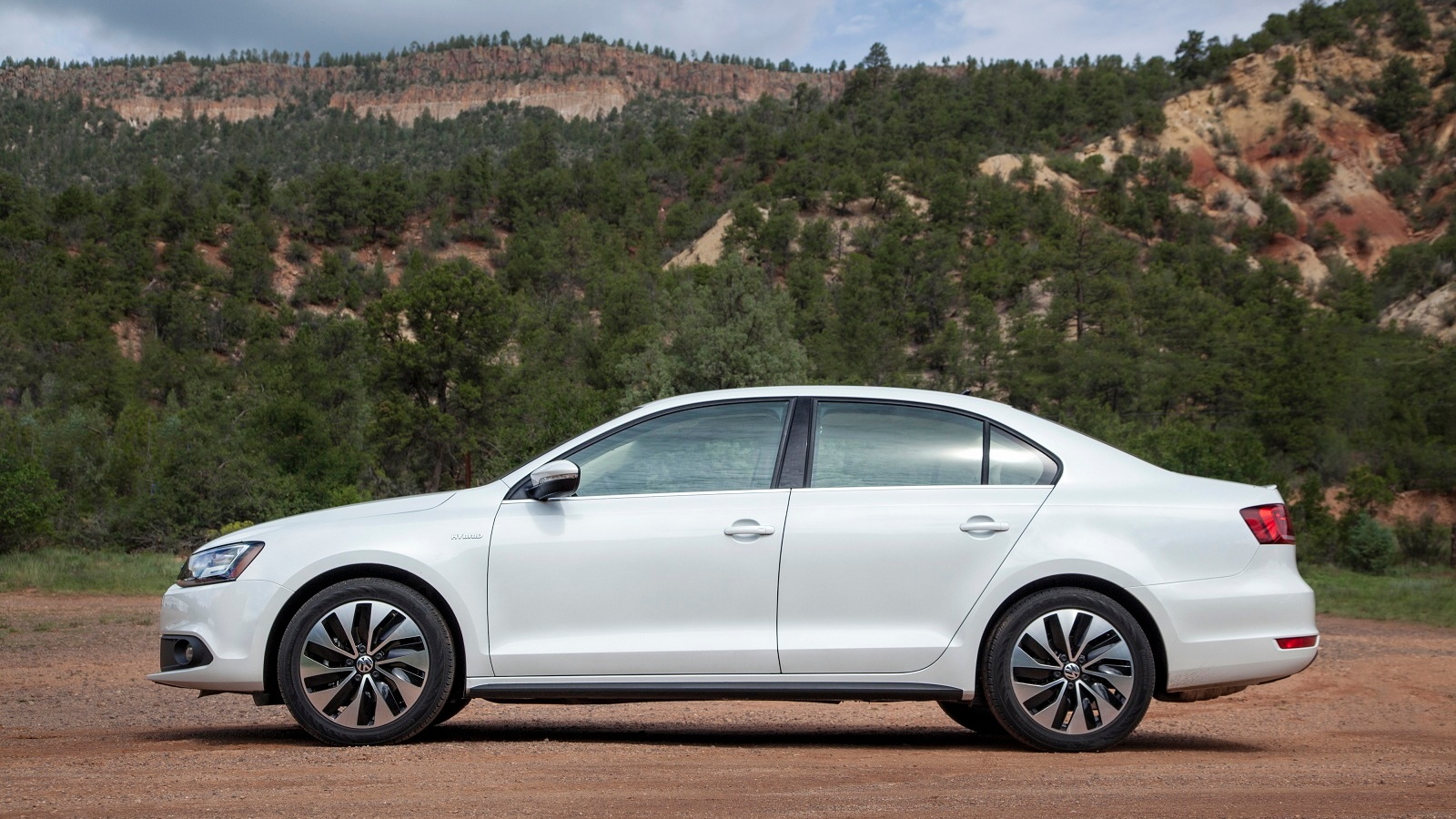 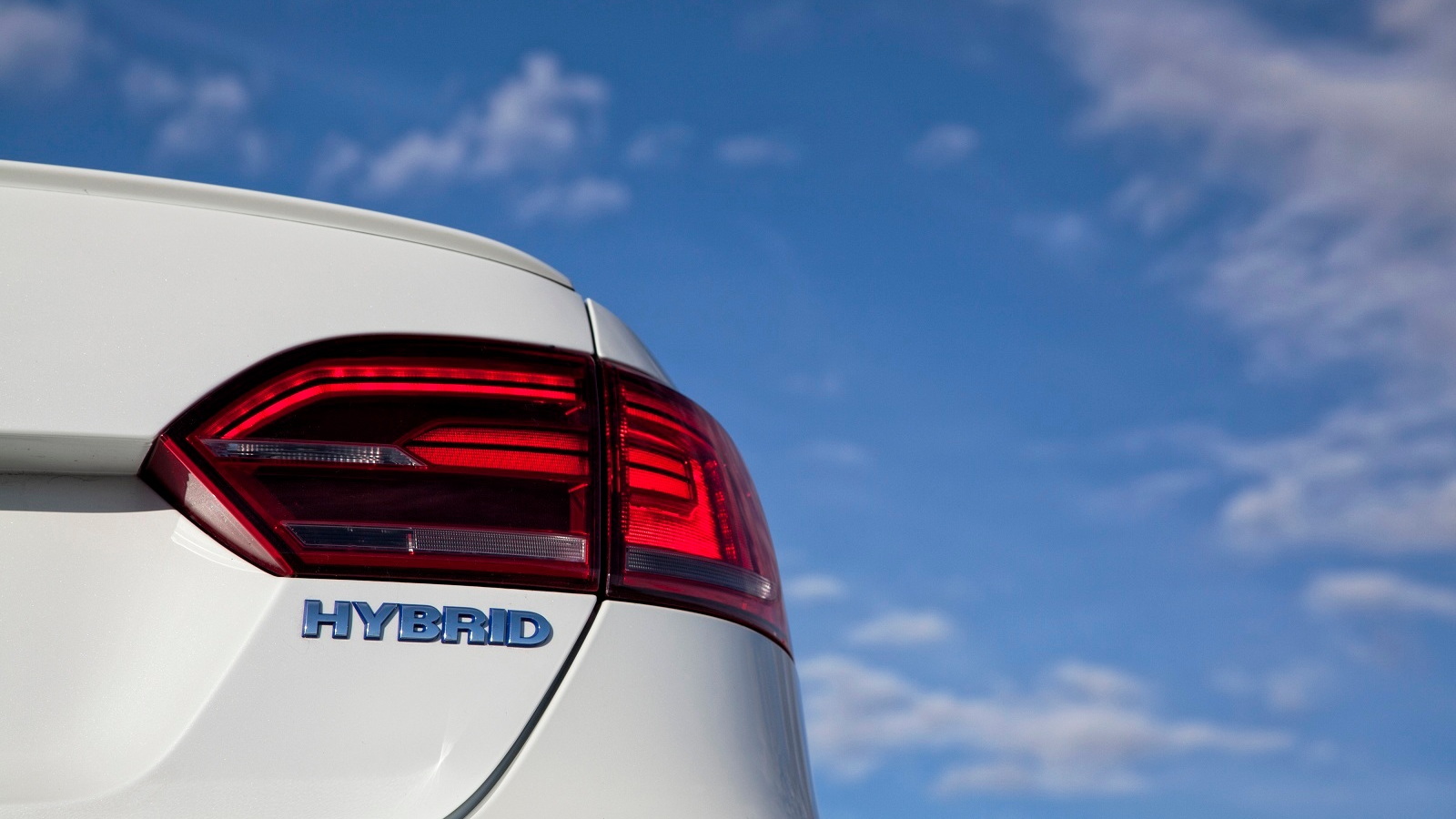 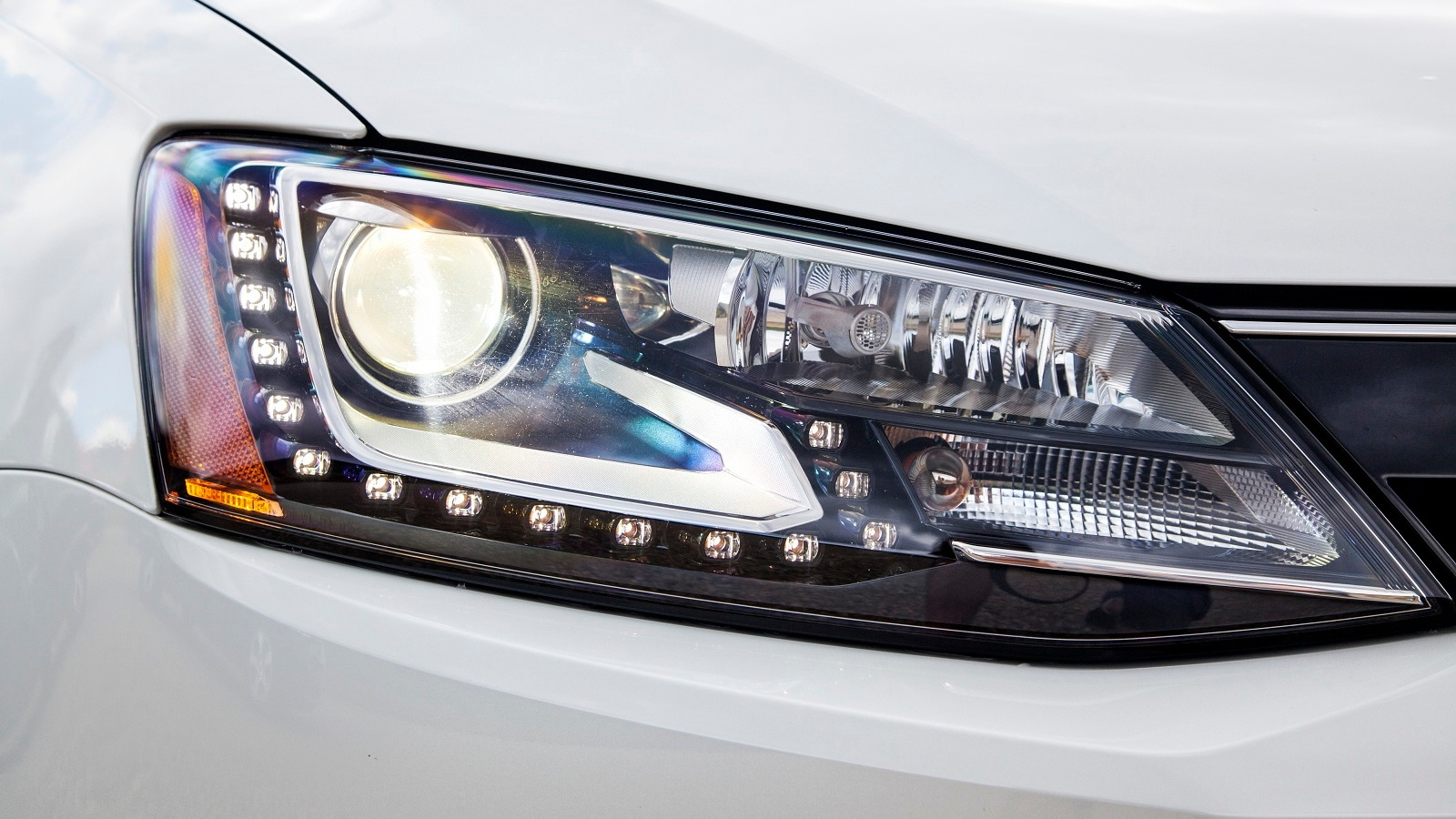 14
photos
No longer is Volkswagen's Jetta sedan all about diesel engines--it's the hybrid which now wears that car's high-mileage crown.

German dealers have just started taking orders for the car, and American dealers should also now be taking deposits, with the Hybrid set to arrive in U.S. dealers in the last week of December.

With an EPA-rated 45 mpg combined, the 2013 Volkswagen Jetta Hybrid offers comfortably better gas mileage than the diesel, at 34 combined. Even the diesel's strongest suit, highway economy, is 6 mpg below that of the 48 mpg hybrid.

Volkswagen has been careful to ensure the Jetta offers competitive performance, too.

While you won't be reaching the same speeds as VW's Bonneville racer, the 1.4-liter, turbocharged, hybrid-assisted Jetta offers 148-horsepower and 184 lbs-ft of torque. It's enough to get you to 60 mph in a respectable 9 seconds.

In EV mode, drivers will get around 1.3 miles of running, and be able to reach speeds of around 44 mph before the engine cuts in. The car can also decouple and turn off the engine completely, to "sail" at speeds under 84 mph.

Volkswagen spokesman Mark Gillies confirmed that the first Jetta Hybrids would be arriving in dealers from the end of December, and the first few weeks in January--so dealers should now be taking deposits for interested customers.

The Jetta Hybrid is one of the finalists for Green Car Reports' Best Car To Buy 2013--click on the link to find out more.