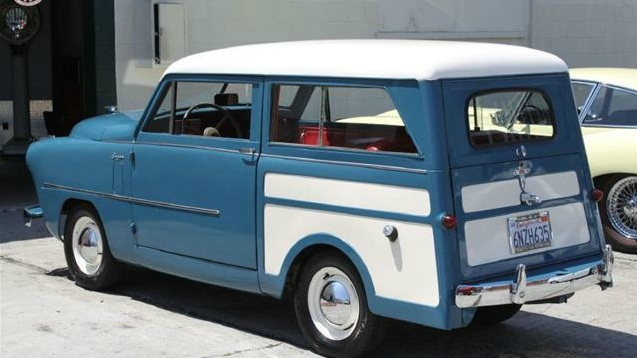 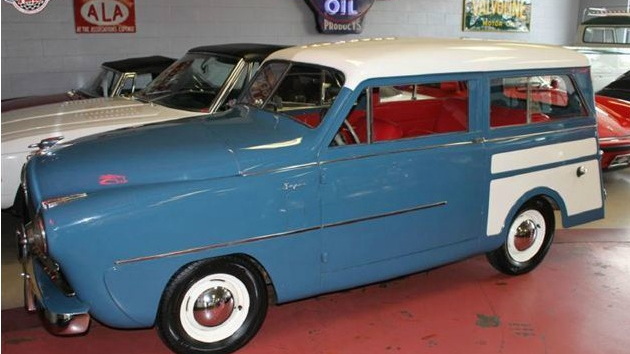 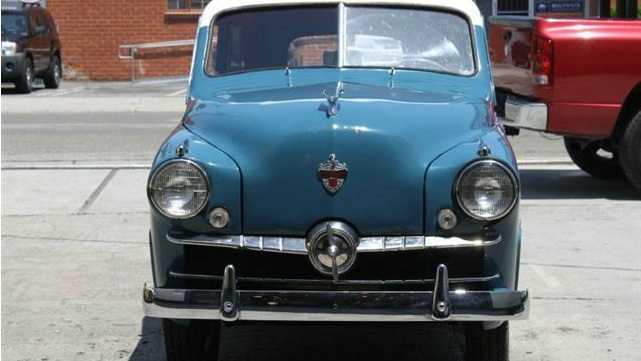 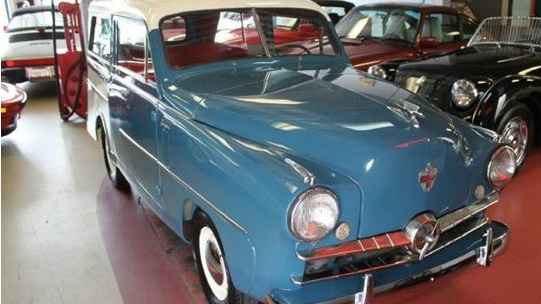 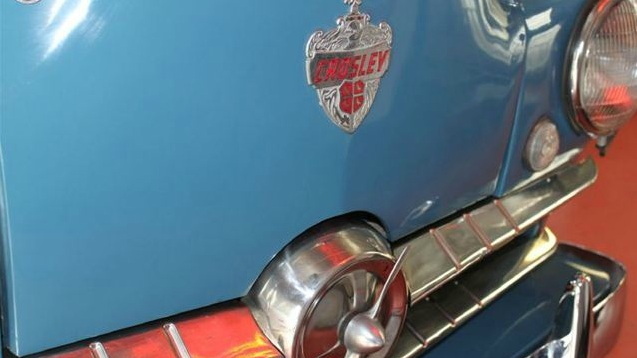 Being an antique auto historian and appraiser is the greatest job I've ever had. I get to drive all sorts of cars that I've admired from afar, but never actually had a chance to drive before.

I've always gotten a kick out of the little, economical Crosley cars built between 1939 and 1952.

Cincinnati industrialist Powel Crosley Jr., made his fortune in radios and appliances. By the late 1930s, he owned both the Crosley Broadcasting Corp. and the Cincinnati Reds baseball team.

His ambitious plan was to build a small, inexpensive, and economical car here in the States. In May 1939, the new company showed its first car at the Indianapolis Speedway: a 4-place convertible that weighed in at less than 1,000 pounds, and sold for $250.

Enlisting the assistance of his brother Lewis, an engineer, Crosley developed assembly plants in both Richmond and Marion, Indiana. He offered sedans, convertibles, and a station wagon too. Over 14 years, Crosley sold 24,871 of these little cars.

Crosleys quickly became the gas mileage champs of their day. In the days before EPA gas-mileage ratings--heck, in the days before protection of the environment was even a concept--the Mobilgas Economy Run was the gold standard for comparing fuel efficiency among cars.

The Mobilgas Run was an on-the-road competition between Los Angeles and the Grand Canyon that tested the gas mileage of cars under the typical driving conditions encountered by average motorists--a far cry from today's EPA tests, which use a standard test cycle on a "rolling road" dynamometer in a laboratory.

In the 1951 Mobilgas run, Crosley posted fuel economy of 35 to 50 mpg, at least twice the gas mileage of most other American cars.

I recently got a chance to drive a 1951 Crosley wagon for a client in Wisconsin, who had found the car for sale at Chequered Flag International in Marina del Rey, California.

Little is known about the car's history, but it appears to be a fairly original car that was restored "as needed" over the years. It is very solid original condition with a nice (but not Concours quality) paint job, a new interior and sorted mechanicals.

The original blue paint is still there in the interior, under the hood, and behind the upholstery panels and carpets--although my memory has the original cars fitted with more Spartan rubber mats.

Because this wagon is the upmarket Super model, it features a few whimsical touches. The little car has a luxury-car-sized hood ornament, along with a little propeller that rides proudly on the bullet-like central grille element.

Sliding behind the wheel, it amazes me how much room this little car has inside. My only concern was that there was barely enough room between the fully extended clutch pedal and the steering wheel for my leg. But an owner could remedy that by moving the seat back a few inches to change the angle of attack.

Turn the key, press the button, and and the little car clatters to life. The manual choke needs to be pulled out for the first few minutes, until the little 750cc overhead-cam engine warms up and quiets down.

The engine growled like a sports car through its pea-shooter diameter exhaust pipe. That deluded me into thinking that the little wagon might have a sporting side. After all, engines built by Crosley were used in sports racing specials from many European companies, including Bandini, Moretti and Siata.

But no such luck.

The Crosley was virtually no torque--and a transmission that felt agricultural, at best. The first-gear ratio was very high, the throw of the lever went from my hip to the dashboard, and the synchromeshes must have been the laziest ones on the planet.

After a trip around the block to get acclimated,  I found the sweet spot for engine RPMs, and was able to shift with a minimum of fishing for the gate or gear grinding.

I have to say, however, that this is a car that requires complete concentration, especially in urban traffic, compared to modern small cars with their automatic transmissions, power steering and disc brakes.

Was it entertaining?  You bet!

The little Crosley wagon is one of those cars that elicits smiles from the driver, passengers, and bystanders alike. And mastering the quirky controls produces a great feeling of accomplishment, once less concentration is needed to drive the car smoothly.

By 1951, a Crosley wagon was becoming a rare car. Sales began to slip in 1949, and even after adding a Crosley Hotshot roadster and a Jeep-like vehicle called the Farm-O-Road in 1950, new products weren't able to stop the firm's decline.

In 1952, just 1,522 Crosley vehicles were sold, and production ceased in early July. The factory was sold to General Tire & Rubber.

A plan to sell the Crosley auto division to Nash failed to materialize when Nash merged instead with Hudson in 1954. Crosley's clever little engine lived on until the early 1970s as an industrial and marine powerplant.

The Crosley was a car for the postwar motorhead, but it can also be viewed as one of the reasons that small cars did not have much appeal to the drivers of the time.

As Americans were discovering the wonders of automatic transmissions, power steering, and power brakes, with gas at less than 20 cents a gallon,  the Crosley was a car that provided prewar motoring in miniature and great gas mileage.

The package brought smiles then, and it still does today.

But it's much easier to be fuel-efficient today than it was back then.

Author Rick Feibusch is an automotive journalist, historian, and classic-car appraiser living in Venice, California. He has been active in the car business and vintage car hobby for more than 50 years. He last wrote for High Gear Media about the Nic-L-Silver Battery Co. Pioneer, a vanished 1950s electric car.

He has done everything from writing and editing for websites and magazines, organizing major marque clubs, and promoting large auto events to restoring and collecting vintage cars. He also sold Toyotas when they were new to America. Today, Feibusch primarily does appraisals for antique, classic and sports cars as well as hot rods and motorcycles. You can find more of his writings here.