When Coda Automotive started production and sales of its 2012 Sedan earlier this year, it ended years of doubt and confusion about the firm’s abilities to bring a highway-capable electric car to market.

According to The Detroit News, Murtaugh promised the new car, developed in collaboration with Chinese firm Great Wall Motors, would be the ”most affordable EV on the market, comparable to entry-level internal combustion engine vehicles.”

Murtaugh was light on details, but did disclose that the new Coda electric car would be based on an existing car made by Great Wall Motors.

Sadly, there are no details on specification either, but we’d assume a range of between 80 and 100 miles would be needed as an absolute minimum.

As for price? We’re not sure quite what Coda deems “affordable”, but in order to compete with entry-level gasoline cars we think it would need to sell at a price of between $10,000 and $15,000.

No DoE = cars built in China

Just under a month ago, the Coda revealed plans it had to build a lithium-ion battery fabrication plant in Columbus, Ohio had been cancelled following difficulty obtaining a concrete low-interest loan guarantee from the U.S. Department of Energy under its Advanced Technology Vehicle Manufacturing Program.

At yesterday’s press conference, Coda confirmed that it has officially withdrawn its application for DoE ATVM loans. 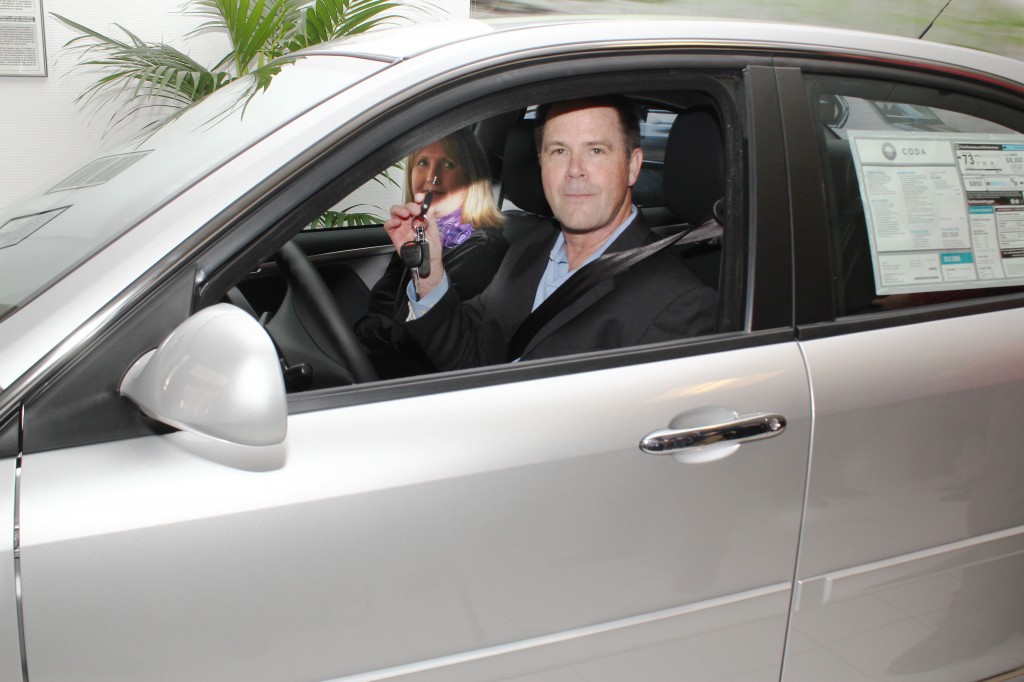 Without DoE assistance, Coda is no-longer required to build its cars in the U.S., meaning its second model will most-likely be assembled at a Great Wall Motors factory in China and finished in the U.S., much like the current Coda Sedan.

A long way to go

Although it’s good to see Coda planning a future model to sell alongside its 88-mile sedan, initial sales figures of the $37,250 car have been disappointing.

Unlike Nissan and Chevrolet, Coda hasn’t disclosed how many of its cars have been sold to date, but during Tuesday’s announcement Murtaugh admitted that sales were “a low number.”

We’re glad to see Coda moving forward and making future plans that do not rely on U.S. DoE loan guarantees.

Given Coda’s past record for missing deadlines and changing specifications however, we have to remain at least a little skeptical that its second electric car won’t be exactly what Coda currently envisages it will be.