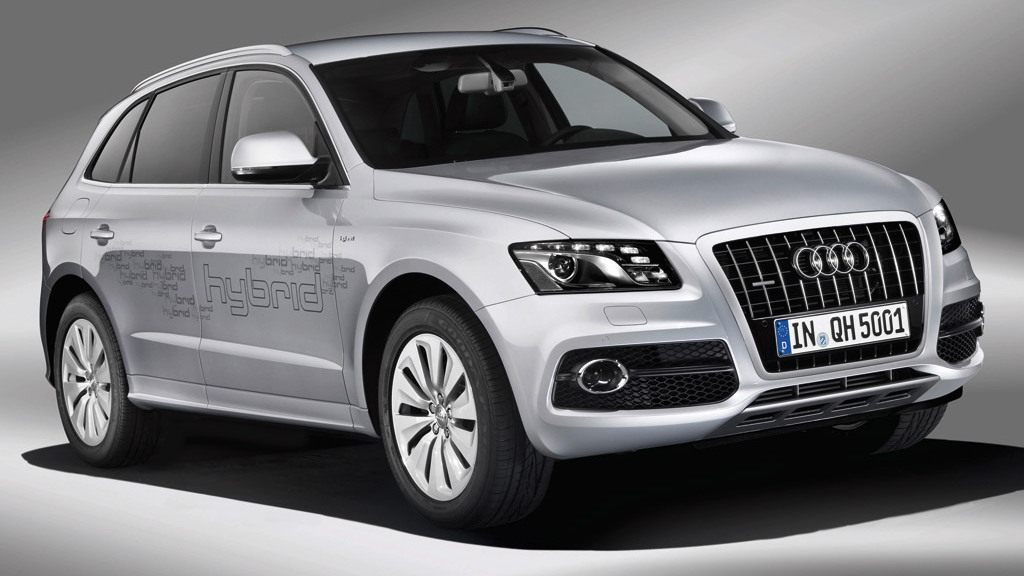 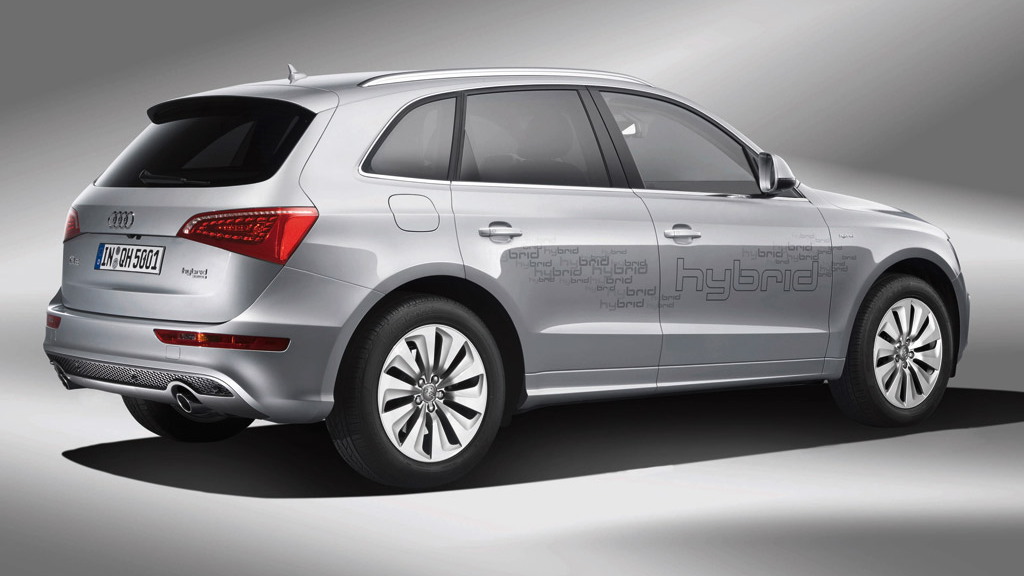 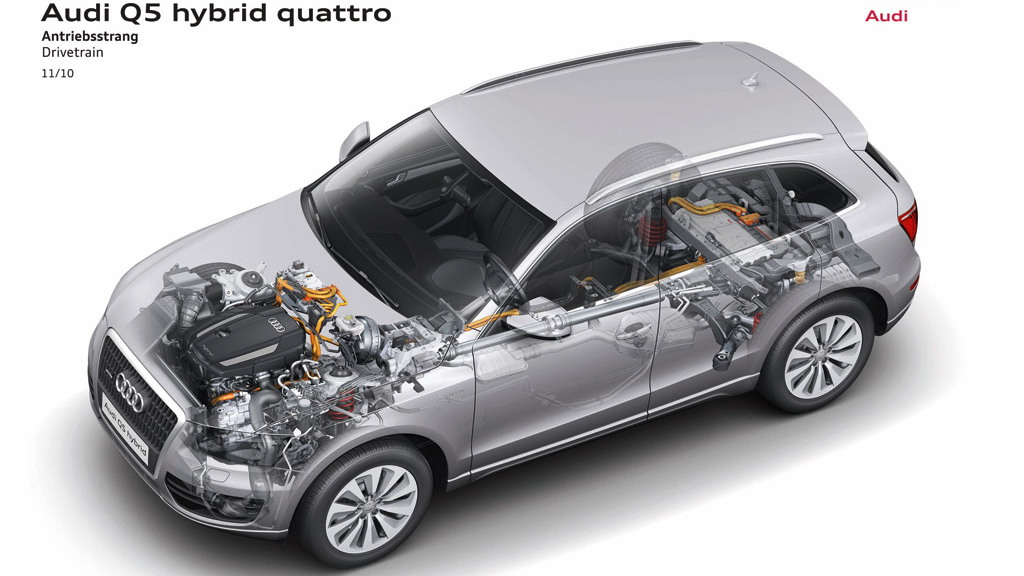 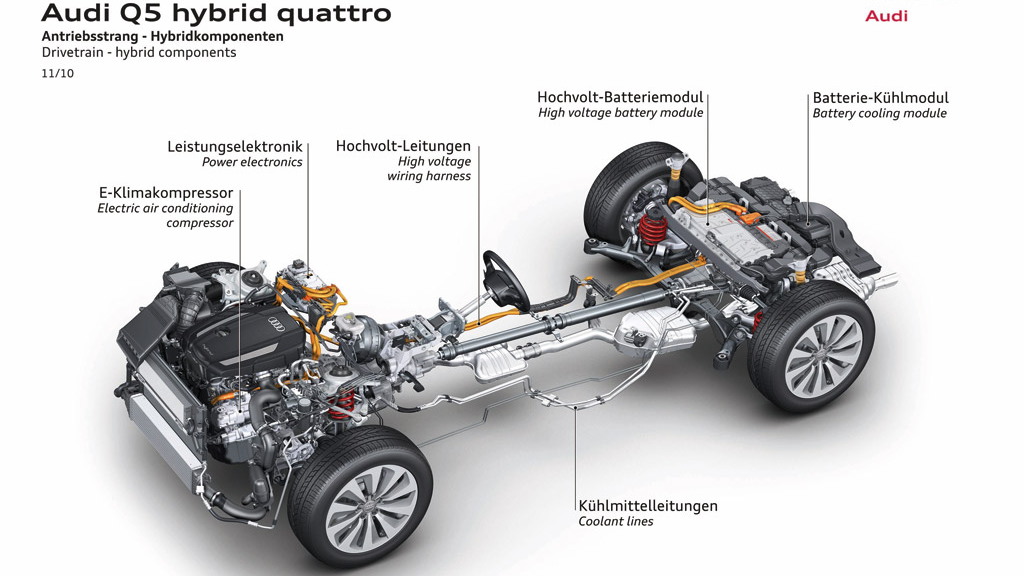 8
photos
Audi’s Q5 Hybrid, which debuted at the 2011 Frankfurt Motor Show and has already hit the market in Europe, will soon make it to the U.S. as Audi’s first hybrid offering on these shores.

So says a report from Kicking Tires, citing an unnamed Audi spokesman as a source. While  pricing and availability dates remain unknown, the Q5 Hybrid will arrive here sporting the same drivetrain as European models.

That includes the 2.0-liter turbocharged four-cylinder engine used on the existing 2012 Audi Q5, good for 211 horsepower, supplemented by a 54 horsepower electric motor.

Both motor and engine will share duties via a multiplate clutch linked to an eight-speed automatic transmission.

The electric motor is powered by a 1.3-kilowatt-hour lithium-ion battery pack, and it can be used to propel the car for short distances at speeds of up to 62 mph. Its primary function, however, is providing supplemental power to boost fuel economy.

Audi claims the net result is combined fuel economy (in Euro cycle testing, which tends to be about 20-percent optimistic compared to our own EPA testing) of nearly 34 mpg, while retaining the Q5’s ability to tow over 4,400 pounds.

Even acceleration is impressive, with the Q5 Hybrid able to make the dash from 0-62 mph in just 7.1 seconds.

We expect the Q5 Hybrid to come wearing slightly new styling, courtesy of a mid-cycle refresh for the Q5 lineup scheduled for the 2013 model year. We’ll bring you more details as soon as they’re available.