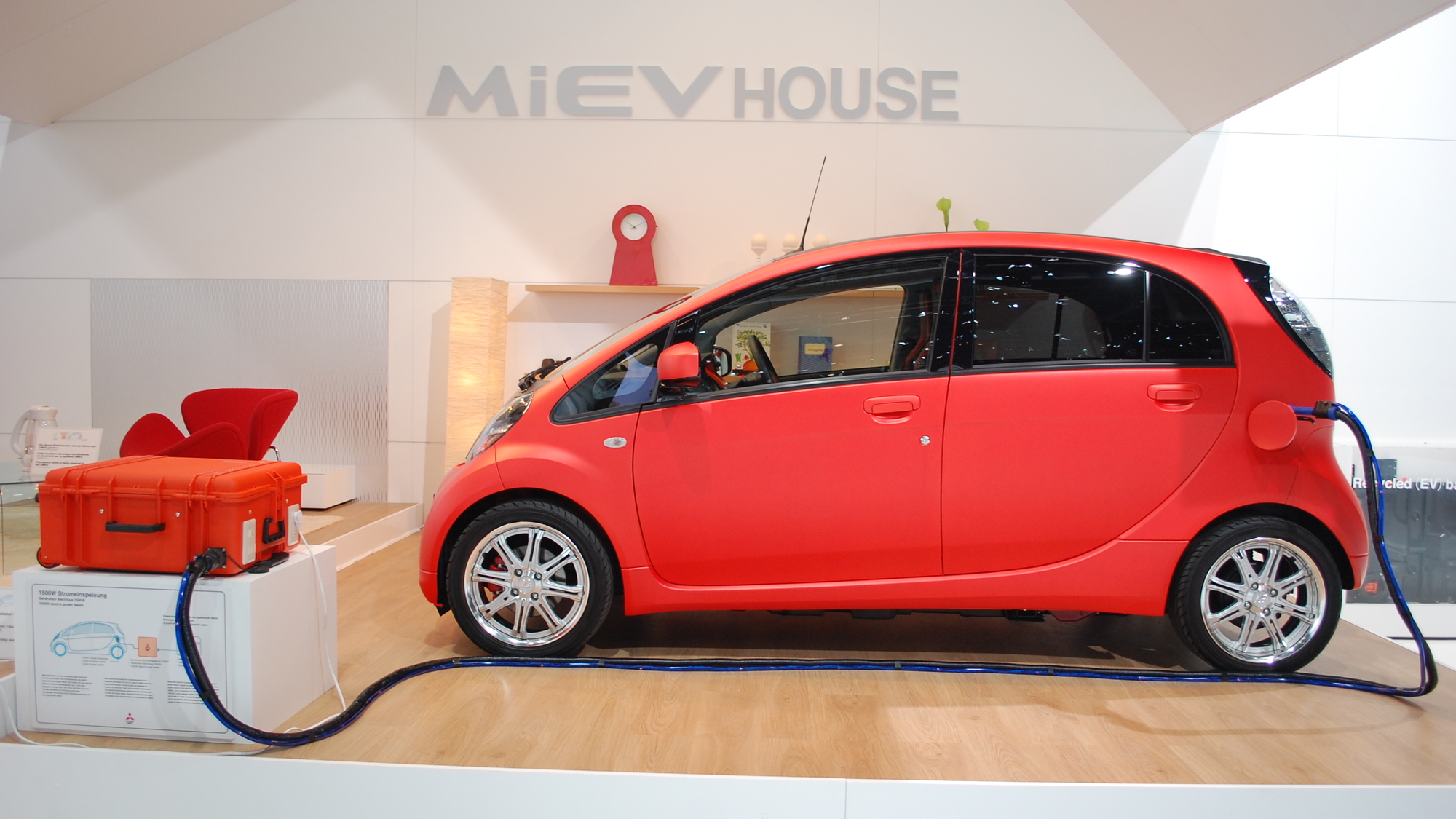 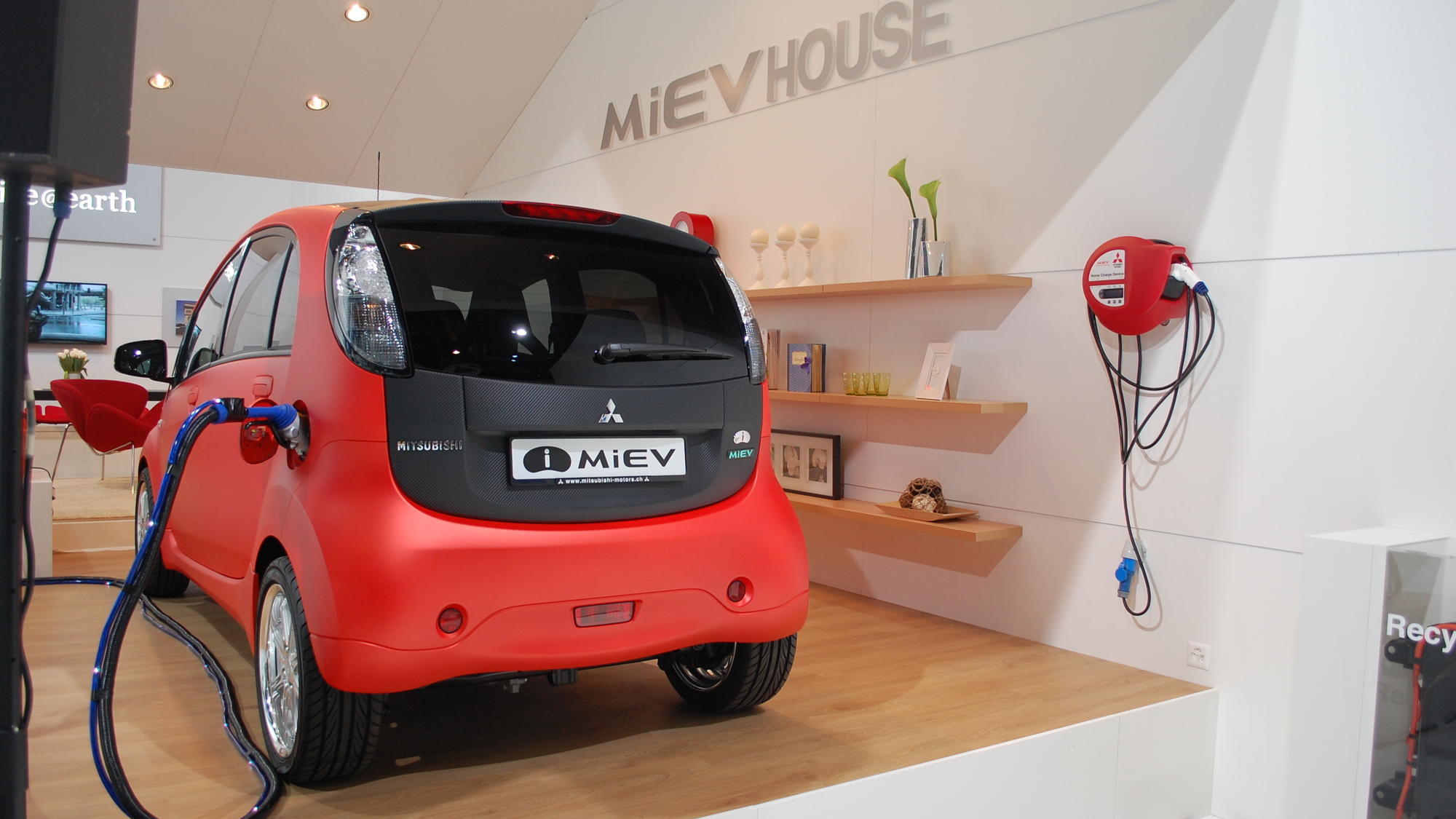 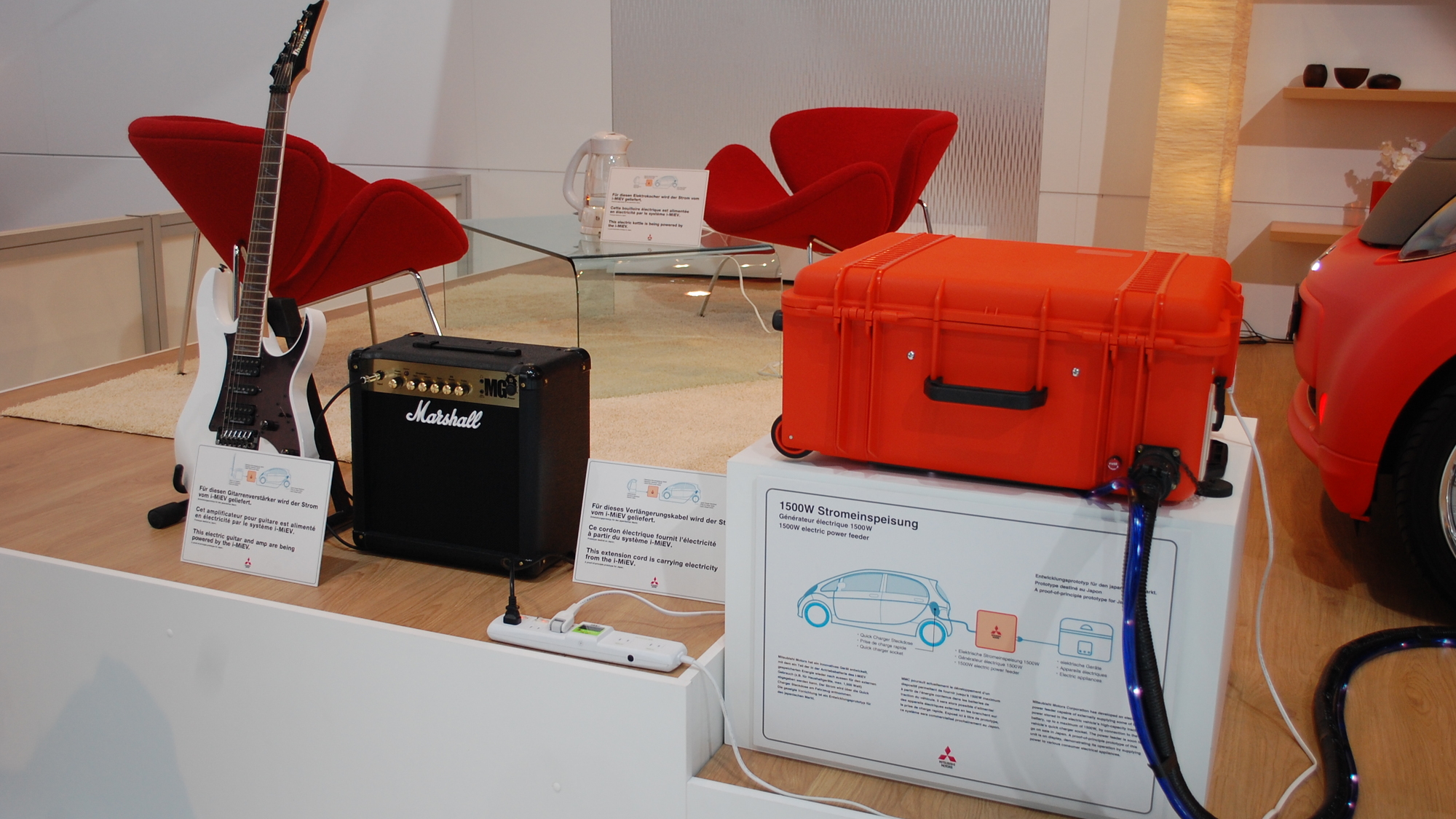 However efficient combustion engines are getting, they're still more suitable for powering vehicles than they are for powering your house.

In that respect, as storers of large amounts of electrical energy, electric cars are more suited to the task, and to prove it, Mitsubishi has brought its "MiEV House" to the Geneva Motor Show.

Houses don't normally appear on Green Car Reports, but since Mitsubishi's concept house is powered by an example of its diminutive "i" electric car, we'll make an exception.

The concept behind the MiEV house is that power use in the house can be shifted between grid or car as necessary.

That means that, during times of high energy use and therefore peak energy rates, some appliances in your house could be run off the "free" electricity stored in the Mitsubishi i.

Of course, that electricity in the car's battery isn't really free - but when your house isn't drawing large amounts of energy from the grid, such as when you're sleeping and the electricity bills are lower, the car does its charging then.

This means the house and car are in constant communication using an "Energy Management System" so that the electricity you use--whether in house or car--can be used most efficiently. It also ensures that your battery always has enough charge when you need it - so the house won't leave your car empty just before you set off to work.

The potential for the technology is wider-reaching too, and Mitsubishi is currently looking into using its batteries as a source of external power in emergencies. The system is set to hit the Japanese market soon, where power outages caused by earthquakes can leave thousands of homes without power for long periods.

You can check out live photos of the MiEV House in the gallery below. For more information and photos from Geneva, head over to our dedicated show page.