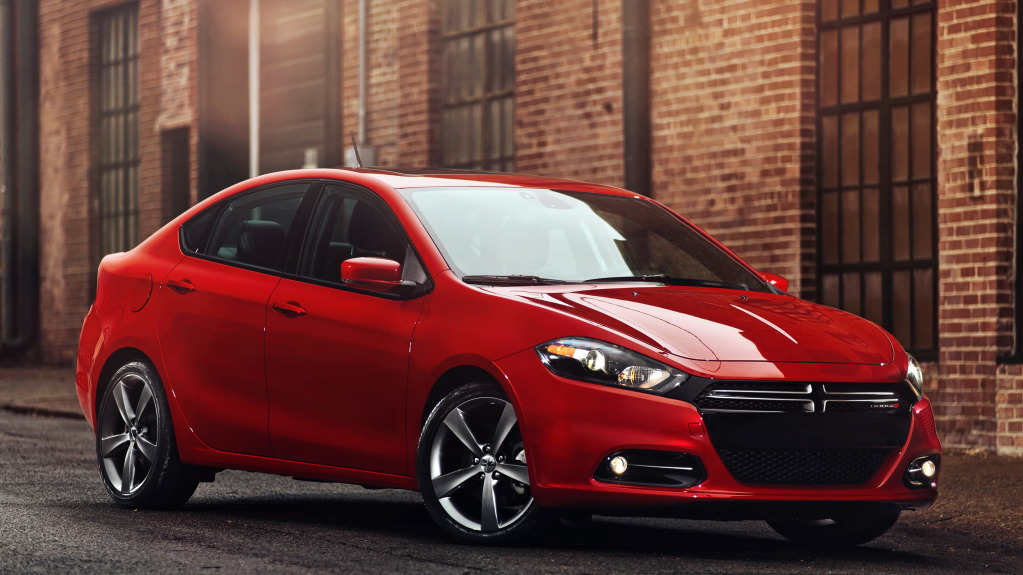 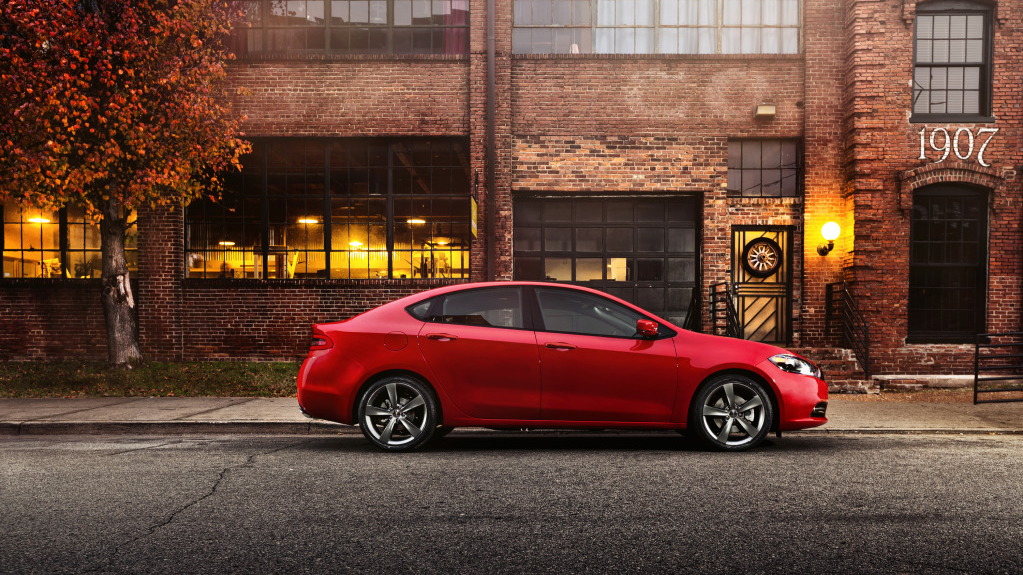 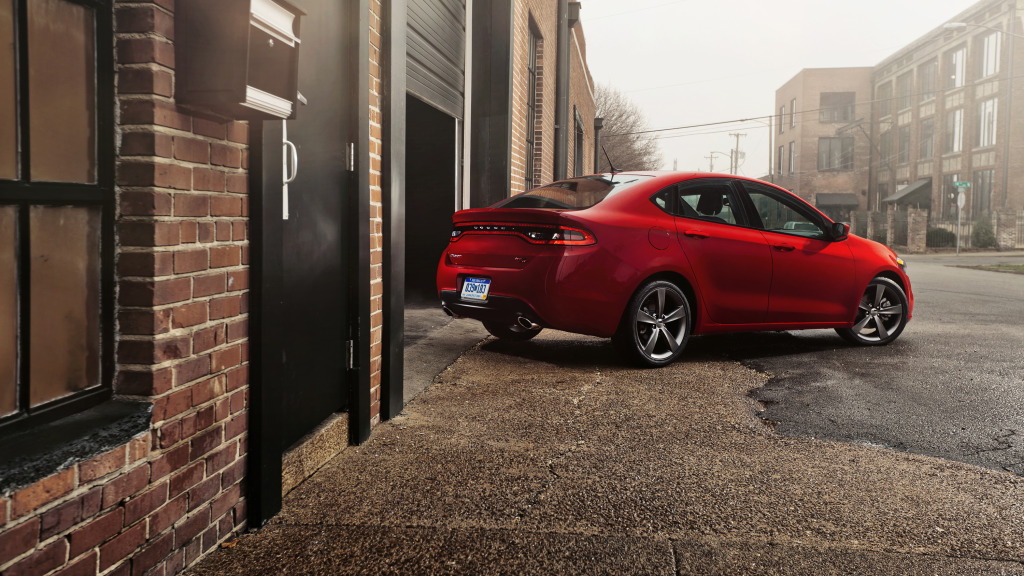 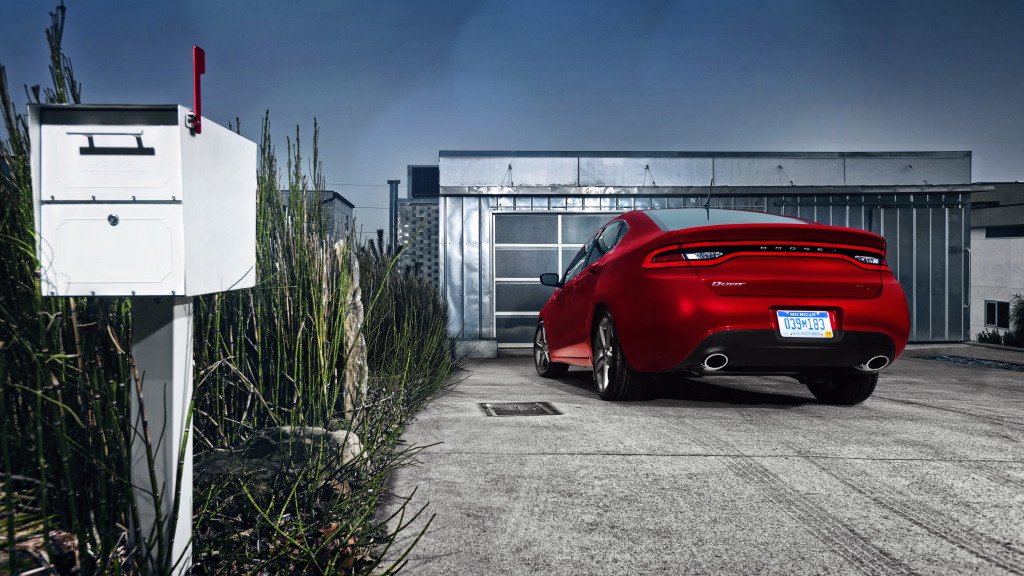 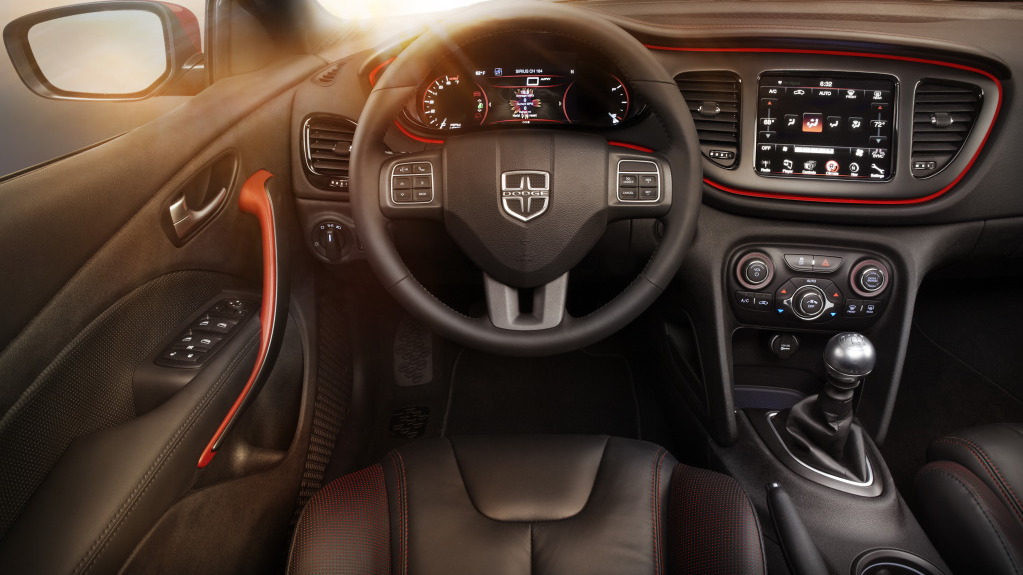 Before its unveiling, coming at 8:45 am this Monday, Chrysler trickled out photos of the exterior and dashboard of its new 2013 Dodge Dart compact sedan.

But now both a video and more photos have leaked out onto those crazy Interwebz, showing every angle of the first product developed by the combined Fiat-Chrysler companies.

The video is comprised mostly of "beauty shots" of the Dart R/T trim level, along with a few clips of the car moving sedately along curving scenic two-lane roads.

The lines of the new Dodge compact are distinctive, and its styling cues clearly deem it a Dodge.

The cross-hairs grille, the Charger-style full-width taillight bar, and the dual exhausts all speak "sporty" in a way that the bland Toyota Corolla and Honda Civic can't hope to match.

The 2013 Dart looks to have quite a wide track for its length, and the severely swept-back front corners and substantial rear overhang give it the visual appearance--if not the actual proportions--of a small rear-wheel drive car.

It is, of course, front-wheel drive, built on a platform (known as "Compact U.S. Wide") adapted from one used for European Fiat and Alfa-Romeo vehicles.

We know that the Dodge Dart will offer three four-cylinder engine options: a turbocharged 1.4-liter and a pair of so-called "TigerShark" engines updated from existing Chrysler fours. Those will come in 2.0- and 2.4-liter sizes, with Fiat's MultiAir electronic valve system fitted to the larger of the pair.

There will also be three transmission options, though Dodge hasn't specified what they are. Most observers suggest that they'll include a six-speed manual, and either a six-speed automatic or a six-speed dual-clutch "automatic manual."

Chrysler announced two days ago that the 2013 Dart had achieved an "unadjusted" combined gas mileage figure of 40 miles per gallon, the final hurdle Fiat had to clear to get the last 5 percent of Chrysler from the Federal government.

That 40-mpg figure is slightly disingenuous, as it's actually on the Corporate Average Fuel Economy (CAFE) test cycle--not the tougher cycles used by the EPA for new-car window sticker efficiency figures.

The 2013 Dart may be the company's most important new car for several years, or at least until it replaces the mid-size Dodge Avenger and Chrysler 200 sedans.

The compact segment is brutally competitive, and the Dart must be good enough to sell in volumes several times those achieved by the underwhelming--and now discontinued--Dodge Caliber hatchback.

The Dart will go into production this summer at the company's Belvidere, Illinois, assembly plant--which built the defunct Caliber, and still produces the Jeep Compass and Patriot. The 2013 Dodge Dart will be available at dealers this fall.

We'll bring you further news about the 2013 Dart as it arrives. For all the latest news on the cars and concepts in the Motor City, check out our 2012 Detroit Auto Show page.