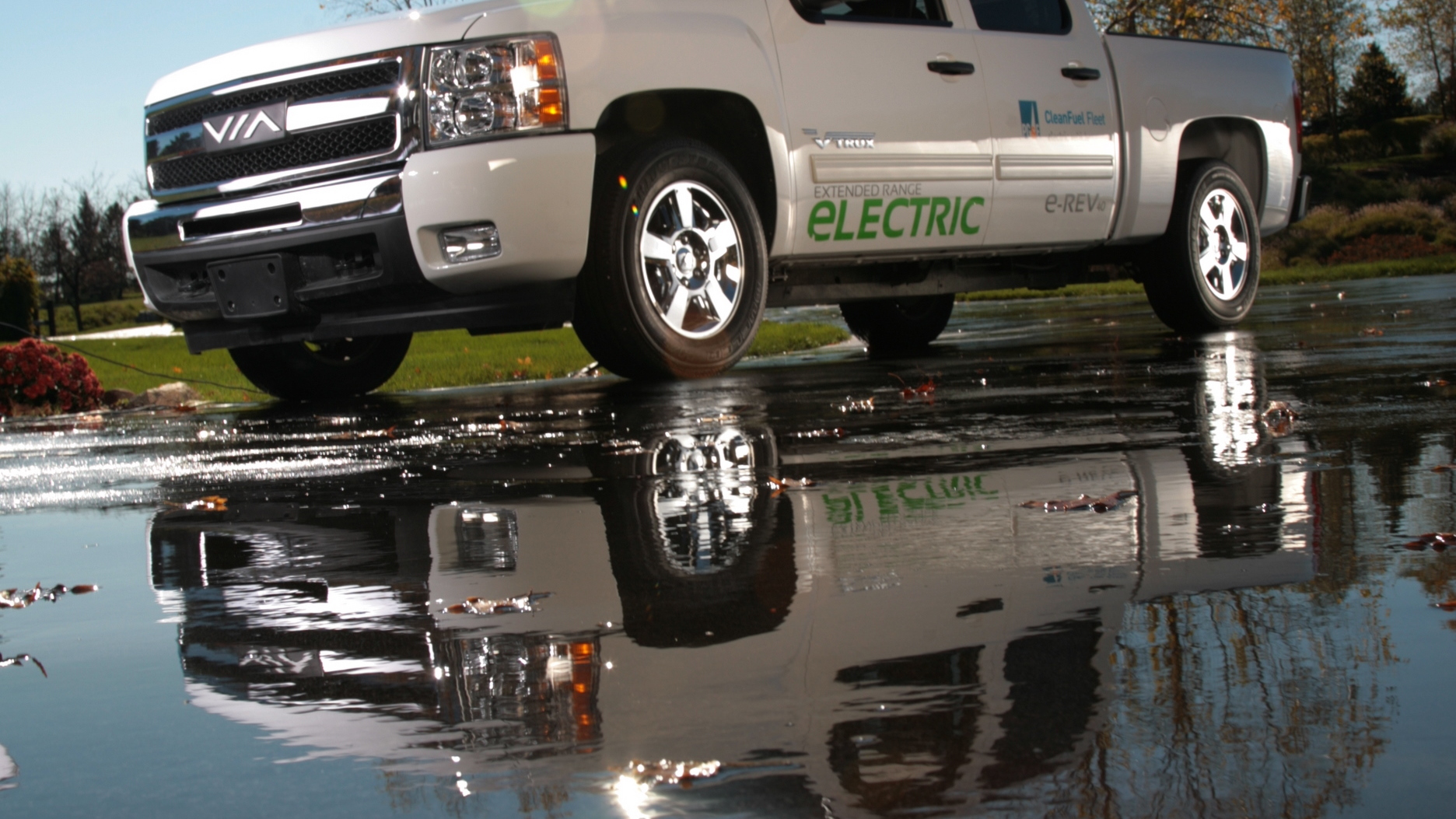 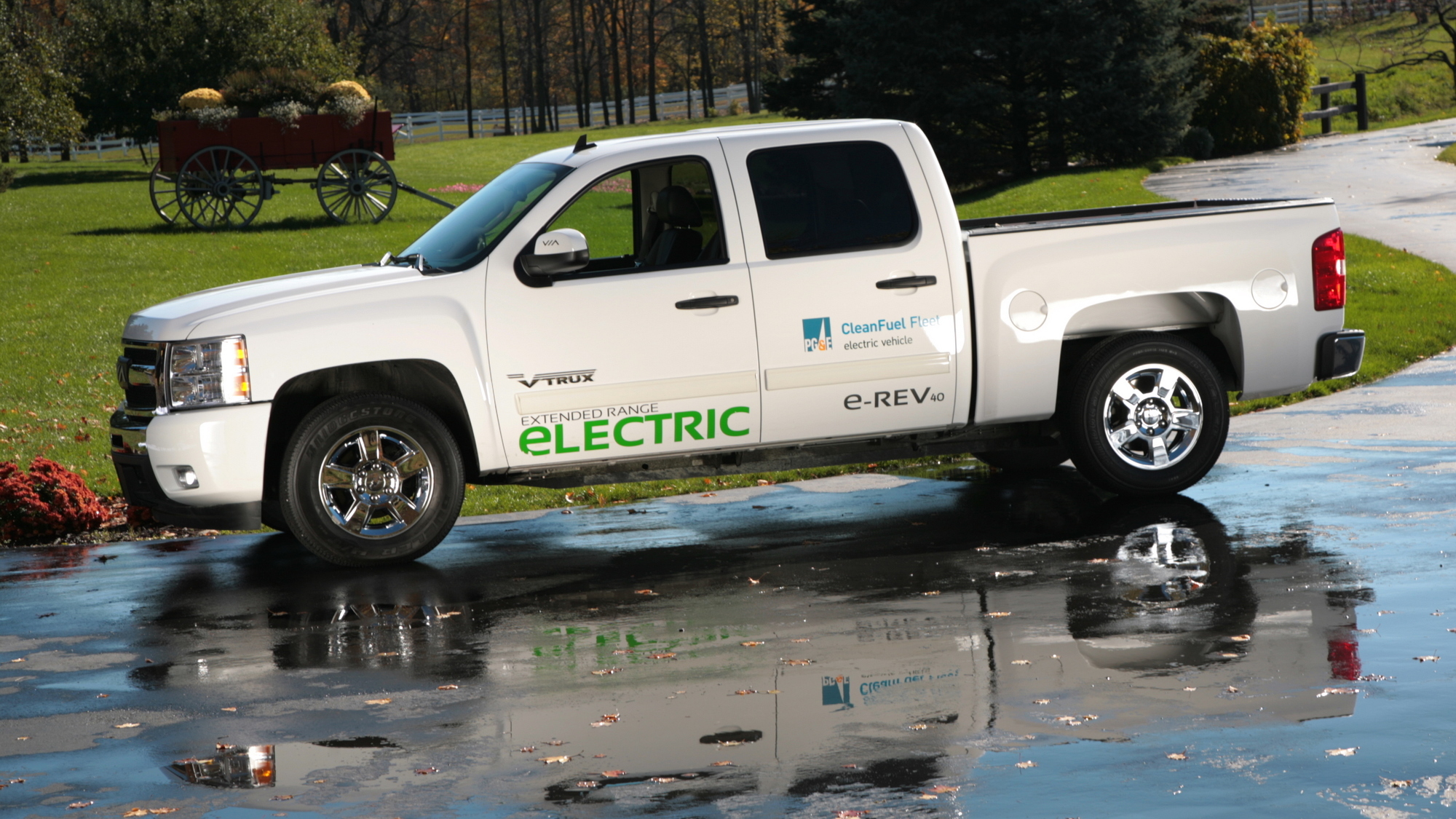 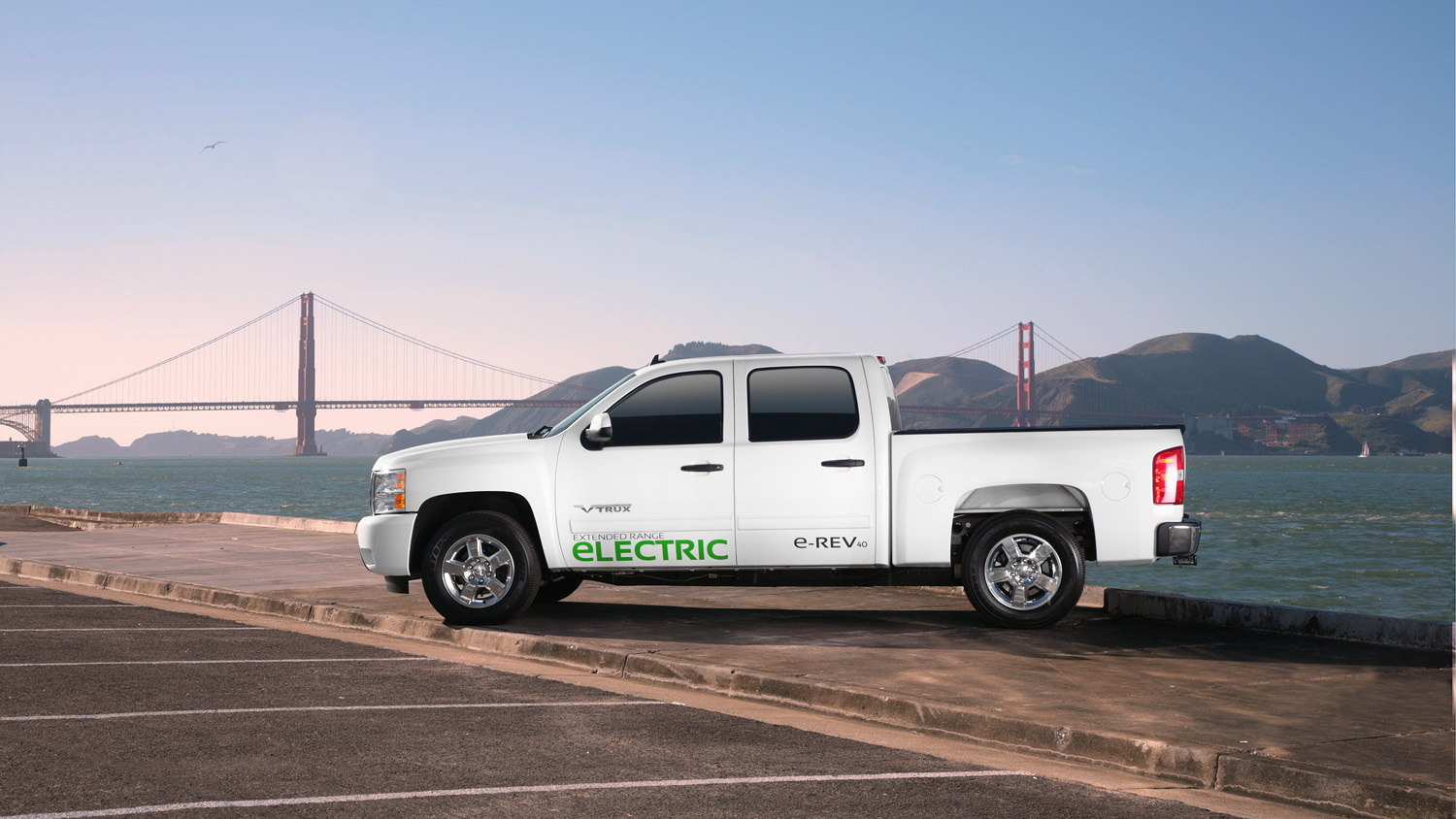 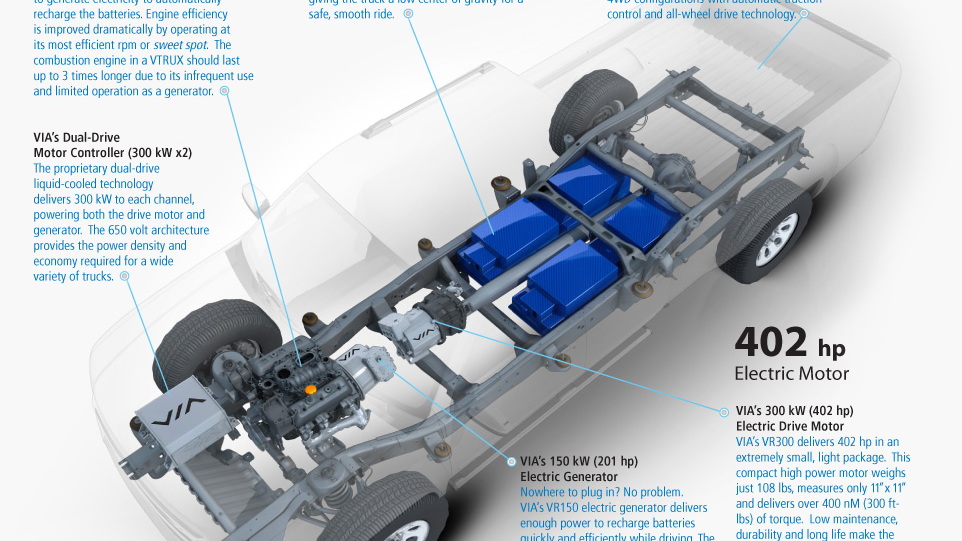 So far, the range of electric vehicles offered for general sale has been fairly limited - most carmakers have been selling their technology in standard family cars, or city cars.

In terms of efficiency, those vehicles are actually relatively good. Why not try and make improvements in the generally less efficient truck class?

Via Motors have been doing exactly that, and the Chicago Tribune reports the company will debut an extended-range electric pickup at the 2012 Detroit Auto Show.

None other than Bob Lutz will be introducing the truck, little more than a year after the first Chevrolet Volts hit the streets, a car he played a significant part in.

The Via Motors eREV, as it's known, works similarly to the Volt.

A 402-horsepower electric motor is fed by liquid cooled, 24 kWh lithium-ion batteries and allows the truck to drive on electric power for around 40 miles. As this depletes, a 4.3-liter V6, gasoline-powered range-extending engine can kick in to provide extra power, enough for a range of 400 miles.

Unlike the Volt, the eREV doesn't seem to have any mechanical connection between generator and wheels, a feature that caused much contention over the Volt at launch.

Currently, Via is buying different ladder-on-frame platforms from GM - the Chevrolet Silverado 1500, Tahoe and Express - and converting the vehicles to extended-range vehicles. This method does suggest the same technique could be used on non-GM vehicles in the future.

Production is set to begin in 2012, and Via has already been taking orders for the eREV. The company expects to produce 20,000 units per year and has plans for SUVs, vans and other large eREV models.

With solid GM underpinnings the business model certainly looks a lot stronger than many electric startups, and using proven platforms removes the element of unfamiliarity that puts many people off electric vehicles.

With claimed economy of 100 MPG between gasoline and electric and strong electric torque, the concept seems quite appealing.

Only price could be an issue, Via's website stating an anticipated selling price of $79,000 should enough orders be received. That, initially, may make it only really suitable for subsidised fleets, rather than frugal individuals.