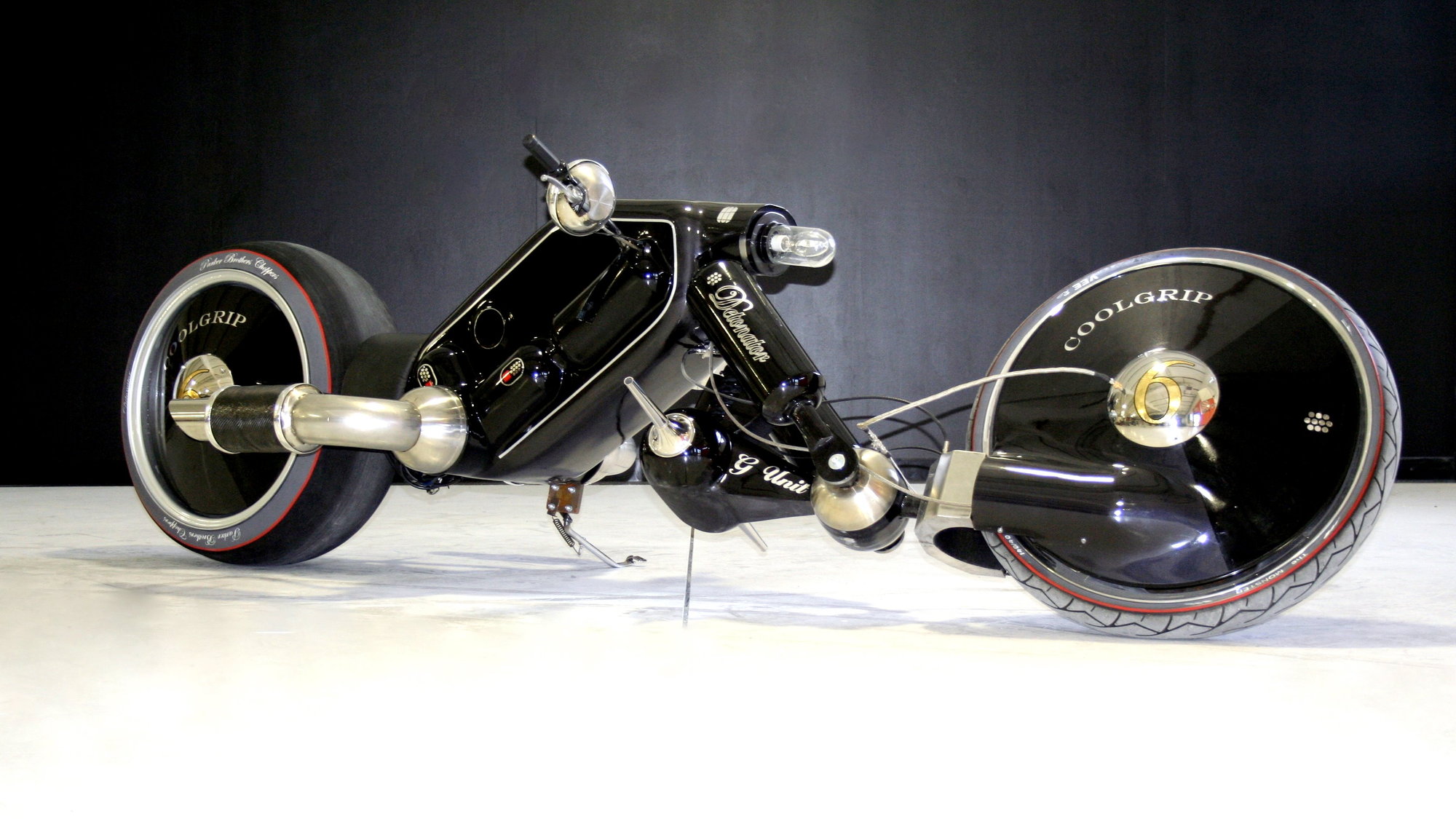 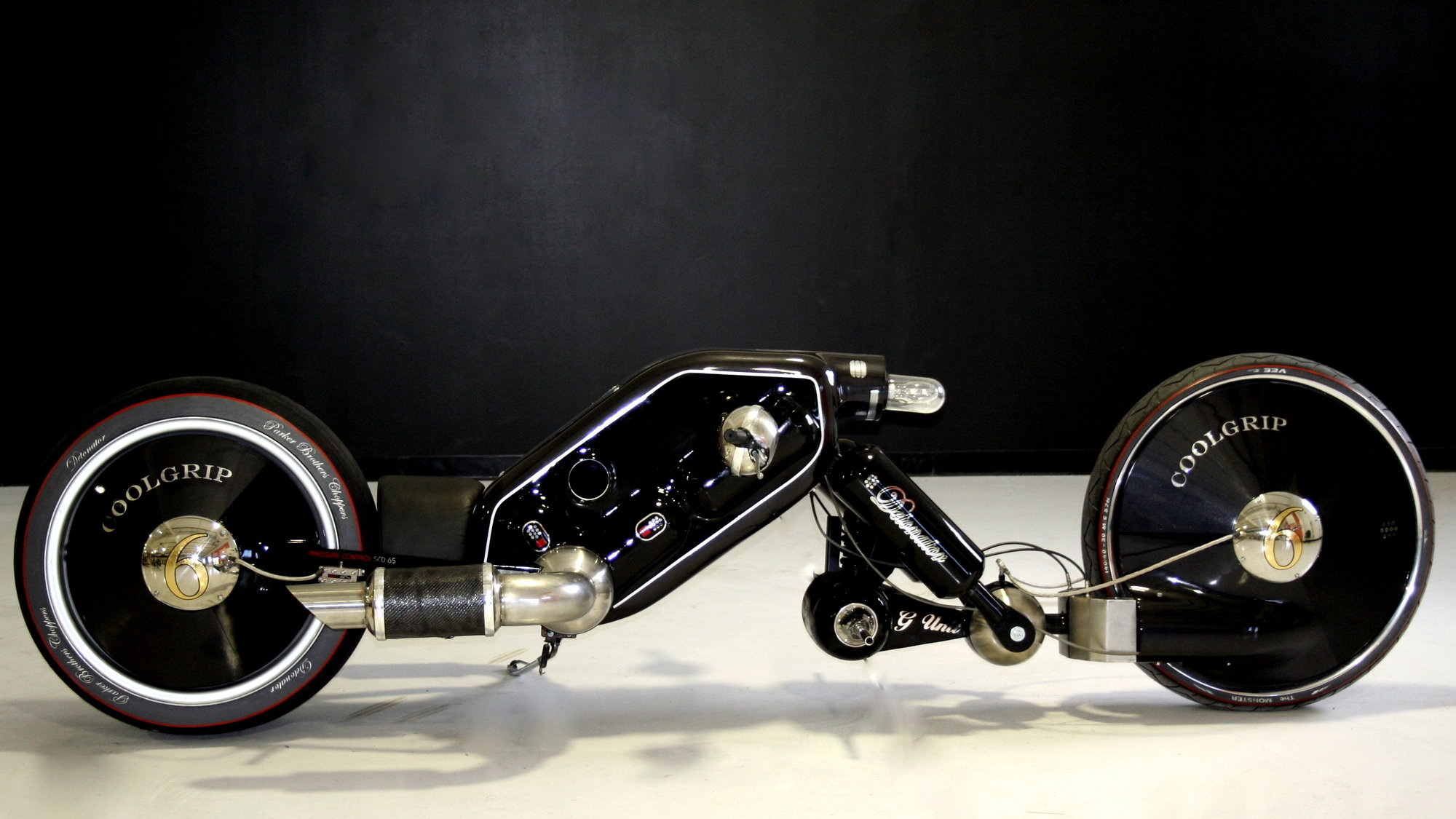 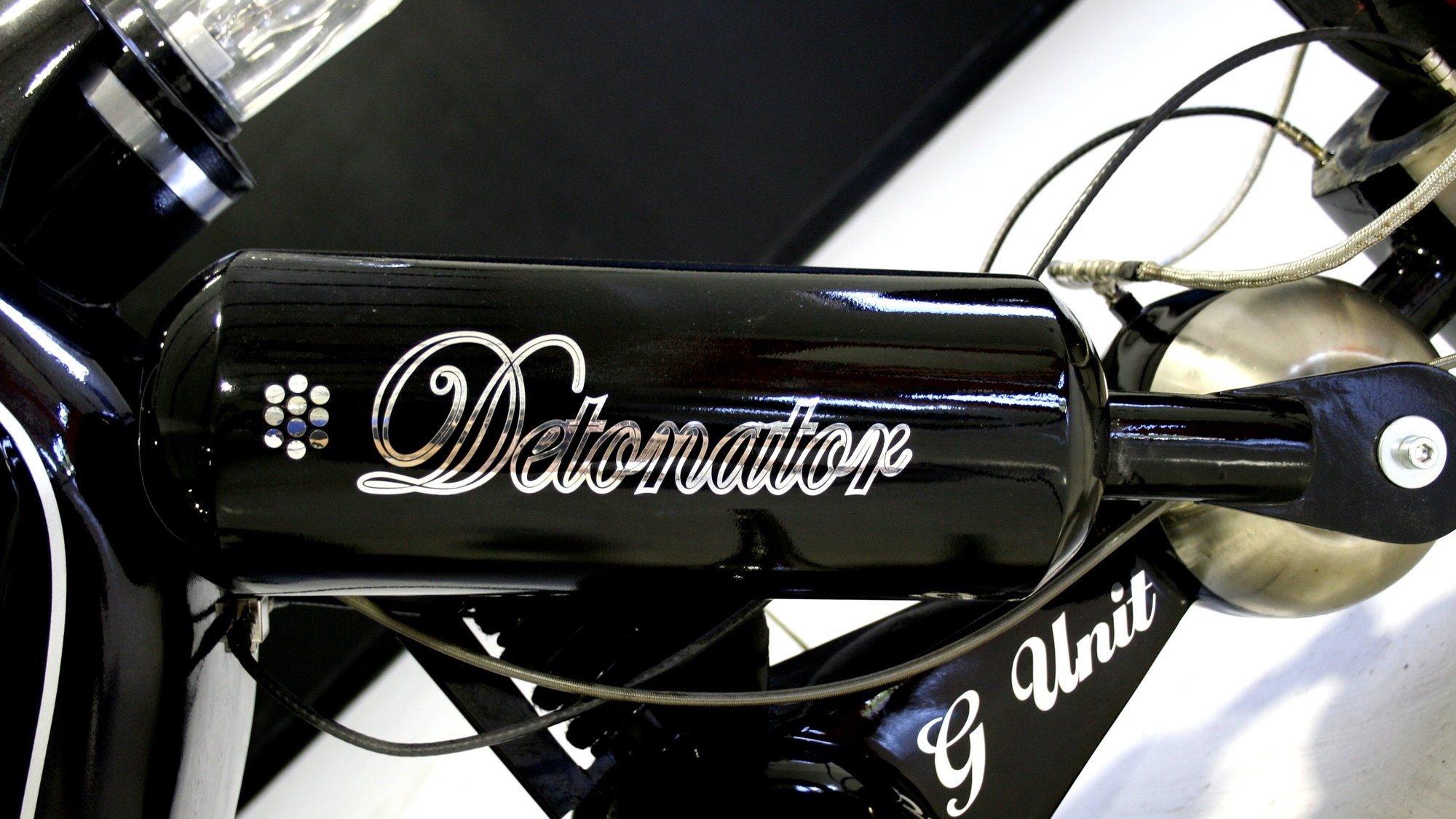 If you were to come up with a list of characteristics of your average chopper bike, "near silence" probably wouldn't feature on it.

Electric motors are great at doing "near silence" so to find one forming an integral part of The Detonator seems slightly incongruous.

Built by Parker Brothers Choppers in Florida - who were also responsible for the replica Tron Light Cycle and are soon to star in a reality TV show on the SyFy network - The Detonator is now on sale to customers wanting something a little different from their motorcycling.

It definitely has hints of the Light Cycle but it's altogether moodier, with a paint scheme Henry Ford would be proud of.

Electric power goes to a 27-inch rear wheel via dual 96 volt electric motors mounted in the hub. An hour's charge to the lithium-ion battery pack is enough for an 80-100 mile range, and on the dyno it's done 120mph - though whether you'd want to attempt that elsewhere is another matter.

At 11.5 feet it's also very long, but Jeff Halverson from Parker Brothers told Wired it's rideable, if not easily. With the rear wheel spinning inches from your rear-end, we're not surprised.

So it may not sound or look like your average chopper, but at a cost of $100,000 to buyers in the U.S, Europe and Saudi Arabia, it's still reassuringly expensive.