If you're an automaker, how do you get the next generation of car buyers to pay attention to your new models?

One way has traditionally been by putting your cars into rental fleets. But some companies only rent to drivers 25 and up, so what to do about college students?

The popular and growing car-sharing service [NSDQ:ZIP] has made a concerted effort to place its cars on or near college campuses, offering students the options of cars when they need them without the burden and cost of parking, insurance, and maintenance when they don't.

University administrators like the college car-sharing schemes too, since shared cars reduce the space required for parking student vehicles. On space-constrained campuses (meaning most of them), that's real estate that could more productively be used for classroom buildings, research labs, or dormitories.

Ford [NYSE:F] will be the largest single provider of vehicles to Zipcar's more than 250 college locations, the two companies announced today. The agreement will run for two years, and Ford vehicles arriving on campuses now will be available to student members starting September 1st. 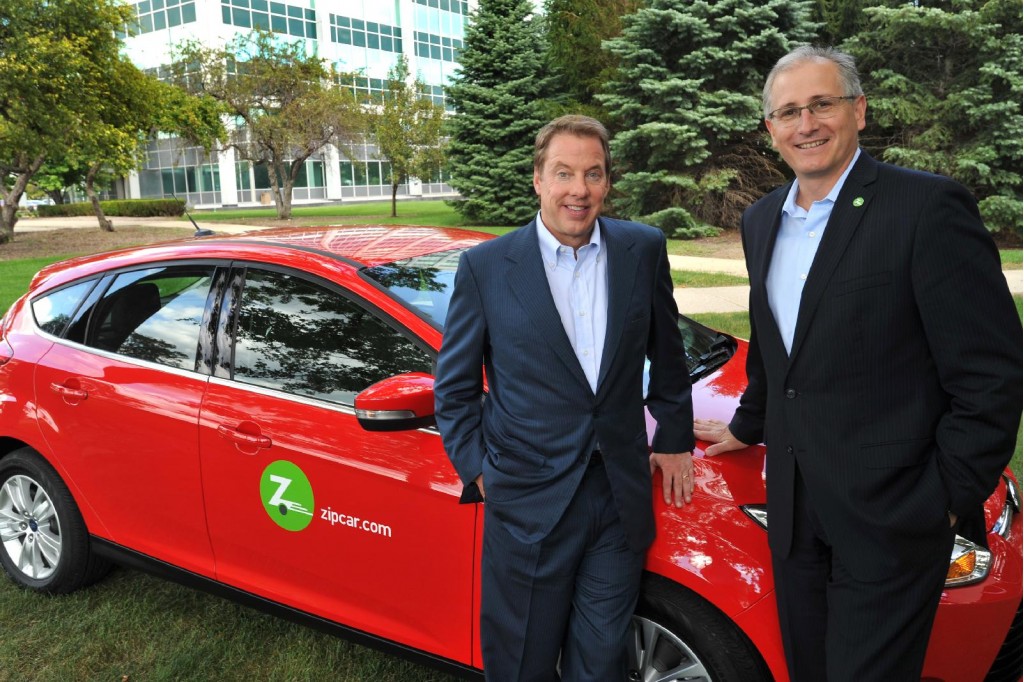 In promotions to students, Ford pictures its Focus compact hatchback and Escape small crossover as two of the vehicles that will be offered through Zipcar. Although it touts gas mileage "up to 40 mpg" for the Focus, it's unclear whether the company will provide the special Focus SFE model that achieves this EPA highway rating.

And the Escape model described is the standard Escape--with a highway rating up to 28 mpg--not the pricier Escape Hybrid, which offers far higher gas mileage at a premium of several thousand dollars.

Both vehicles include the Sync voice-command system for controlling personal electronic devices like music players and smartphones--which Ford expects to appeal to digitally connected college students.

Zipcar members can reserve cars on their smartphones or via the web from minutes to months ahead of their desired time slot. The Zipcard they receive in the mail lets them unlock the car when they reach it, and there's also an app that lets them do it via smartphone as well.

When the student is done with the car, he or she returns it to the original parking space, locks it up, and walks away. Zipcar handles the gasoline and all maintenance. 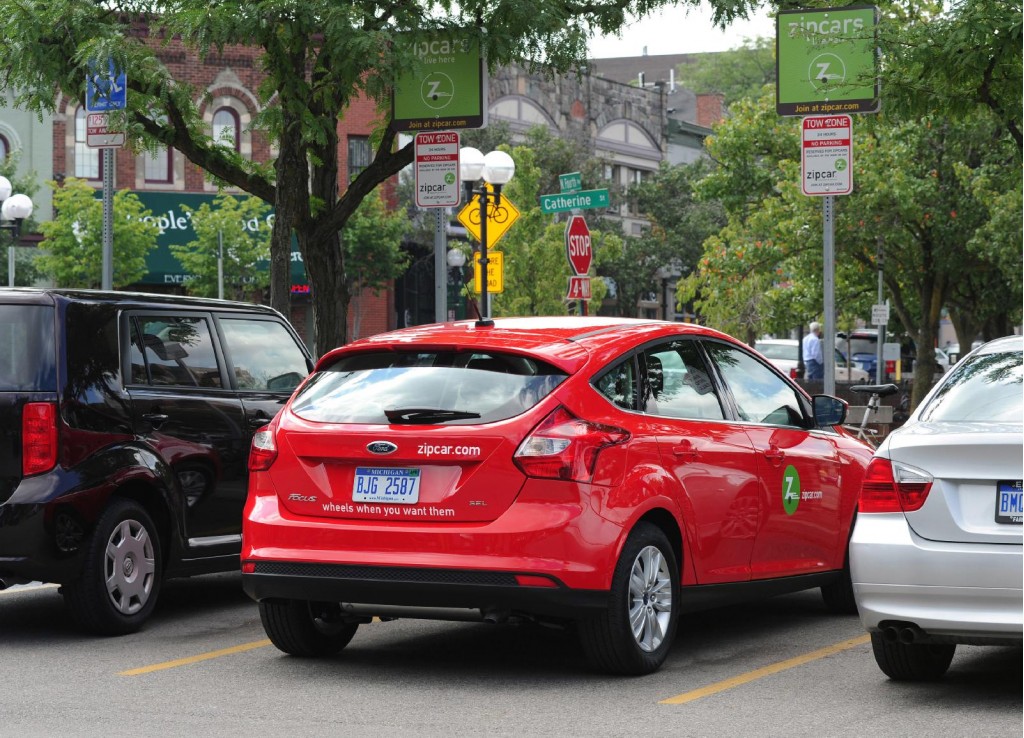 Joining the service takes only a week, Zipcar says, which the company uses to check all new members' driving records.

Buying by the song, and the mile

Students aren't a new market for Zipcar, but they have different outlooks on driving, cars, and how they approach their purchases, according to the car-sharing company.

“We’ve had Zipcars on campuses for more than eight years and as a result we’ve learned a lot from the next generation of drivers," says Scott Griffith, Zipcar's CEO. "We’re targeting a generation that only knows how to buy music by the song, so paying for a car by the hour is a natural for them."

The Ford deal includes $10 off the $35 annual membership fee for the first 100,000 students who sign up for Zipcar, plus $1 per hour off the rate for the first one million hours logged by college students in Ford vehicles.

Ford expects students to rack up 2 million driving hours a year in its cars through the program.