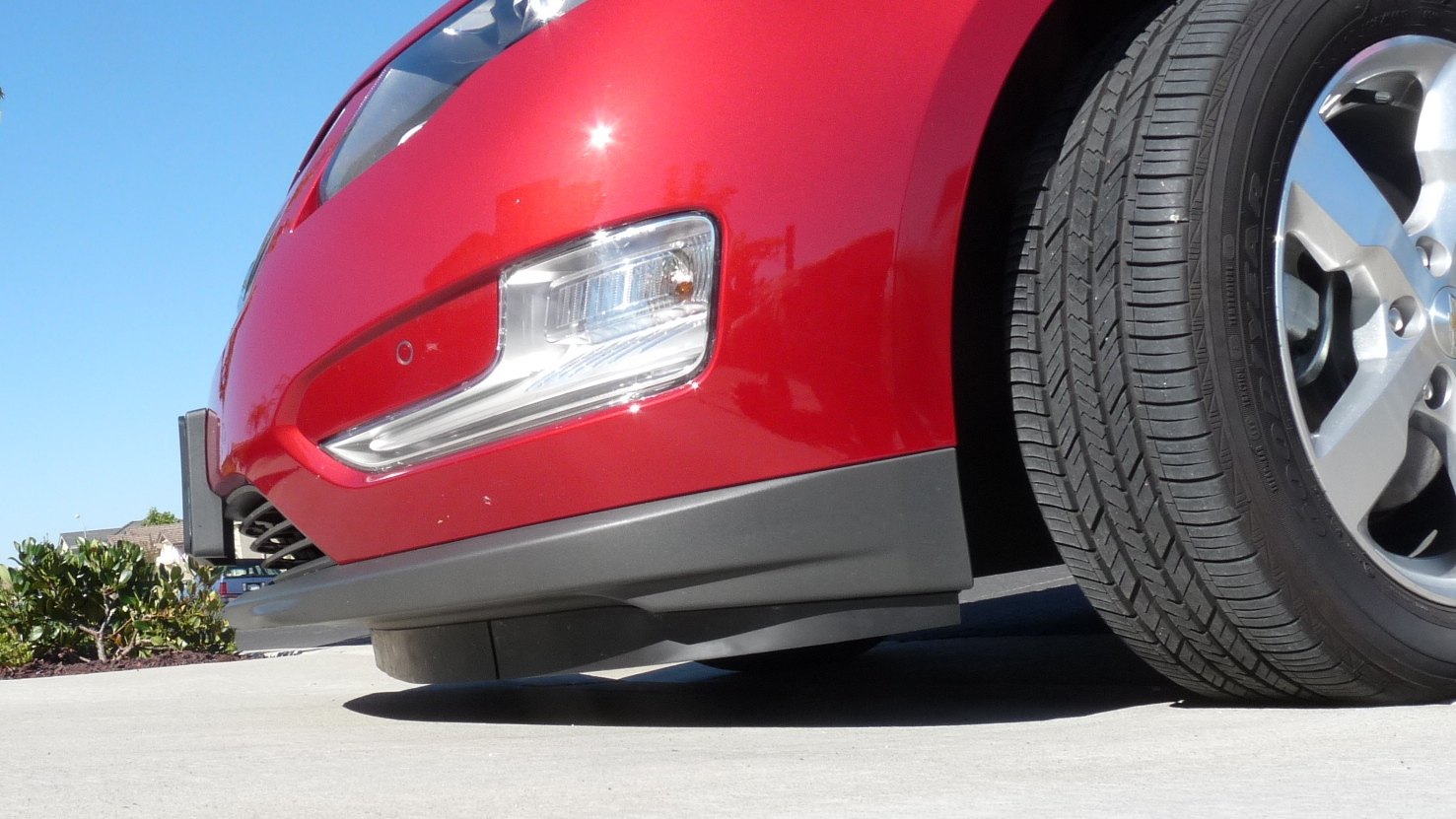 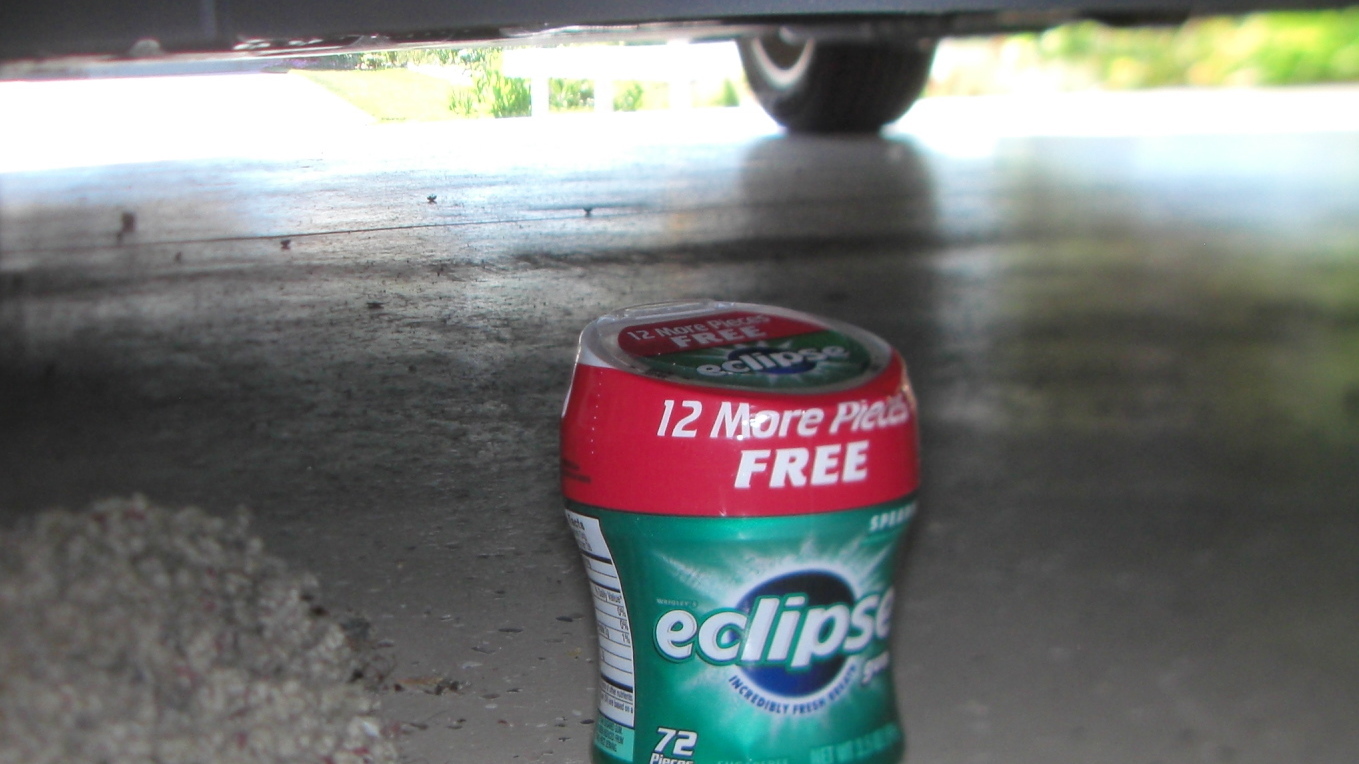 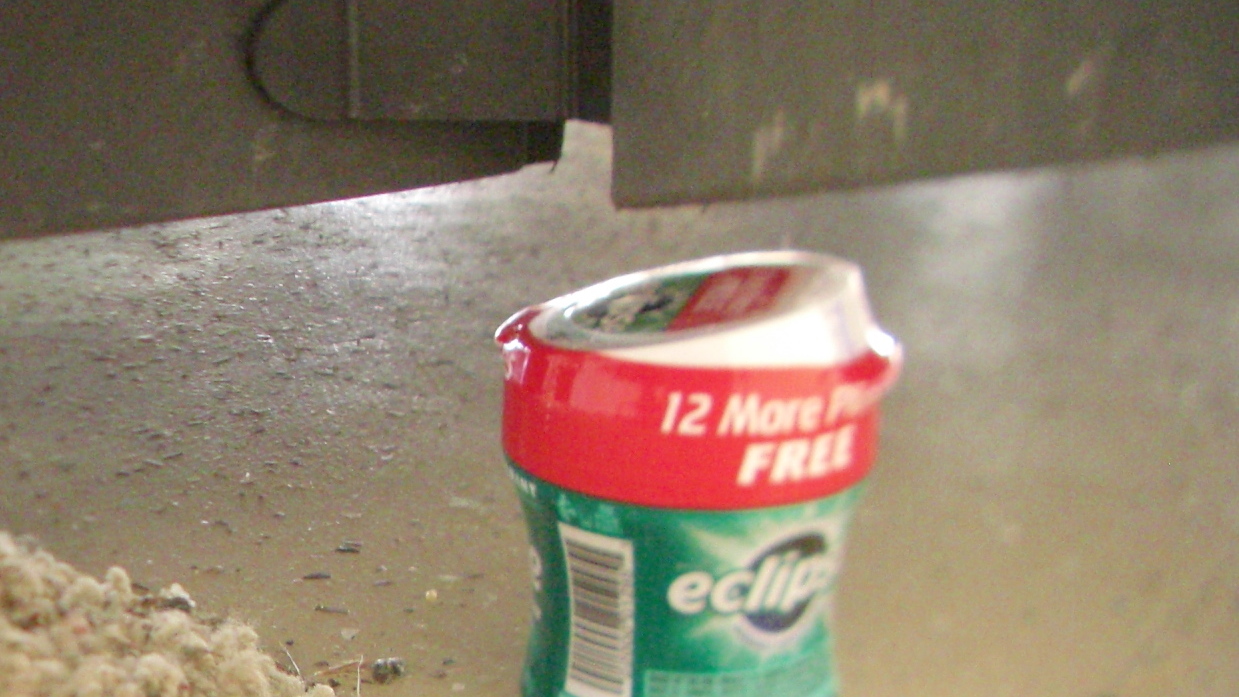 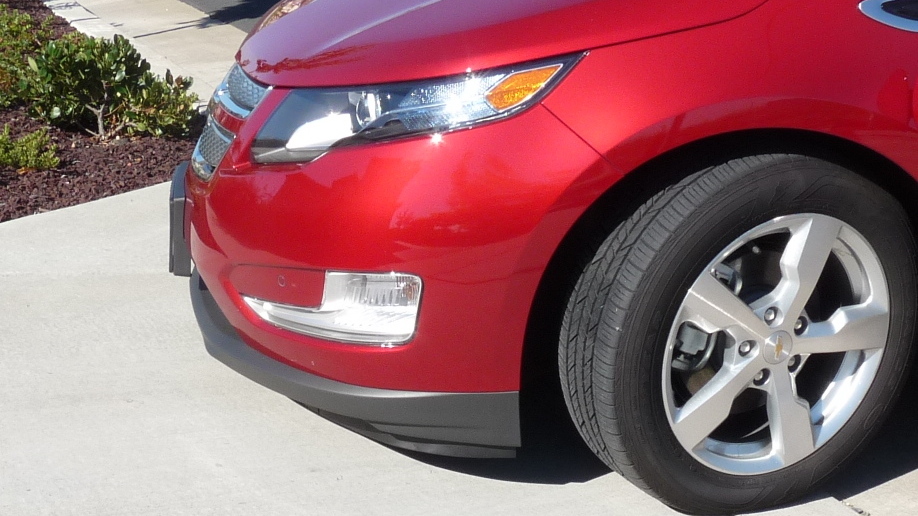 The first 2011 Chevy Volt was delivered in December 2010, and GM’s rollout of this engineering achievement has seemed quite smooth thus far.

Still, after six months, early adopters have found a couple of small problems with the vehicle, and Chevrolet has moved aggressively to correct them.

The first problem quietly being addressed by General Motors is the design of the front air dam on the 2011 Volt.  This flexible air dam is actually composed of three interlocking segments and the original design provides only about 4 inches of actual road clearance.

Clearly this improves the overall airflow under the car, but with such little road clearance, this original design scrapes on speed bumps and drags on even the slightest of inclines.

With continued scraping, the air dam segments separate, which leads to flapping noises at freeway speeds.

GM now offers a modified front air dam with greater clearance to any owner who finds that the original, extremely low design does not fit their driving circumstances.

Volt owners can contact their local Chevrolet dealer and simply ask for this modification. It will take about a week for the new air dam to arrive, and about 30 minutes to install at the dealership.

The second technical issue, reported by a small number of Volt adopters, is the blanking out of the main display, followed by a return to normal functioning in a brief time.

Losing the speed, battery level, and fuel level displays, as well as other central vehicle functions, is a potentially serious problem with the electronics.

On this issue, Volt drivers who have experienced this problem are asked to bring their car in for assessment by their Chevrolet dealer.

The company will provide owners with a free loaner car for the period their vehicle is at the dealer.

Typically, the electronics in the original driver display unit are replaced to fix the problem. This is fully covered under the vehicle warranty, of course.