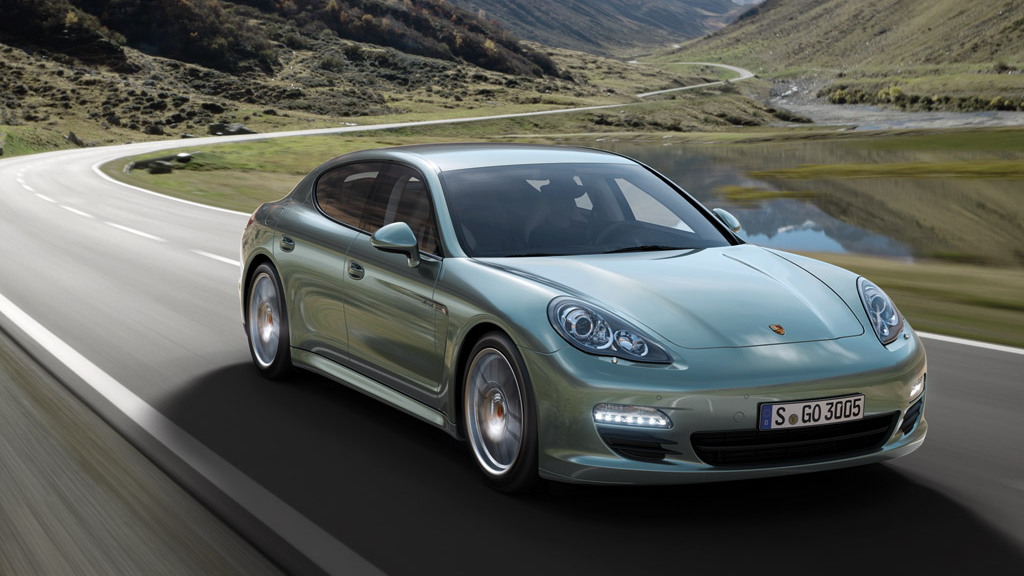 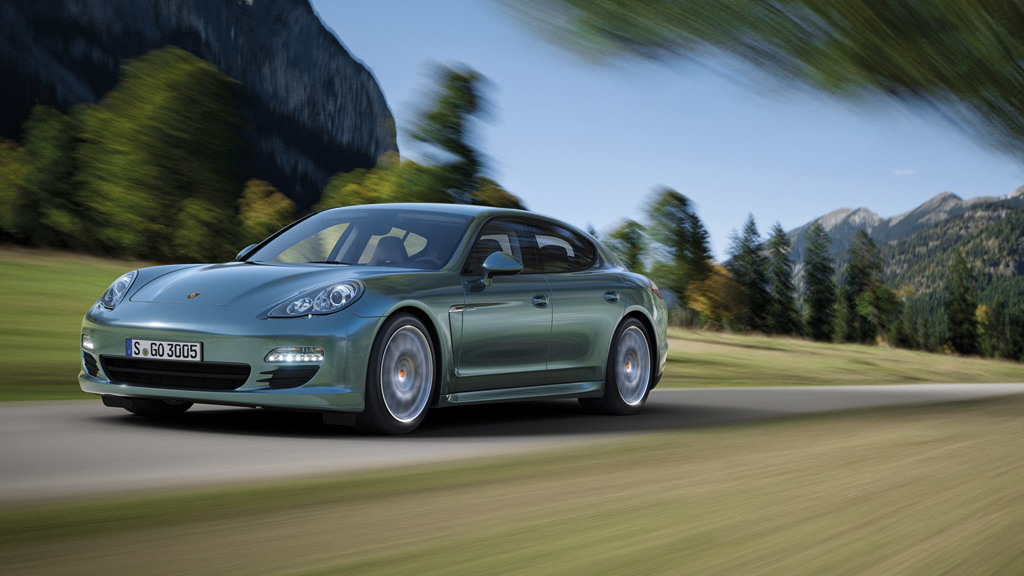 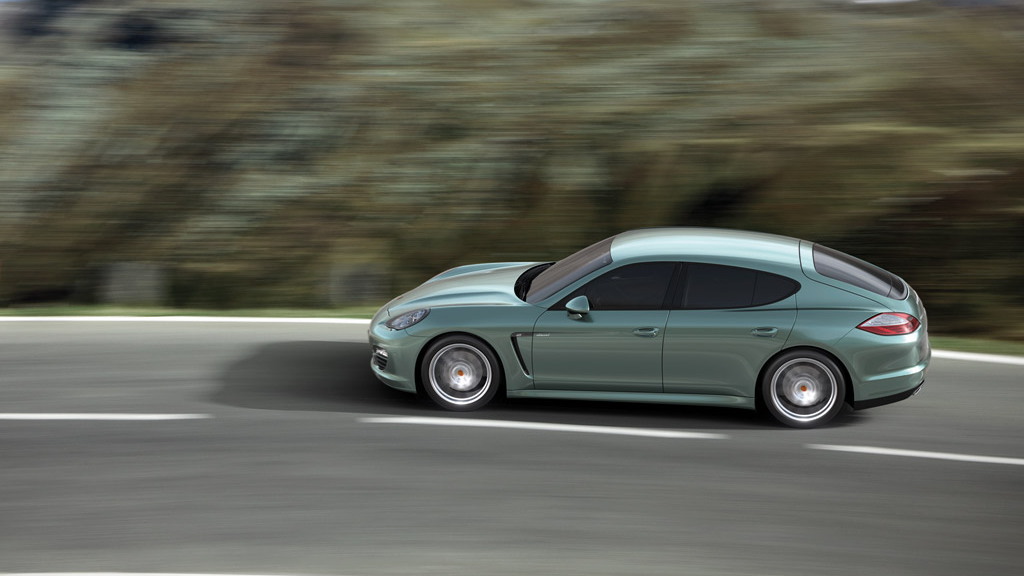 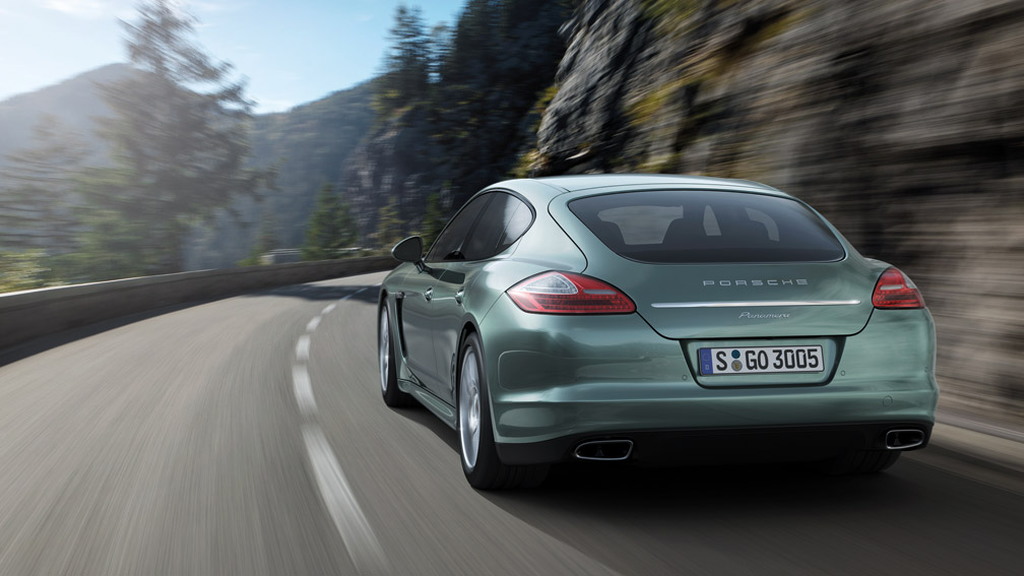 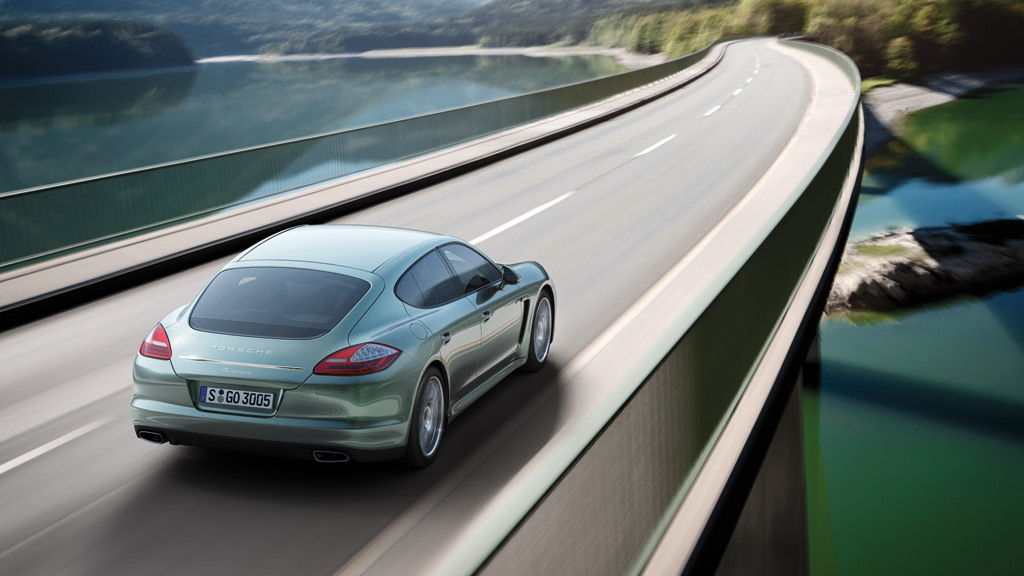 Introduced for 2010, the Porsche Panamera horrified purists but lured buyers all over the world.

It was Porsche's first-ever four-door sedan, built in part for the burgeoning Chinese market, and its humpbacked styling is ... well, let's just say ... polarizing.

Now Porsche has unveiled the most fuel-efficient Panamera yet, a clean diesel version that achieves a remarkable 37.3 mpg on the European cycle when fitted with low-rolling-resistance tires (and about 36 mpg without them). It also comes with a standard start-stop function, to switch off the engine while the car is stopped.

(Note that the European test cycle tends to produce gas-mileage figures 10 to 20 percent higher than the U.S. EPA combined rating for the corresponding car sold in the U.S.)

The 3.0-liter turbodiesel V-6 (a VW Group design from Audi) produces 247 horsepower and a substantial 406 foot-pounds of torque (at 1750 to 2750 rpm), transmitted to the rear wheels through an 8-speed automatic transmission.

Porsche says the big oil-burner accelerates from 0 to 62 mph in 6.8 seconds and is limited to 150 mph.

Like the idea of a 35-mpg luxury sports sedan with the Porsche crest on the hood? Especially one that can travel up to 745 miles on a single tank of fuel?

Sorry, you can't have it.

The diesel model is for Europe, where roughly half of all new cars are fitted with high-efficiency turbodiesel engines. It's not Porsche's first-ever diesel; that was the Cayenne Diesel model, launched for Europe only in February 2009.

The diesel Panamera sedan won't be offered in the States either. Instead, Panamera owners who want better gas mileage (whoever they may be) will be offered the 2012 Porsche Panamera S Hybrid, which was just launched at the New York Auto Show 10 days ago and will be priced around $95,000.

That car is rated, by the way, at 33 mpg on the same European cycle. That makes the diesel Panamera slightly more fuel efficient than the hybrid, though for European sale the Porsche diesel doesn't have to meet the same emissions standards as it would if it were sold in the States.

Porsche is taking pains to underscore its historic roots in hybrid vehicles, going so far as to re-create the 1900 Semper Vivus, the world's first hybrid road vehicle ever. It was designed by a young Ferdinand Porsche, who would found the sports-car firm that bears his name half a century later.