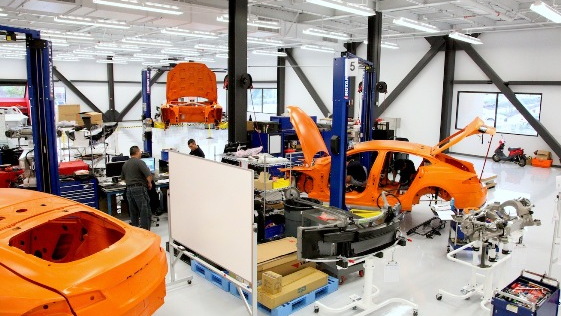 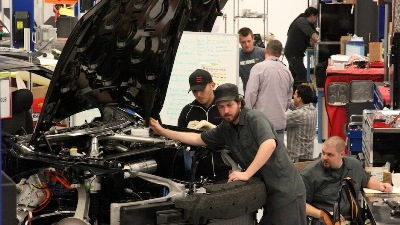 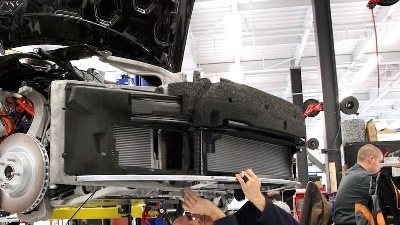 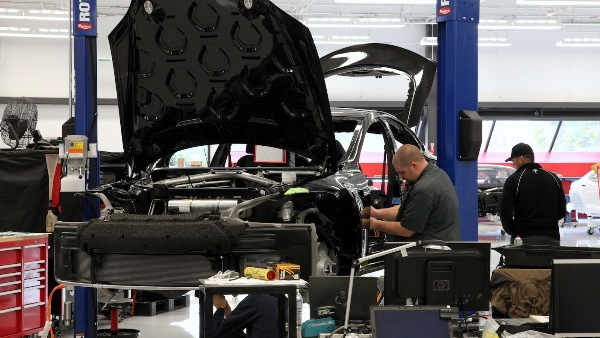 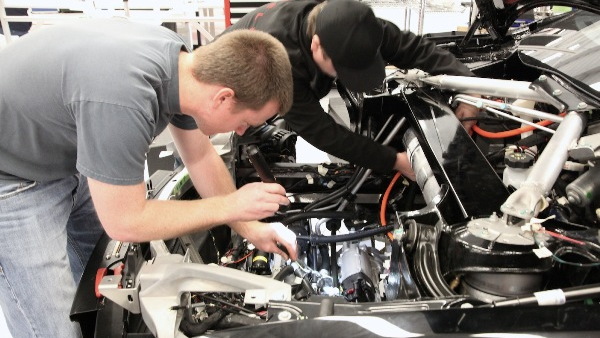 Some of the loudest of the skepticism over Tesla's plans to design and build an all-electric luxury sports sedan have died down after the company showed an all-aluminum body-in-white at the Detroit Auto Show in January.

Even Toyota CEO Akio Toyoda checked it out.

Tesla is continuing its campaign to convince the global automotive world that it's a real and viable carmaker, rather than simply a group of Silicon Valley electronics geeks who've managed to have another carmaker build 1,500 copies of an expensive all-electric two-seat supercar.

Toward that end, this week Tesla released several photos of the workshop at its Palo Alto, California, headquarters where prototypes of its 2012 Model S sedan are being engineered, assembled, tested, and torn apart again.

The Model S will be built in the former GM-Toyota plant in Fremont, California, that the company bought from Toyota in a surprise deal last May that also saw Toyota invest in Tesla.

While most analysts still expect Tesla to be bought by another automaker, the continuing and public progress of its work toward launching the Model S during the latter half of 2012 may be paying off.

The skepticism we hear now isn't over whether Tesla can launch the car, but whether they can do so on an extraordinarily tight schedule.

Chief engineer Peter Rawlinson, for one, remains confident. As you might expect.