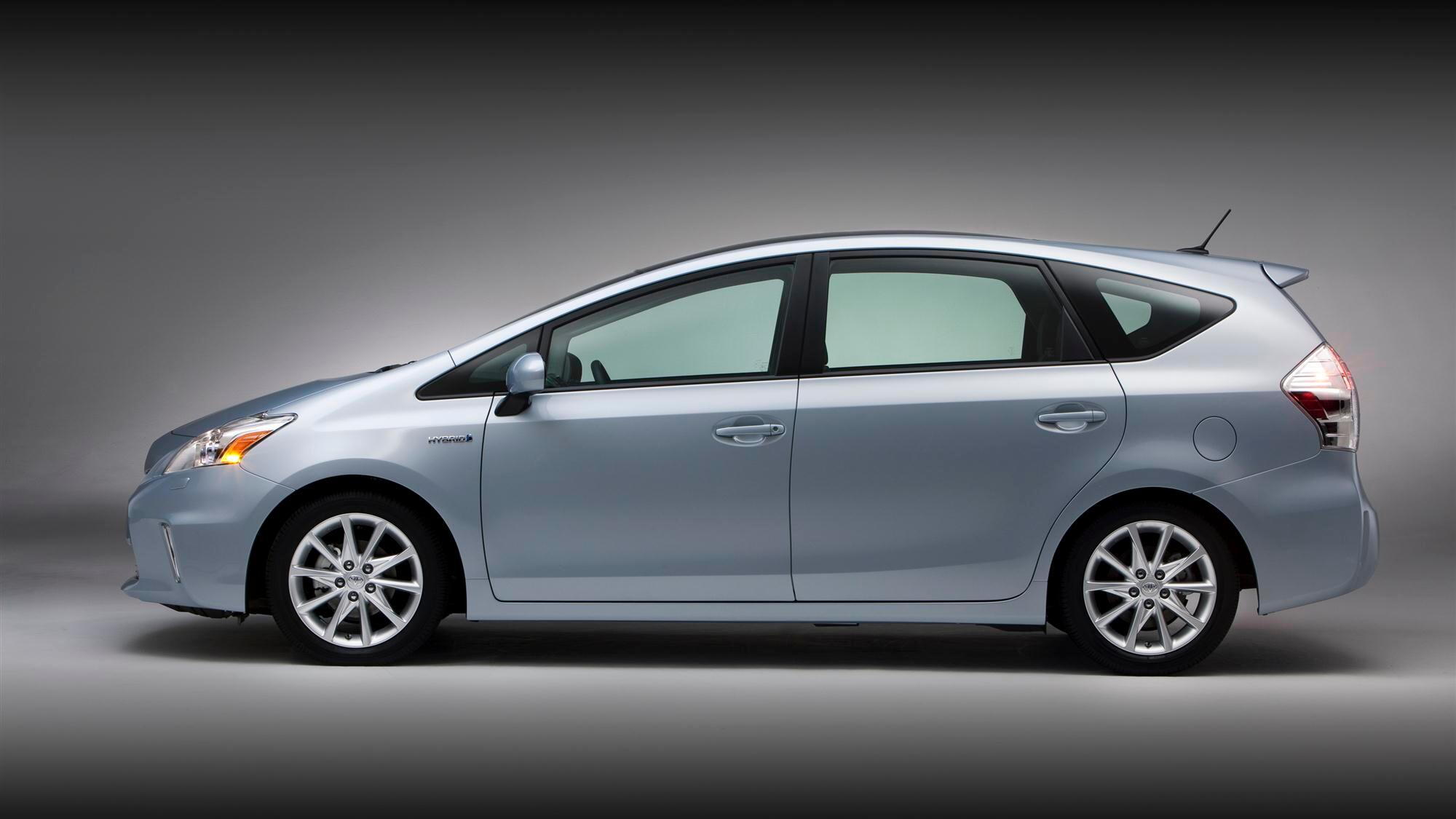 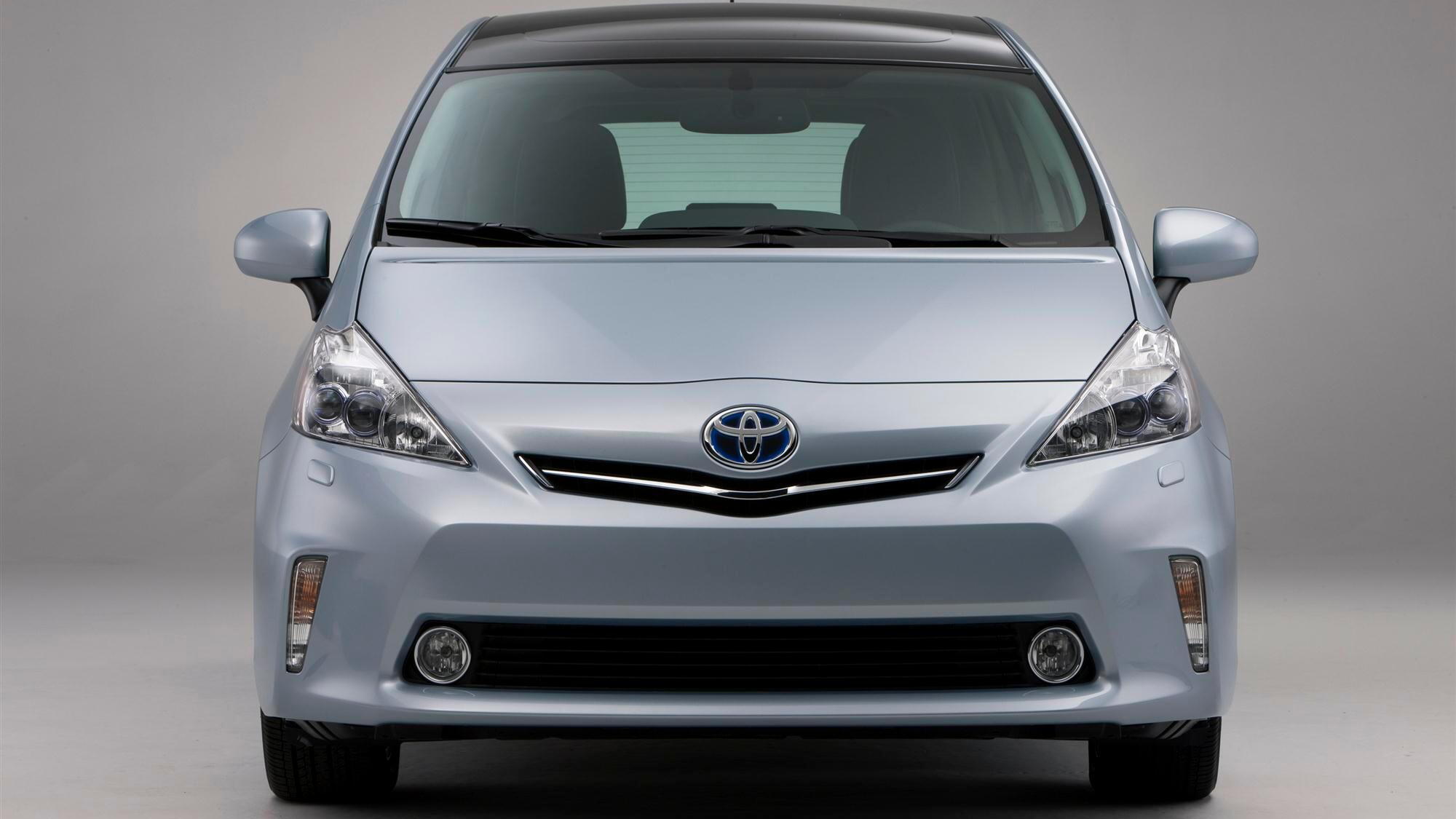 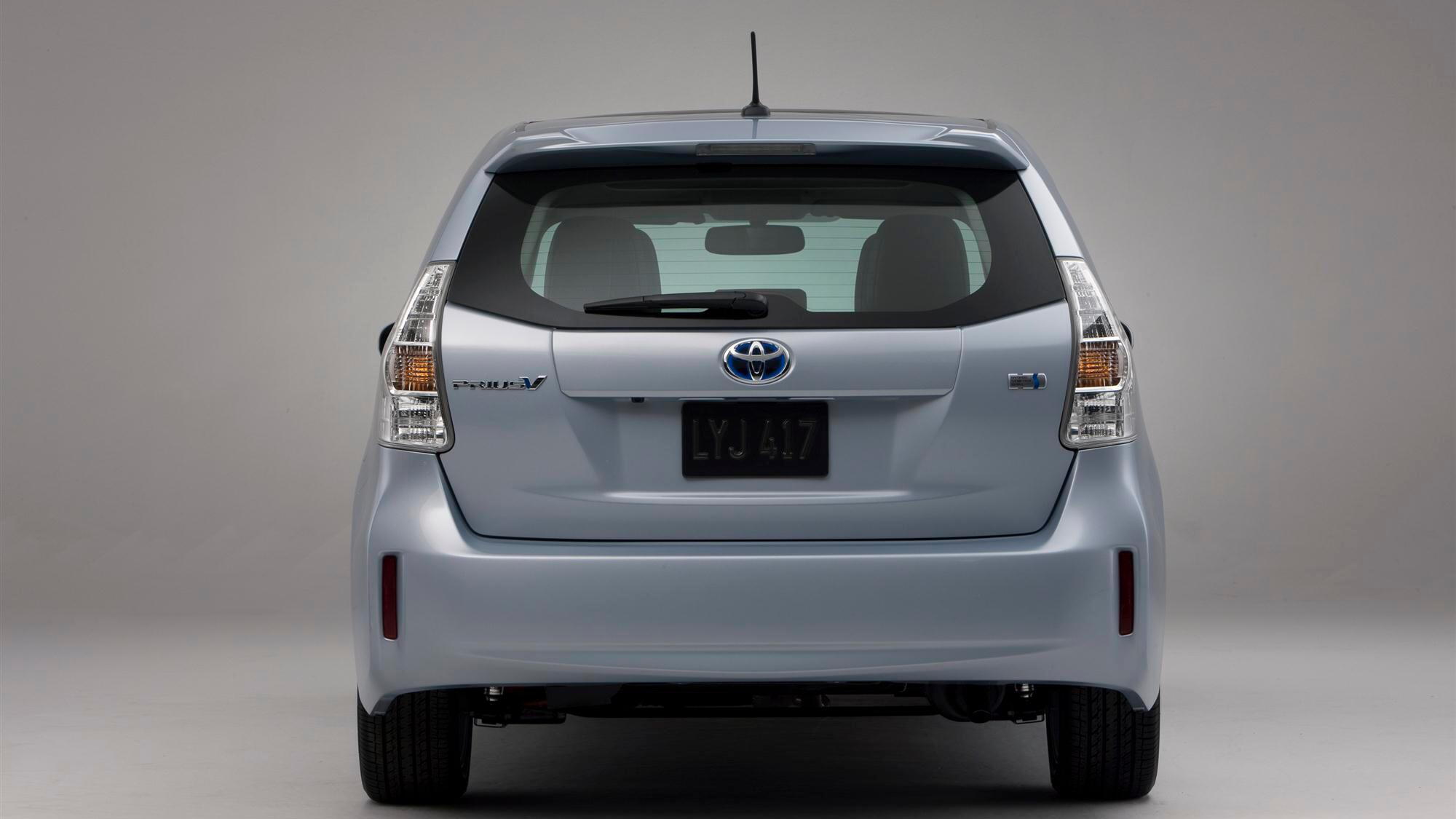 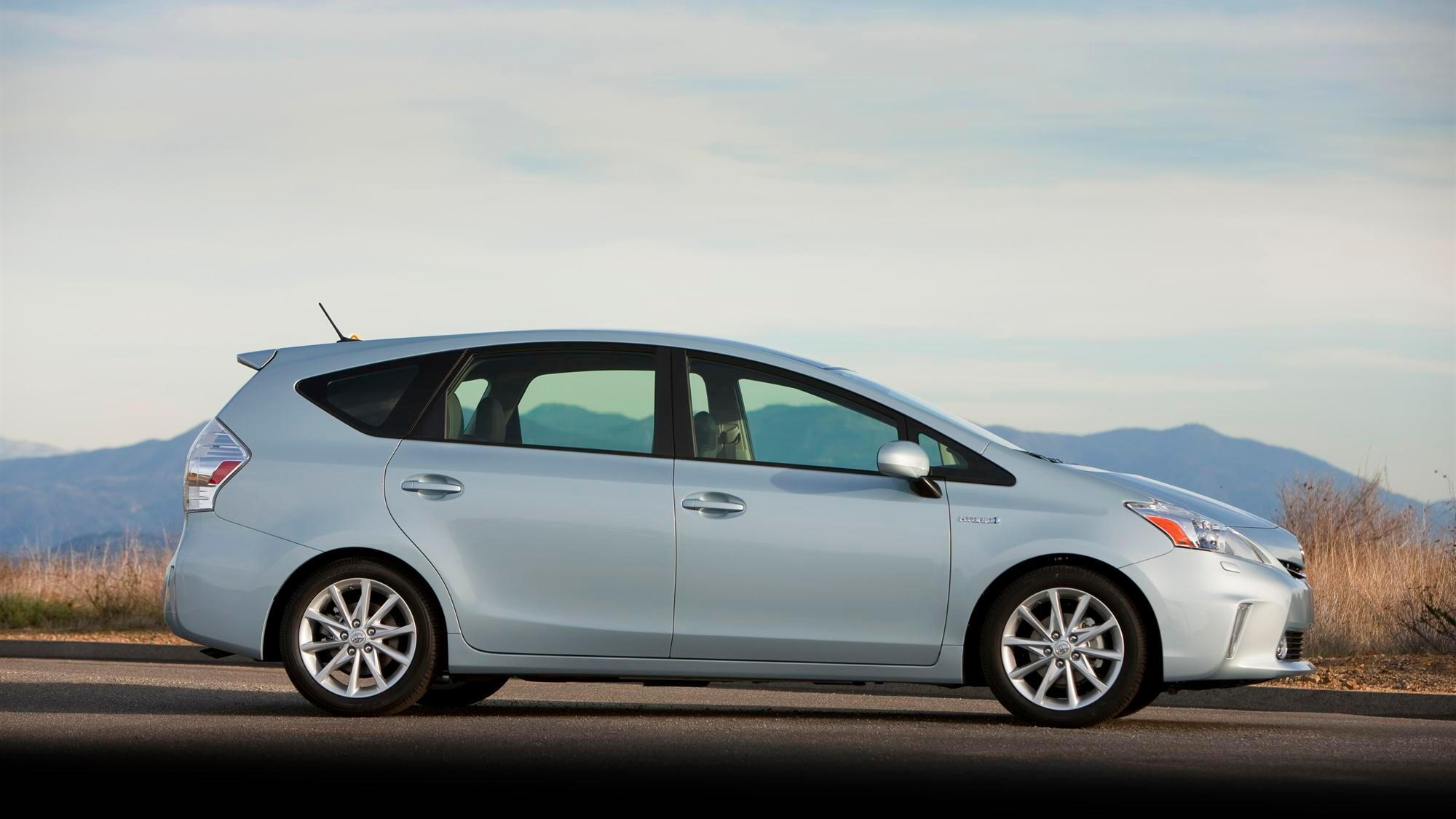 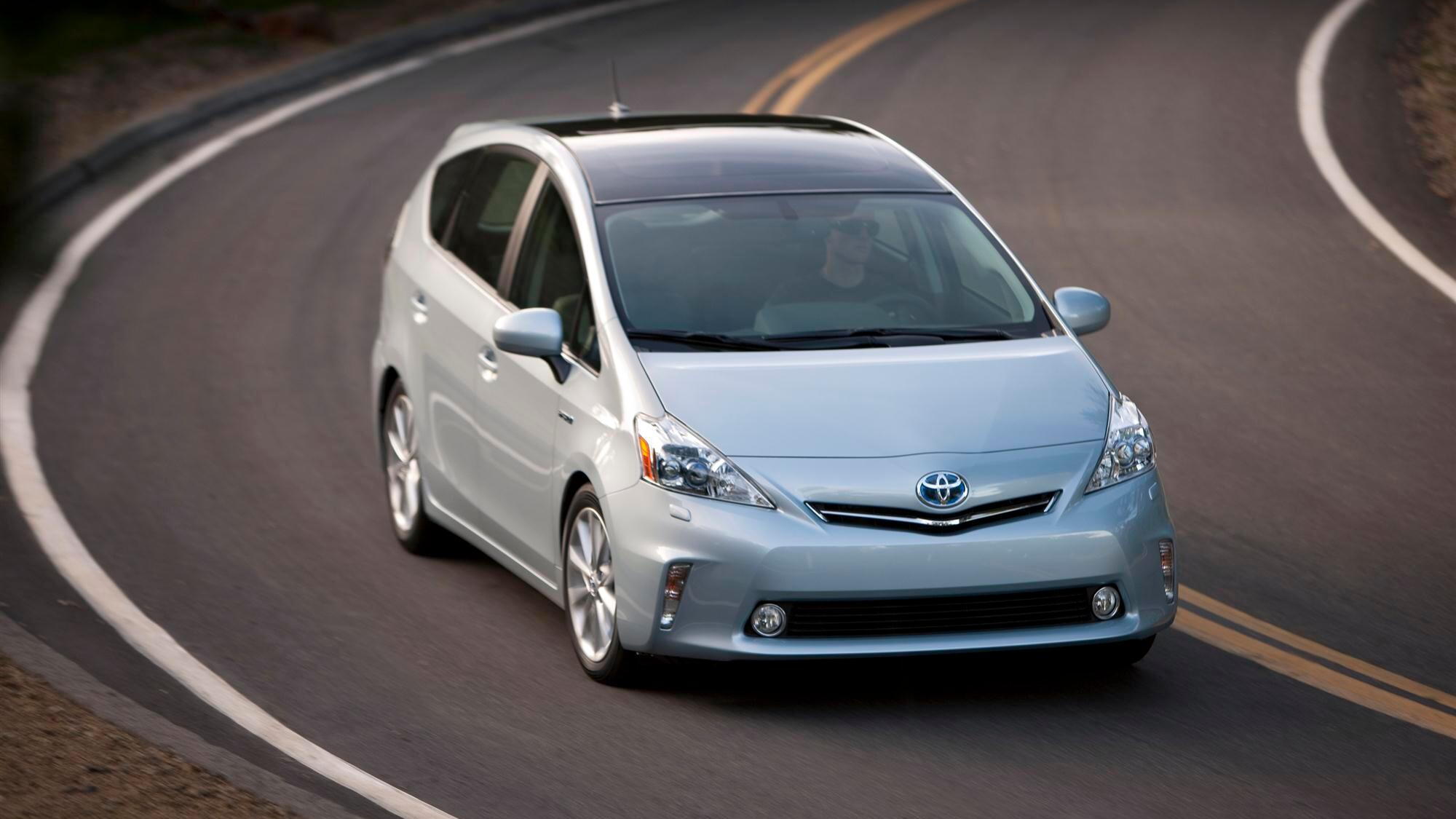 At 50 miles per gallon, the 2011 Toyota Prius five-door hatchback is the most fuel-efficient car sold in the U.S.

But, says Toyota, its customers told the company they needed more room--for people, for stuff, for stretching out.

So the quintessential Prius hybrid is becoming not just a vehicle but a family. Its first new member is the Prius V, which you can view as somewhere between a station wagon, a tall hatchback, and a minivan-without-sliding doors.

Whatever you call it (Toyota just says the "V" means "versatility"), while the Prius V sits on the same platform as the hatchback and is recognizably a Prius, most of the sheetmetal is different. It's taller, longer, and squarer at the rear.

It uses the same 1.8-liter engine and Hybrid Synergy Drive system, and in comparison to the hatchback's EPA ratings of 51 mpg city, 48 mpg highway (50 mpg combined), the Prius V is rated at 42 mpg city, 38 mpg highway, for a combined rating of 40 mpg.

To put that in perspective against the hatchback's 50 mpg, the Prius V--with 50 percent more interior space--uses roughly 2 quarts more fuel every 100 miles.

Other features of the Prius V include a sliding second row of seats that include a 45-degree recline, 60/40 split seat back, and 34 cubic feet of cargo space behind the rear seats.

Toyota is offering for the first time on any car a Panoramic Moonroof with retractable power sunshades. Compared to a glass roof of the same size, its resin material weighs 40 percent less--contributing to fuel efficiency--as well as insulating against sun heat.

The Prius V will be the first car fitted with Entune, Toyota's multimedia and mobile communications system. It supports mobile apps, including conveniences like OpenTable and MovieTickets.com, plus travel services like live weather, traffic, and fuel information.

Music options include Pandora's personalized music, iheartradio with more than 750 stations, and the increasingly standard ability to control personal music players via USB or Bluetooth streaming.