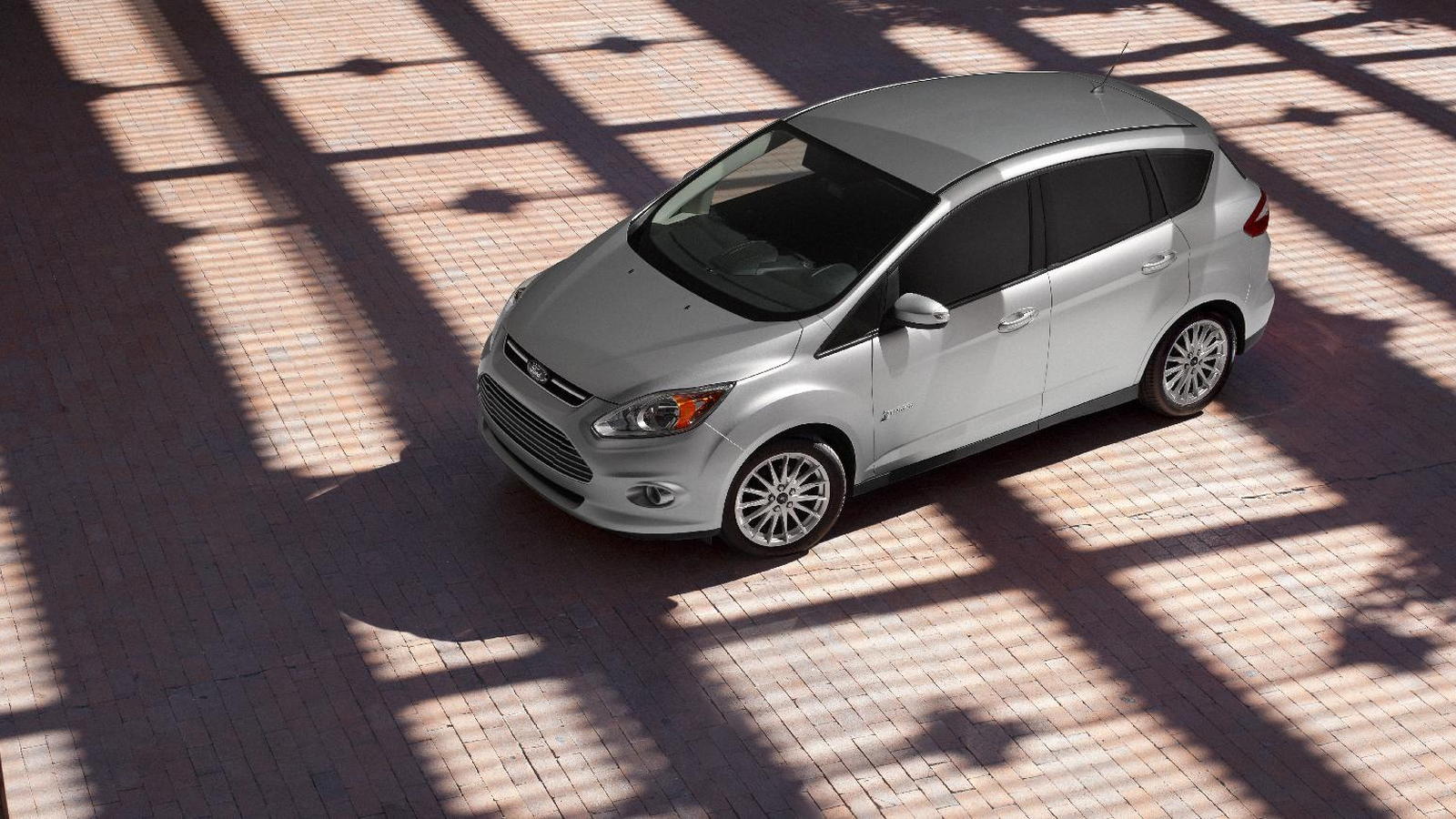 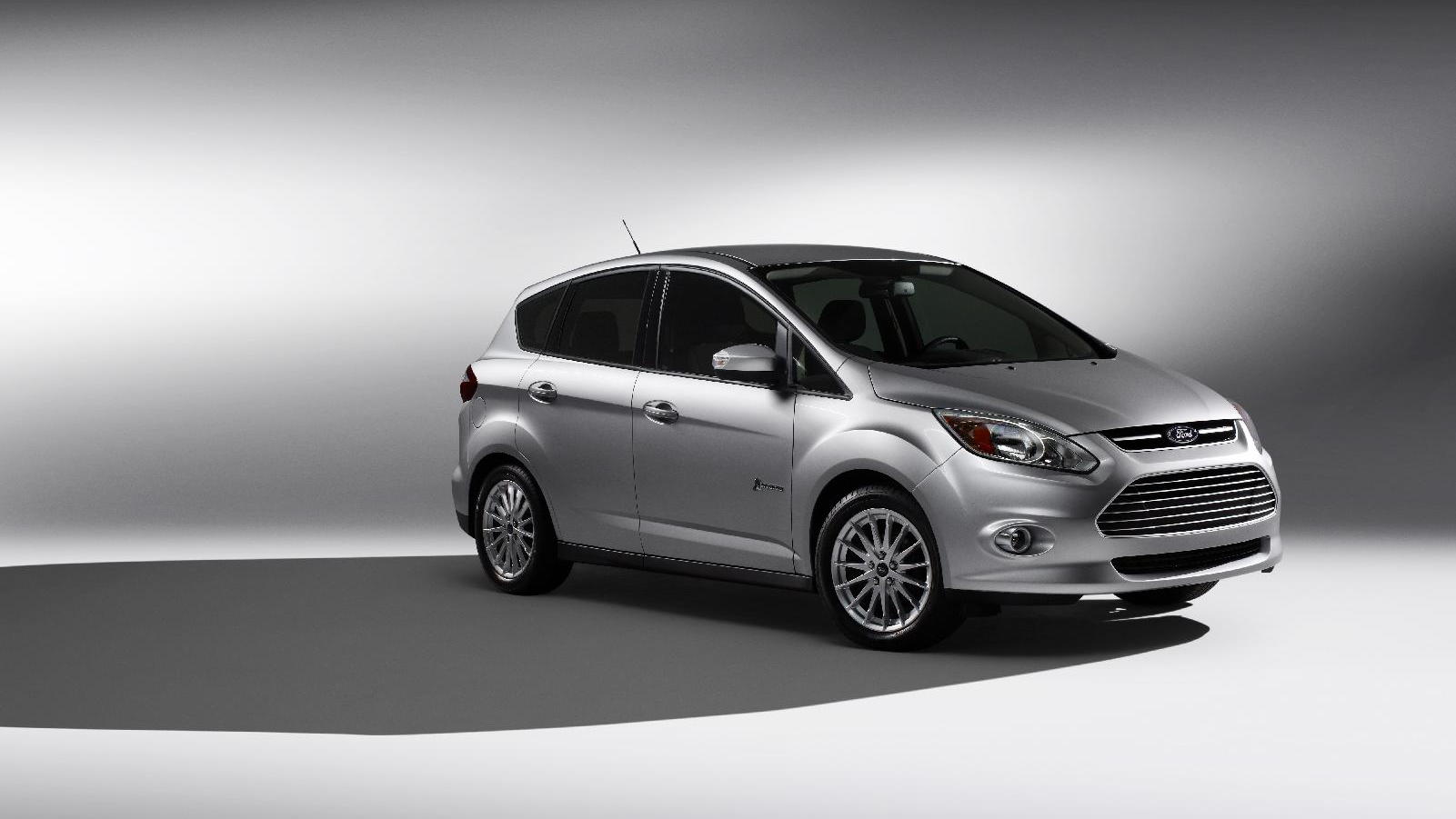 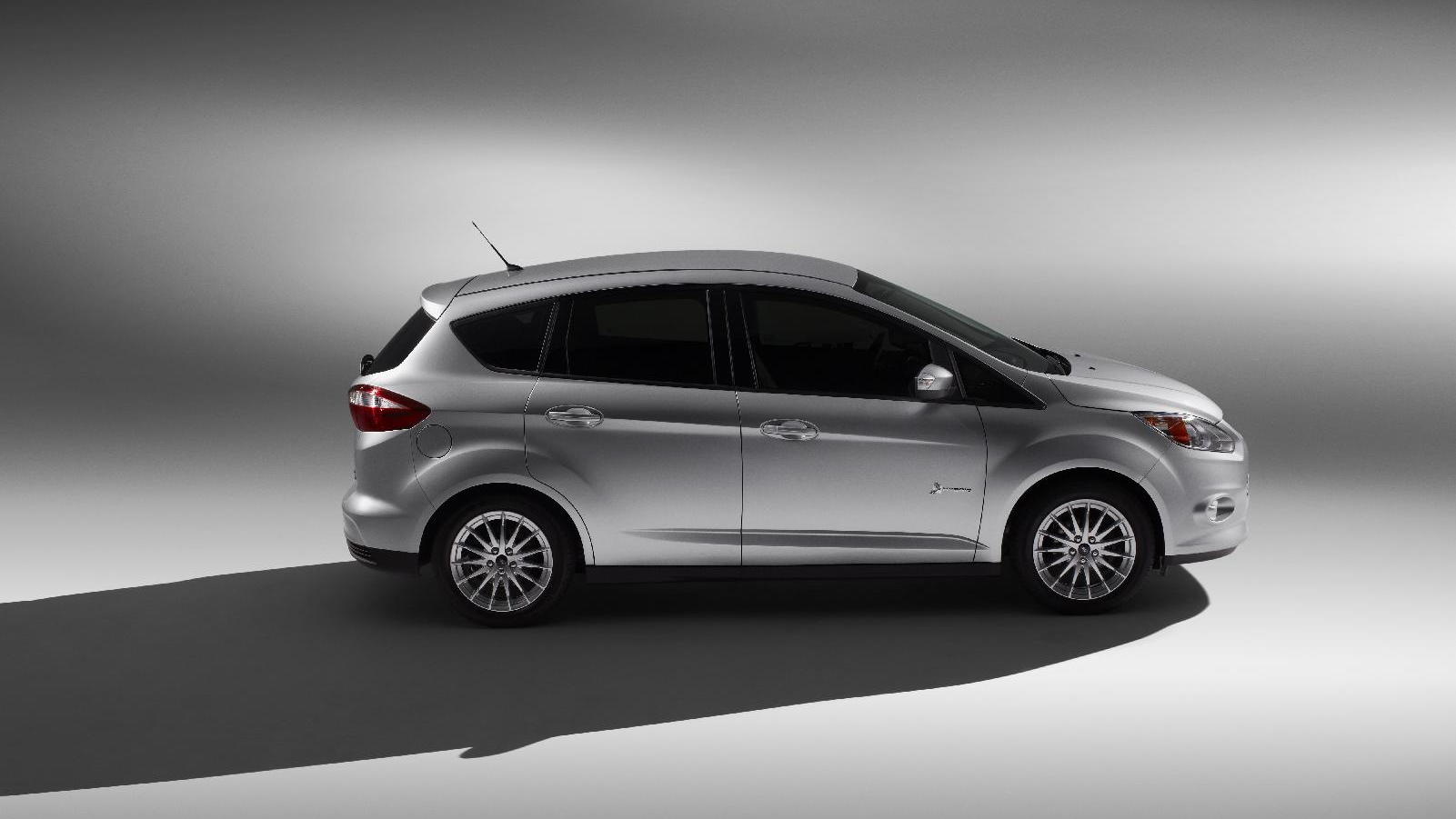 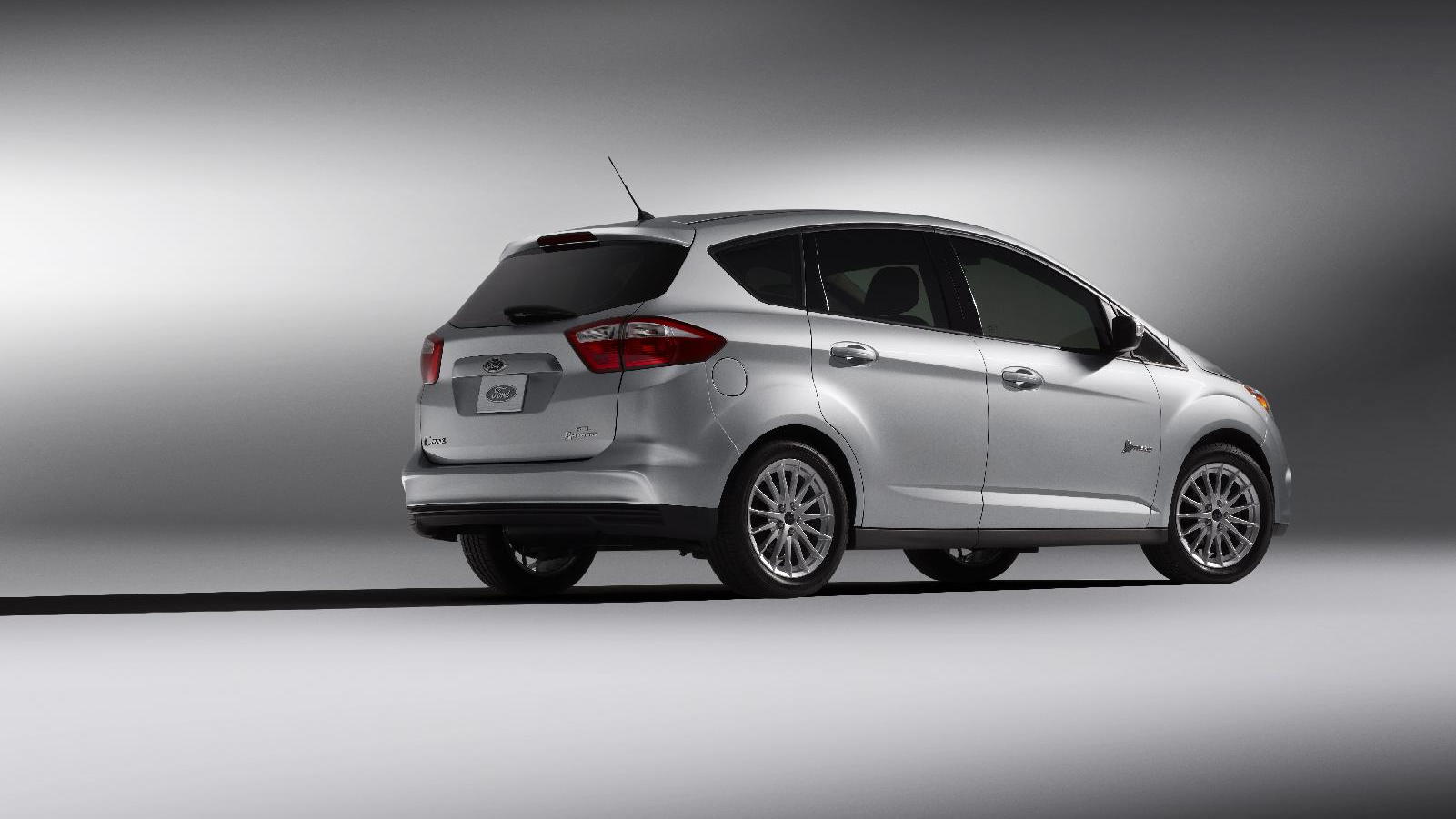 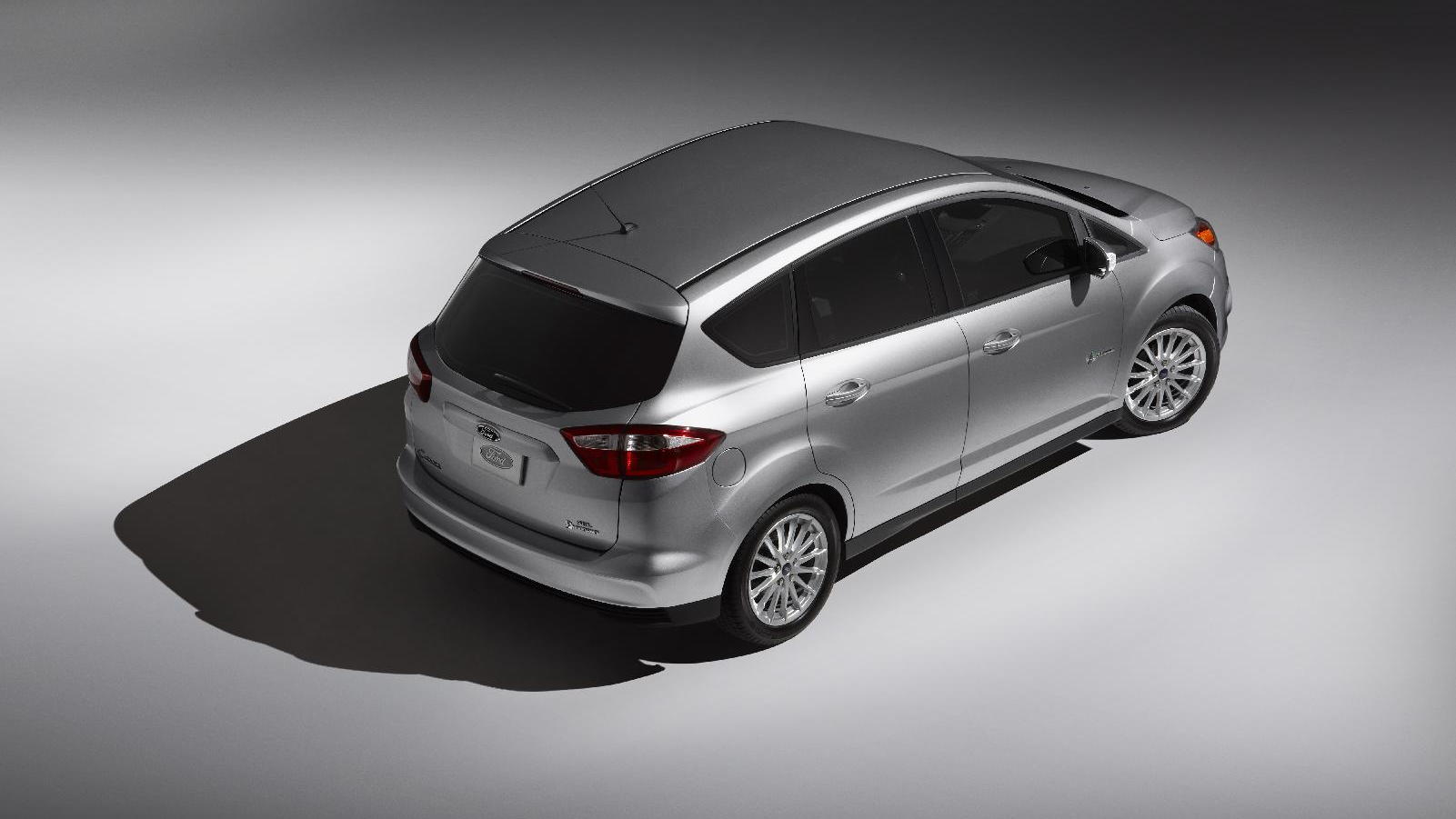 While Toyota dominates global hybrid production, Ford was the first company to launch a hybrid SUV: the Ford Escape Hybrid, in 2004.

Now, Ford is pioneering another hybrid model: the small minivan, or as Europeans call it, the people carrier.

Between 10 and 10:30 am today at the Detroit Auto Show, Ford will pull the wraps off a pair of hybrid 5-seat small minivans: the C-Max Hybrid, and the plug-in hybrid C-Max Energi.

They will be launched roughly three hours ahead of another hybrid small minivan, the Toyota Prius V, which will be unveiled shortly after 1 pm the same day.

The two cars will go on sale in North America during 2012, and in Europe the following year. That puts Ford neck and neck with Toyota, which plans to put a production version of its Prius Plug-In Hybrid on sale midway through 2012.

It's important to note that the C-Max concepts shown at the 2011 Detroit Auto Show are a shorter version of the C-Max than the one that will go on sale in the U.S. as the 2012 Ford C-Max.

Five seats, with or without plug

Not only is the C-Max Energi the first plug-in hybrid Ford will sell, but both vehicles use a lithium-ion battery pack, Ford's first. That technology is expected to be used in all future Ford hybrid models as they're redesigned, including a new Fusion in 2012.

Lithium cells are both more powerful and lighter than the nickel-metal hydride technology used to date in all Escape Hybrids and Fusion Hybrid sedans. Ford says they're up to 30 percent smaller and 50 percent lighter those used in its older packs.

Better mileage than the Fusion Hybrid ...

Ford stresses that it wants to offer buyers a choice of fuel efficient vehicle technologies, from high-mileage gasoline engines to its hybrid range. Now, it will add a plug-in hybrid that can recharge its pack from grid power (as well as an all-electric Focus sedan).

So for gas mileage, the all-important proof of a hybrid's efficiency, how will the new C-Max hybrids do when they go on sale?

And it says the C-Max Energi plug-in hybrid will travel more than 500 miles on a single tank of gas, the longest range of any plug-in vehicle on the market.

Ford also tweaks Chevrolet by noting that the C-Max Energi will qualify for California's AT-PZEV status, meaning it can get the single-occupant HOV Lane access sticker denied to the 2011 Chevy Volt.

Moreover, it will deliver better fuel efficiency in gasoline mode than the Volt, which the EPA rates at 37 mpg when the range-extending gasoline engine switches on.

Ford promises that the C-Max Hybrid will operate in all-electric mode at even higher speeds than the Fusion Hybrid's 47-mph maximum, itself usefully higher than the 30-mph maximum in Toyota's various hybrid vehicles.

To keep costs down and make production of the two hybrid variants possible, Ford has attempted to reuse as many components of the Hybrid in the Energi as possible--among them the hardware for the control system circuitry.

On the outside, excluding the badges (and a charge door on the Energi's left-front fender), the C-Max hybrids are similar styled to the standard C-Max. If you didn't notice the shorter wheelbase, or count the seats, you might never notice the difference.

That charge door carries a little visual cue for its function, however: As in the Focus Electric, the light ring around the charging port flashes twice when connectivity is achieved.

As the C-Max Energi charges, quadrants of the ring illuminate, flashing to show charge in progress and showing solid when that stage of charging is done. Owners will know their C-Max is fully charged when the entire ring is lit.

Both C-Max hybrid concepts are built on Ford's global platform for compact cars, which now hosts the 2012 Ford Focus (in four-door sedan and five-door hatchback bodies), the 2012 C-Max, and several vehicles yet to be announced.

Among those is an anticipated replacement for the aging Escape crossover SUV that may be announced at the same press conference.

The two C-Max hybrids, the Transit Connect Electric small commercial delivery van, and the just-announced Focus Electric sedan are four of five electrified vehicles Ford says it will introduce by 2012; the fifth is expected to be an Escape Hybrid replacement.

The C-Max and its hybrid variants will be built for U.S. sale at Ford's Wayne, Michigan, assembly plant. The same plant now builds the 2012 Focus, and will also build the Focus Electric that was launched Friday at CES in Las Vegas and also in New York.

For Europe, the pair of hybrid C-Max models will be built in Valencia, Spain. They will be the first hybrids Ford has built and sold outside North America.