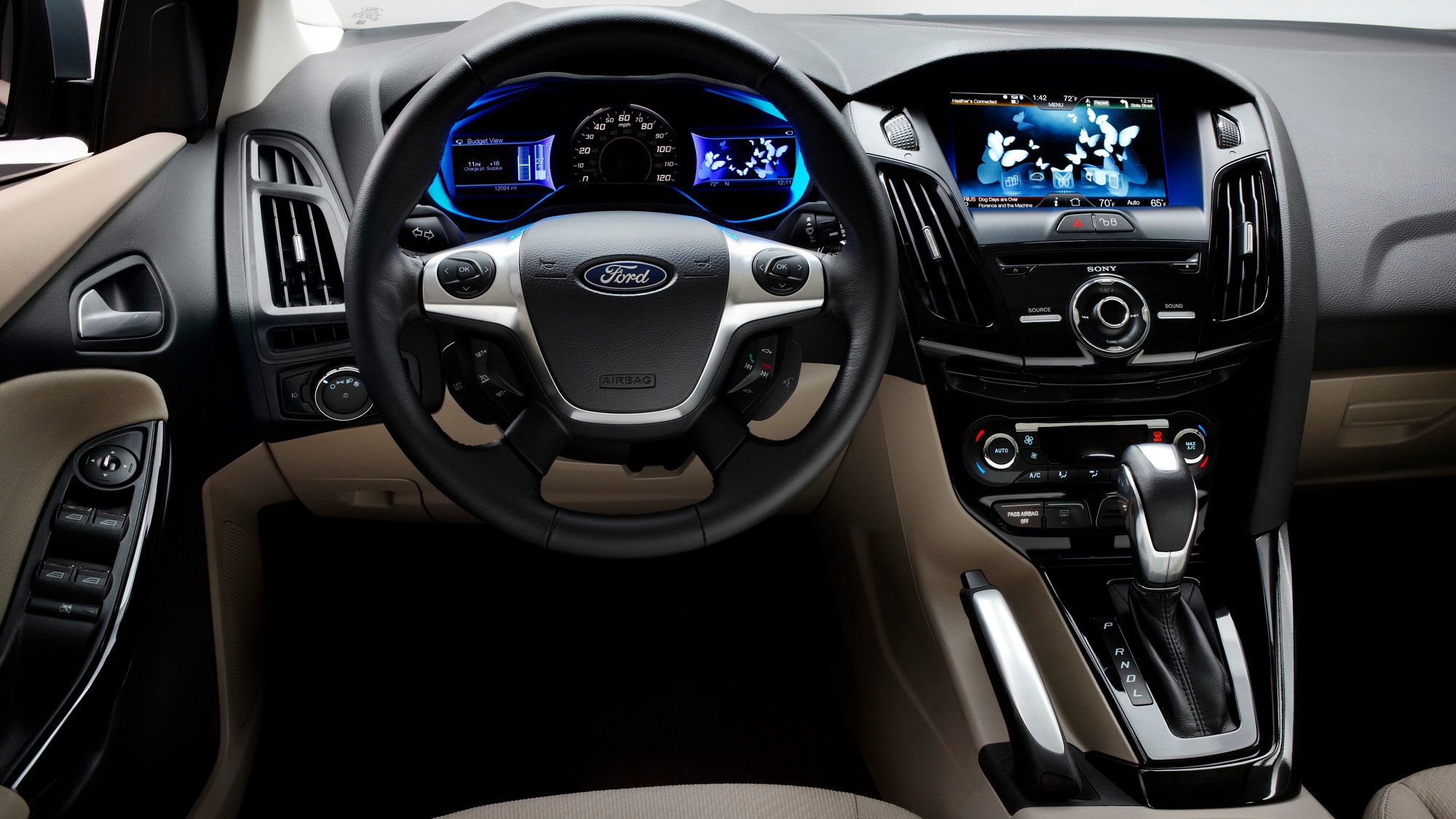 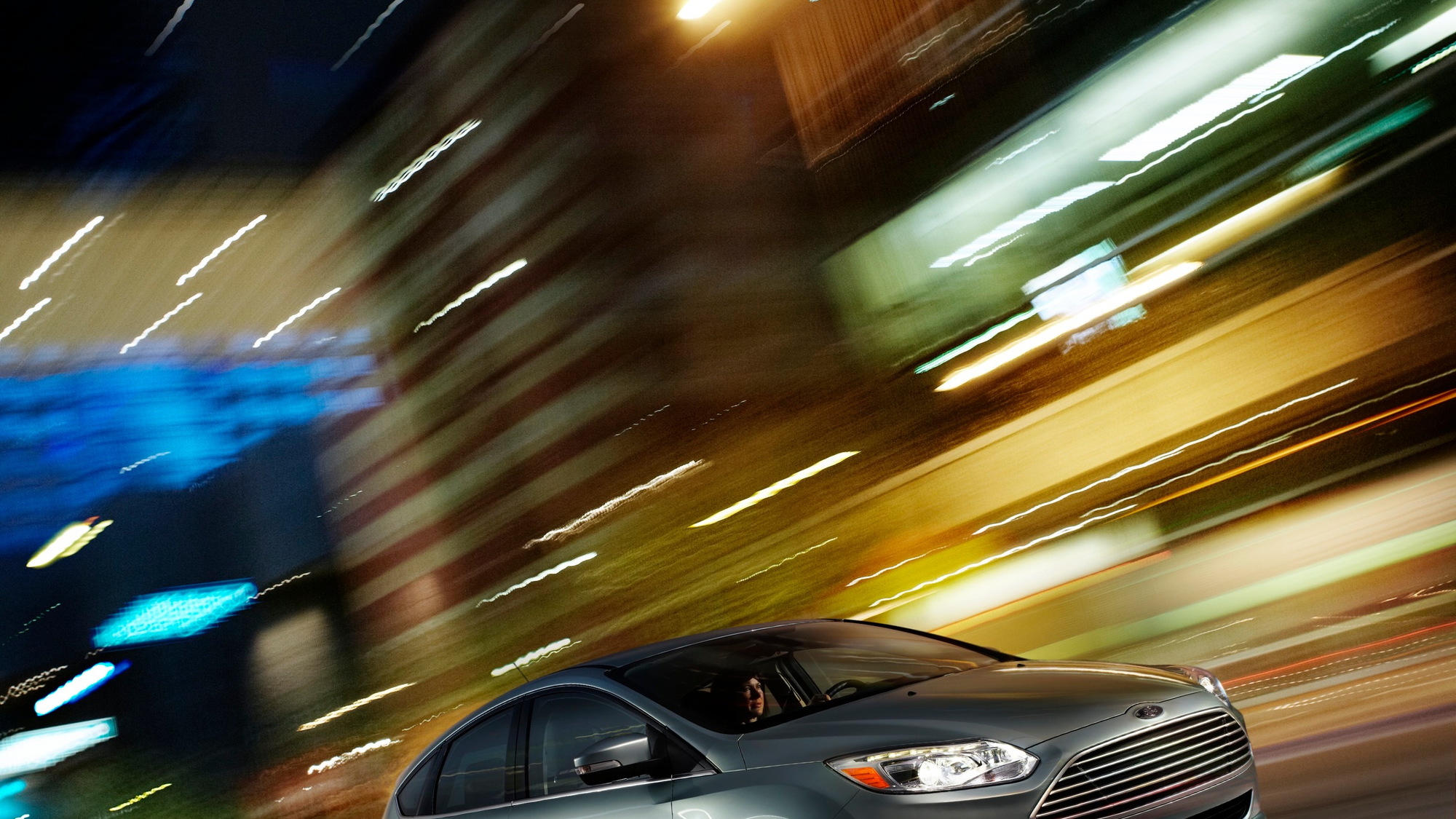 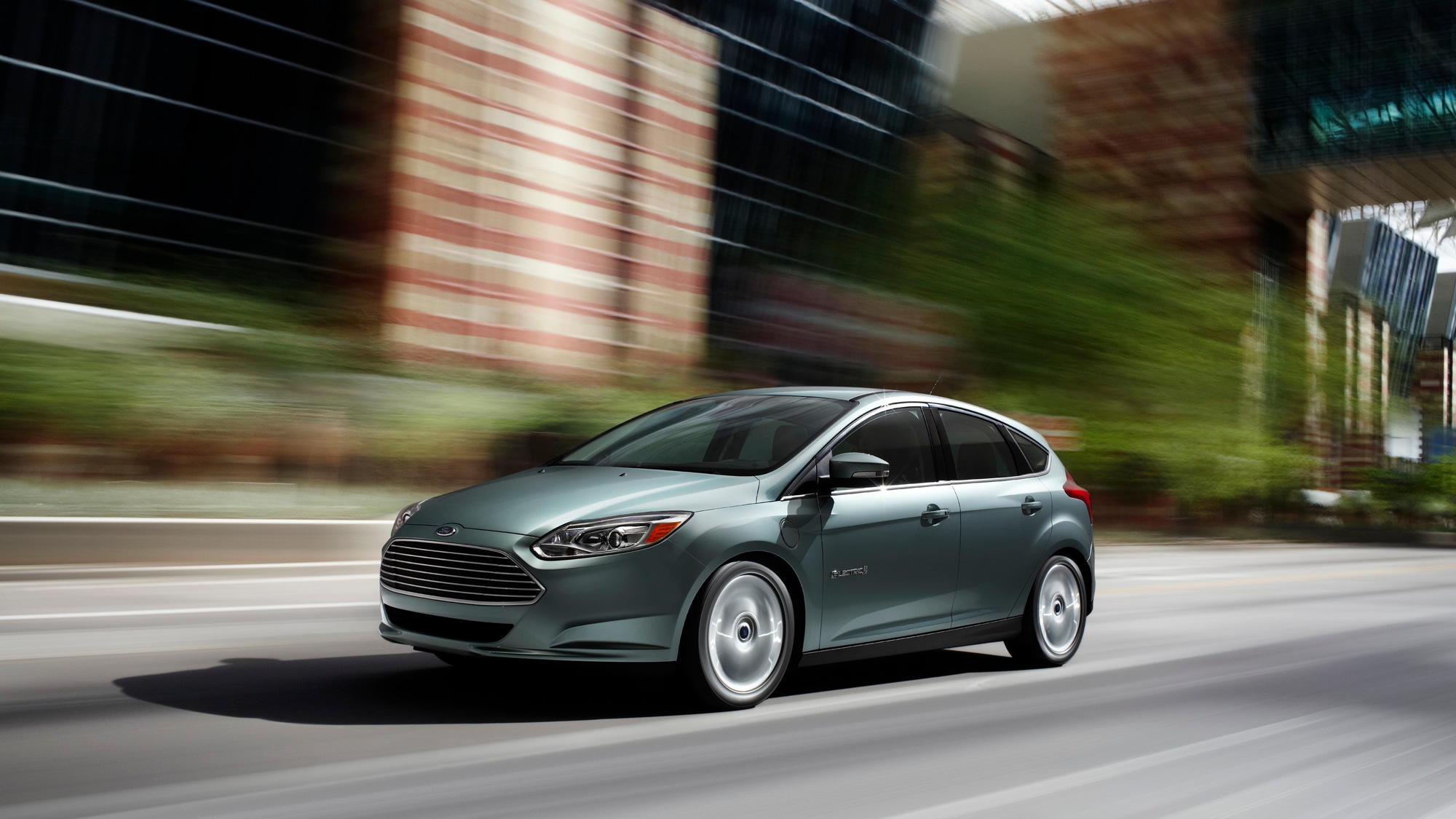 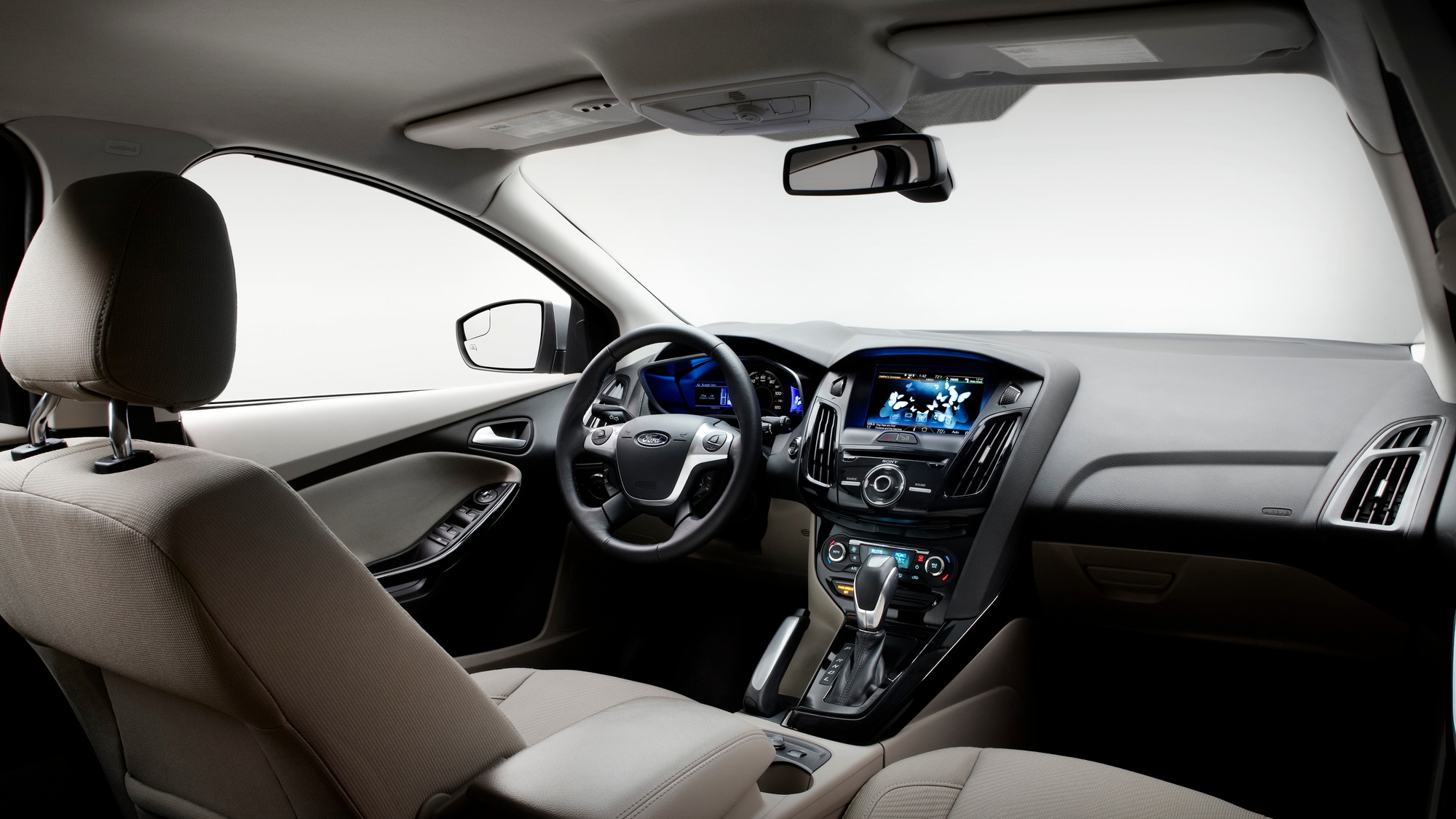 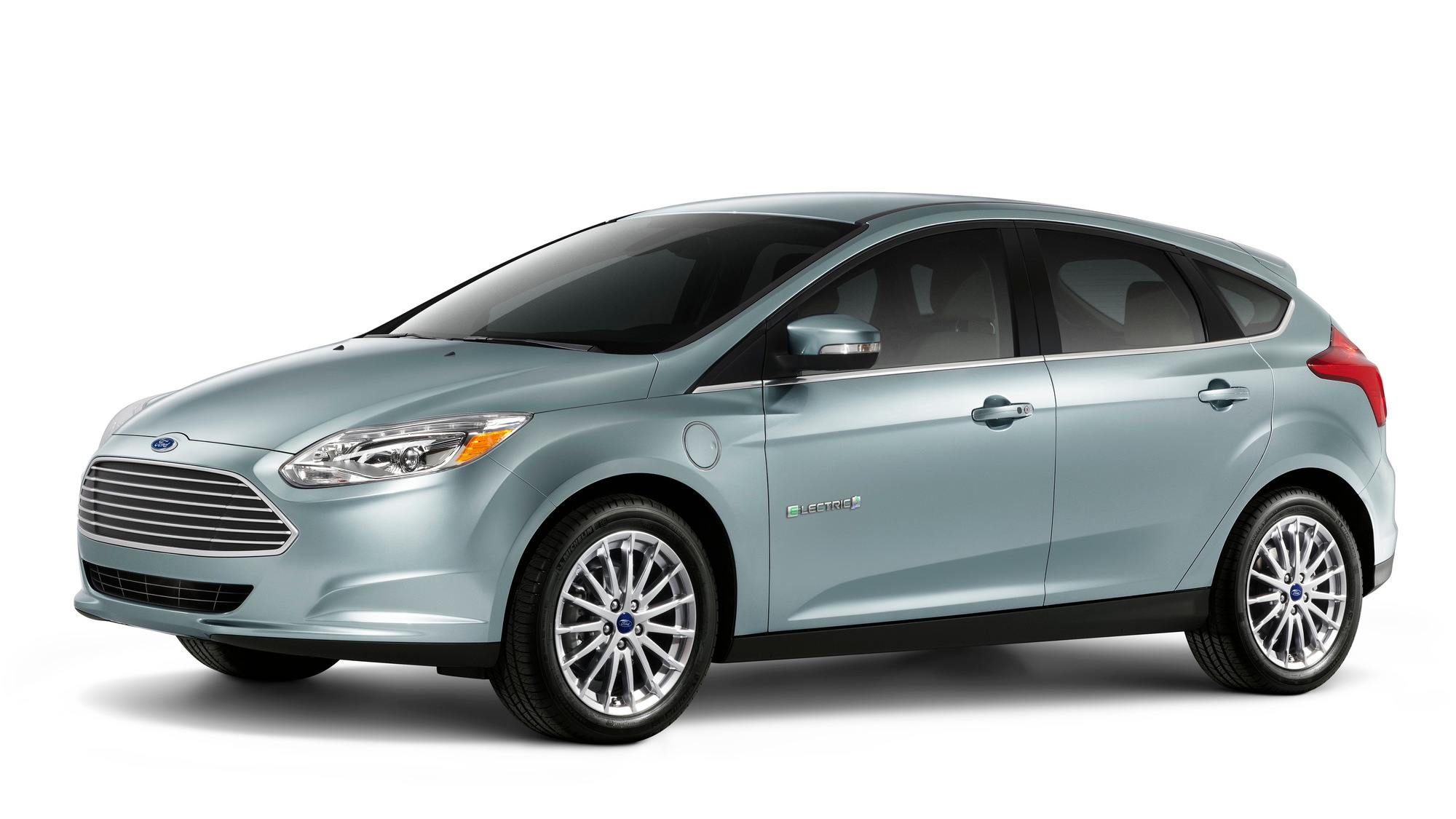 Earlier this week Ford hinted on the social media network site Facebook that it had plans to unveil an all-electric car at the 2011 Consumer Electronics Show in Las Vegas. From the shots it released, we guessed the announcement would include an all-electric Focus.

As suspected, Ford CEO Allan Mulally has just pulled the veil off the first of five all-electric production vehicles planned by Ford to be released during 2012/13: the 2012 Ford Focus Electric.

Based on the newly designed 2012 Ford Focus Hatchback, the Focus Electric features five seats, a special version of Ford’s newly announced MyFord Touch driver connect technology and all of the creature comforts you’d expect from a compact vehicle.

Also included as standard are heated front seats, which help improve range and use much less power than cabin heating.

Under the hood, a 100 kilowatt AC motor provides 181 lb.-ft of torque and can propel the Ford Focus Electric to a top speed of 84 mph.

The battery pack is thermally controlled, providing both liquid cooling or heating when required to keep the batteries at optimal temperature.

Charges Faster Than a LEAF

Last year, Ford announced that the Ford Focus EV would ship with a 110V Convenience charging chord, allowing owners to plug in wherever a standard domestic outlet was available.

But what Ford didn’t say at the time was that the Focus Electric would also feature the ability to charge from empty using a Level 2 EVSE unit in under 4 hours - much faster than the 7 hours the 2011 Nissan LEAF takes to charge its 24 kilowatt-hour battery pack.

This is due to an on-board 6.6 kilowatt charger, twice the power of the on-board chargers found in both the 2011 Nissan LEAF and 2011 Chevrolet Volt.

In keeping with the trend of interconnectivity between electric cars and mobile devices, Ford’s Electric Focus will launch with its own smart phone apps and dedicated website.

Owners will be able to interact with their cars remotely, motoring state of charge, program settings, precondition the car’s climate control before a journey and even remotely lock, unlock and locate the car using GPS.

Microsoft, whose operating system lies at the heart of Ford’s MyFord Touch system has also collaborated with Ford on a new feature, called “value charging”. Using a connection to the Internet, the system determines when is the best economic time to charge the car.

Aside from the unimpressive top speed, the only other flaw we can cite thus far is the placement of the Focus’ battery pack.

Although the car features 60/40 foldable rear seats the large battery pack prevents a completely flat load bay. While it isn’t a deal-breaker for most, we think a more sensible battery arrangement would have improved the versatility of the car.

Has Ford built a direct competitor to the 2011 Nissan LEAF? We think so. Nissan, prepare to meet your challenger.