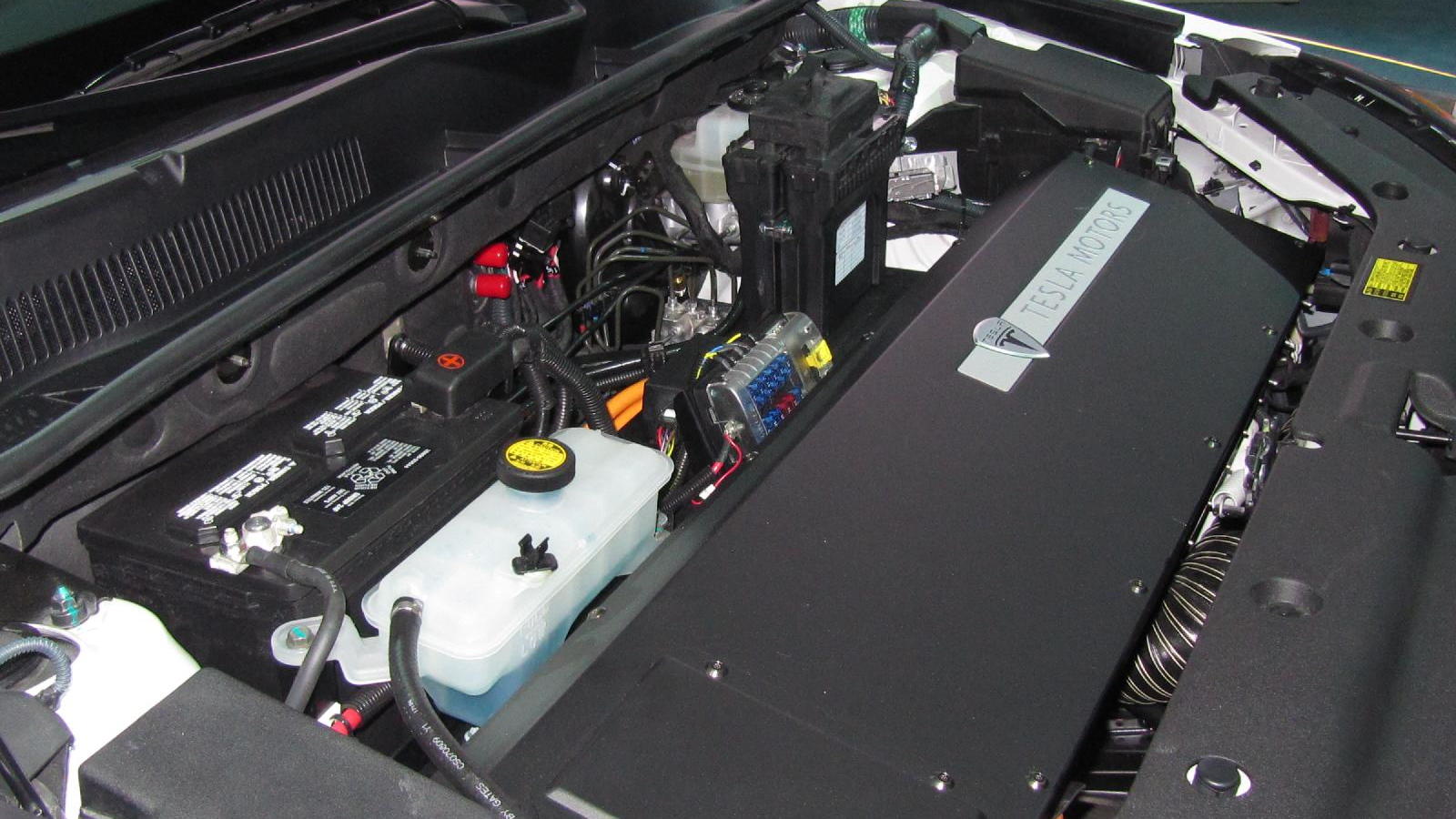 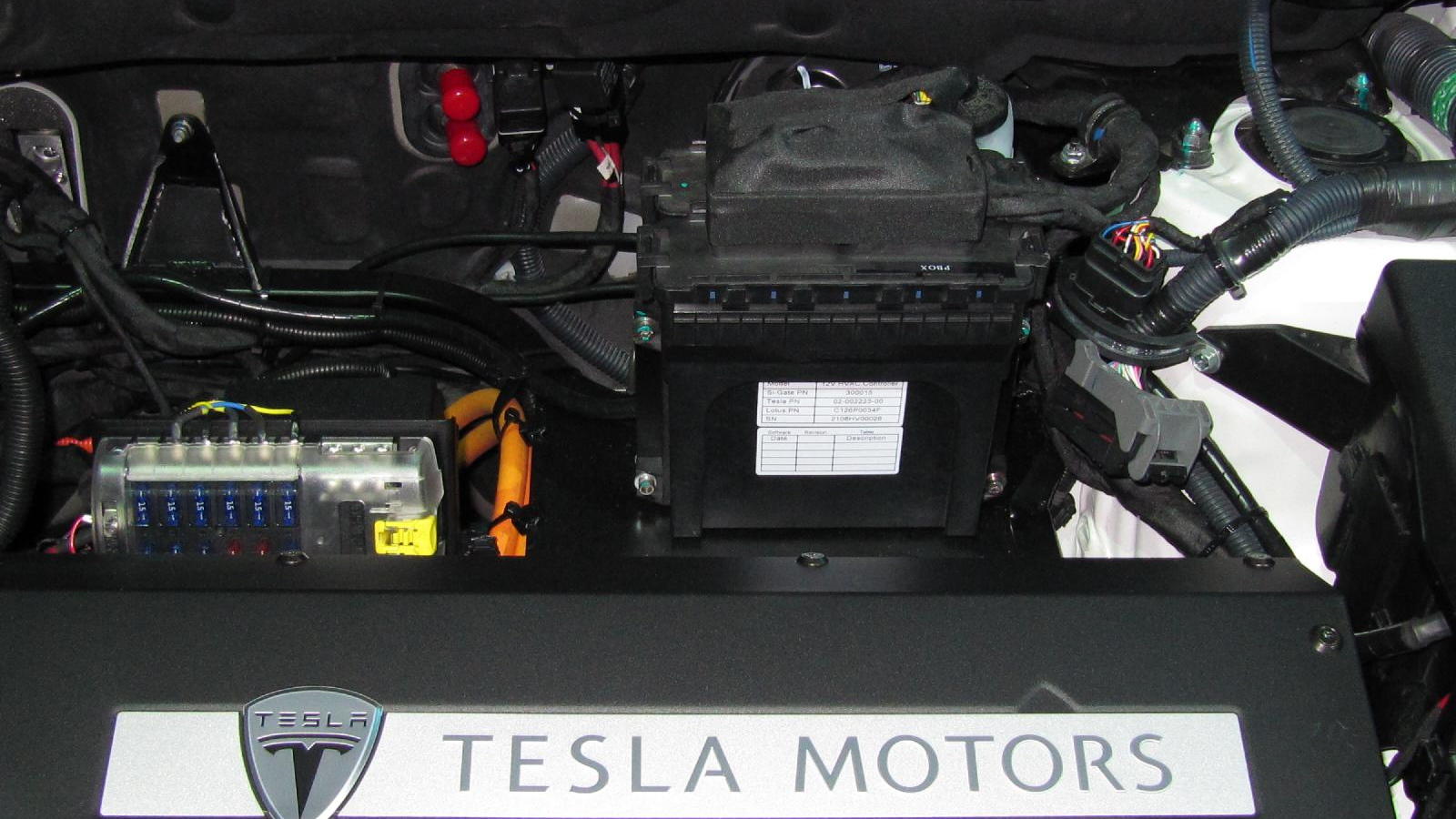 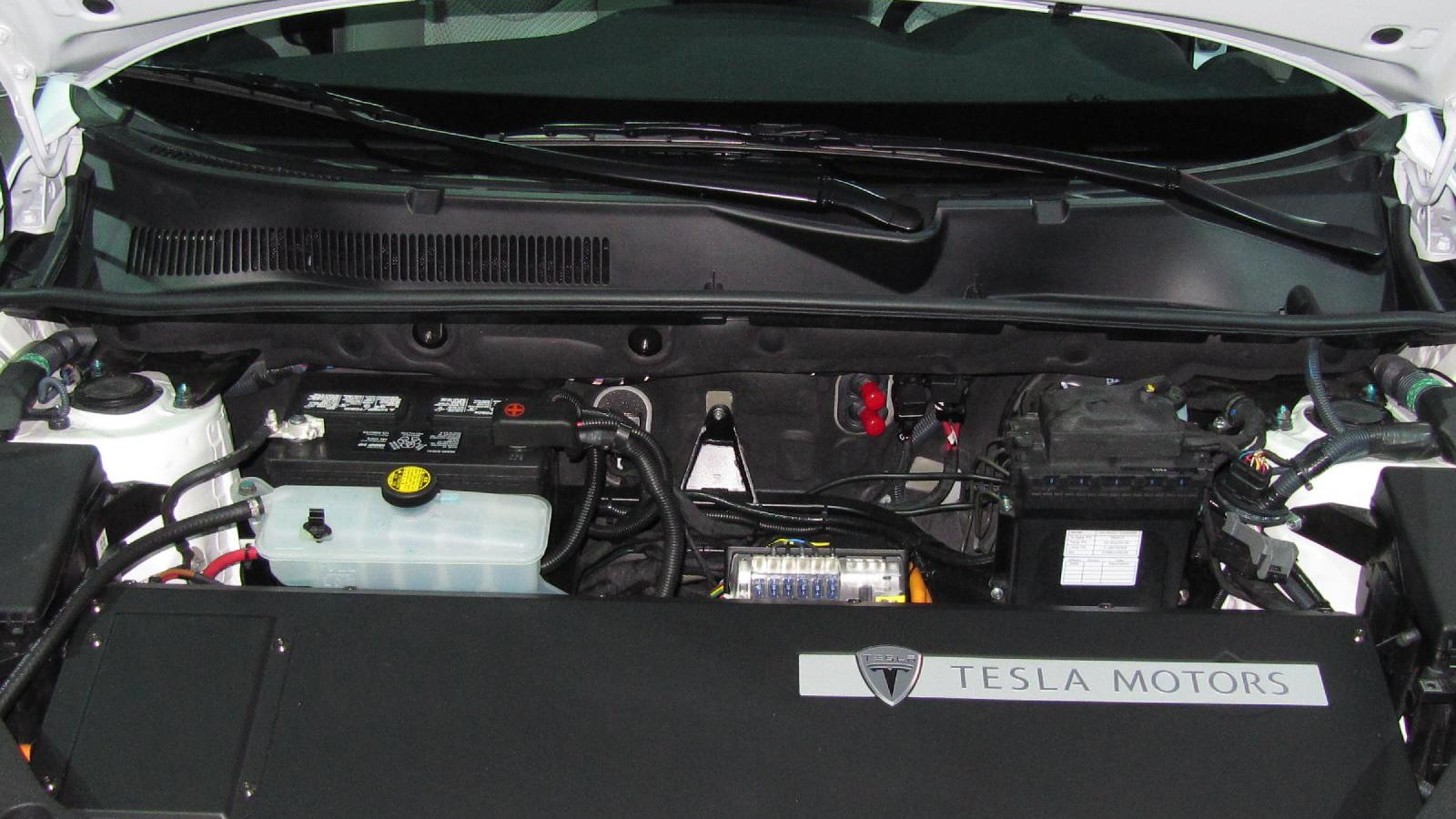 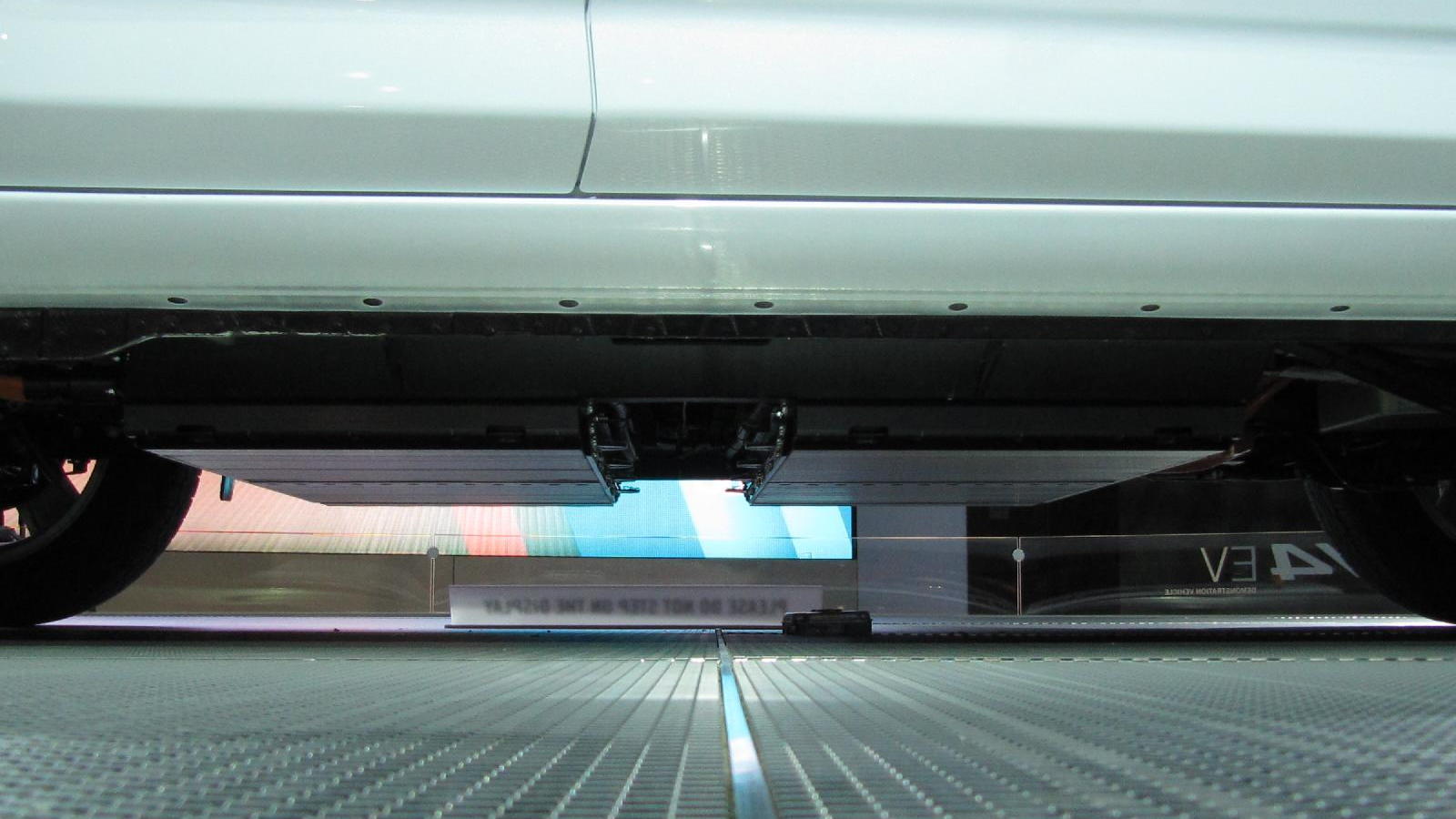 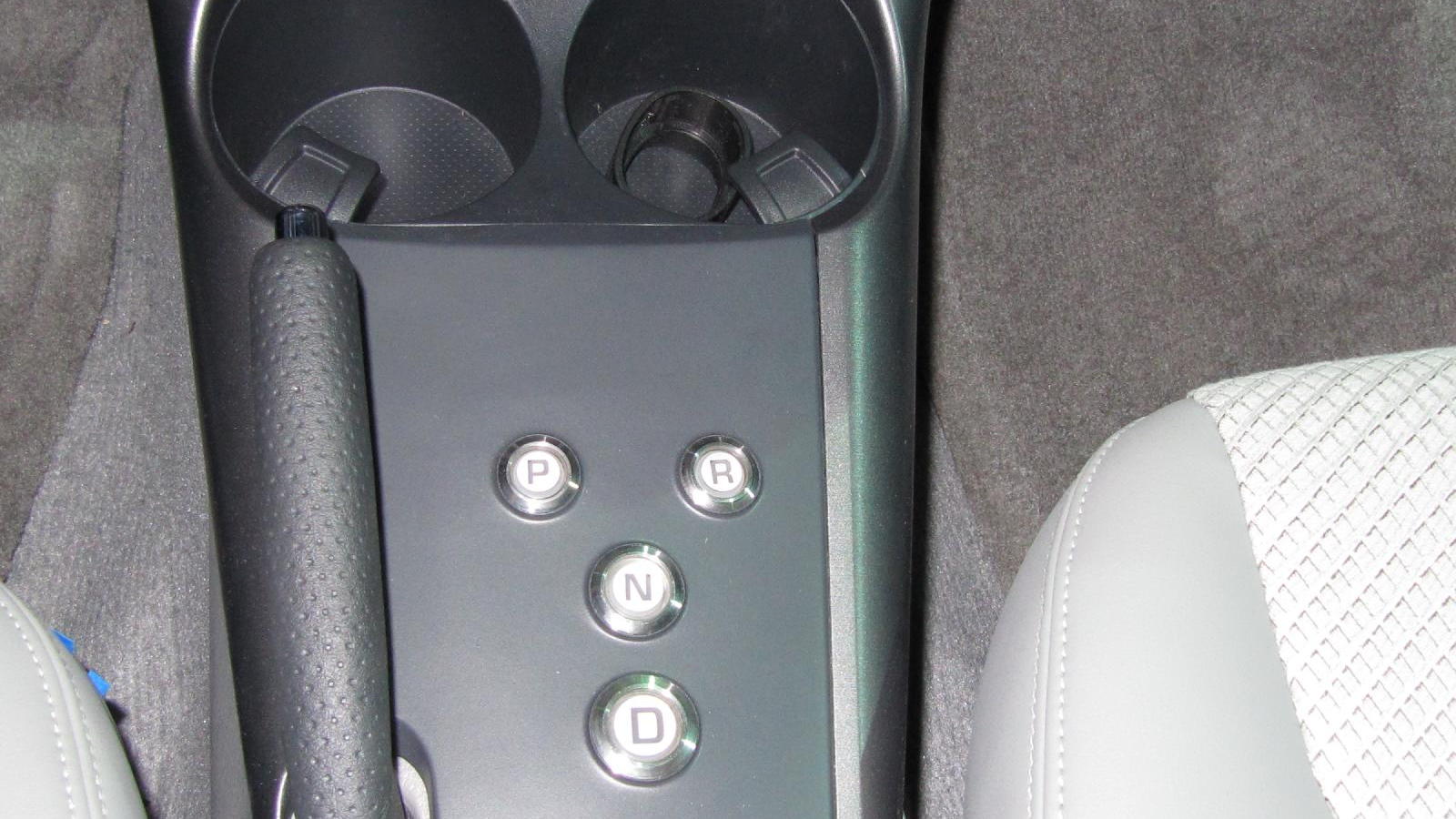 There's a lot we don't know about the 2012 Toyota RAV4 EV that Japan's largest automaker is prototyping with Silicon Valley startup Tesla Motors.

That includes the battery pack size, traction motor power, and stated range--although 100 miles is the goal, according to Jim Lentz, president of Toyota Motor Sales USA, who presided over yesterday's press announcement.

Battery packs under the floor

But now we know a little more about such basics as the component location.

This photo gallery shows that the battery pack is split into two portions, one under the front seats and one under the rear seat.

Like the packs for the 2011 Smart Electric Drive and Mercedes-Benz A-Class E-Cell that Tesla also builds under contract for Daimler, they are close to the full width of the vehicle but appear to be less than 6 inches tall.

The Daimler packs are each 16.5 kilowatt-hours, though since the RAV4 is wider than either the A-Class or the Smart ForTwo, we would surmise that each of the Toyota packs will carry more modules for a higher energy rating.

Toyota stressed yesterday that final specifications, including precise energy content of the battery pack, have not yet been settled. So any guesses on numbers would be premature, though our guess would be that the pack will total between 30 and 40 kWh.

Control and power electronics are housed in a gray metal box that spans the full width of the engine compartment, toward the front.

And the drive motor is entirely hidden underneath the combination of the grey "Powered by Tesla" box, a relocated 12-Volt battery and windshield-washer fluid reservoir, along with a handful of other electric components.

The prototype, while tidy enough on the outside, is clearly a work in progress. While it clearly runs--it was driven into the preview yesterday--a number of details remain.

Under the hood, for example, the angled hood support rod just lies there, with Toyota's usual neat clip for it sacrificed to fit in some component or other.

Inside, except for the instrument panel message saying "Powered by Tesla," the only visible major change is the substitution of Tesla's trademark push buttons in a flat panel on the console for the Toyota shift lever between the seats.